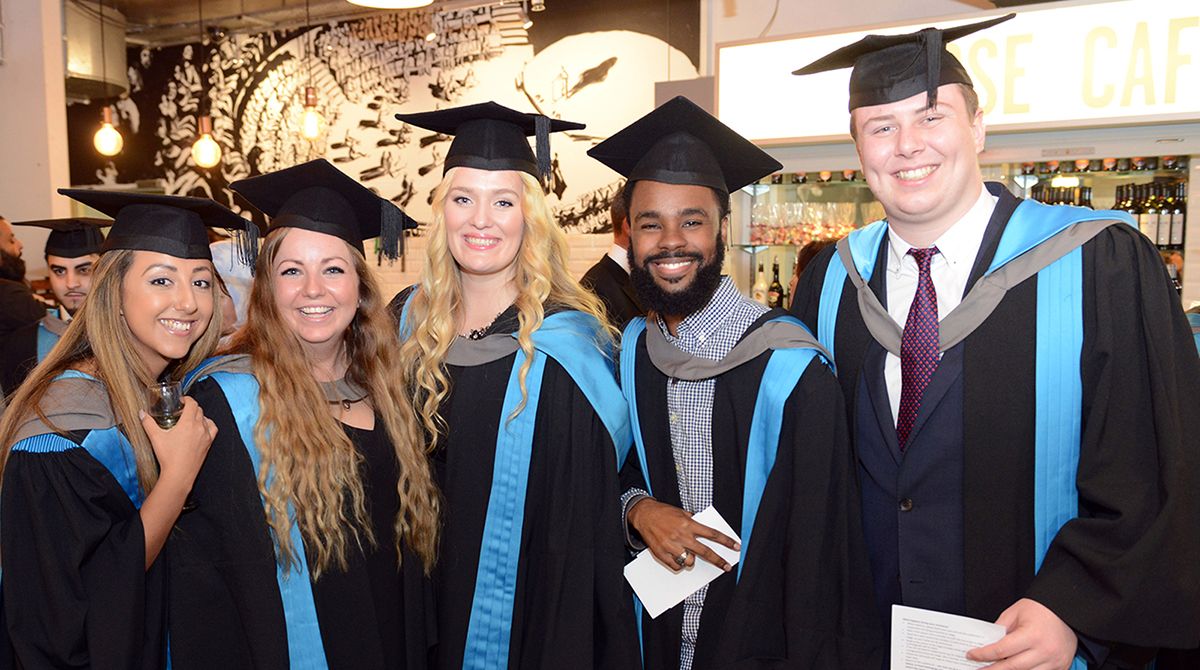 It was a week that saw 2,665 undergraduates, postgraduates and research students celebrating with family and friends as they became Kingston University graduates. Alongside the pomp and ceremony of the January graduation ceremonies, the four days of events included several unexpected moments, including a mannequin challenge, a stage invasion and even a surprise proposal. 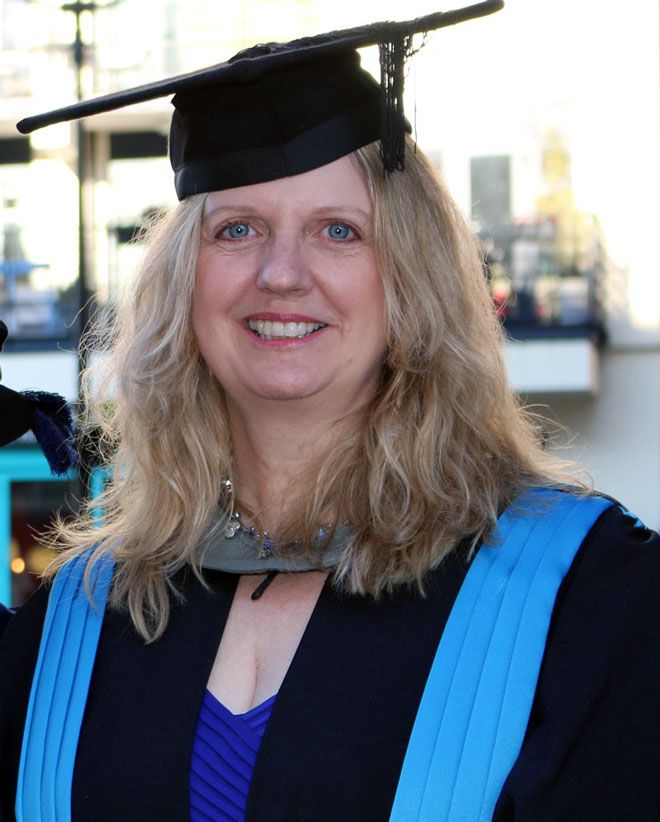 Wendy French found the flexibility offered by her postgraduate course allowed her to balance both work and family life.Almost three quarters of the attendees were postgraduates who saw further studies as an opportunity for a second chance to develop their career. Writer Wendy French, graduating with an MA in Publishing from the Faculty of Arts and Social Sciences, already owns her own small publishing company but wanted to learn more about book marketing and the future of self-publishing. "I saw the course at Kingston as the perfect way to increase my knowledge. It encompassed everything I was looking for to lay solid foundations to relaunch the company," she explained. "The flexibility of the postgraduate course also helped me to balance my studies with the business and family life."

In addition to those returning to education, many Kingston University staff were among those accepting research awards, Dean of the Faculty of Business and Law and Pro Vice-Chancellor Professor Ron Tuninga observed. "What makes today even more special is that when I look across this room, I also see some of our colleagues who will graduate with a PhD," he added.

Jasmina Risteska will be putting the skills she acquired on her MA in International HR management to good use campaigning for disabled women from Macedonia.Jasmina Risteska, who is from the Republic of Macedonia, graduated with a Masters in International Human Resource Management. Jasmina is co-founder and project manager for not-for-profit organisation Mobility Challenge which campaigns to help Macedonian people (in particular women) living with disabilities to become fully integrated in to society. Jasmina – who was awarded a UK Government international Chevening Scholarship to help pay for her course – said the graduation ceremony marked the fulfilment of her dream to empower women with disabilities around the world to stand up for themselves. "The MA at Kingston will be hugely beneficial for my international campaigning activity," she added.

The Business and Law ceremonies saw the University's first 'mannequin challenge'. Deputy Vice-Chancellor (International) Professor Martyn Jones convinced the audience to take part in the latest social media trend as he paused the ceremony and directed academic staff, graduates and their family members to take their poses and freeze for the duration of the filming.

During the same ceremony, brotherly love nearly led to 10-year-old Hashim Khan upstaging his sister, Nida, as she picked up her MSc in Financial and Business Management from Kingston University. As Nida's name was announced, Hashim ran to the front of the stage and captured the moment on his iPad. Later, as the academic procession was leaving the Rose Theatre's auditorium, the cheeky future academic couldn't resist the chance to leap up on to the stage to get a quick photo with Professor Jones.

MSc Analytical Chemistry Samali Mukalazi received a surprise marriage proposal from partner Henry Moxie.The penultimate and busiest day of the week was dedicated to ceremonies for the Faculty of Science, Engineering and Computing. This marked the first time the graduations have hosted an engagement and graduation on the same day. Analytical Chemistry MSc graduate Samali Mukalazi was taken completely by surprise when boyfriend Henry Moxie got down on one knee in front of the crowd at the Guildhall reception and proposed to her.

The last day was devoted to the Faculty of Art, Design and Architecture. Addressing the audience, keynote speaker alumnus David Marks OBE from architects Marks Barfield – and one the architects behind London's most popular attraction, The London Eye – recalled his journey since studying at the University. Like many of the student cohort, Marks was the first in his family to go on to higher education and said Kingston University had given him a chance when no other university would. "I had carted my portfolio all around London but it was Kingston which saw something in me that the others didn't and offered me a place," he recalled. "I will be eternally grateful for the opportunity it gave me and the path it set me on."

The University also recognised four individuals with an honorary award for outstanding contribution to their disciplines.These included award-winning author and Oscar-nominated screenwriter Nick Hornby who shared some life lessons on taking risk and embracing the value of wrong turns, while Dr Helen Sharman, the first Briton in Space, received an honorary doctorate for her contribution to the public understanding of science.

Pictures and social media messages shared by the graduates and their families can be seen through Storify: