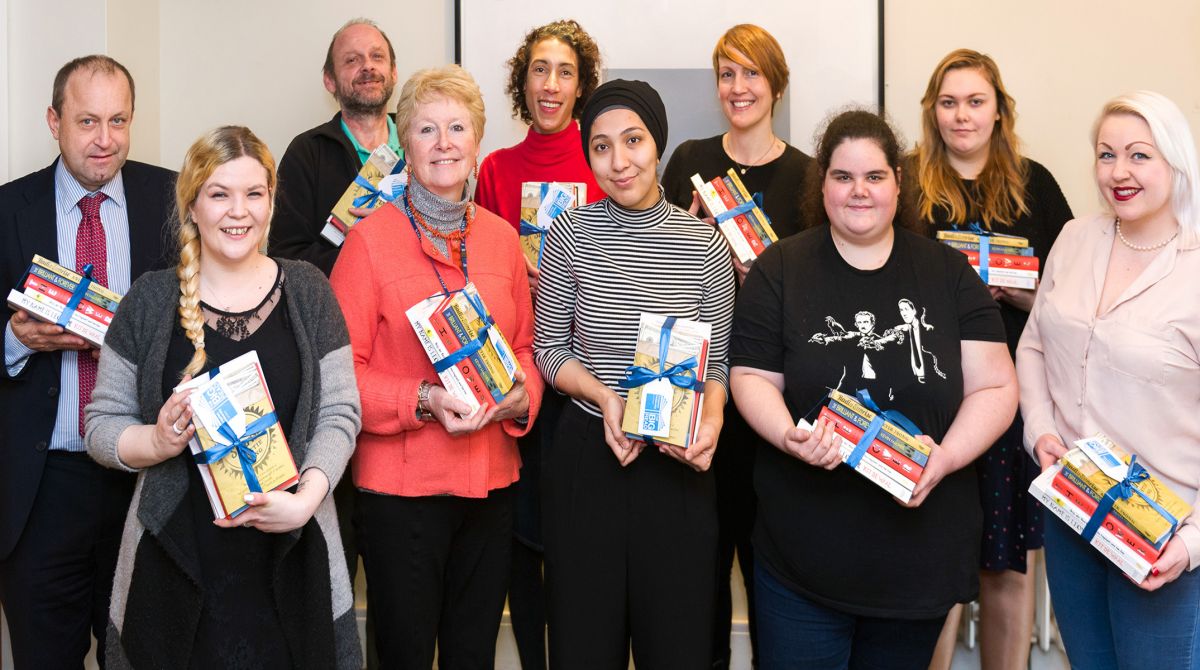 Following on from the success of the last two campaigns, the Kingston University Big Read project has announced six shortlisted titles to be considered for staff and students to read before the 2017 academic year begins.

Since 2015, the University has sent a book to every undergraduate and postgraduate student about to join the institution as part of the Big Read campaign, which promotes student involvement and ensures new arrivals feel welcome before they arrive. The final shortlist, narrowed down from 140 suggested titles, includes authors from Scotland, Nigeria and Kenya: 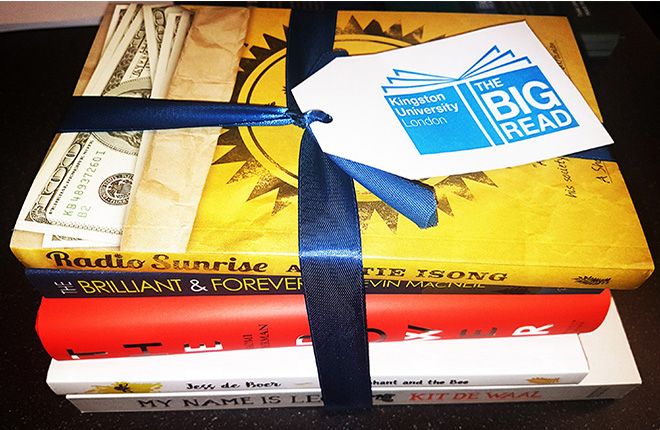 The shortlisted selection of covers for the KU Big Read 2017.

The Big Read campaign was inspired by similar projects in the United States that showed the benefits of creating a community through shared reading before students arrived at an institution, helping them to feel welcome and settled.

Whereas some universities in the United Kingdom have experimented with reading schemes linked to specific types of books and within particular faculties, Kingston University was the first in the country to establish and analyse a scheme on such a large scale, involving the entire University community as well as inviting the wider local community to participate.

A selection panel (pictured above) comprising of staff and students from all faculties and departments of Kingston University will set about reading the six shortlisted titles, before choosing the official Big Read in April. The book will then be sent out to students getting set to join Kingston University for the start of the 2017/18 academic year, with a number of events scheduled throughout term to celebrate the project. Free copies of the book are also made available on campuses for all staff to join the conversation with students when they arrive.

The launch of the campaign in 2015 was a major success, with the antics of Will Freeman and Marcus Brewer in author Nick Hornby's 'About a Boy' proving to be so engaging that the novel had to be reprinted twice to accommodate staff and student demands. Last year, author Matt Haig's humorous look at humanity from an alien perspective in 'The Humans' saw the project expand to take on several external partners, with Edinburgh Napier University electing to take part.

The new shortlist has been generated by a carefully-developed algorithm that factors in feedback from surveys on previous novels, along with a number of key elements that Kingston University students and staff value in the programme. Each year, the University welcomes the author to an event on campus to celebrate the campaign.

Big Read Director, Associate Professor Alison Baverstock said the shortlisted novels are a reflection of the University's values. "This is a really exciting list of six different titles from a range of authors who reflect the breadth and diversity of the University and our wider community," she said.

"The aim of the scheme is to bring people together through shared reading and we're looking forward to exploring the shortlist to find our next Big Read."

Students and staff are encouraged to join in judging the shortlisted titles through discussion posts on Facebook, with the winning choice announced on Friday 13 April.