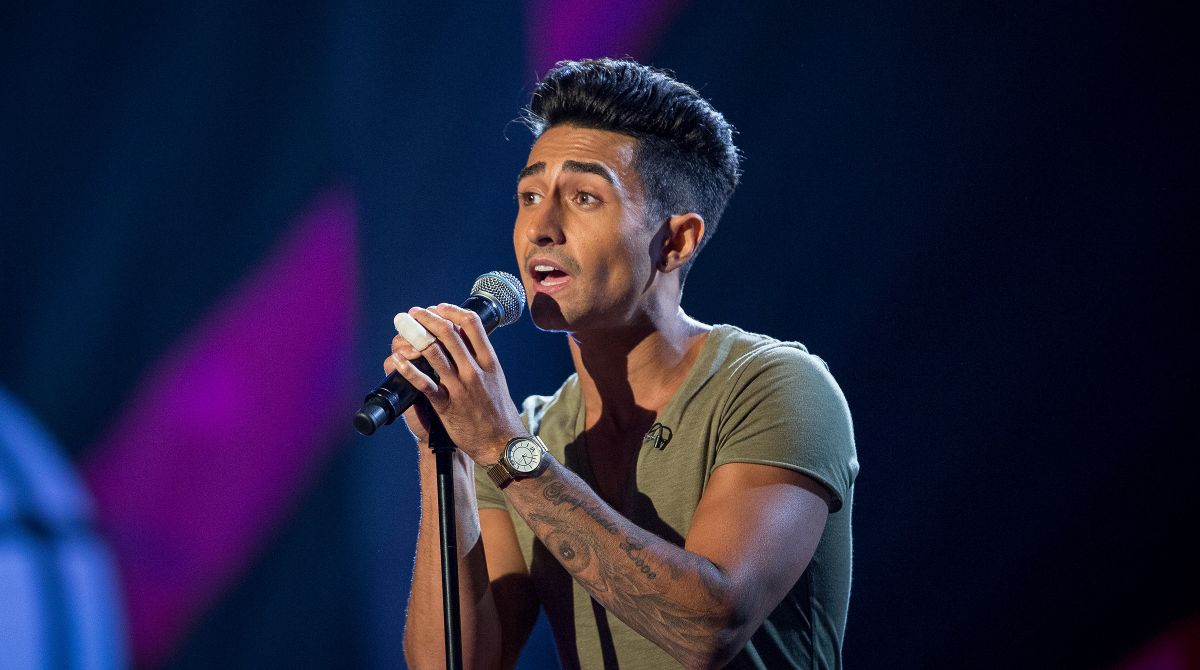 Anthony Sahota at his audition for BBC One's 'Let it Shine'. Credit: BBC

Graduation is a memorable day for any student but for Kingston University mechanical engineering student Anthony Sahota, it was an experience he will never forget after he received a visit from pop star and Take That frontman Gary Barlow.

Unbeknown to Anthony, he had been selected to audition for new BBC song contest Let it Shine, presided over by a panel chaired by Barlow alongside fellow musician and actor Martin Kemp, singer and actress Dannii Minogue and a guest judge. The primetime talent show, which currently airs on BBC One on Saturday evenings, is hosted by Graham Norton and Mel Giedroyc. It sees contestants compete to win the ultimate prize of performing in London's West End in The Band – a musical based on the songs of Take That. 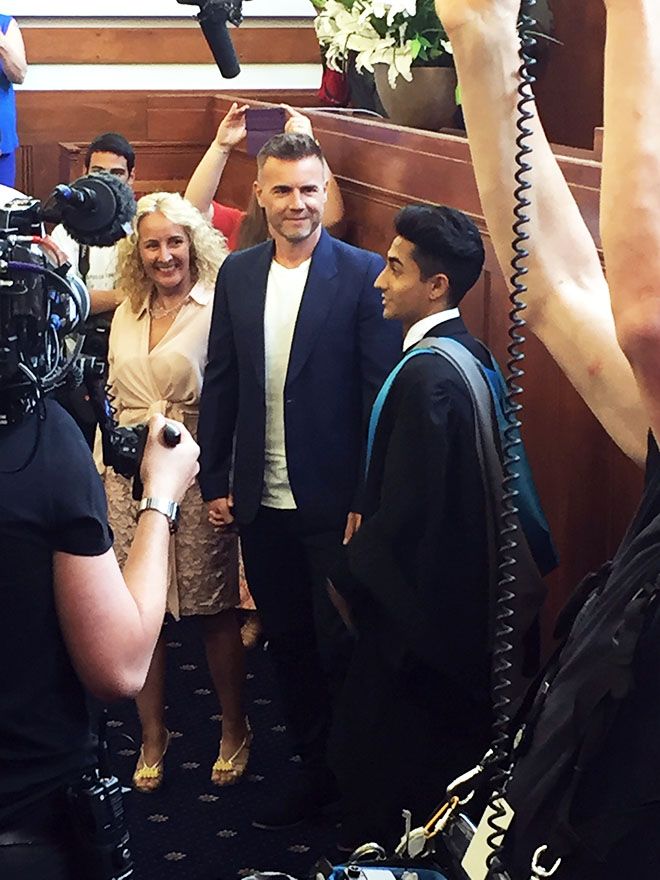 Gary Barlow visited Anthony Sahota's graduation, much to the delight of Anthony and mum Caroline.Ahead of the programme's launch, Gary Barlow surprised a select number of applicants with a personal visit to offer them a chance to audition for the show. Having been secretly nominated by his mother, Anthony was greeted by Barlow as he and his engineering classmates posed for a specially arranged photoshoot after their graduation ceremony. "I was absolutely speechless," he recalled. "To be selected from hundreds of applicants for an opportunity like this and for it to be announced in front of all of my family by Gary Barlow was just the greatest feeling."

Anthony's mother, Caroline, who put him forward for the auditions and suggested graduation as a fitting backdrop for the surprise reveal, wanted to give her son the chance to pursue his singing dream after he had dedicated four years to studying. "Since he was very little, Anthony has always had theatre and music in his life and he was offered the chance of a record deal when he was still at school," Caroline explained. "At the time, though, I felt that he needed a qualification to fall back on and also that studying for a degree would help him acquire skills that would support him in any career field – including the competitive music industry."

In the weeks leading up to Anthony's final university exams, Caroline, who has previously sung with him in a choir, spotted a notice from the BBC calling for nominations for a new talent show and didn't hesitate to express an interest. "The hardest thing was keeping it a secret from Anthony and our family and friends," she said. "I even had to take Anthony to meet with BBC producers and pretend that the interview was for me."

Alongside his childhood passion for music – as well as singing he was a drummer and played other musical instruments – Anthony also took an interest in mechanics and gained a private pilot licence at the age of 16. This leisure pursuit had been the driving factor in his university subject choice, Anthony explained. "I've always been interested in how things work, so mechanical engineering was an obvious degree destination," he added. 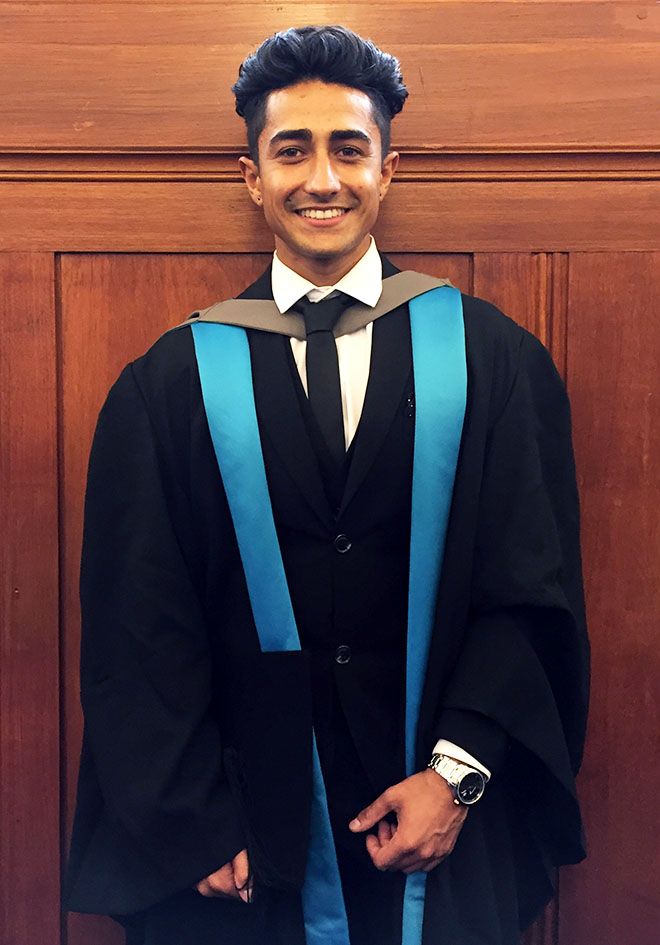 Anthony graduated with a BSc (Hons) in Mechanical Engineering from Kingston University.Having grown up in Southampton with a desire to access London's vast music scene, Kingston upon Thames seemed a perfect geographical fit for his degree ambitions. When Anthony learned that the University's mechanical engineering course included a foundation year his mind was made up. "Doing a foundation year was great because it allowed me to see what the course would entail before I committed myself to the rest of the programme," he said, "Being so close to London also meant I could go to music gigs and theatre productions – which was a big additional draw for me. I so enjoyed my time at Kingston and can't thank all my lecturers enough for their support," he added.

Anthony trained, auditioned and rehearsed alongside world-renowned choreographers and performance coaches as part of the pre-recorded filming for the show. "They worked us extremely hard, but it was worth every second because of the guidance that I picked up from the very best in the business," he said.

After being selected for the show, Anthony got through solo auditions – the first televised round of the show – with flying colours. He then performed with boy band Busted and qualified for the live shows as one of 25 remaining contestants. Sadly for Anthony, he was not voted through to the next round, but he remains upbeat and philosophical about the experience. "All I could do was my very best and because I know that I've made the most of this opportunity, I'm happy," he added. "If a career in music isn't meant to be, I have a fantastic engineering degree in the bag and have also had an amazing life experience."

Mum Caroline said she agreed, adding that progress in the competition and the opportunities it had provided were a just reward for her son's determination during his studies. "Anthony always gave his degree his best shot," she said. "As long as he's doing what he enjoys and continues to give his all we as a family couldn't be more proud of him." 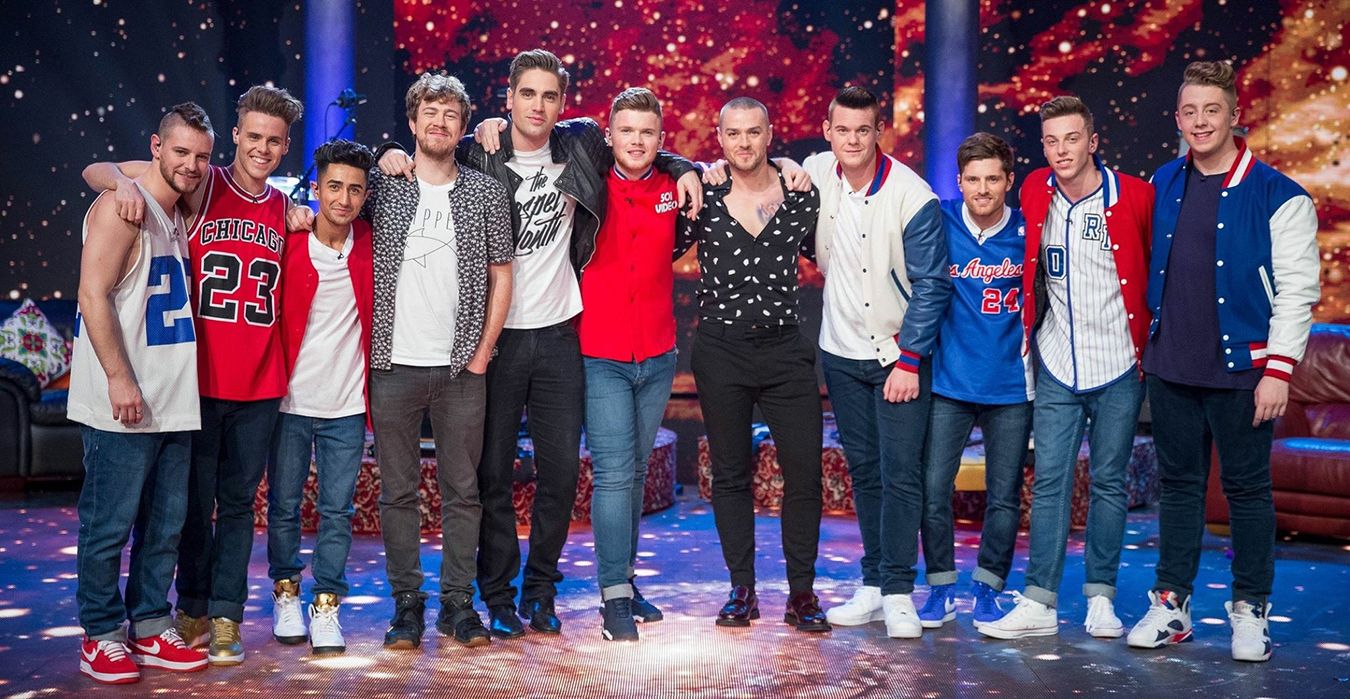 Anthony (third from left) with some of his fellow 'Let it Shine' contestants. Credit: BBC