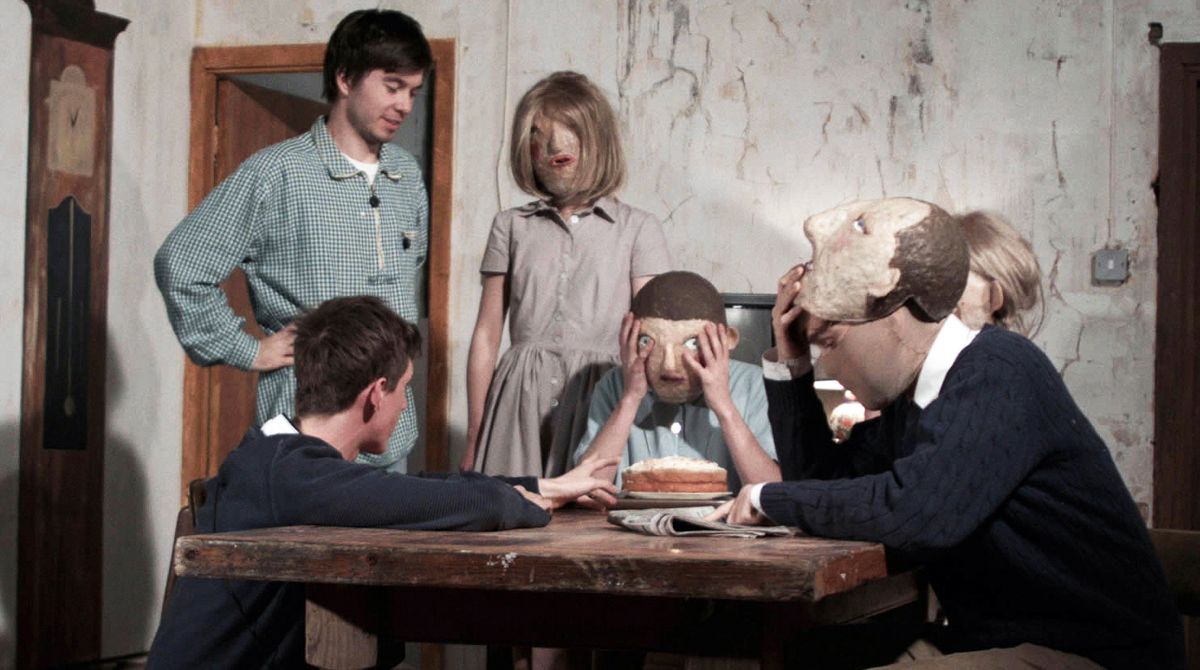 Kingston University alumnus Will Hooper works with actors behind the scenes on his short film, The Roof Over Their Heads. PHOTO: Will Hooper

Budding young creatives are being given the opportunity to showcase their work on the small screen, through an initiative supported by Kingston University to produce short films for the Channel 4 Random Acts series.

Stop Play Record is part of five networks across England for people aged 16-24, who are interested in filmmaking. Students are invited to pitch their ideas to a panel of professional artists and producers and apply online, with the best ideas securing a production budget, mentoring from film professionals and a foot in the door of what the Arts Council describes as a notoriously difficult industry to break in to. The very best entrants are lined up for broadcast on Random Acts.

The Random Acts network is the brainchild of Arts Council England and Channel 4. The London branch of the network is led by the Institute of Contemporary Arts (ICA) and consists of six partners including Kingston University, Dazed, Chisenhale Gallery, SPACE Studios and New Contemporaries who mentor and help to produce 24 short films across the network each year.

The films from the 2016 process are currently in production and with applications now open for the 2017 line-up, the University's partnership with Stop Play Record continues to open doors for students across the country.

Second year filmmaking student Chiemi Shimada was one of the successful applicants on the 2015 programme. The 25 year old from Chiba, Japan said she took an abstract approach towards producing her moving film, Austin, about the loss of her brother. "I lost one of my family members almost 10 years ago and I wanted to make a film about it that wasn't self-pitying or sentimental," Chiemi explained.

"Using an abstract approach allowed me to explore more possibilities with my mentors and commissioners. I started thinking about creating a narrative without using a character, so the film is my imaginative reconstruction of my brother spending his last time in the house," she added.

Chiemi said applying to the Stop Play Record programme was an extraordinary opportunity to grow her skills. "It is a great scheme, especially for young filmmakers or students who have little experience working with commissioners. Having my film hosted on the Random Acts website allowed me to display it to such a huge audience, and really helped me become more aware of the relationship between the film and the audience," she added.

Channel 4's Random Acts series was founded in 2011 to encourage artists to use the small screen as a canvas, with more than 500 films being broadcast either on television or online. In 2015, the Arts Council invested £6million to open up the initiative to 16-24 year olds, providing support for young people to break into the sector.

Kingston University BA Filmmaking alumnus Will Hooper had his short film The Roof Over their Heads produced through Stop Play Record and cited it as a key step in his professional development. "I met lots of people whose work challenged my understanding of contemporary filmmaking and influenced my own practice," he said. "Being given the space to author a film from start to finish is hugely rewarding and a gift to first-time filmmakers, as we had mentors to guide us through the process."

The 24-year-old's film is about a dysfunctional family and presents a constant dance between fantasy and reality. "There is a blurred structure in the film. The performers wear masks and there is no dialogue, which means there's not necessarily a need for a conscious understanding of the work," he explained. "That's what excites me most about films - each person watching has their own experiences that shape the message in a way that can be much richer than intended."

Kingston University students have applied to the programme each year since its inception and successful applicants have received support and advice from a range of professional artists, filmmakers, and producers - including the University's own MA Experimental Film course director, Professor Phillip Warnell.

Artist-filmmaker Warnell said Stop Play Record received a wide-ranging array of applications each year, from people who have barely held a camera before all the way through to specialised filmmakers. "The amateur production is definitely a rising movement as everyone can make a video these days, but it is the art involved in this kind of filming that people are drawn to," he said. "We had more than 300 applications to the programme last year and we really enjoyed working with and mentoring the innovative minds behind them.

"It feels like we are creating the creators in a sense - businesses always turn to the cultural sector for someone to produce memorable images and those talents are nurtured through programmes like Stop Play Record," he added.