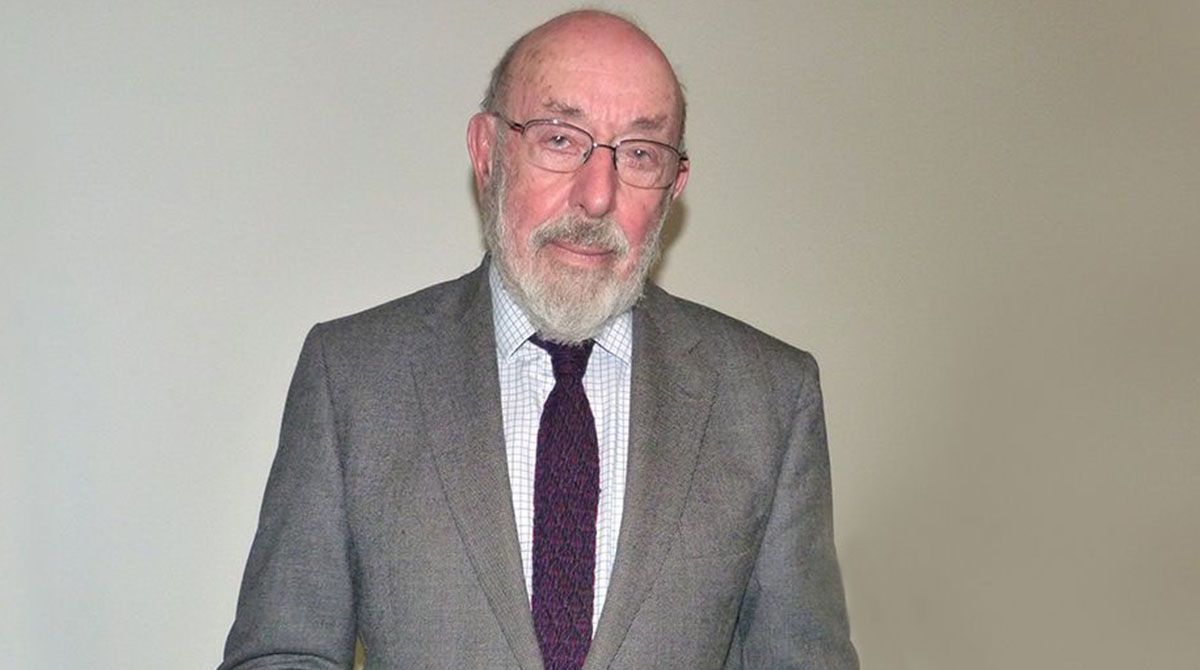 A Holocaust survivor highlighted the key role education had to play in ensuring that lessons learned from the horrors of the Second World War were never forgotten during an event held at Kingston University.

John Dobai, a Hungarian-born Jew, was invited to share his story with an audience of staff, students and the wider community in a lecture at the University's Penrhyn Road campus arranged in partnership with the Holocaust Educational Trust as part of the Holocaust Memorial Day commemorations.

Born in Budapest to Jewish parents in 1934, Mr Dobai spent much of his childhood moving around Hungary to avoid capture from Hitler's army throughout the Second World War – eventually escaping deportation to Auschwitz concentration camps with the help of Swedish diplomat Raoul Wallenberg. He gave a personal account of his childhood immediately before the war, the effects the invasion had on his family and the Jewish communities of Hungary, and explained why he felt is was so important to speak to audiences about the atrocities he witnessed.

Mr Dobai, who has delivered lectures about the Holocaust for the last ten years, said it was necessary to speak about it on both personal and humanistic levels. "It is not a particularly pleasant time to speak of, but I am inclined to do this in memory of family members that were so brutally killed and to describe the evils that lie in discrimination," he explained. "To condemn entire groups of people without reference to individuality is awful and we must do whatever we can to fight against it happening ever again."

Mr Dobai was baptised and went to Catholic school as a child – following Anti-Semitic laws being passed in Hungary – until he was the victim of hurtful comments from his peers and their parents. It was only then that he confronted his parents and discovered his origins.

Having survived and returned home from several years of slave labour during the war, Mr Dobai's father heard that Raoul Wallenburg was offering passports and a safe house in Budapest under the protection of the Swedish government. The family moved to the United Kingdom in 1948, a year after Wallenburg had been captured while on a journey to bring food back to residents and shot dead at the orders of Joseph Stalin.

The Reverend Andrew Williams – who is the University's faith adviser and arranged the visit – said such speaking opportunities could provide lessons for all of society. "Mr Dobai offered a lucid account of the persecution of Hungarian Jewry, and was fascinatingly honest about his own relationship with his Jewish identity," he said. "Such talks encourage us to challenge cruelty and bigotry, and to resist forces that could increase threats to minority groups."

The address was followed by a question and answer session during which Mr Dobai further described emotions from his experiences and thoughts towards modern day persecution. He warned that although we are living in a largely tolerant society, complacency about the threats of extremism in light of recent political events across the world must not be allowed to set in. "Since moving to the United Kingdom I had never experienced any Anti-Semitism whatsoever, up until two weeks ago when I saw a rather unpleasant message about the Holocaust carved in to a park bench," he said. "It is sad that people can still downplay – or worse still, deny – the events that took place across Europe during the Second World War. With so few Holocaust survivors remaining, I feel particularly motivated to educate people of the horrors that were encountered by millions of Jews, and the lessons we must never lose sight of if we are to prevent a repeat of these events."

Find out about more events at Kingston University.