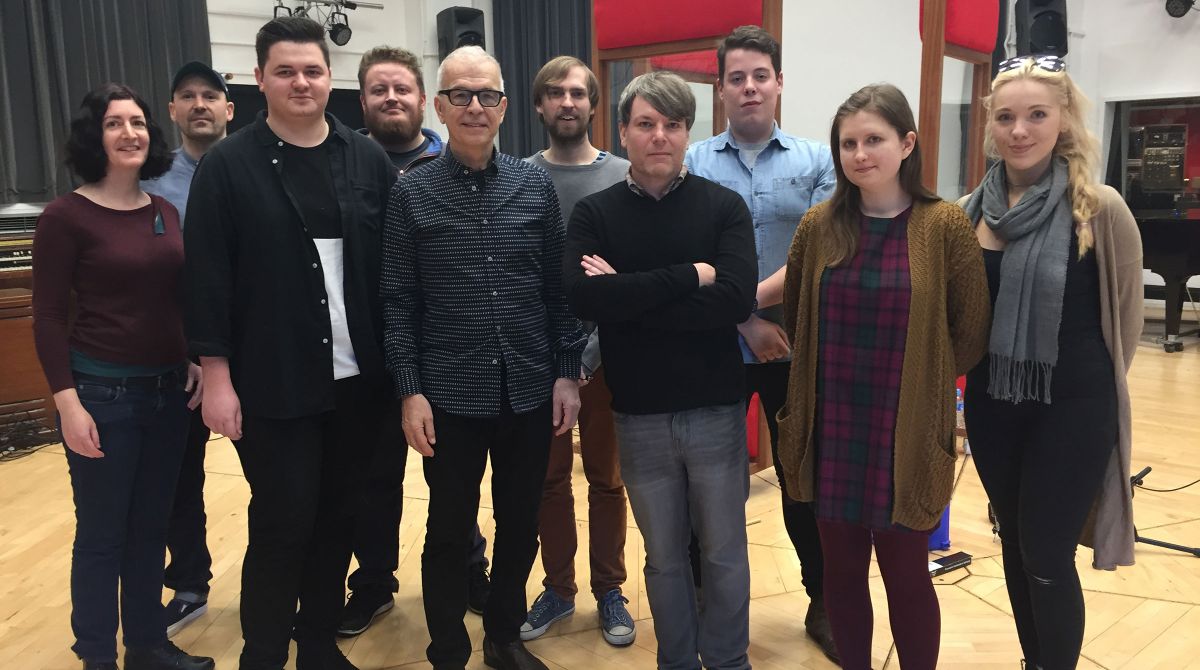 Legendary music producer Tony Visconti has returned to Kingston University's bespoke Visconti Studio for the first ever Winter School, sharing his expert knowledge in analogue recording techniques with a select group of students from across the globe.

The week long intensive programme saw ten lucky participants join forces to assist the producer record a single with the London based band Artbreak. Under the guidance of Visconti, the students engaged in analogue recording techniques and experimented with vintage equipment and mixing techniques.

For David James, a music specialist who had travelled to Kingston from Flagstaff, Arizona in America (pictured fourth from right in the group photo), the opportunity for a masterclass with the recording legend was too good to pass up.

"I heard about the Winter School around New Year's and decided to apply. Without doubt, the highlight has been working with Tony. Just being a fly on the wall and observing his processes and how he thinks has been enlightening", said the audio engineer.

Also securing himself a place at the Winter School was former Kingston student Ed Briggs (pictured third from right in the group photo), who hoped to take forward the techniques he'd learnt from Visconti in launching his own career in music production.

"It's interesting to see how he works, from setting up the technology to how he handles the artists", said the aspiring music producer, who graduated in English last summer. 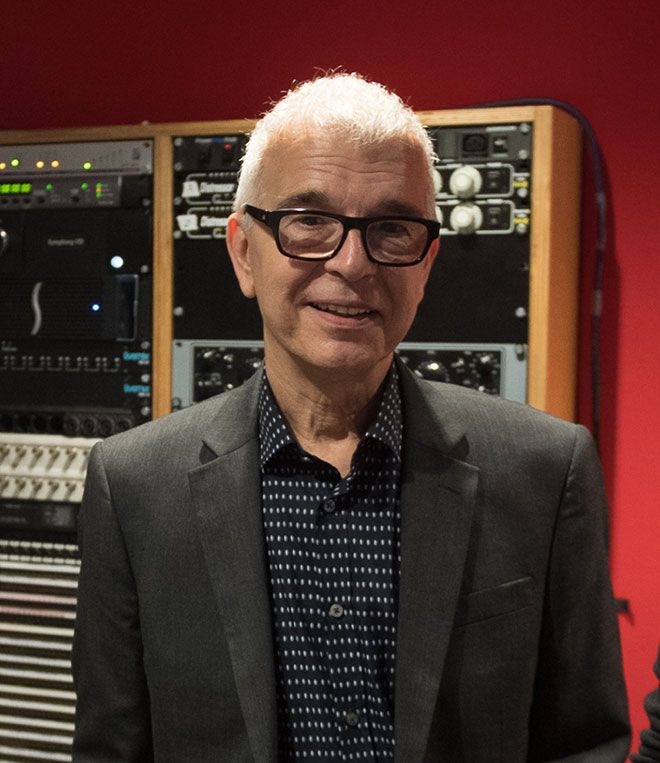 Legendary music producer Tony ViscontiVisconti, who was honoured at the 2017 Music Producers Guild awards for his Outstanding Contribution to UK Music, has praised the enthusiasm of the Winter School students.

"It has been an immensely rewarding week and I have met some very attentive and enquiring minds. Some of the students have provided vocals on the tracks so it's been great to discover they have other instruments they can engage with too," said Visconti, who is also a visiting professor at the University.

The analogue studio was launched in September last year, boasting a range of rare and vintage equipment and instruments plus a 300 metre square live room. It forms a key part of a research and teaching project based around the heritage of technology and sound of analogue recording and production.

The Visconti Studio's Enterprise Officer Philip Chambon has hailed the first ever Winter School a success.

"The Visconti Winter School was a very inspiring five days. It was a great opportunity for the participants to engage with analogue recording practice, and to experience first-hand the recording and production techniques with the legendary record producer Tony Visconti."