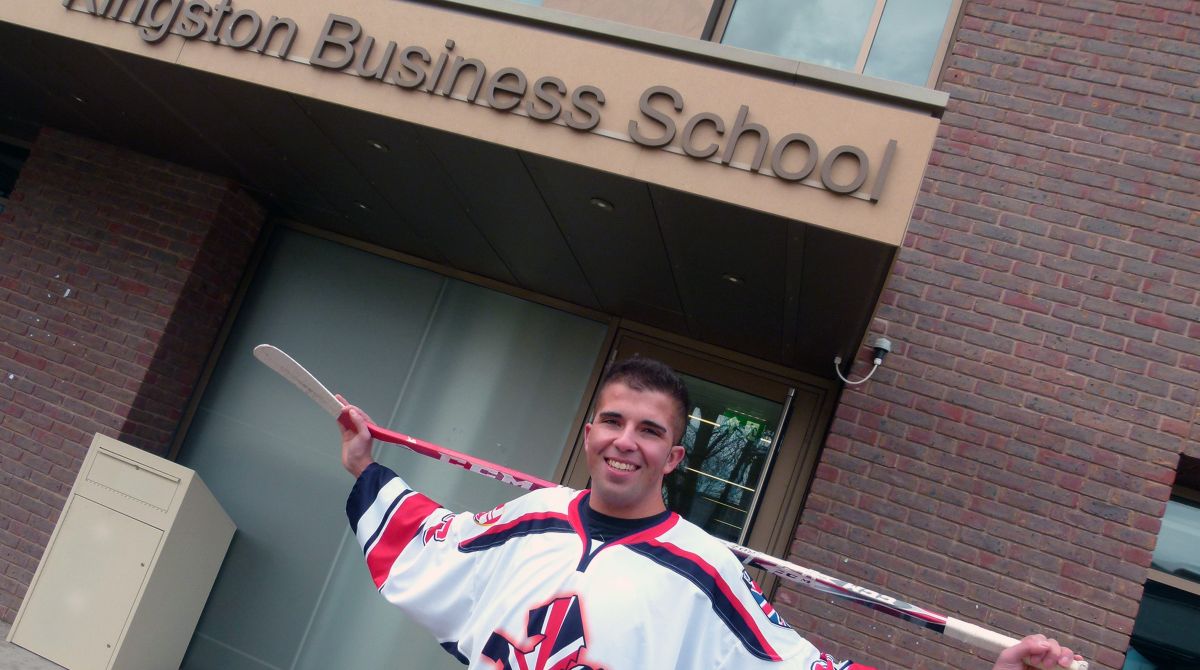 A Kingston University marketing student put his studies on ice recently to represent his country at the World University Winter Games – and is now hoping the experience will give him the edge in his budding business career.

Sam Cheema, who is in the final year of his Marketing Communications and Advertising Planning BSc(Hons) course, was part of the 22-strong British Universities and Colleges Sport men's ice hockey squad that jetted out for the two-week tournament in Almaty, Kazakhstan at the end of January. During the event, Team GB took on the United States and eventual bronze medallists Canada, and went on to record their first ever victory in the competition – defeating Korea.

Getting the chance to play against some of the world's top talents in a prestigious international competition was an incredible opportunity, according to the 22 year-old, who is now planning to apply the skills he has developed to further his marketing dreams in a creative strategist role. "It was the best experience of my life – from the athletes' village and stadia to the media presence – everyone made us feel very welcome," he said. "One thing that playing defence in an ice hockey team teaches you is the need to prepare, analyse, and evaluate yours and others' performance.

"I have a real drive to understand business and people, just as I have when reading an attacker's moves in a game. It would be great to stay on at Kingston University and carry on putting that into practice by studying a Masters or even a PhD in behavioural sciences." 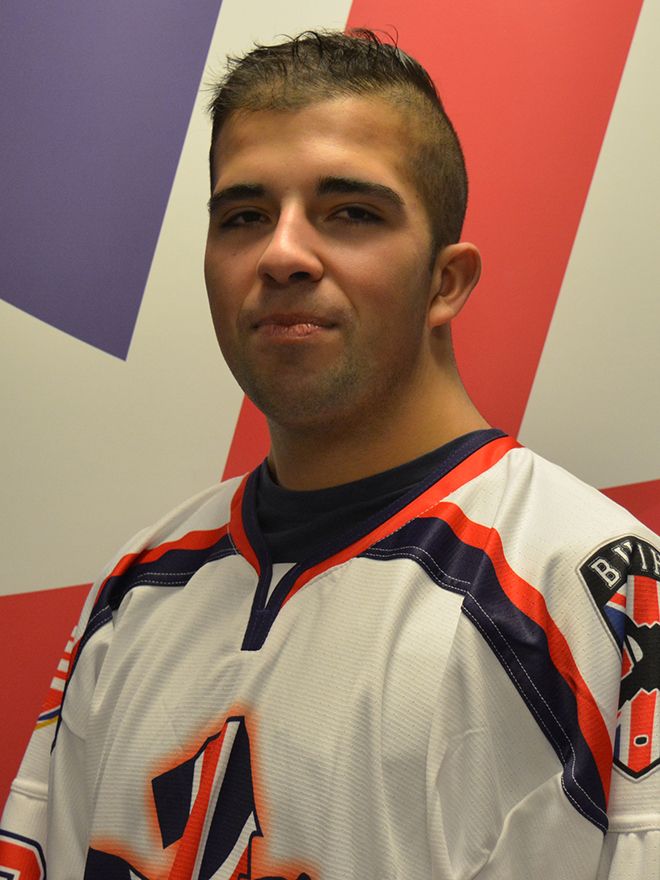 Sam has played ice hockey since the age of seven and described representing Team GB as the "best experience of my life". Image: British Universities Ice Hockey Association.Born and raised in Surbiton, a short distance from Kingston University's Penrhyn Road campus, Sam was inspired to pick up the stick at a young age after watching Disney hockey film The Mighty Ducks. He joined Guildford Juniors Ice Hockey Club aged just seven, and represented a number of clubs in the South of England throughout his teenage years.

After finishing school, he spent 18 months in New York before returning to London to begin a business degree at Kingston University. "I chose to study at Kingston University because it allowed me to come back to an area where I had friends, family and ice hockey while attending a highly renowned business school," he said.

During his first year of study, and fresh from his gap year experiences in the United States where he played professionally for the Invicta Dynamos, Sam discovered a passion for marketing – leading him to switch his degree to one that more suited his developing interests. Like many Kingston University students before him, the inspiration that Sam took from his studies soon unleashed his entrepreneurial flair. He now co-runs a successful ice hockey camp in New York – where he spends each summer – and is part of a team who work on a magazine about the sport called Snipetown.

Sam has also been involved in a technology start-up – Geronimo – during his time at the University, as well as gaining experience with leading agencies such as M&C Saatchi and Stein IAS, on Madison Avenue.

Sam is currently playing for Bracknell Hornets in Berkshire, and has been supported in juggling his ice hockey commitments with his studies through securing a place on the University's Sports Performance Programme. "The support in providing me with flexibility to compete at this level alongside my academic studies has been brilliant," Sam said. "It really makes a difference – especially with events like the World University Winter Games where I knew I'd be out of the country for a couple of weeks.

"I've spent most of my life playing ice hockey and it feels like it's almost all been leading up to this moment. Whatever I do in life, sporting or otherwise, nobody will ever be able to take away the fact that I've represented my country against the likes of Canada and USA."

The marketing student's success was a just reward for the enthusiasm, talent and application for marketing that he has shown throughout his time at the University, according to senior lecturer Mark Anderson. "Sam has demonstrated a high level of curiosity – always wanting to find new processes and ways of doing things," the marketing communications and advertising course director, based at Kingston Business School, said. "He has made the most of these opportunities by combining his passions to build a strong marketing portfolio which will serve him very well in the future.

"He has also benefited enormously from the accommodating schedule provided for him by the University's Sports Performance Programme that has made balancing his sporting activities with his studies possible."