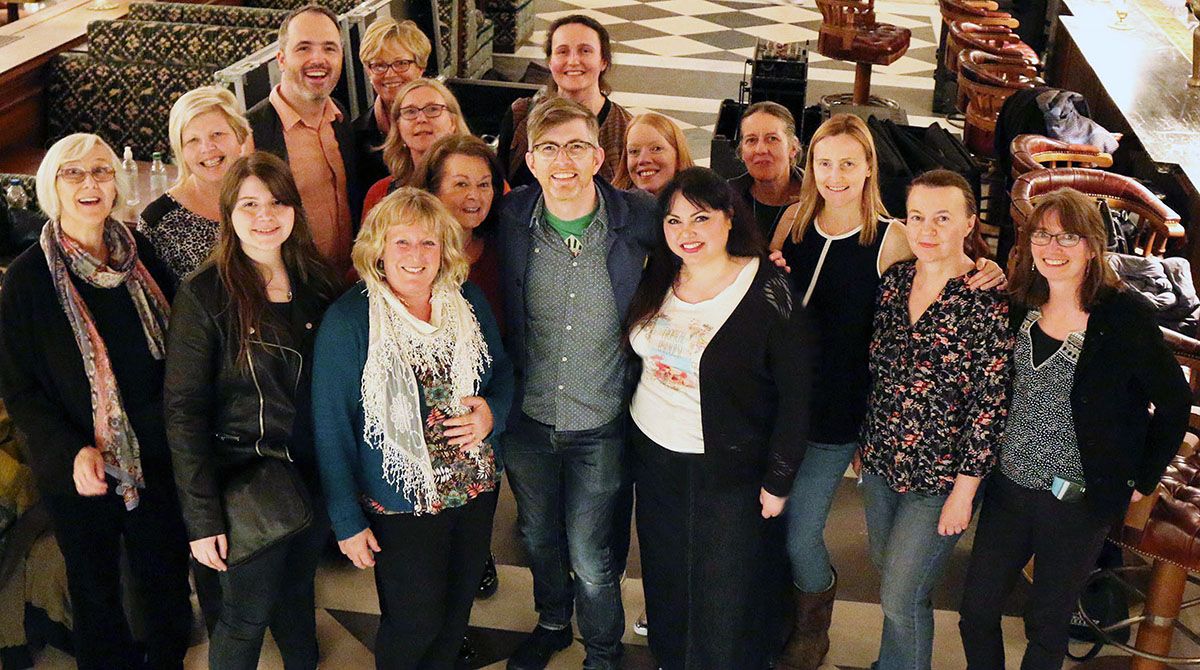 Gareth Malone with fellow choirmaster Sam Evans (back, far left) and members of The Kingston Singers at The Ned hotel.

The Kingston Singers – which was formed just seven months ago – is made up of Kingston University staff and students along with members of the local Kingston community. Fifteen members of the choir leapt at the chance to be involved in the glamorous event after their leader, Sam Evans, was contacted by his long-time friend Gareth Malone. Malone, who has become a well-known face on British TV following popular programmes that have seen him create choirs made up of teenage boys, reluctant celebrities and the wives of military personnel, had got in touch, Mr Evans said, to beg a favour. 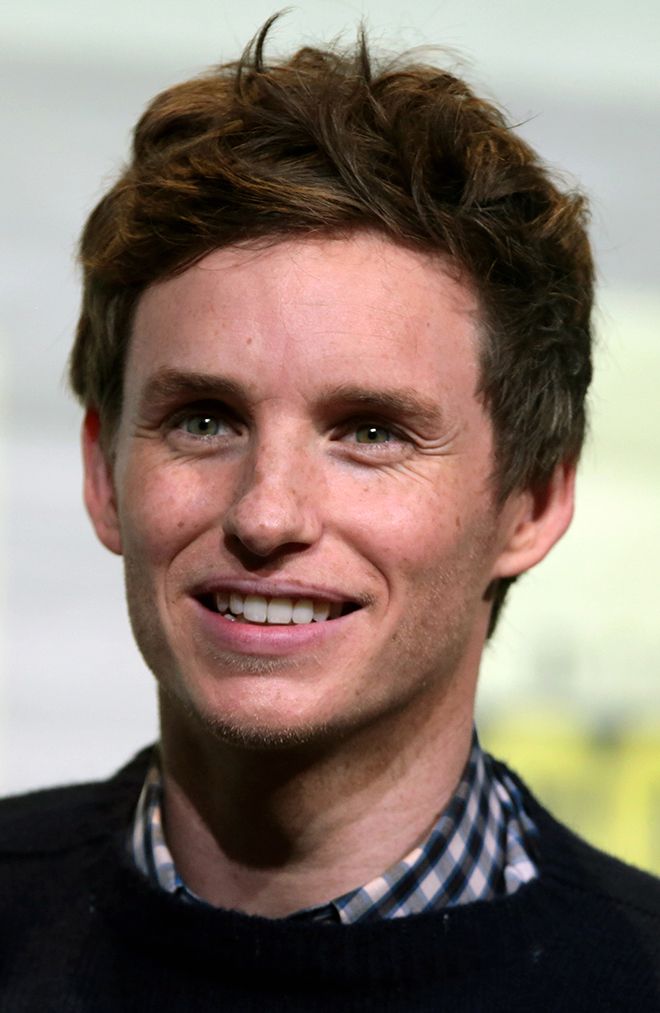 Actor Eddie Redmayne was one of the celebrities serenaded by The Kingston Singers at the event."Gareth said he'd been asked to provide musical entertainment in the form of a surprise singalong session, or flash mob, for the launch party of a prestigious new hotel in the City and needed 150 singers in a hurry," Mr Evans explained. "He knows I direct a number of choirs in the greater London area so was hoping I could round some people up for him."

Mr Evans said his mind had immediately jumped to the newest Kingston University ensemble, The Kingston Singers. "I was really confident that they could pick up Gareth's mash-up arrangement of 10 songs very quickly and I also thought it would be fantastic for them to perform in front of such a prestigious audience," he added.

The 150 singers burst in to the packed lobby and restaurant singing a medley which included ‘Be our Guest' from Beauty and the Beast, 'My Milkshake' by Kelis, One Direction's 'History', ‘Our House', by Madness and David Bowie's ‘Let's Dance'. The15-minute flash mob finished with the guests taking part in a spirited rendition of the Beatles' ‘Hey Jude'.

Gareth Malone said the performance had been one of the highlights of the evening even though the combined choir had only been able to get together for one rehearsal before the performance.

"The celebs appeared to love it, they were filming us on their mobile phones and joining in very enthusiastically," he said. "It was great to have the Kingston University ensemble involved. During the past 10 years my career has been all about creating choirs made up of inexperienced singers so I love that The Kingston Singers brings together a mix of young students as well as more mature staff and people from the local area just for the joy of singing."

Kingston University human resources operations manager Chris Wooldridge said that, at first, it had been slightly intimidating to perform with Gareth Malone and alongside so many talented singers. "Gareth really put us all at our ease, though. He was exactly like he is on television and he made a point of chatting to everyone and thanking us for taking part," she explained. "I still can't believe I got to sing with him in front of all those famous faces - I couldn't sleep after we'd performed because I was still buzzing from the whole experience."

The party marked the official opening of The Ned – created by London-based Soho House & Co and New York's Sydell Group. Set in the former Midland Bank building designed by Sir Edwin 'Ned' Lutyens in 1924, The Ned includes nine restaurants, 252 bedrooms, a range of men's and women's grooming services and ‘Ned's Club' – a social and fitness membership.

Second-year Kingston University music degree student Katia Shestakova, who also sings with the University's Chamber Choir, said she hoped that hearing about this performance would encourage other people to join University music groups. "Singing with Gareth Malone in front of princesses and movie stars was a once-in-a-lifetime opportunity," she said. "It also shows how impressive the University's ensembles are – you don't have to have ambitions to be a singer you can get involved in lots of different kinds of music and sing just for fun."

The Kingston Singers joined more than 140 choir members to perform at the launch party of the new hotel.