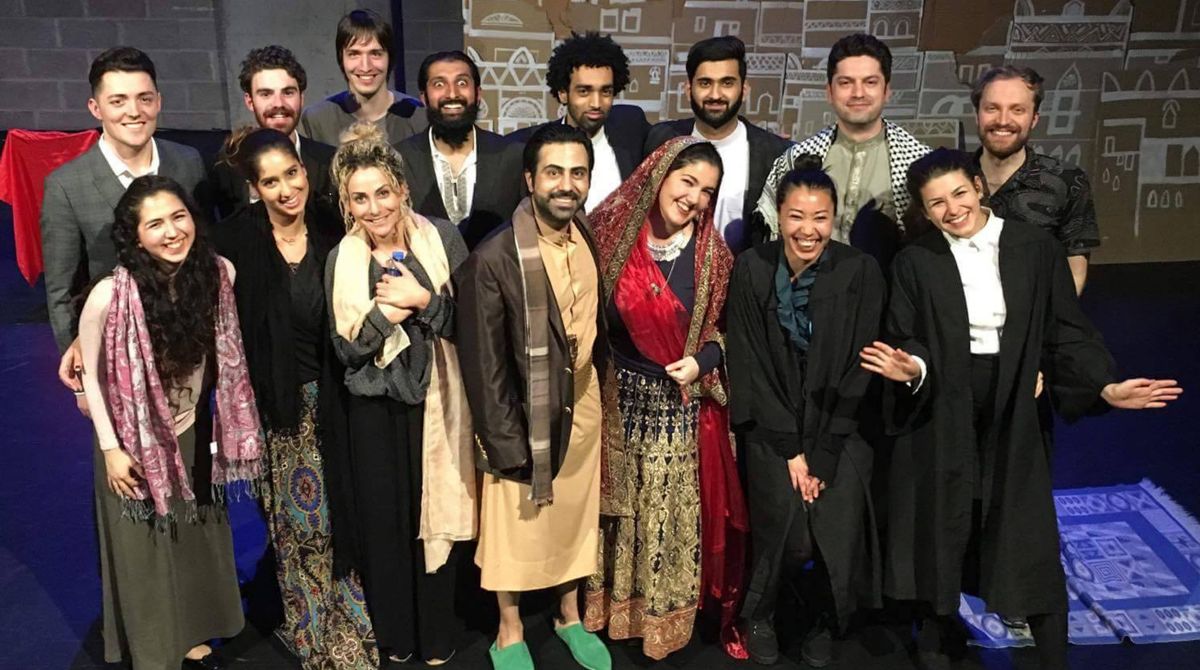 An award-winning piece of theatre created by two Kingston University students is set to tour the United Kingdom this summer and take on three international performing arts festivals, including the renowned Edinburgh Fringe Festival.

The interactive stage performance – titled Blurred Justice – was created by final-year drama and human rights students Yasemin Gava and Clarissa Kim for a competition run by Amnesty International UK which was looking for a fresh approach to help raise awareness of human right issues.

Combining their passions of both drama and human rights, the pair wrote the script for the play – set in a courtroom in Yemen – which sees the audience play the role of the jury, who must decide the fate of the main character on trial for taking part in an attack by the Yemeni Houthi militia.

By inviting the audience to actively participate in the play, the students hope the story will have a much bigger impact on those who see it. "We didn't want to just talk to people about the issues people are facing, we wanted to make people feel something – making the audience a part of the play forces them to engage with the reality of the situation," said Clarissa.

Their concept won the 2016 Marsh Award for Human Rights Activism – which Amnesty International UK runs in partnership with the Marsh Christian Trust – for which they received £500 to help bring their vision to life. Brian Marsh, chairman of Marsh Christian Trust, commended the students on their innovative idea and expressed his delight that their winning concept had been accepted into the Edinburgh Fringe Festival. "This success is a demonstration of all the hard work and enthusiasm of young people who strive to raise awareness of human rights," he said.

Final-year drama and human rights students Clarissa Kim and Yasemin Gava also perform in their award-winning play.Riding high on a wave of confidence following their Marsh award win, Yasemin and Clarissa have proudly seen their play – in which they also act in – premiered at the Rose Theatre in Kingston and, in the space of less than a year, will now be taking their show on the road to the International Youth Arts Festival, Camden Fringe Festival and Edinburgh Fringe Festival.

"After receiving such positive feedback about the performances at the Rose Theatre, we felt optimistic at our chances of taking our show to an even larger stage," said Yasemin. "Edinburgh Fringe Festival is the biggest of its kind and will be an immense platform for us to increase the awareness of human rights whilst also meeting people who share our passion and can help us progress with our mission."

Associate professor and personal tutor Jackie Smart praised the pair for their dedication in making the project come to life. "Since their first year, Yasemin and Clarissa have always been hard-working and very thoughtful students who have made a valuable, creative contribution to the life of the drama department, in class and in their extra-curricular activities. We're all really proud of them and wish them the very best of luck with Blurred Justice at the upcoming festivals."