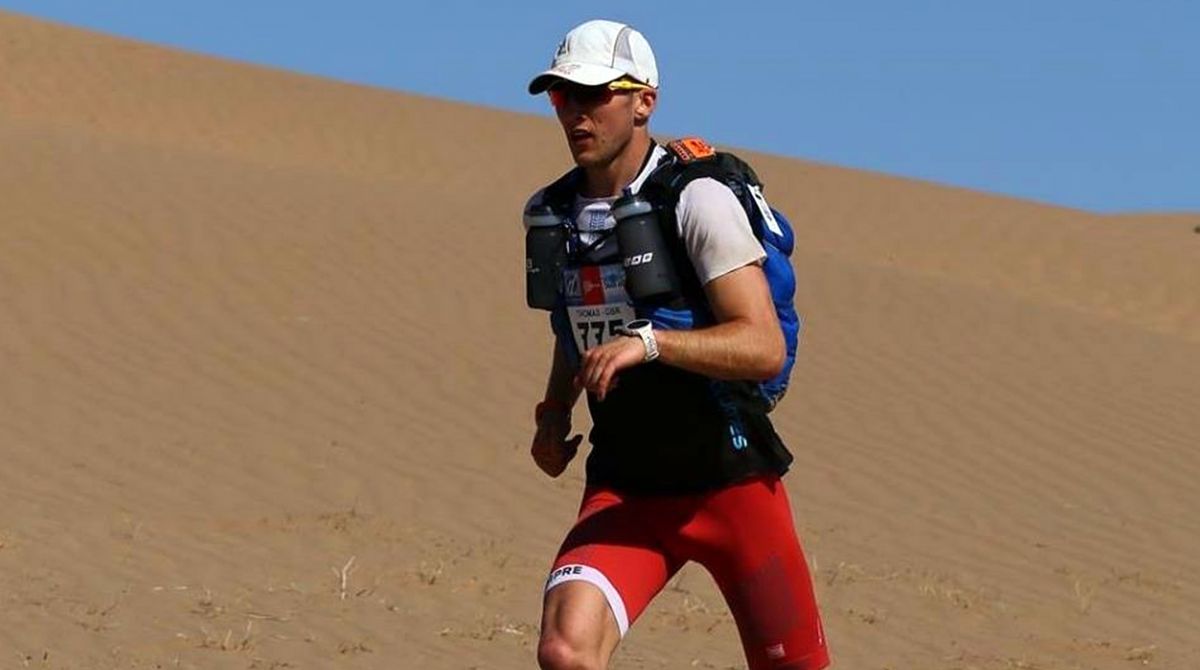 Kingston University has helped British army officer and ultra runner Tom Evans to achieve medal success in the 32nd Marathon de Sables which took place recently. The annual 250km footrace sees those taking part run a total of six marathons over six days across the sands of the Sahara Desert, enduring temperatures of up to 50°C.

The University provided heat acclimation support for Tom and 19 other athletes training to compete in this year's race. Tom – until recently a relative unknown on the ultra-marathon circuit – came in third overall in a very strong field, making him the highest placed British runner in the race's history.

Exercise physiology technician Chris Howe from the Faculty of Science, Engineering and Computing gave expert guidance to athletes during March and April in the University's specialised environmental chamber at the Penrhyn Road campus. The heat acclimation lab is in high demand in the run up to the Marathon des Sables as it replicates the conditions in the Sahara. The facilities are also used for practical work and research by students on several of the Faculty's courses; including the sport science degree which recently retained its place as the highest ranked in London and 10th in the country in the Guardian newspaper's 2018 University rankings.

Tom said the facilities and support at Kingston University had contributed greatly to his success. "Heat chamber training was fundamental for my top-three finish in the Marathon des Sables," he confirmed. "Chris is a font of knowledge and really helped me achieve my goals. I will definitely be using the chamber again for the build-up to warm weather races." 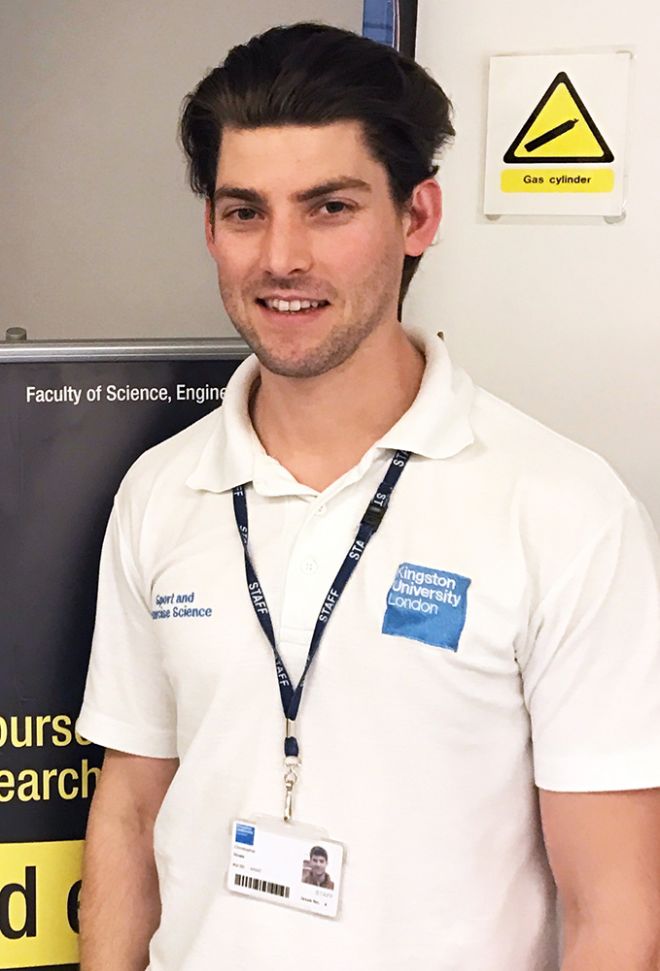 Exercise physiology technician Chris Howe helped prepare 20 athletes for the 32nd Marathon des Sables race.Mr Howe was helped this year by second-year BSc(Hons) Exercise, Nutrition and Health student Tyran Armstrong, who was able to acquire applied experience working with external athletes. He said there were many benefits for students of working with such high calibre athletes and using the University's state-of-the-art equipment. "Students like Tyran have the unique experience of examining the physical and psychological effects of endurance running on those who take part in such events," he added. "This contributes significantly to the hands-on expertise they accumulate during their studies at Kingston University."

This year also saw the return of world record-breaker Susie Chan to the chamber as she prepared for her third Marathon des Sables. The endurance runner entered the record books last year when she set a new women's world record for the greatest distance run on a treadmill in 12 hours in the University's human performance laboratory. Susie has had a busy year of races to date including the Costa Rica Coastal Challenge ultra-marathon – which she also prepared for in the heat chamber – and the Tokyo Marathon. She was thrilled to complete the footrace. "After a really tough time on day three of the Marathon des Sables, I had to dig particularly deep to keep going. However, all my training paid off and I was thrilled to power through in great form," she said. 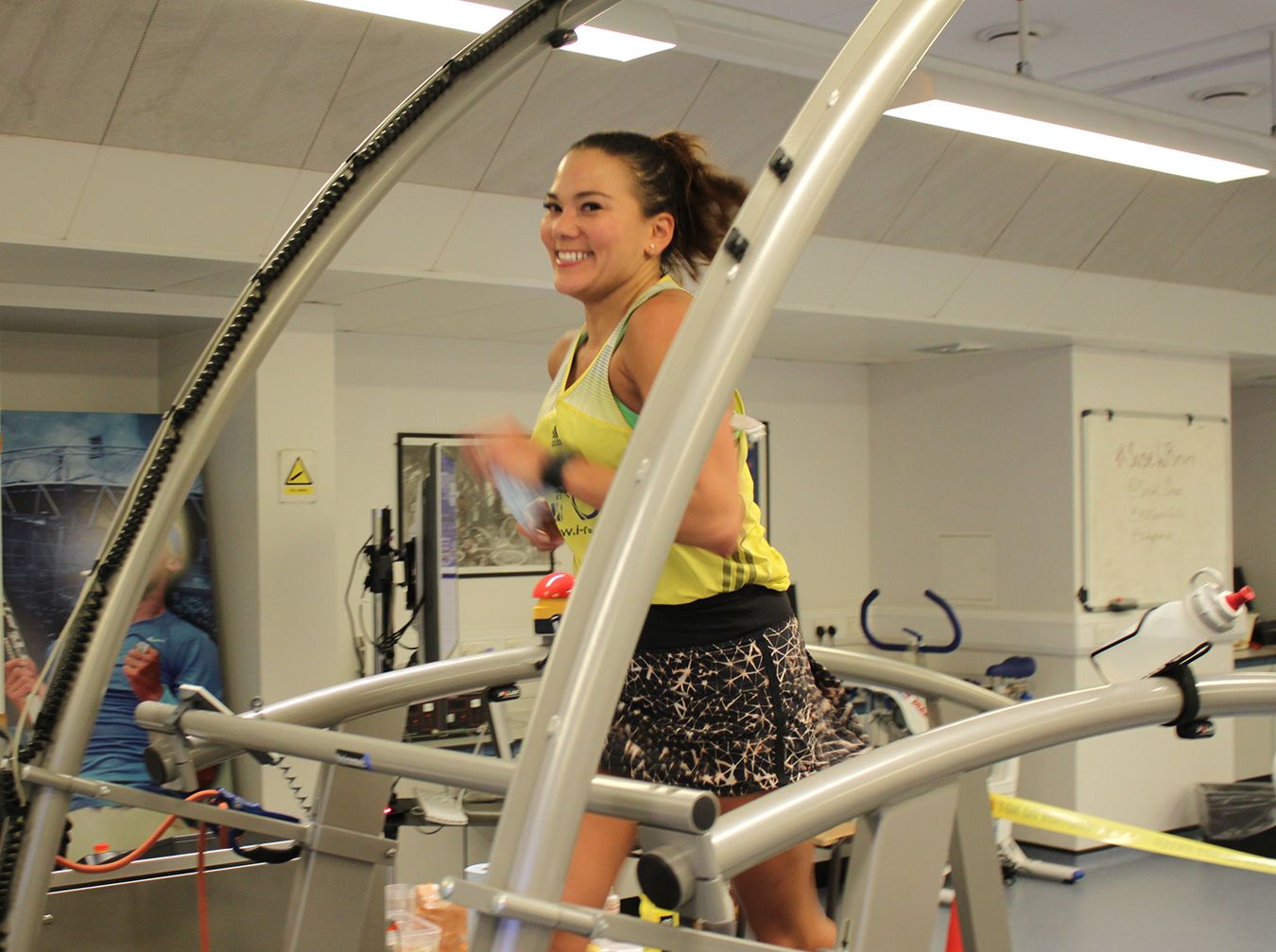