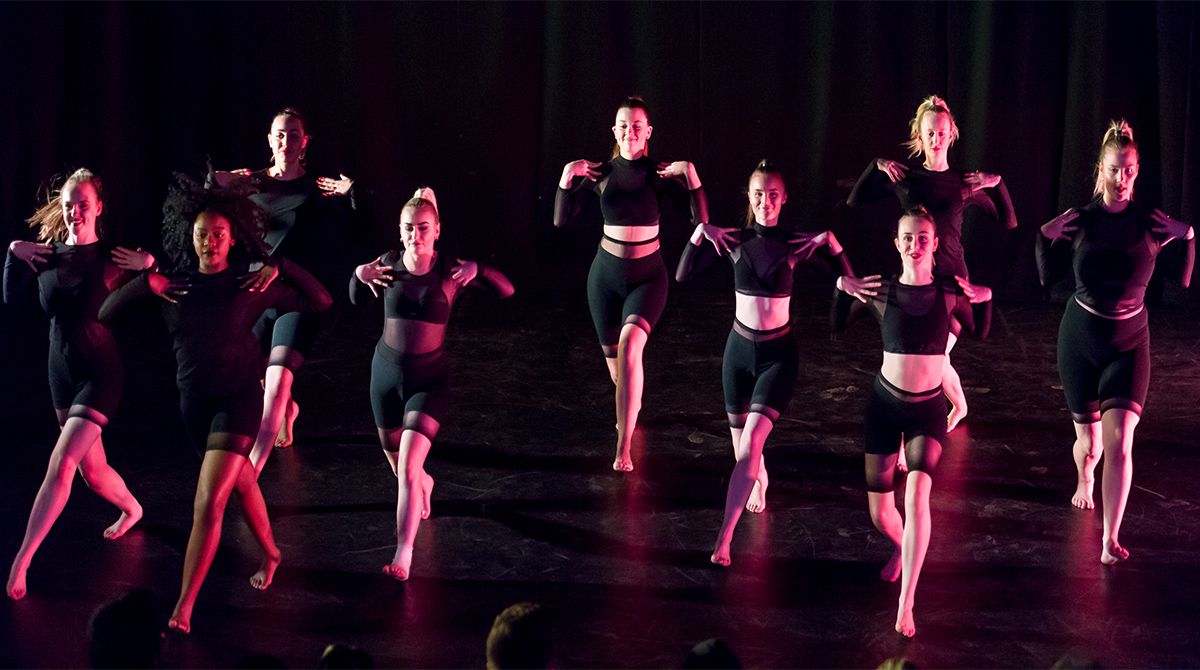 Kingston University performing arts students studying dance, drama, film and music have taken over the Rose Theatre Kingston to showcase their talents at the annual end of year festival.

From cabaret and comedy to street dancing and acoustic sets, Kingston Onstage features an eclectic range of work created and performed by students studying both undergraduate and postgraduate degree courses.

Dr Helen Julia Minors, Head of the Department of Music, praised the free festival – now expanded to spread over three evenings – for being a unique opportunity for students to share their creativity with a wider audience.  "Kingston Onstage is a great chance to provide the local community and industry scouts with an insight into the hard work students have been carrying out throughout the academic year," she said.

This year's acts included a heartfelt play devised by a group of final-year drama students, based on their first-hand experience of having loved ones affected by dementia. The performance focused on how the degenerative mental disease affects carers, which is something that is not often the focus in the media. 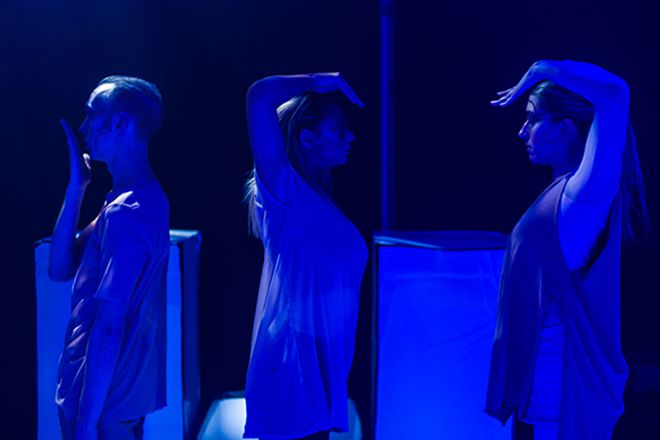 Olivia Cramsie, who is in her third year of studying BA(Hons) Drama with Psychology, co-created the piece – which combines movement and poetry – to help give the audience a better understanding of the different types of the disease, with special attention to vascular dementia.

Also performing in the piece was Connor Smith, who was also tasked with directing the drama section of the performing arts festival. Currently in the final stages of his BA(Hons) Drama degree, the actor and director said he has no regrets choosing to study drama at a University as opposed to a performing arts school.  "Many people think it's going to be all theory, but Kingston University has the perfect balance of theory and practical work," he said.

"Whether you are interested in acting or script writing, directing or teaching, the staff take into account the goals of every student and adapt the classes to suit what each individual wants to pursue," he added.

Involved in some aspect of every performance across the three days, third-year BA(Hons) Drama and Music student Geert Rigters viewed the stage from different perspectives – first as a musician and also as a technician – and has thoroughly enjoyed the experience. "Being able to perform in an actual theatre in addition to our universities performance spaces gives students a chance to look at the differences between the two and evaluate the challenges that it can present." 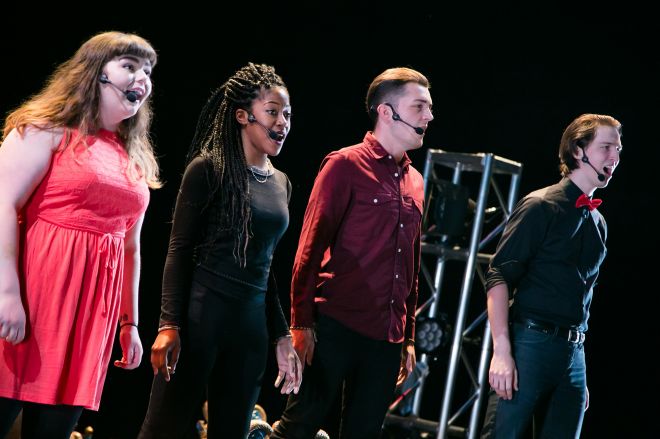 With music performances spanning a variety of different genres and styles, part-time MMus Music Performance student Tai Li Ling showed off her talents through her personal style, which combines blues vocals with folk-inspired songs played on a ukulele.

The singer-songwriter feels that she and her contemporaries are fortunate to be part of a tradition of performing to the local community at such a respected venue.  "It is a great honour to play my own songs at a grand setting like the Rose Theatre – being able to share my music with others is the reason I wanted to study music."

Drama student Jade Flack will also put her vocal talents to the test as part of the cabaret section with an adaptation of Funny Honey – a comical number from the multi-award winning musical Chicago – which she also directed.

The second-year student is one of the many performing arts students taking advantage of the close links between Kingston University and the Rose Theatre, which is the largest producing theatre in South West London. "Performing at the Rose is an absolutely incredible experience – not everyone gets to perform at a theatre during their time at university, so it's an added bonus."