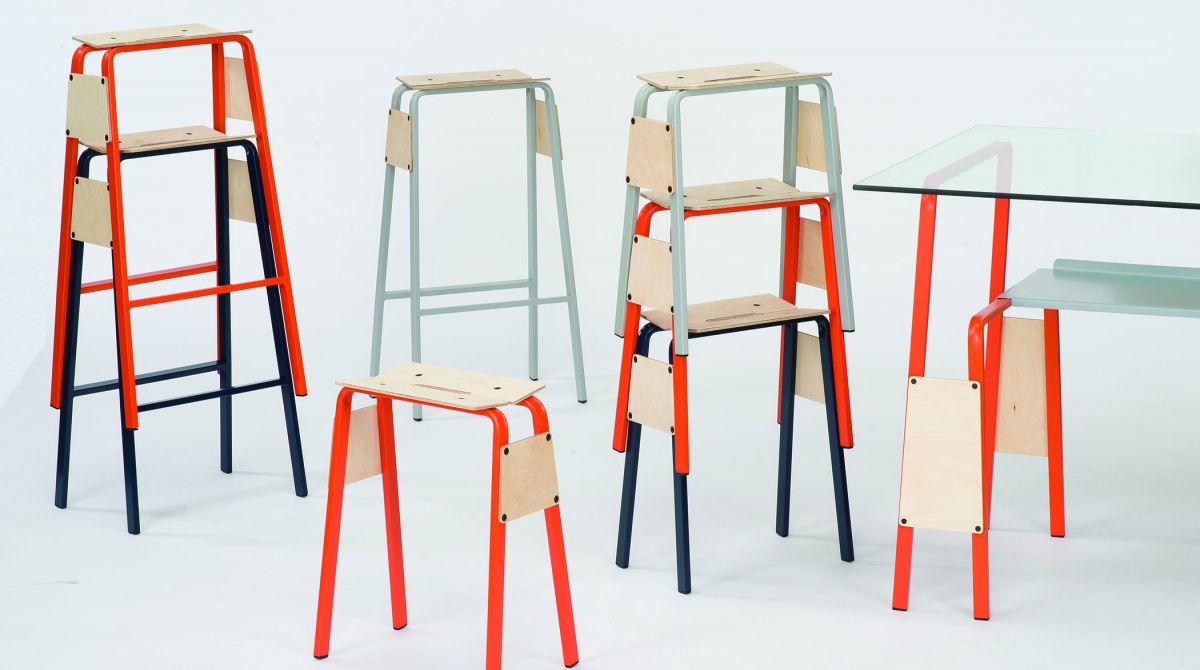 Dominic Postlethwaite\'s project looks at the process of crushed bending.

Calls for London independence following Brexit and the challenges of commuter travel chaos are just some of the themes addressed by artists and designers showcasing work at this year's eagerly anticipated Kingston University undergraduate degree show. Industry professionals were greeted with installations, interactive artworks and live performance pieces at the Knights Park campus as the Faculty of Art, Design and Architecture returns to its original name, re-introducing itself as Kingston School of Art.

One of the students showing her work is graphic design student Ruth Gardiner. She has used her final year project to imagine a world in which the Brexit vote triggered a more fractious consequence - the emergence of an independent London. The idea was sparked by an online petition in the wake of the referendum which attracted more than 180,000 signatories requesting London remain in the European Union. "When I first heard of the petition I thought it was a great idea, but on reflection, I realised it wouldn't work," Ruth said. "I'm attempting to make people question their decisions and re-think them, not just react with an emotional response," the 23 year old from London explained.

Ruth produced a series of newspaper covers, plotting the story in headlines, then created a new London flag, passport, London Euro and visa stamps. "I envisioned passport controls at major London transport hubs and the M25 used as the new border," she said. Influenced by her time studying in Germany and the effect of the East-West divide on design, the project allowed Ruth to take a more measured view on the outcome of the referendum. "It's my own journey of rationalising the outcome, calming down and trying to be more logical. I've become more engaged with politics during the past year, at the time it felt like the end of the world but people are carrying on, it becomes part of life," she said. 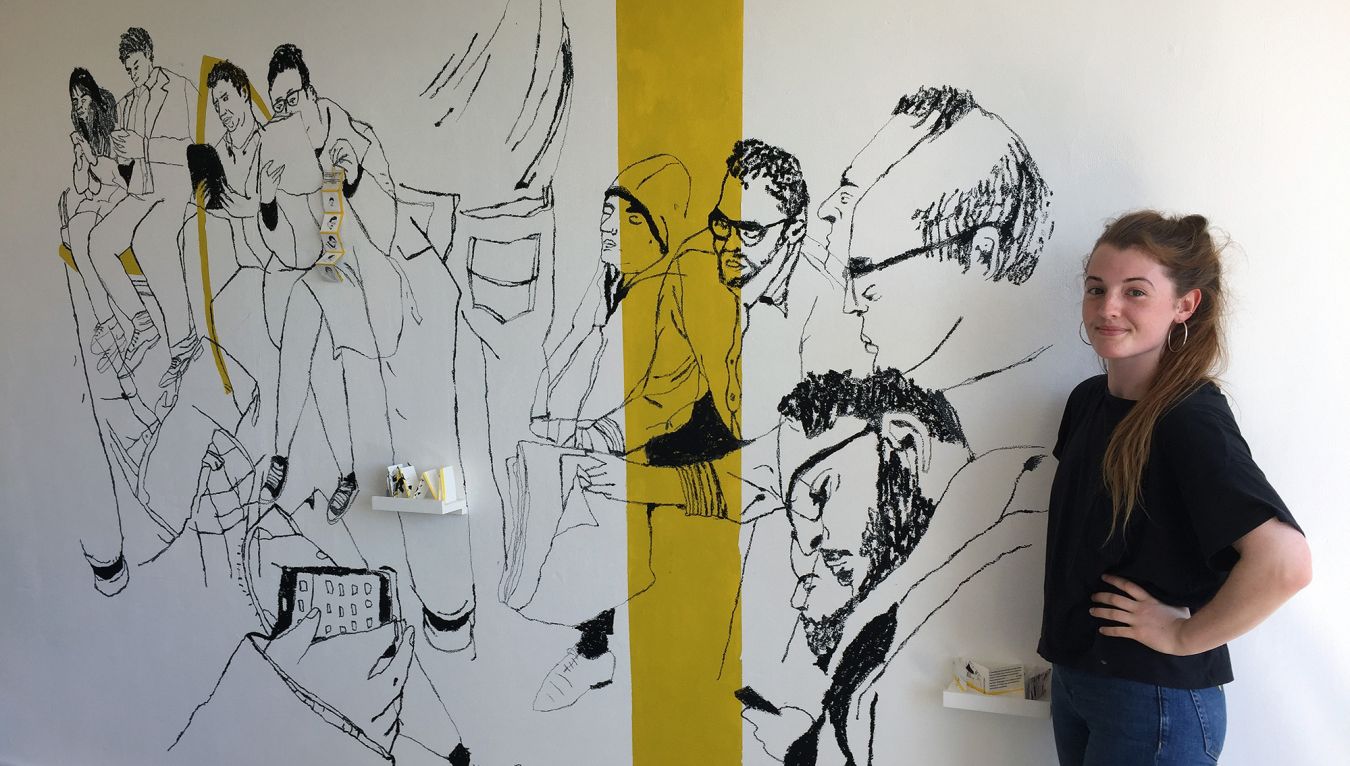 A different kind of trauma has influenced the work of 22 year old Illustration Animation student Lorna Wheele who has created a piece examining people as they commute. Lorna's experience of travelling from London to her family home in Brighton on delay-blighted trains made her look more closely at how people distracted themselves from the reality of commuting.

"My piece is about travel, claustrophobia and delays. Commuting can be a traumatic experience that has just become part of everyday life," she said. Lorna used oil pastels to create a pencil-like illustration of a train carriage full of people. "I've tried to capture frustrated and sweaty people packed into a small space. I scaled up the image because I wanted a life-size representation - holding up a mirror to many people's reality." Tablet and phone screens feature prominently in the work. "So many people use devices to pass the time when travelling, so I incorporated them to represent their universality in the modern world - it was refreshing to find someone reading a newspaper or a book I could draw," she said.

This year's show is the first to be held under the Kingston School of Art banner for more than 45 years as the faculty returns to its original name. The change reflects the faculty's art school ethos and its legacy in an era when artists and designers are highly valued in the rapidly growing creative and cultural industries. 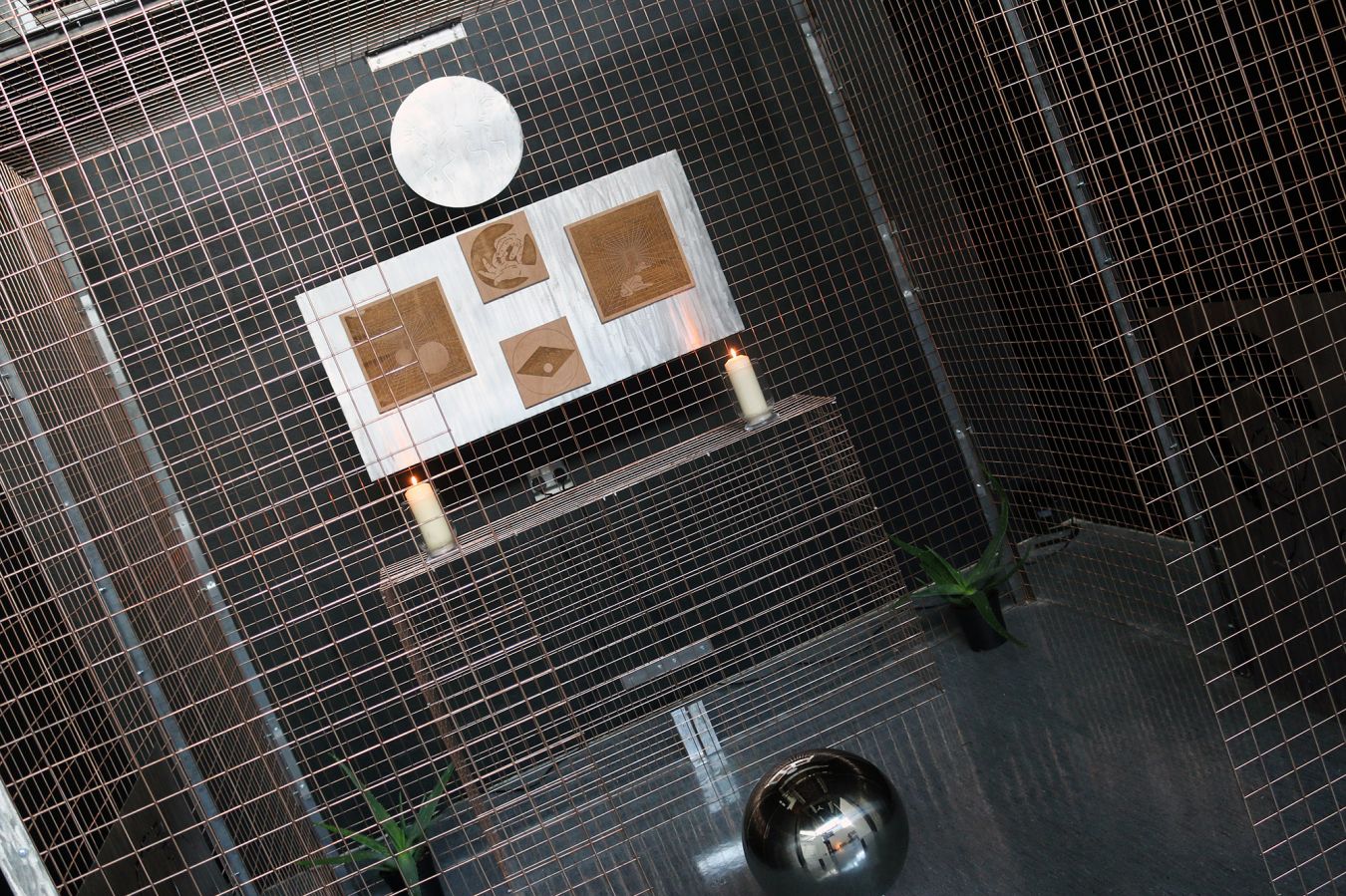 Fred Woodward's metal masterpiece can be seen in the fine art studio.

Elsewhere on the Knights Park campus students from the University's BA(Hons) Fine Art course - which rose 23 places to be ranked number six in the country in the latest Guardian University guide ranking - are putting the finishing touches to a range of artworks and installations. A chapel made from angular wire mesh and cube-shaped soft furnishings upholstered in a blue and white fabric with replica household objects placed on top are just two of the exhibits visitors to the show will discover as they explore the studios.

Meanwhile BA(Hons) Product and Furniture design student Dominic Postlewaite has produced a range of furniture based on a manufacturing process called crushed bending. "Instead of designing an object first then working out how to make it, I decided the starting point should be the process itself," he said. The result of Dominic's work is a range of low cost, utilitarian furniture made from only three components - crushed metal, plywood and bolts secured with an Allen key. "I was trying to turn a process used for industrialised objects into something known for its aesthetics. Crushed bending produces really lovely curves, which are hidden away because they are not recognised as beautiful," the 22 year old from Brighton said.