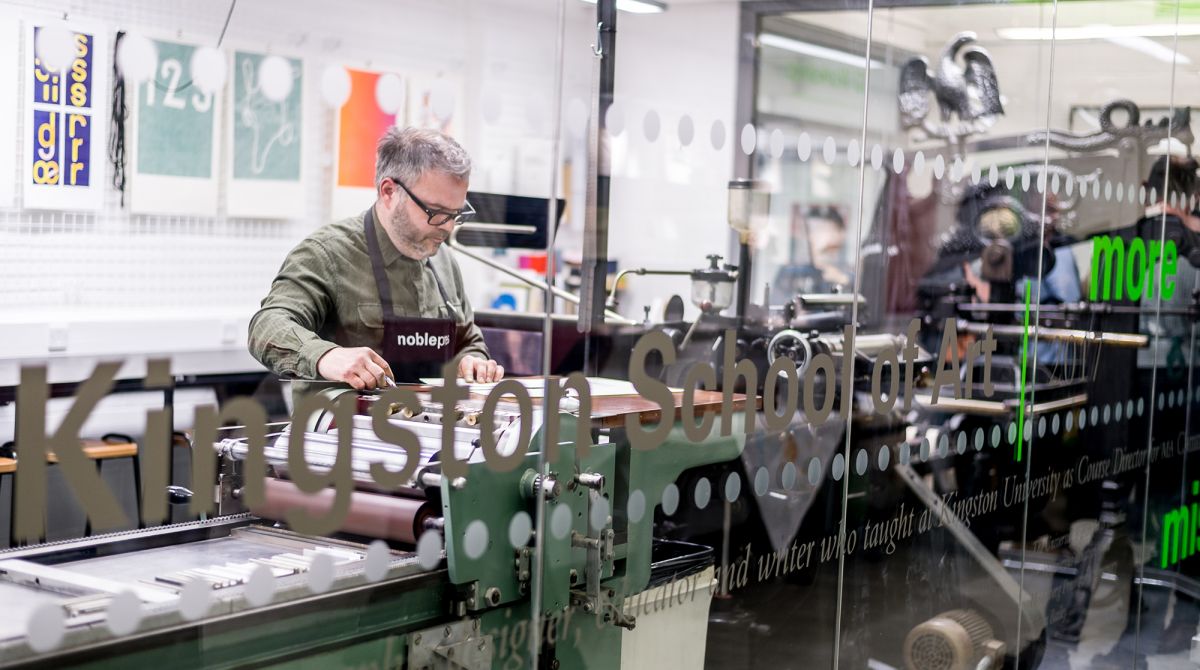 A letterpress and bookbinding workshop has officially opened at Kingston University's Knights Park campus. Housed within a bespoke glass walled space, the facility provides students with the opportunity to study art and design by taking a hands-on approach to design practice.

Known as Noblepress, the facility is named in memory of the former Head of MA Communication Design Ian Noble who passed away in 2013. The workshop boasts collections of both lead and wooden typefaces, with students able to hand set the type and print on machines made in the 1960s using a process invented by German Johannes Gutenberg in the 15th Century.

Kingston University's head of graphic design Andy Haslam explained the letterpress would encourage students to explore collaborative practice throughout the faculty. "The letterpress and book binding workshop has already been used by architects, fine artists, fashion designers, illustrators and animators, interior design and graphic designers," he said. "We hope it will prove to be an inspirational resource for future students."

The facility provides a link to ongoing research carried out within the design department aiming to catalogue letterpress workshops throughout higher education providers in the UK. "In 1969 there were 104 letterpress workshops in art and design schools or technical colleges. Today there are 41 - the Noblepress at Kingston School of Art is the latest," Mr Haslam explained.

The opening of the press was marked with an event at which visitors could make their own print to take home with help from the dedicated technicians and the students using it on a day to day basis. Acting Dean of the faculty of Art, Design and Architecture Penny Sparke addressed the invited guests, recounting the history of letterpress on what is now a University campus.

"Knights Park campus was host to a letterpress prior to the Second World War and was listed as a training centre for printing during the 1960s," she said. "The mass introduction of digital typesetting in the 1980s saw the letterpress reduced and it was finally closed in 1992. The reinstatement of the facility reflects the recent revival in letterpress printing and typography 25 years later."

Current students are using the machinery in ways impossible to envisage in its 1960s heyday. Second year graphic design student Lydia Barba was tasked with creating a publication in response to a course visit to Berlin. "I mixed modern techniques like laser cutting with the more traditional elements of the letterpress," she said. "Incorporating these elements really changes what you're able to produce with the letterpress and the limitations imposed by the process can lead to interesting creative outcomes."

With physical formats enjoying a resurgence in recent years, with vinyl records over digital downloads and the recent upswing in physical book sales versus eReaders - the hands-on design-led approach of the letterpress has caught the current creative zeitgeist. Lydia enjoys its tactility and the back to basics approach. "I prefer working physically with a form rather than working on the computer. I feel like I've learned a lot more by physically manipulating it myself - it's another way to experiment with design," the 21 year old from Bournemouth said.

The acquisition of the three presses takes place during a period of change for the faculty. In a return to its origins, Kingston University's Faculty of Art, Design and Architecture will be known as Kingston School of Art from September 2017. The new name reflects the faculty's legacy in an era when original thinkers are highly valued in the rapidly growing creative and cultural industries.

Among the guests at the opening event were Linda Richards from Databac in Kingston upon Thames who donated the Heidelberg press in memory of John Bailey, and members of Ian Noble's family. His son Eugene Noble, who trained in graphic design at Brighton University, spoke about the commemoration of his father's legacy. "When I was studying I told him I'd fallen in love with letterpress - it brought a strange joyous noise into his voice. It was so important to him and will teach present and future students so much about design," he said.

"I look around Kingston University and I see a lot of people my dad loved - they shared a passion for progressive education. My dad was known for saying "make more mistakes", one thing is for sure, you're going to make a lot of mistakes when you first use a letterpress," he added. 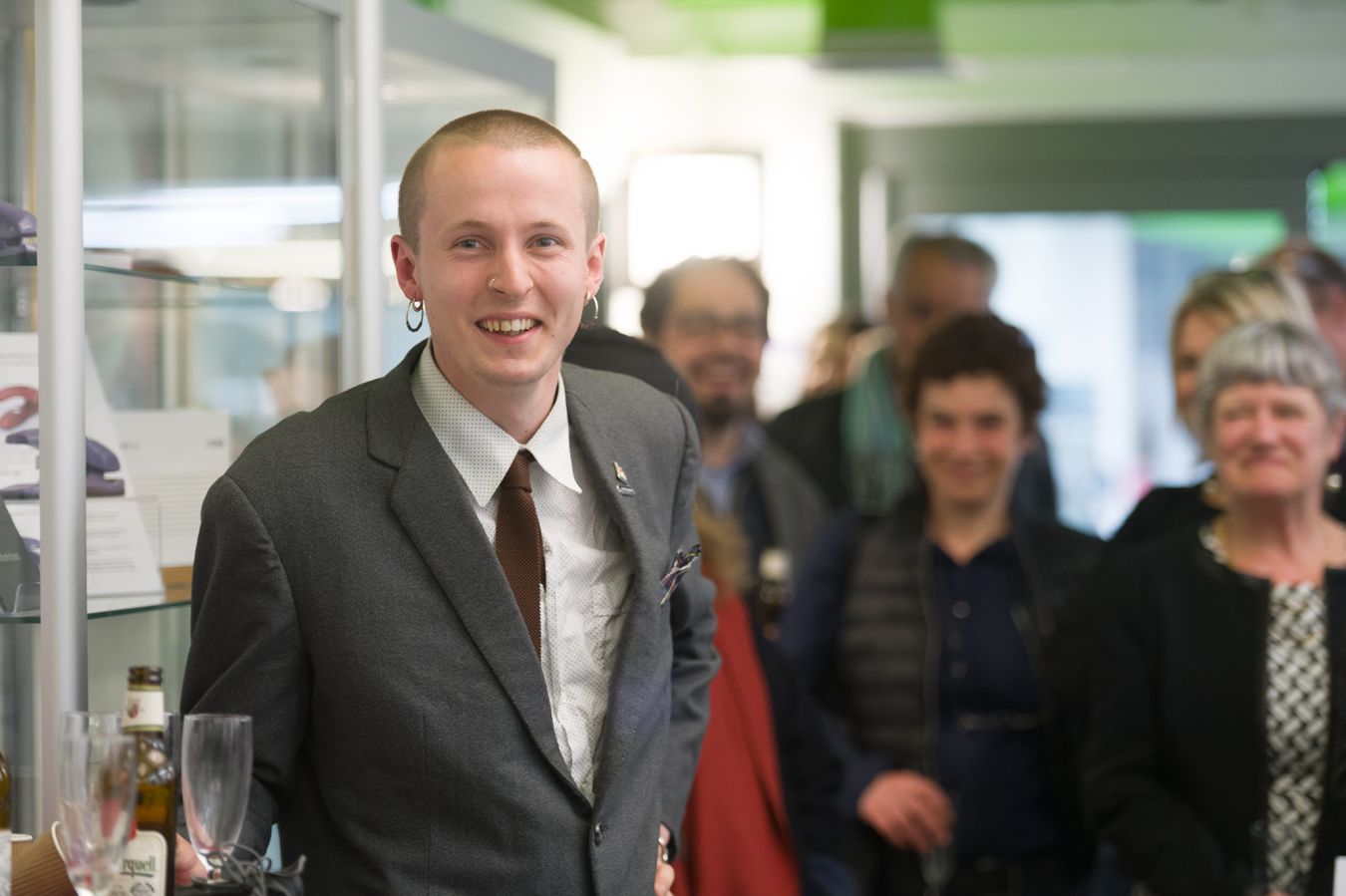 Eugene Noble, son of Ian, spoke at the opening of the letterpress and bookbinding workshop