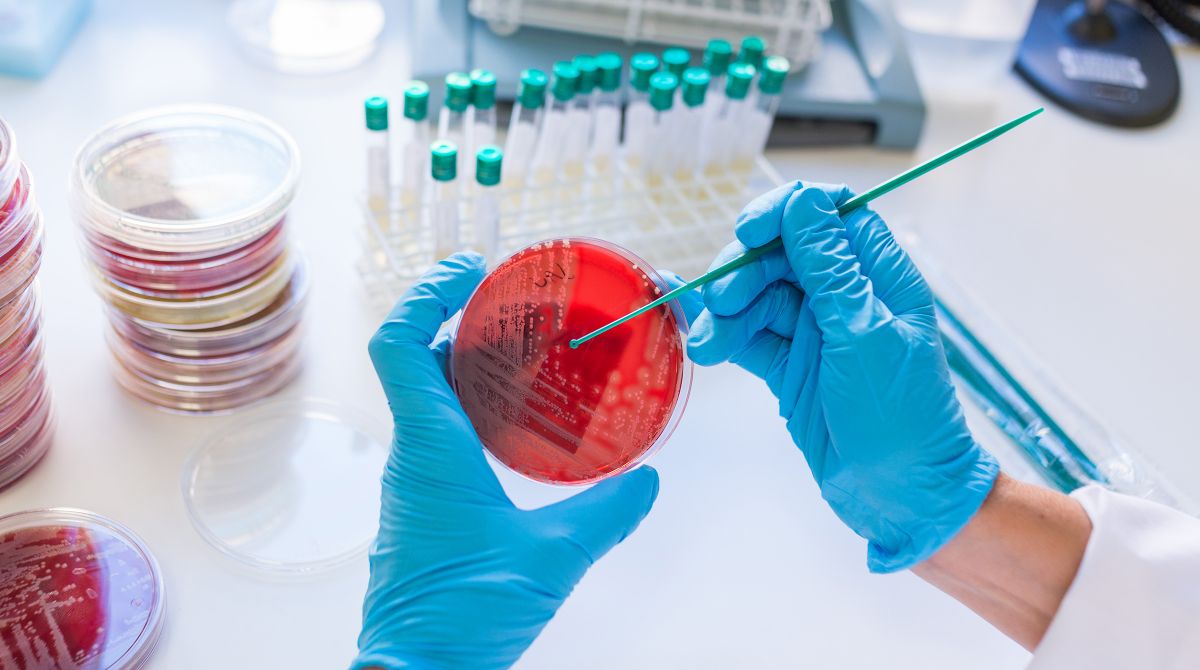 A new test developed by Kingston University experts to quickly identify people who may be infected with the superbug MRSA when admitted to hospital has been shortlisted for a prestigious industry award.

The LGX chemical probe developed by the team – which also includes laboratory manager Dr Lauren Mulcahy-Ryan and Professor Jian Wang – was shortlisted in the health category of the award, an annual innovation initiative that celebrates scientific research that is turning promising ideas into commercial reality.

Currently, when patients are admitted to hospital they are tested for MRSA – a form of Staphylococcus aureus bacteria that is resistant to a number of antibiotics. Such so-called superbugs present a significant problem for hospitals, with around seven per cent of patients across Europe developing healthcare related infections that cost up to £11bn annually to diagnose and treat.

Inpatients are generally given a swab test for MRSA, which can take several days to produce a result. However, the new LGX test developed by the Kingston University team would see a quick and affordable nasal probe used to screen which patients have some form of Staphylococcus aureus colonisation or infection, including both methicillin sensitive (MSSA) and methicillin resistant (MRSA) strains.

While the new test doesn't differentiate between MRSA and other strains, it would act as a gatekeeper – allowing medical staff to quickly identify which patients require further lab testing, according to Dr Le Gresley. "This test really has the potential to save the NHS money and could prevent numerous needless tests for MRSA from having to be carried out in future," he explained. "It can give a result within 30 minutes, saving valuable time and resources and allowing staff to filter those patients who may have MRSA from those who definitely don't.

"We have secured EU and US patents for the LGX test and are now in advanced discussions with a number of hospitals to run trials with anonymous patient swabs, which will allow us to compare our results with those obtained within hospital labs.

"To be shortlisted for this award, alongside a number of prestigious international institutions, really shows the cutting-edge research that is being carried out here in the Faculty."

The RSC's annual Chemistry Means Business event brought together national and international firms, multinational organisations and academics from across the United Kingdom and Europe.

Kingston University was shortlisted alongside entries from the likes of Cambridge, The University of Edinburgh, Heriot Watt University and Lund University in Sweden at the event.