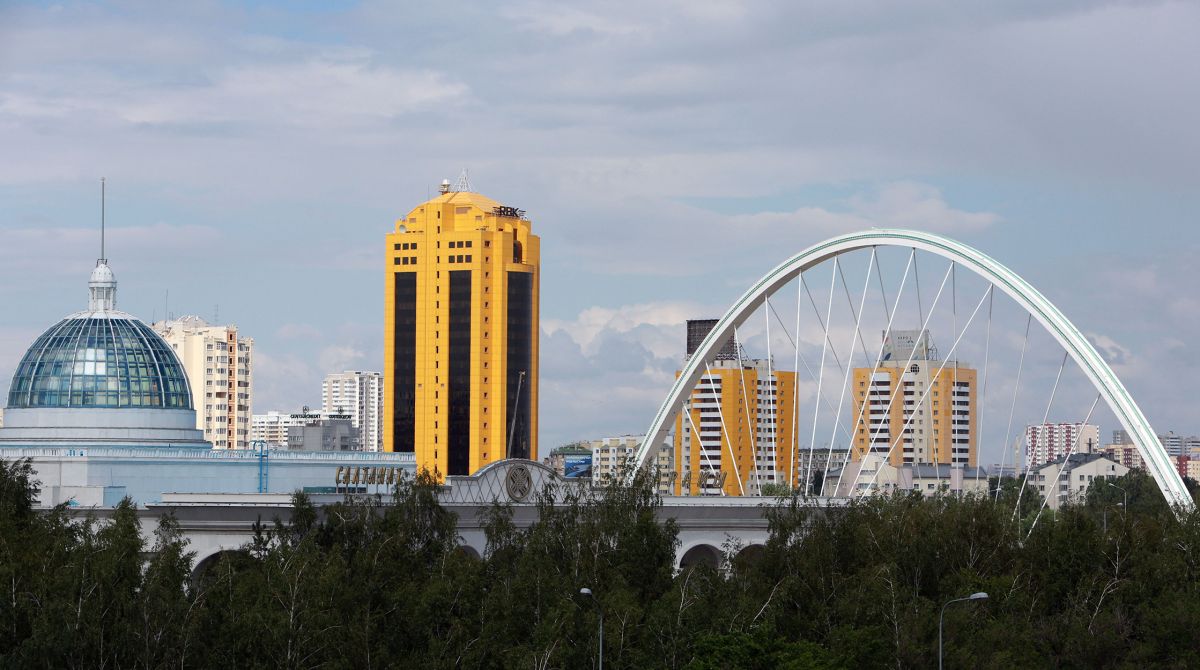 A group of Kingston University students have travelled to Kazakhstan at the invitation of the British Council to help plan an exhibition which hopes to raise the profile of Kazakh design.

The British Council gave the Curating Contemporary Design MA students a project brief - to research Kazakhstan's emerging design identity. The groups explored the Kazakh people's nomadic heritage, disrupted by Soviet rule for much of the 20th Century until independence was declared in 1991.

The winning entry, named A Chest of Future Memories - a reference to the large chests given as presents to Kazakh newlyweds - was chosen to form the basis of the exhibition at EXPO 2017: Future Energy taking place in Astana, capital of Kazakhstan.

Five groups of Kingston University students presented their ideas to a panel of British Council representatives, with the winning project team invited to travel to Almaty, in the north west of Kazakhstan, to conduct research within the world's largest landlocked country.

Donna Loveday, Course Leader for MA Curating Contemporary Design and former Head of Curatorial at the Design Museum said the project had given the students a unique opportunity to engage with the design and culture of a different city. "We place a strong emphasis throughout the course on the need for curators to be able to work creatively in partnership" she said. "This project has given the students great experience of international creative collaboration and learning to overcome language and cultural barriers. Conquering these challenges allowed the students to make an impact, not only on the project, but on the people we met," she said. 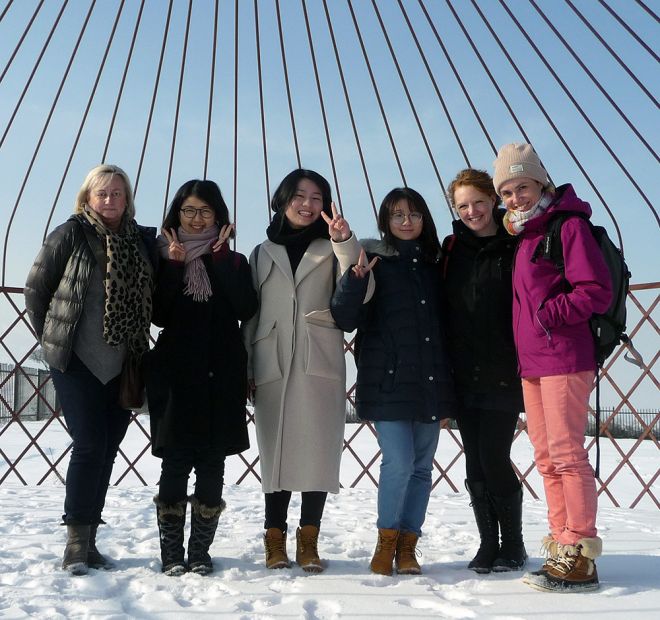 Left to right: Course leader Donna Loveday, JiaoJiao Dong, Runxuan Jia, Jiaiqi Zhang, Emma Snow and Guida FerrariOne of the five students studying on the Curating Contemporary Design MA course making the trip explained that the design community in Kazakhstan while relatively small, is vibrant and diverse. Guida Ferrari, originally from Barcelona, explained the impetus behind the project. "It's driven by the desire to connect the design community to craftspeople and artisans. One of the aims of the Expo is to encourage a mix of the traditional elements of Kazakhstan with the innovative work of designers," she said.

Guida, who trained as an architect before working as an exhibition designer in Madrid, explained the aim of the visit was to examine local modern symbols and the cultural codes informing today's city nomads living and working in Kazakhstan. "Many designers share a common historical and geographical background. They represent the first generation of Kazakhstani's to be born into an independent country for almost a century," Guida explained. "The brief was to look for trends and designers that could help mould a clear identity for design in Kazakhstan and to give it exposure on a global scale."

The students immersed themselves in Kazakh culture for a week of learning - visiting museums, meeting artisans and even receiving a guided walking tour of Almaty from a local television personality. Gian Luca Amadei, Design Programme Manager at the British Council, said Almaty's creative scene is growing very quickly, while establishing new international connections. "Our collaboration allowed us to offer a selection of Kingston University students the opportunity to travel to Almaty and experience first-hand the cultural context of the city," he said. "Their work on this project shows that they have bright futures as design curators."

The course, which is run in partnership with the Design Museum, London, forms part of the newly established school of Critical Studies and Creative Industries which aims to forge closer links between art practitioners and critical thinking. In a return to its origins, Kingston University's Faculty of Art, Design and Architecture will be known as Kingston School of Art from September 2017. The new name reflects the faculty's legacy in an era when original thinkers are highly valued in the rapidly growing creative and cultural industries.

For Guida and her fellow students, one of the most memorable moments was a trip out of the city to experience life at a regular Kazakh home. "The people are famous for their hospitality. They had prepared a huge meal for us and there was a real party atmosphere, some of the family had even skipped work to be there," she said. "They record their history in song - storytelling and music are very important to them. The father of the family was an amazing musician - it was a wonderful moment to watch him and his family play traditional instruments and sing for us," she said. 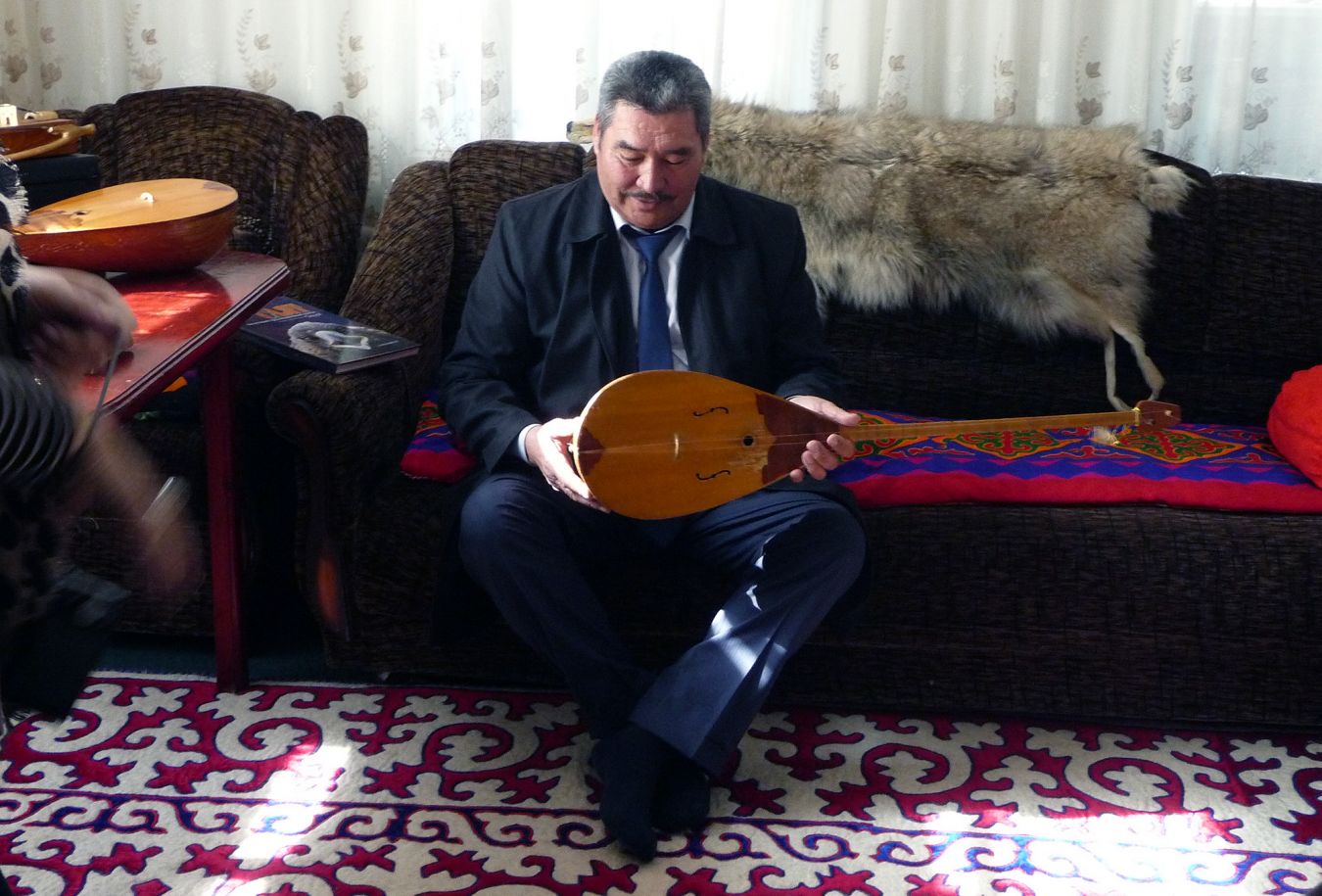