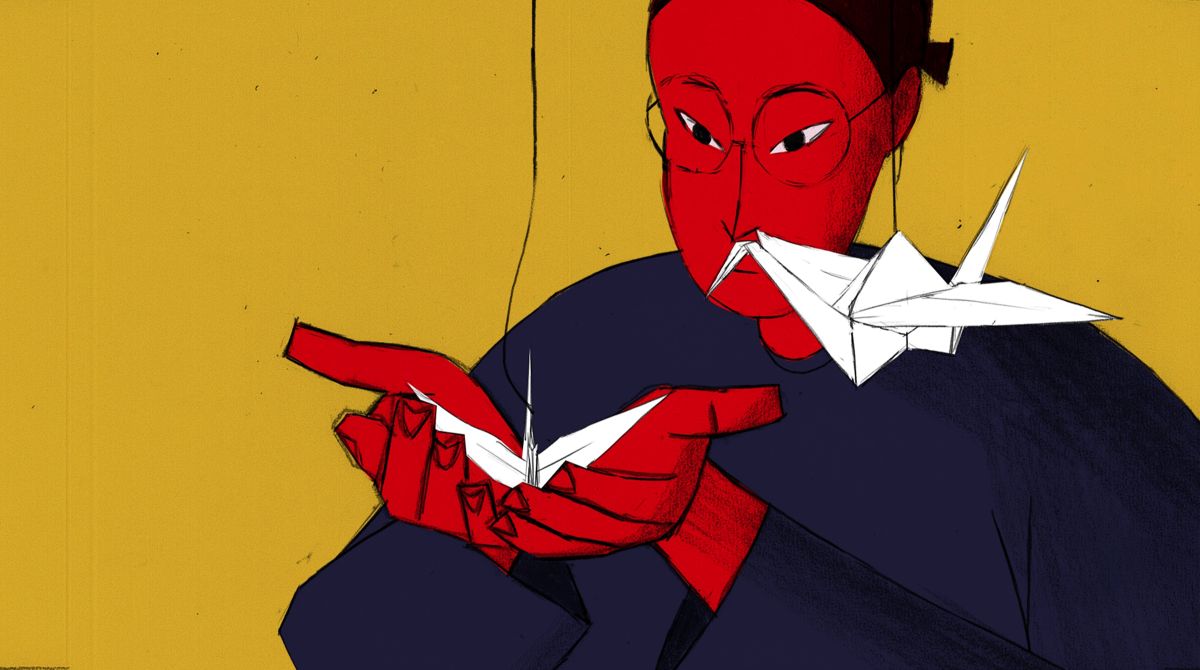 A still from animated film Tough: Jennifer says she is honoured and excited to win the RTS Student Award

A Kingston University graduate has won the Undergraduate Animation award at this year's Royal Television Society (RTS) Student Television Awards with her short animation Tough – continuing an impressive sweep of accolades for her final year work.

Along with a nomination for best British Short Animation at the BAFTA awards earlier this year, Jennifer Zheng's moving film about her complex relationship with her Chinese mother has amassed a number of commendations and secured a host of screenings – most notably at the prestigious Sundance festival. 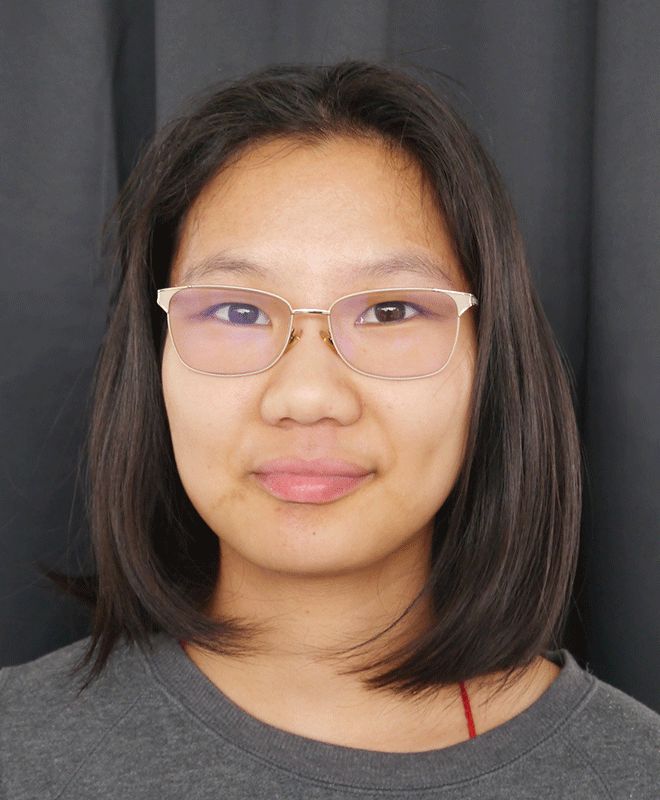 Jennifer Zheng says making her film was a form of therapy Jennifer admits she's been taken by surprise at the reaction to Tough: "I'm extremely honoured and excited to win this award, it really means a lot to me. I really hope it will bring more attention to the film when it releases online on 25 June," she said. "I sent it off to the festivals on a whim, I never expected it to go as far as it has."

At around five minutes long, Tough took seven months to produce from start to finish. However, the idea of exploring her heritage was the result of lingering thoughts and question marks over her own identity.

"I was very confused growing up, as a Chinese kid in Northern Ireland I was never quite sure where, or who I was supposed to fit in with. My parents wanted me to be Chinese and I just wanted to be like all the other white kids," said the junior designer from Belfast.

The resulting identity crises that ensued provided Jennifer with the ideal material to direct her feelings into her work. "My tutors talked about making films as a form of therapy and that was definitely the case with me and Tough, it was a great opportunity for me to dig into those issues," she said.

Tough's universal themes of culture clashes and identity crises have struck a chord with many, including the star of the film – Jennifer's mother. "The fact that I was making a film made me braver about talking to my mum about our relationship. We talked about our childhoods and misunderstandings, it really helped us understand each other much better."

Having graduated in 2016 with a first class honours, Jennifer has fond memories of her undergraduate years, crediting the camaraderie with class fellows and tutors as the highlight of her time at Kingston University. "I completed my art foundation course at Kingston and then decided to stay on for the BA(Hons) in Illustration and Animation because I was impressed by the course, especially the tutors and the environment," she said.

In a return to its origins, Kingston University's Faculty of Art, Design and Architecture will be known as Kingston School of Art from September 2017. The new name reflects the faculty's legacy in an era when original thinkers are highly valued in the rapidly growing creative and cultural industries.

Senior Illustration and Animation lecturer Chris Shepherd has credited his former student's drive and determination for setting her on the road to victory. "Jennifer is someone who was never satisfied until she produced a standout animation. She picked a story that she knew and this in turn spoke volumes. The mother and daughter story is a powerful motif which everyone can relate to. It's a powerful story which communicates to diverse international audiences," he said.

Jennifer currently works as a director and designer at London-based animation firm Moth, having secured a role there following an impressive stint as an intern.

Her ambition is to direct more films in the future, but in the short-term she hopes the RTS Student Award win will help raise the profile of Tough.

"It is really hard to stand out from the crowd, so hopefully this will help garner more interest in my film and encourage people to watch it," Jennifer said. 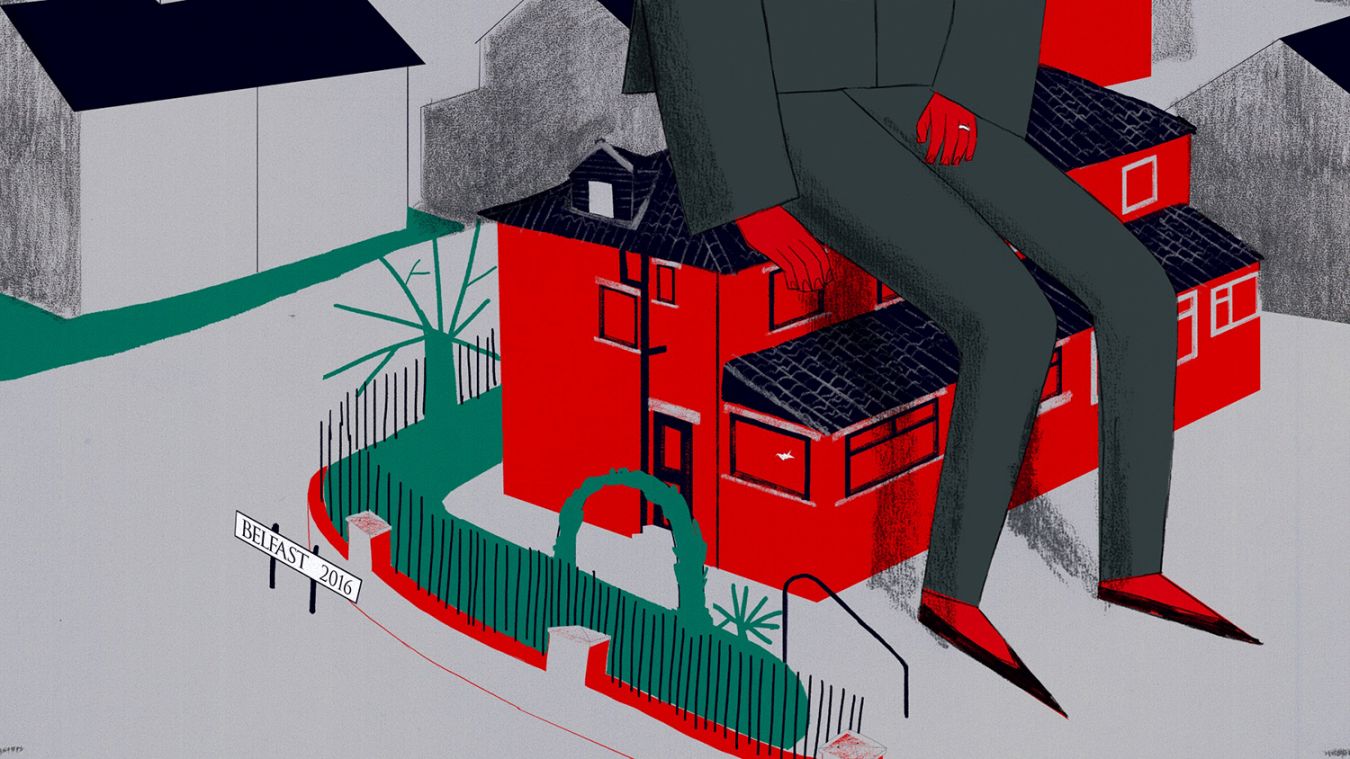 A still from animated film Tough: As a Chinese child growing up in Northern Ireland, Jennifer wasn't sure where, or who, she was supposed to fit in with