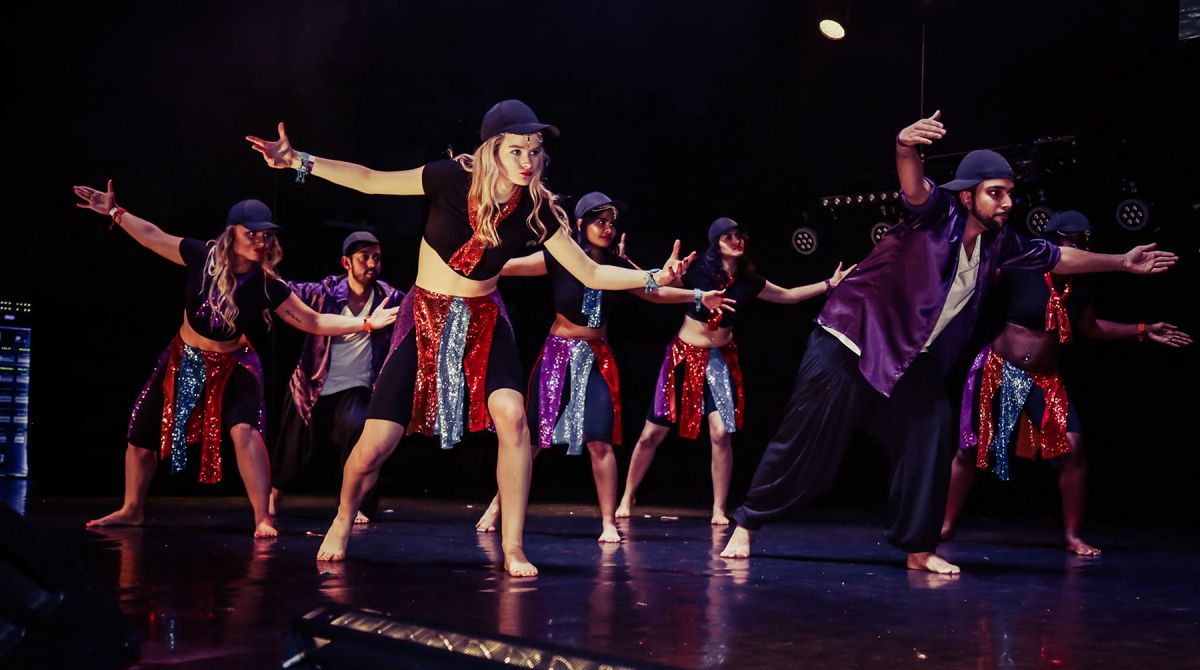 A multicultural group of Kingston University dancers fought off competition from teams across the country to secure second place in a nationwide Bollywood dance event.

The Kingston Khalnayaks is a 19-strong team made up of current Kingston students from courses ranging from business to science degrees, as well as graduates who have an interest in performing arts.

The multicultural team boasts members with English, Jamaican and Indian origins and stood out, in particular, for being one of the most culturally diverse groups within the competition.

The team was brought together by Kingston University BA(Hons) Dance graduate Georgia Cornwell who also choreographed the routines for both the semi-final and final of the competition. Originally from Somerset, South West England, Georgia fell in love with Bollywood films at an early age, captivated by their unique style of vibrant, energetic music and choreography

It was during her final-year of her dance degree that Georgia decided she wanted to combine her love of Bollywood with her passion for dancing to pull together a team to enter the Battle of Bollywood.

She acknowledged that, while it may be unusual for a girl from the West Country to be leading a troupe of Bollywood dancers, the competition had been a great chance to bring together students from a diverse range of subjects, cultures and backgrounds. "Putting a team together for the competition was a fantastic way to meet new people from different courses and also a perfect chance to learn about and embrace different cultures," said Georgia. 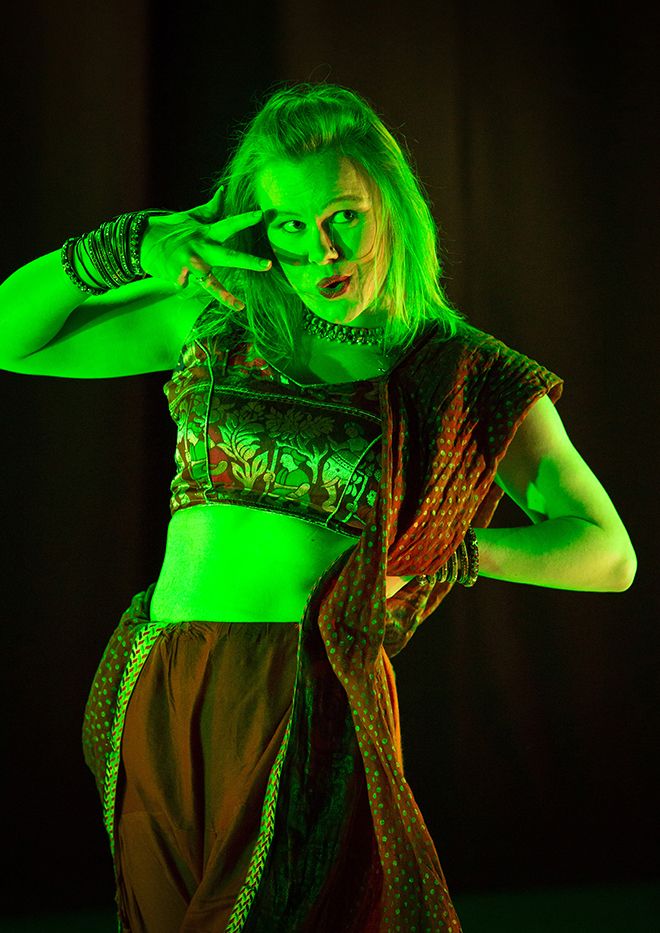 Kingston University BA(Hons) Dance graduate Georgia Cornwell choreographed the routines for both the semi-final and final of the competition. Photo Credit Tangle Photography (uk)After only five months of rehearsing together, the Kingston Khalnayaks saw themselves competing against 24 other teams for a spot in the final ten – two of which had been filled by last year's winner and runner up.

The dancers were tasked with creating a choreographed performance of ninety seconds, compiled with music solely from original film soundtracks which feature Indian actress Parineeti Chopra. Each team was assigned a different actor, ensuring that no two songs were the same.

Having come fourth in the competition last year, the group proceeded once again to the final round where they had to perform a four-minute piece to an audience of 3,000 people – an impressive achievement considering not many team members had even danced on stage before.
"Performing at such a well-known venue as the Hammersmith Apollo was an incredible experience," said Georgia. "Getting the opportunity to dance there was surreal – it was overwhelming but exciting at the same time."

Battle of Bollywood returned for the third time this year with a panel of celebrity expert judges marking the teams on their technical ability, creativity, entertainment value and formations and synchronisation. The Kingston Khalnayaks were praised for their variety of movements and amalgamation of different dance types, which judges described as a reflection of the true essence of Bollywood.

Gauri Sharma Tripathi, an expert in the classical Indian dance called Kathak and resident Kathak artist at the Southbank Centre, said the panel appreciated the fact that the Kingston Khalnayaks – though not necessarily coming from a Hindi background – had made the effort to learn the lyrics to the Bollywood tunes they were dancing to.

This commitment to authenticity and staying true to the origins of Bollywood was echoed by Jason Piper, Interim Head of the School of Performance and Screen Studies, who added that the success of the collective was even more impressive when you consider their varied cultural backgrounds.

"The achievement of the team – many of whom learned to sing in Hindi specifically for the performance – is a reminder that integration and diversity is always a strength and something to be celebrated," he said.

"To do so well in the competition again this year and on a much larger stage is just phenomenal. Kingston University is rightly proud of our Bollywood superstars."