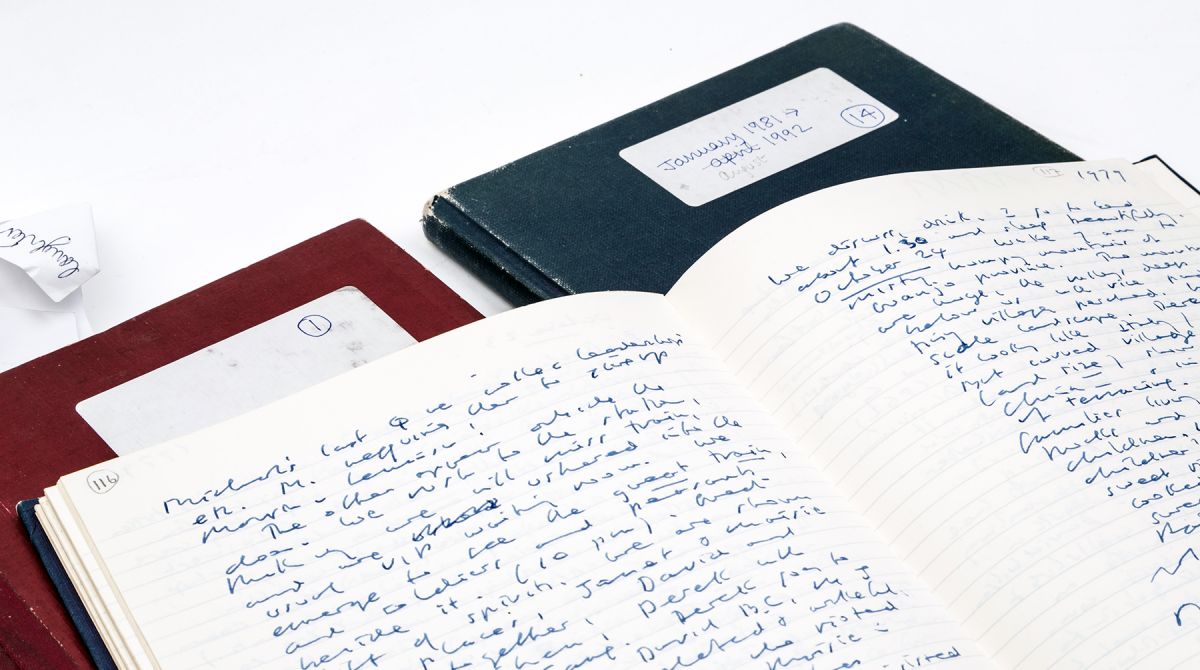 Iris Murdoch fans and scholars finally have an opportunity to read between the lines as 15 volumes of the writer's private journals, covering the period from 1939 to 1996, become available at Kingston University. The documents – which until now have been kept privately – have been donated to the University by Audi Bayley, the widow of John Bayley, who was married to Iris Murdoch from 1956 until her death in 1999.

The gift also includes hundreds of unpublished poems, manuscripts, notebooks and letters, adding to the comprehensive collection already owned by the University which encompasses the late writer's Oxford and London libraries along with more than 3,500 letters written by Murdoch.

University archivist Katie Giles said it was impossible to overestimate the value of the archive. "We now have the most significant collection of Murdoch-related material in the world," she explained. "This latest generous gift of her personal diaries shows that Kingston University remains one of the leading global destinations for Iris Murdoch scholars."

Murdoch's personal life and its influence on her novels have long been considered a source of intrigue and debate. This latest acquisition – which makes the archives the most complete body of autobiographical work by the late author – will now allow enthusiasts and scholars to explore the thoughts and influences that underpinned her fiction and philosophy which spanned a period of more than forty years.

Kingston University emeritus research fellow, Dr Anne Rowe, has dedicated much of her career to exploring the writer's life and work and believes that the subject matter and reflections within Murdoch's writings are even more relevant to a modern-day audience than to the readers of her time. "Murdoch's novels continue to capture the attention of academics in fields as diverse as theology, philosophy, linguistics, narratology, creative writing and publishing," she added. "These journals provide unparalleled insights in to the remarkable and complex life of a woman whose private and public personas were often at odds with each other." 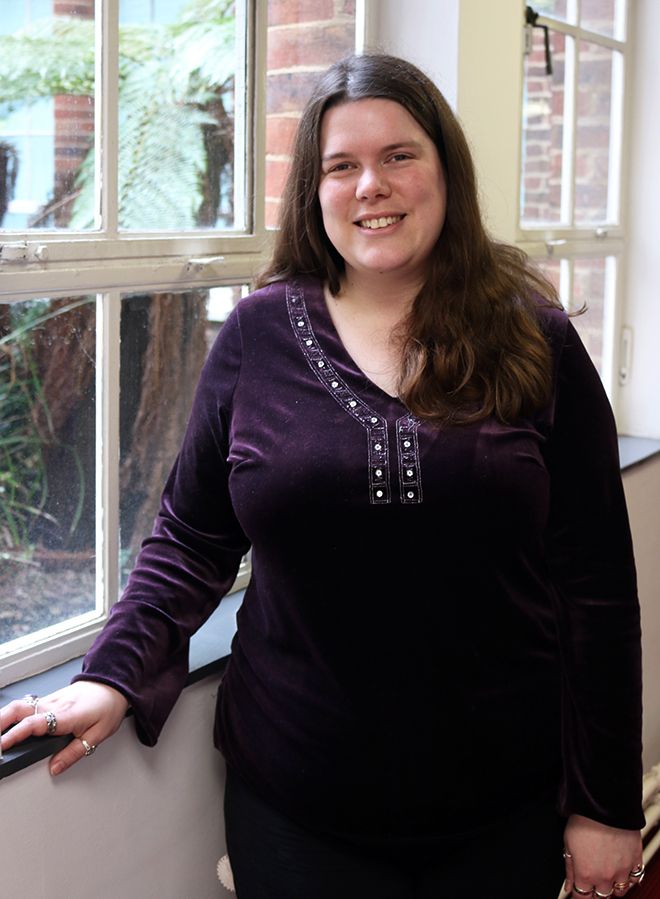 Katie Giles oversees the University's archives including the Iris Murdoch Collection.The fifteen volumes of journals, which are currently being transcribed by Murdoch scholars alongside volunteers from the local community, will offer an opportunity to understand how Murdoch's life and art were interwoven. A first glance at the journals revealed that some entries had been edited by the late author with phrases having been physically cut out of pages by Murdoch herself, Katie Giles explained.

"The second journal is missing and assumed destroyed as it spans the period during the Second World War when Murdoch was caught up in a controversial love triangle," she said. "The account of the first days of her marriage has also been removed, with a simple reference: ‘August 14. Married John' written in one of the remaining margins."

Among the collection is a journal from the 1980s which is packed with descriptions of domestic incidents and accounts of dreams. Most significantly, there are hundreds of cryptic comments on philosophy, theology, literature and the writing process itself.

There was quite a difference in style between the first and last journals, Dr Rowe said. "The first journal from 1939 captures the brief carefree period when Murdoch travelled the countryside with the Magpie Players – a group of Oxford students who performed ballads and songs," she explained. By contrast, Dr Rowe added, her last entries comprised fragments of sentences that were written when Murdoch was in the grip of Alzheimer's – with the final pages taking the form of letters, where she repeatedly wrote, ‘My dear, I am now going away for some time...'.

The procurement of the journals heralds a new collaboration between Kingston University and the University of Chichester which, in 2016, launched its affiliated Iris Murdoch Research Centre headed up by Dr Miles Leeson.

The diaries would fuel future collaborative areas of research between the two universities and support joint funding applications, Dr Leeson suggested. "We have celebratory events planned for 2019 to mark the 100th anniversary of Murdoch's birth," he added. "These will include conferences, a centenary collection of essays and a travelling exhibition which will exhibit a selection of materials from the Murdoch archives, possibly housed in a reconstruction of Murdoch's Oxford study."

In the meantime, the Iris Murdoch journals can now be accessed at Kingston University's archives, something, according to Dr Rowe, that will enhance Murdoch research for decades to come. "These day-to-day records and philosophical reflections will enable researchers to fill in the gaps in Murdoch's history, revisit her work and invite new interpretations of her novels," she said. "We look forward to seeing how the collection informs future research and continues to affirm Iris Murdoch's significant contribution to the development of the British novel in the mid-to-late twentieth century." 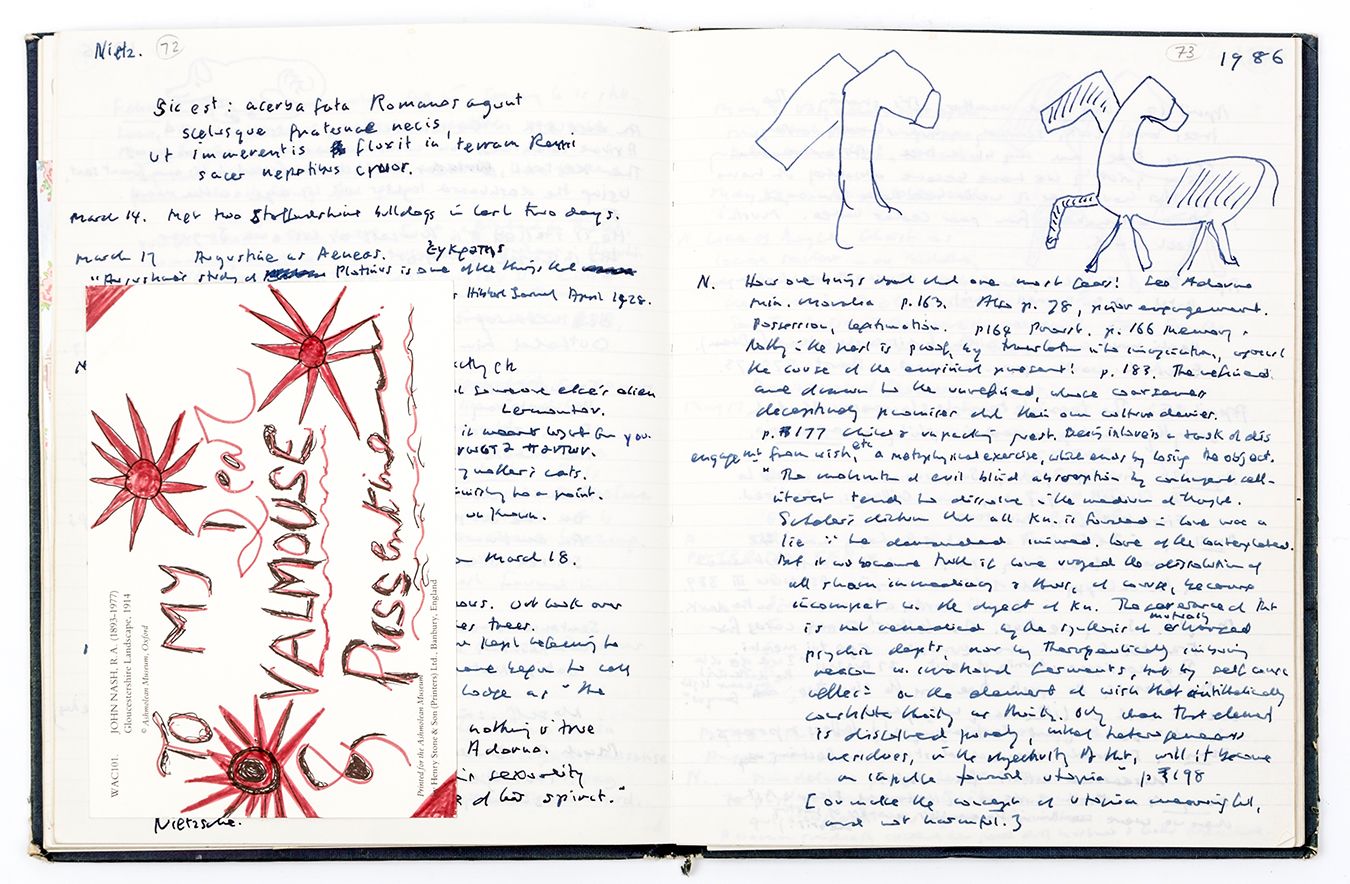