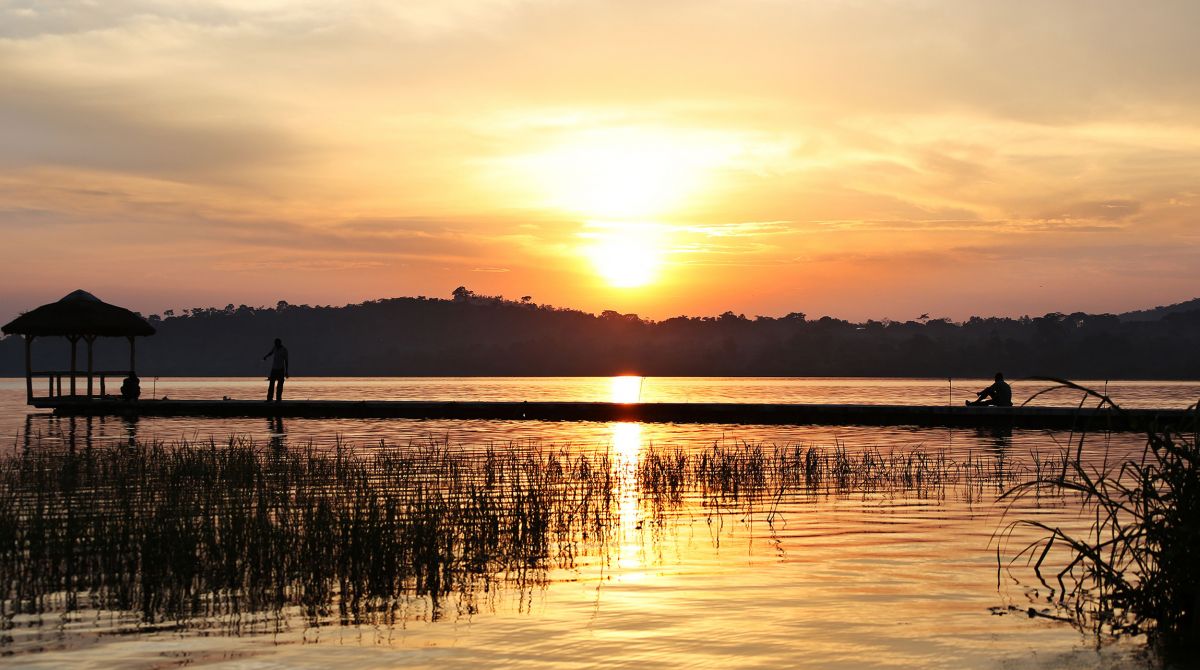 The freshwater snails are commonly found in slow-moving water in regions of sub-Saharan Africa, such as the shoreline of Lake Victoria in Uganda. Photo by: Hensel/Epa/REX/Shutterstock

Scientists from Kingston University have played a pivotal role in uncovering vital information about the biology of a snail that spreads a deadly parasitic disease in tropical rivers and lakes.

The small freshwater snail, Biomphalaria glabrata, is known to carry parasitic worms called schistosomes – which, when released into rivers, can infect people causing human schistosomiasis. The tropical disease affects more than 260 million people in developing countries and leaves many with chronically debilitating damage to organs, particularly the bladder and liver. Adults and children are at risk when they fish, swim or play in water infested with the parasite, which is estimated to contribute to the deaths of around 200,000 a year in sub-Saharan Africa alone.

Professor Tony Walker, an expert in cell biology and parasitology, and Dr Scott Lawton, an evolutionary biology and parasitology expert at Kingston University, were part of a 100-strong team of researchers who carried out the in-depth study to decode the snail's DNA. They were tasked with analysing the protein phosphatases – enzymes that plays a critical part in cellular regulation within the snail. 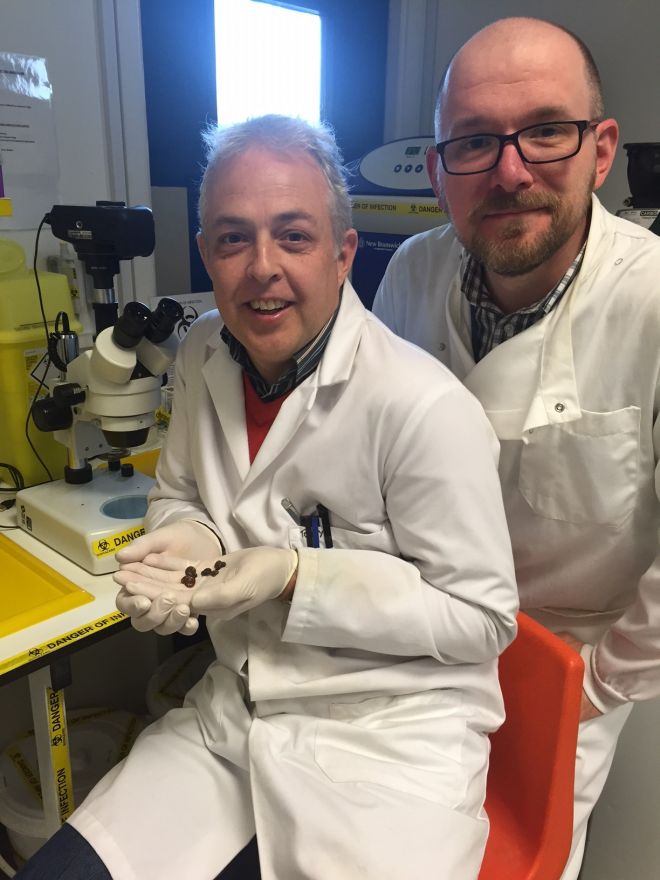 Research by Professor Tony Walker (left) and Dr Scott Lawton could help control the spread of a deadly parasitic disease carried by the small snails in tropical waters.Professor Walker said the results could prove instrumental in developing better ways to control and eventually eliminate schistosomiasis. "Schistosomiasis doesn't always kill humans, but it can lead to a multitude of illnesses that can prevent people from being well enough to work," he explained.

"In the absence of a vaccine for the disease, control measures involve mass drug administration. However there are concerns around the emergence of resistance, and the drugs don't protect against re-infection.

"Better understanding of the snail's genome structure has the potential to enable us to develop improved prevention and treatment methods and learn how to control the snail population more effectively, which would help block schistosomiasis transmission."

Schistosomiasis is second only to malaria among the parasitic diseases that impact on human health globally. Yet while the genomes of disease-carrying insects such as mosquitos have been widely studied, little has been known about snails until now, Dr Lawton explained. "The genome is the architecture of the snail. We knew very little about it before this study," he said. "Now we have a real opportunity to understand how snails transmit these parasitic worms and to use the genome sequence to develop molecular markers that will help us to monitor and better understand the creature," he added.

The World Health Organisation aims to eliminate schistosomiasis by 2025 and Professor Walker said this research could help reach that goal through integrated controls.

"Here at Kingston University we will be able to use the genome sequence of the snail to support more research into halting the spread of schistosomiasis. This is just the start – there's plenty more work to be done to tackle this devastating topical disease," he added.

Led by Dr Coenraad Adema from the University of New Mexico, the study drew on the expertise of academics from across Europe, the United States, Africa and Australia. Kingston University was among a consortium of agencies in the United Kingdom involved, bringing together scientists from the universities of Aberdeen, Aberystwyth, Brunel, Oxford, Westminster, the Natural History Museum (WHO Collaborating Centre) in London, and the European Bioinformatics Institute in Cambridge.