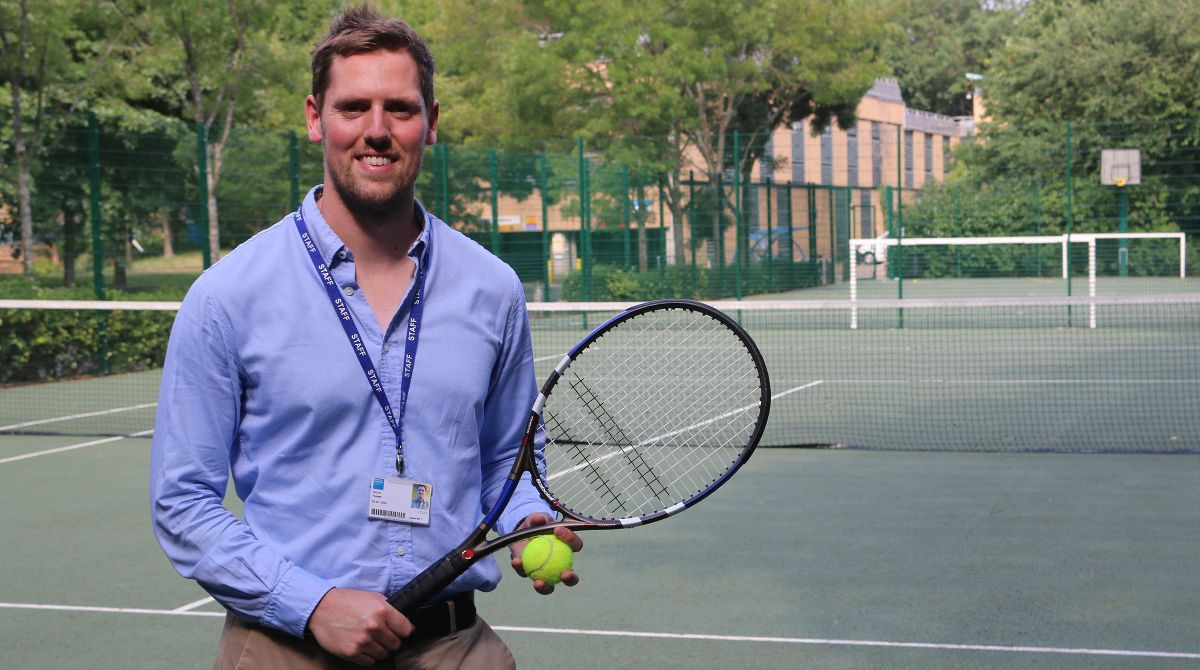 As the world's leading players take to the court at this year's Wimbledon Championships, a Kingston University sport psychology expert is playing a leading role in helping parents nurture the next generation of British tennis stars.

A number of the sport's top names have highlighted the pressures facing mothers and fathers supporting, and sometimes coaching, children on the junior circuit. Andy Murray's mother Judy – who trained the Wimbledon champion as well as his older brother Jamie – is among those to have shared stories of witnessing pushy and over-involved parents on the sidelines.

Balancing the dual roles of parent and coach can often prove hugely challenging in individual sports, according to sport and exercise psychology lecturer Dr Sam Thrower, who has been conducting research in the field of sport parenting alongside academics from Loughborough University. Their recently published work is now informing the Lawn Tennis Association's new tennis parent programme – the first of its kind in the United Kingdom – which is being rolled out across the country this summer.

"More and more we're realising how important a role parents play in terms of children's enjoyment and development in sport," Dr Thrower explained. "Despite this, parents still receive little or no education and support on how to help their child's development in increasingly professional youth sport environments.

"It can be really difficult to know if you are making the right decisions, or communicating in the right ways, without some form of training on how to respond to certain situations."

Dr Thrower has been researching the effectiveness of evidence-based tennis parent education programmes, resulting in the development of a series of workshops for British tennis parents. The sessions are designed to provide advice on child and talent development, how to organise their schedule and involvement, and how to work with children before, during and after matches.

"What we found in this study was that parents who took part in the programme felt more confident and empowered in what they were doing," Dr Thrower said. "They also reported experiencing less stress, positive changes in their behaviour – particularly in competitive environments – and felt the sessions had a positive impact on both their own experience and their child's."

The LTA's Head of Competition, Keith Carder, highlighted the importance of developing such a programme for parents in the sport, informed by the findings of the study. "Tennis parents play a vital role in supporting their children when they are competing in tournaments all across Great Britain," he said. "Following comprehensive research in partnership with academics from Kingston University and Loughborough University, we are delighted to be rolling out the Optimal Competition Parenting Workshop this summer."

Keeping young tennis players in the game long term by creating the right environment for them was one of the key drivers behind the programme's development, Dr Thrower added. "Adults can make the mistake of looking at youth sport the same way as elite sport, and concentrating too much on the results of matches – whereas in actual fact the focus and emphasis should be on effort, progress and development at an early age," he said.

"If we can provide the right support and education for parents when they first come into tennis, it will help give these young players the best chance of fulfilling their potential, and also help prevent problematic behaviours from occurring further down the line."