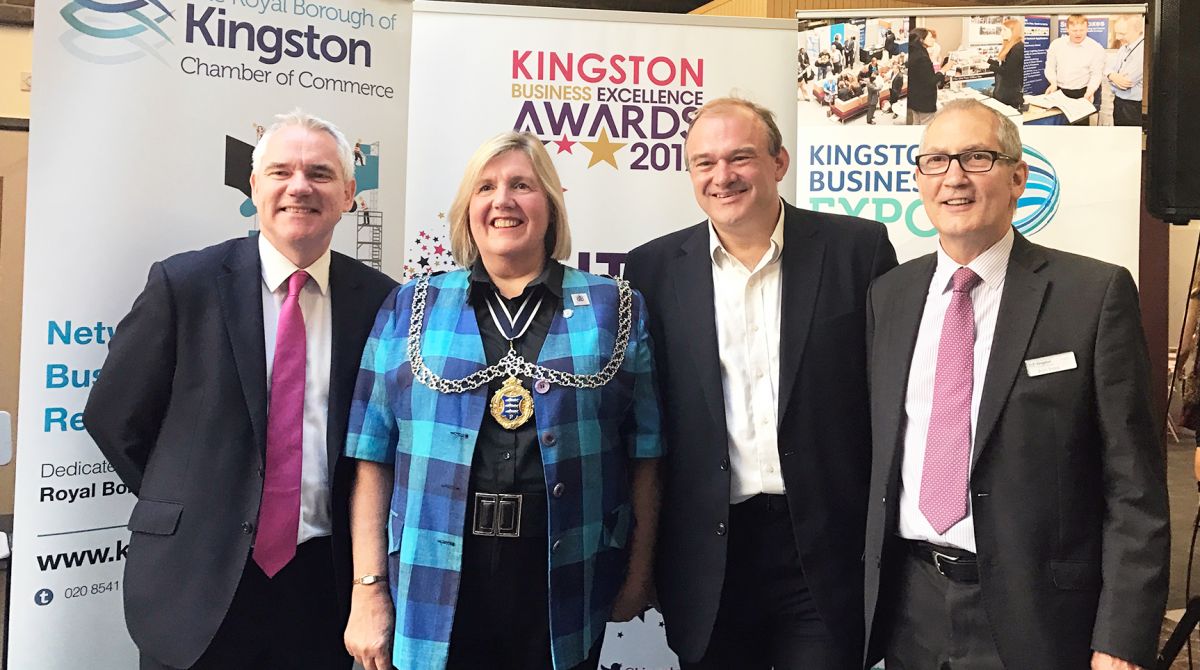 Newly re-elected Member of Parliament for Kingston and Surbiton Sir Ed Davey highlighted the crucial part Kingston University plays in making the borough a vibrant place in which to do business at the launch of the fifth annual Kingston Business Expo.

Business leaders and local entrepreneurs joined members of the Chamber of Commerce and Kingston Mayor Councillor Julie Pickering at the event. The only major business exhibition in the area, the Expo provides the single biggest networking opportunity of the year with exhibition stands and seminars on offer throughout the day. Held at the University's Kingston Hill campus, where business courses are delivered, staff and visitors were given a flavour of the breadth of businesses across the borough.

Sir Ed, who opened the event, encouraged the business community to collaborate with the University. "We are fortunate to have a strong history of partnerships in the area and skilled people on our doorstep," he said. "It all starts with success in our schools and at the University. Kingston University's fashion and design courses, for instance, rate in the top two in the world – let's work together to share these accolades with the wider community." 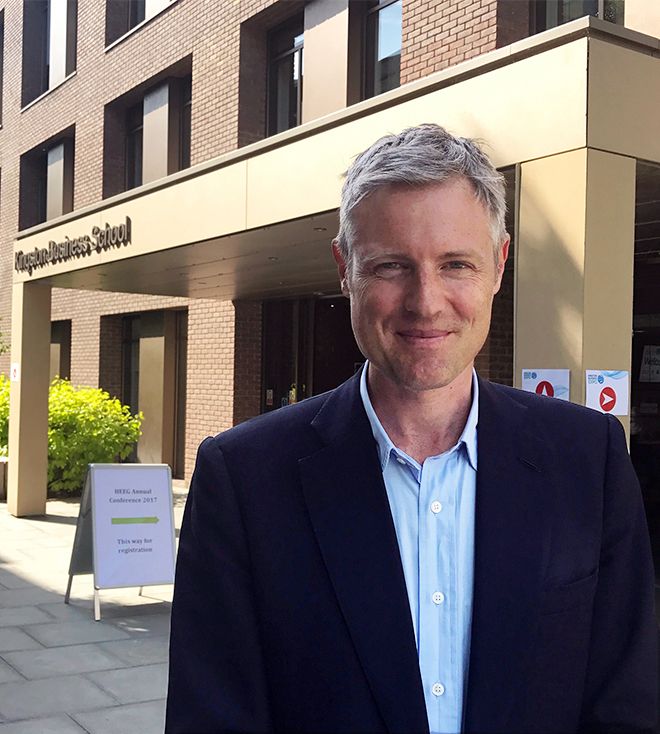 MP Zac Goldsmith presented the prize for best stand at the Kingston Business Expo.Mayor of Kingston Councillor Julie Pickering said it was not by accident that Kingston had the biggest retail trade outside of central London. "Kingston is an amazing place to live and do business in – we are rich in culture and successful in business," she said. "For example, Kingston is one of the top two universities in the country for the number of graduates starting up their own companies."

Visitors attending the Expo were offered opportunities to upskill, connect with local business people in the region and learn about the services provided by Kingston Chamber of Commerce. This year's event took place during London Technology Week inspiring sessions on how to use technology to grow businesses along with a much-anticipated keynote session by representatives from Google's training platform ‘The Digital Garage' on how to use the search engine's analytics to translate business goals in to website objectives.

A particular highlight of the programme was the speed networking sessions where – borrowing from the speed dating format – participants moved down a couple of rows engaging in two-minute chats with fellow business people and then moving on. Thirty minutes later, they emerged with a new set of contacts and having also acquired practice at pitching their business. 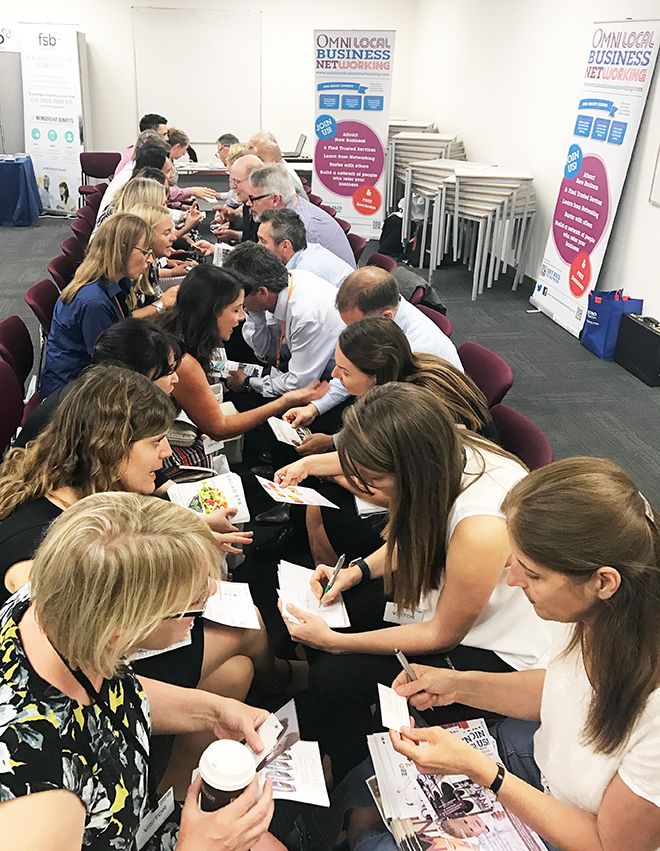 The speed networking sessions proved particularly popular at the Expo.Director of branding and design agency Vinegar Creative, Rob Holmes, took part in the speed networking. Mr Holmes – who has offices in London and Hampton – saw it as an opportunity to connect with businesses in the area. "It's good to win business especially with local people but it is equally interesting to get an insight in to what other people are up to," he suggested. "In the past half-hour alone, I met three Kingston-based people who I can give work to."

Linda Richards is a local business woman who has volunteered with the chamber for several years. As financial director of Kingston-based business Databac – an identity card manufacturer – she said it was very important to the local business community for the chamber to be involved in such events.

"The Expo is about knowledge exchange and relationship building," she explained. "It's also vital to remember that the student population generates large revenues – the town's vibrant music scene, for example, is linked to the gigs and acts that want to come and perform in Kingston because of the student audience."

Re-elected Member of Parliament for Richmond Park and North Kingston Zac Goldsmith also attended the Expo's closing reception at Kingston Business School where he presented the award for best stand to Tiro Racing – a team of six engineering apprentices from Kingston College who will represent England at the 2017 F1 Schools World Finals in Kuala Lumpur, Malaysia.

Mr Goldsmith praised the optimistic and upbeat energy of the event. "The University's not only a wonderful space but also a great place to bring together talent," he added. "You have the experience of the staff at the University combining with the entrepreneurial spirit and clever ideas of the new kids on the block."

Head of Enterprise Education at Kingston University Dr Martha Mador said that the University had worked with the business community on a wide range of initiatives during the past 25 years and was thrilled to host this year's event. "It's really important to us that we invite the community on campus in to our entrepreneurial hub," she said. "It's great to see everyone fill the atrium of Kingston Business School. That's what business schools are really about." 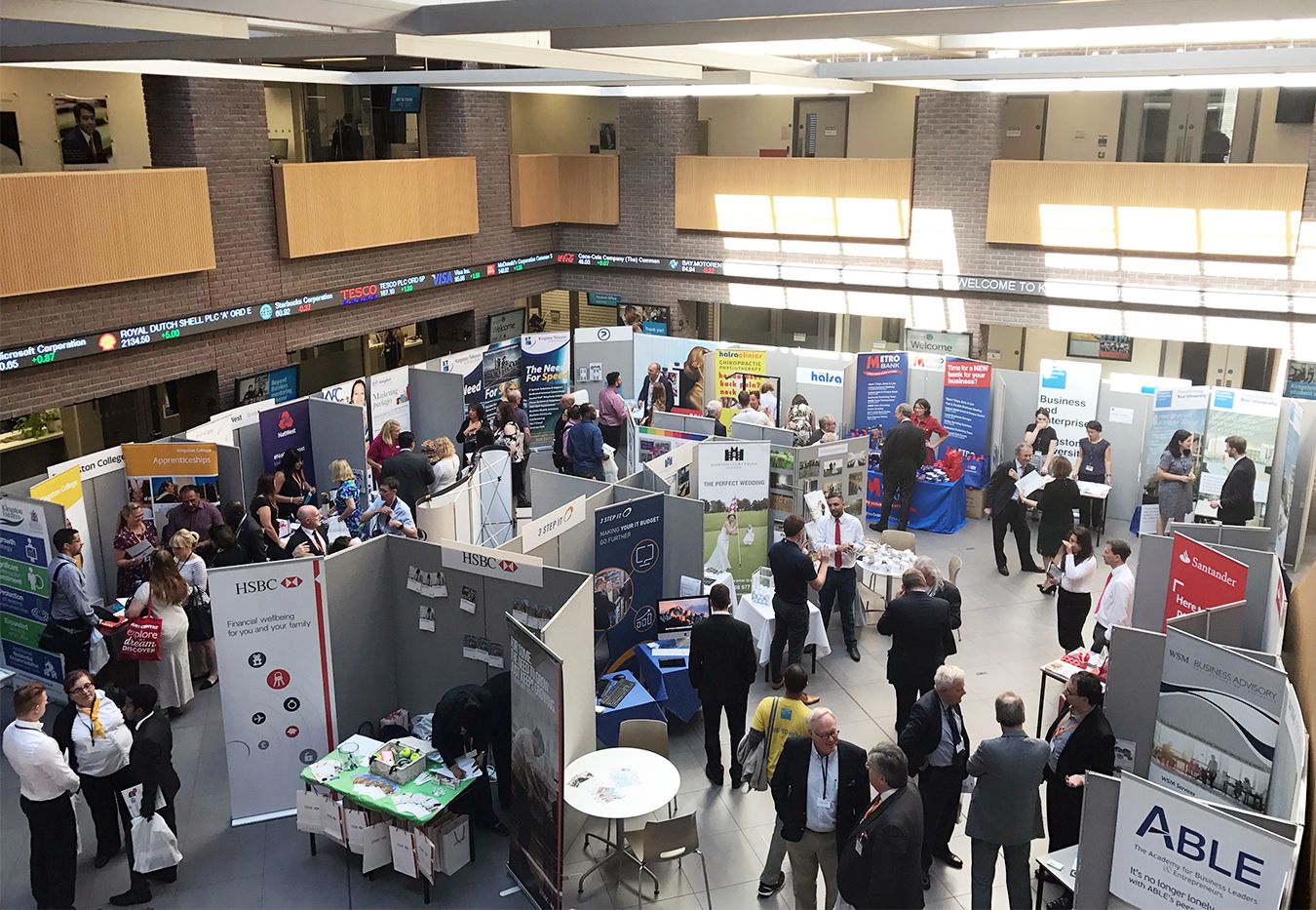