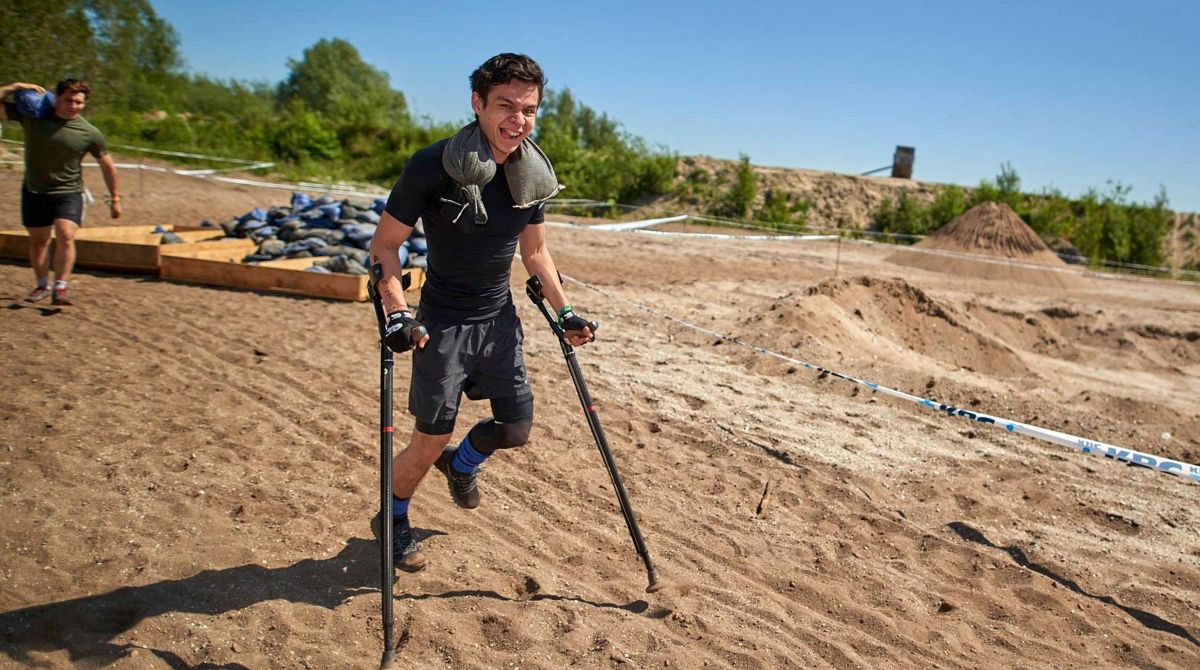 A Kingston University postgraduate architecture student has proven disability is no obstacle when it comes to his passion for film-making. Oliver Lam-Watson was recently awarded second prize in a competition set by the Business Disability Forum – which challenged students from across the country to create a film about technology and disability. Oliver's film, ‘Why I make my life so hard' chronicles the challenges he has faced being on crutches and carrying heavy technical gear in his resolve to become an influential filmmaker.

The 24 year old from London was born with Klippel-Trenaunay syndrome in his left leg – a rare congenital vascular disorder. "When you are growing up, the ‘dis' in disability can easily make you forget that you have any other kind of aptitude or skill because it makes you feel as if you're less than other people," he explained. "Actually, though, you are often more able in certain aspects because you've had to find different ways to tackle challenges." 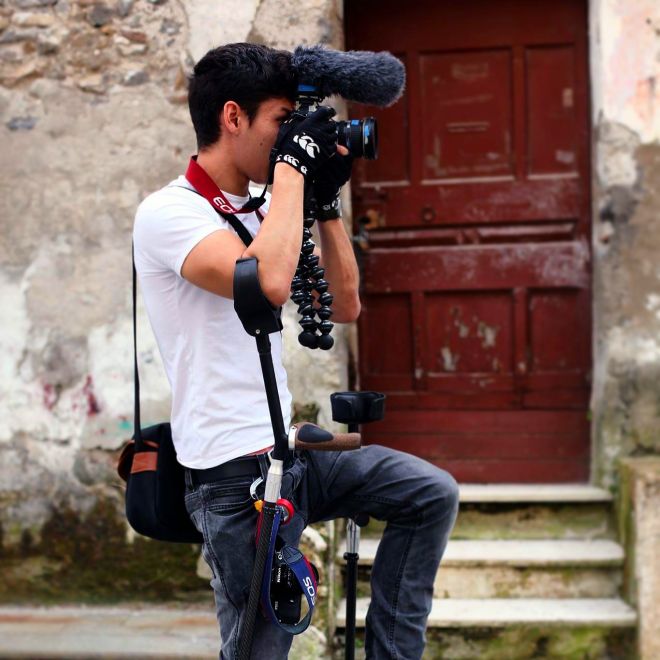 Oliver uploads the films he creates to his YouTube channel which has more than 5,500 followers. As well as film-making – a pursuit which has amassed him nearly 6,000 YouTube followers – Oliver is very fitness-orientated, taking part in gruelling obstacle courses, known as ‘spartan' races, around the world. His next challenge is the Red Bull 400 – a famously difficult 400m ski jump sprint uphill. Oliver said he was determined to defy expectations and remove the stigma surrounding being disabled.

"Growing up I only ever saw negative footage about disability and I wanted to share positive messages and achieve the things I've always been told I couldn't do," he added. "I used to be very shy and introverted but my growing passion for film and photography has prompted me to talk about my story and become more accepting of my disability." In addition to his sporting endeavours and film-making, Oliver's love of learning through making has seen him successfully graduate with a first class degree in architecture from Kingston University in 2014. He is now broadening his skills further on a Masters course in the same subject. "Being able to sit in the studio with your peers and bounce ideas around is great and there is a really positive communal feeling at the University," he said. Oliver also praised the opportunity to access different facilities on campus, which has enabled him to meet a range of students and build his knowledge of different subjects.

An interest in photography was sparked by attending a course as part of his postgraduate degree and access to the dark room on campus allows him to work with a traditional camera instead of digital photography. "You have 35 shots in a film so they are precious," he explained. "It is about creating memory, capturing that moment and planning your shot." 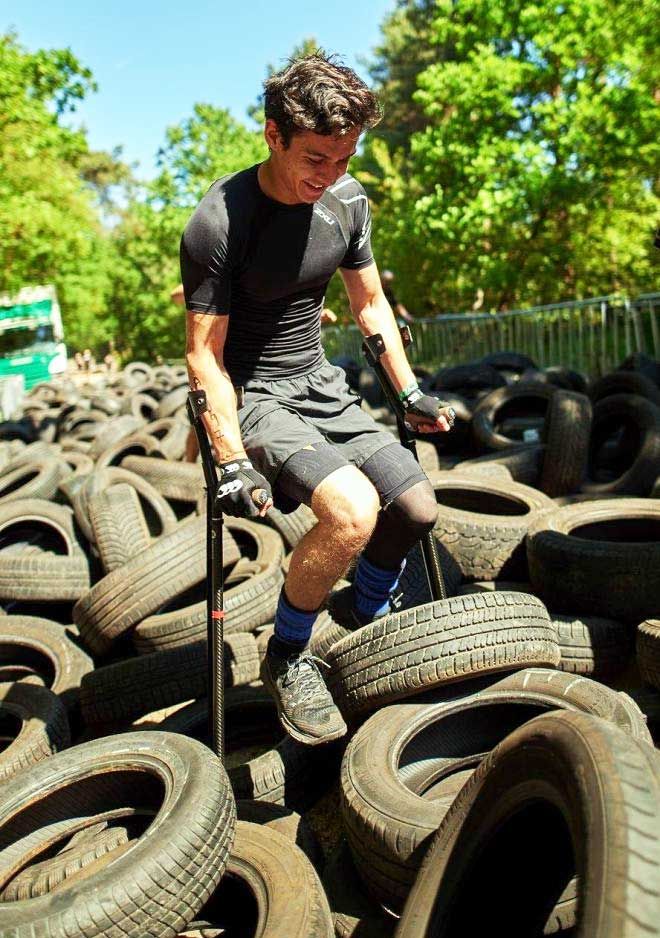 Oilver's next challenge is the Red Bull 400 – a famously difficult 400m ski jump sprint uphill.Bruno Silvestre – who has taught Oliver on both his undergraduate and postgraduate degrees – was so impressed by his skills and resourcefulness that when it came to his year in industry, he offered him a job at his London-based architectural practice. He said the student's recent competition win was testament not only to his film-making talent, but also to his outstanding attitude to life. "I was Oliver's degree tutor and was blown away by his commitment to not letting a pair of crutches determine his future," he explained. "We went on a field trip to Granada in his third year and there were three project sites – two of which were flat, urban spaces and the third which was at the bottom of a hill. It was absolutely typical that Oliver chose this last site which would pose a particular challenge for him."

As a parent of a disabled child himself, Mr Silvestre said he particularly understood how easy it was to think that the world was limited by disability. "Oliver doesn't see it that way though and I've been inspired by his sense of liberation from perceived barriers faced," he added. "My kids love his YouTube films and I can see the skills he's acquired at Kingston shining through them, so whether he becomes an architect, film-maker, or – knowing Oliver – a famous architect who also makes award-winning films, I know he has a very bright future ahead of him."

Asked what was next for the adventurous student, Oliver said he had plenty lined up. "BP, which is a partner of the international Paralympic committee, has asked me to attend a film-making class and I've even been invited to attend a training day with British paralympic wheelchair athlete David Weir CBE," he said.

Whether film-making, indulging his love of photography, or improving his skills as an athlete, Oliver said his aim was always clear. "I want everyone – whether disabled or not – to live life to the full," he said. "Don't let anything, or anyone, hold you back." 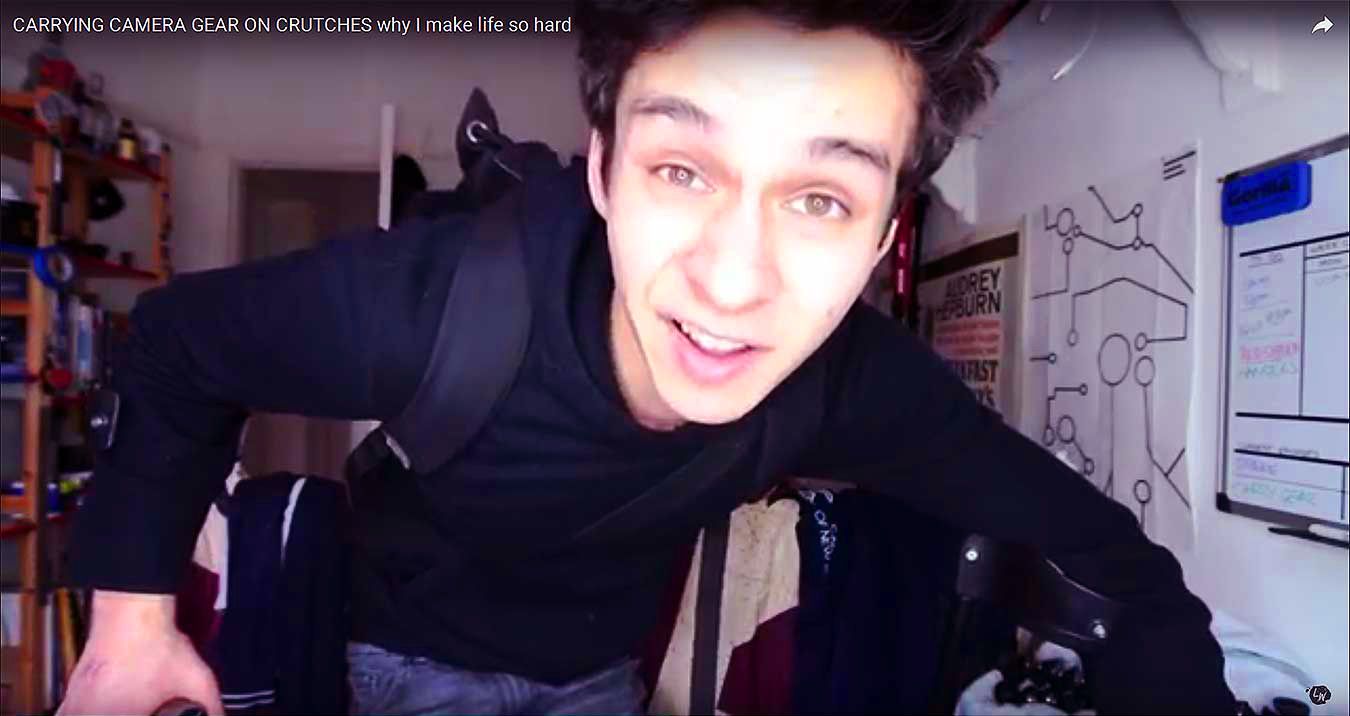 A still from Oliver's short film, which captures what it's like to be a disabled film-maker.