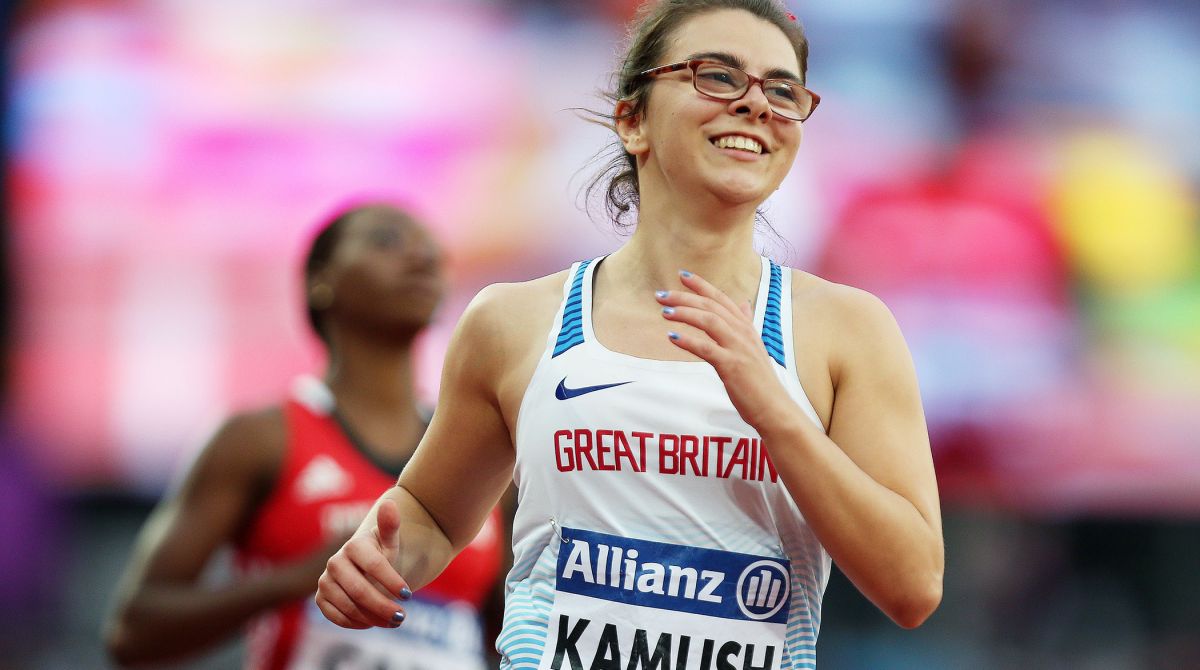 Kingston University illustration and animation student and amputee sprinter Sophie Kamlish has spoken of her joy at becoming a world champion after winning Great Britain's 11th gold medal at the World Para Athletics Championships in London.

The 20 year old from Bath, who has just finished the first year of her undergraduate course at the University, set a new world record of 12.90 seconds in the heats of the women's T44 100m before running clear of the field to take gold in the final at the capital's London Stadium.

Having previously broken the world record in the heats of the T44 100m in the 2016 Summer Paralympic Games in Rio – only to narrowly miss out on a medal in the final – the talented athlete spoke of the incredible moment she crossed the finish line in first place.

"I was just so, so happy – it's usually very close but this time I knew I had done it straight away," she said. "Becoming a world champion is something you would just never imagine could happen and it's the most amazing feeling to be both a world record holder and to finally win that gold medal too." 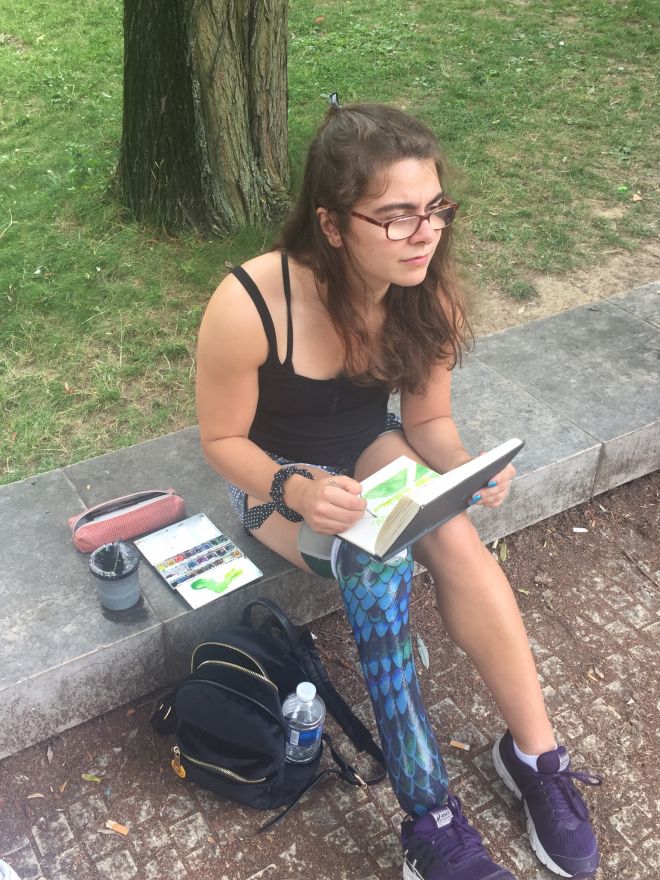 Illustration and animation student Sophie Kamlish taking a break from training to do some sketching in the Parc De Bercy, Paris.Sophie was born with a congenital abnormality in both feet and elected to have her right leg amputated below the knee at the age of nine. She discovered her talent for sprinting through attending sessions run by the national Playground to Podium initiative, which aims to support the development of talented young disabled athletes.

"I definitely made the right decision with my leg – it took me into sport and I would never have done it otherwise," the sprinter explained. "It's crazy how much it's changed my life and opened up a whole world of possibilities."

The sports star has been balancing her training with her studies since enrolling on the University's Illustration Animation BA(Hons) course last summer. She hopes to be able to go on to combine her talents for sprinting and drawing, and has kept her sketchbook close at hand throughout the championships.

"I've been set a project to draw something from life every day, so I've been heading down to the track and sketching other athletes all week," she said. "We had a training camp in Paris before the championships and when I got the chance I went down to the park with my watercolours.

"Everyone knows I'm obsessed with drawing and it's a passion I want to continue with once I graduate."

Developing her skills as an animator in the second year of her course was an aspect the athlete was keen to focus on. "I really like graphic novels and my style is fairly cartoony," she said. "It's something I'd love to be able to keep working on and I'm looking forward to learning how to make my drawings move.

"Being an amputee competing at a high level is something that I think brings a different perspective to my illustrations, there aren't many of us out there so it's something I'd really like to take forward in the future."

Senior lecturer in illustration animation Paddy Molloy said what helped Sophie's work stand out from the crowd was her ability to capture her passion for athletics in her drawings. 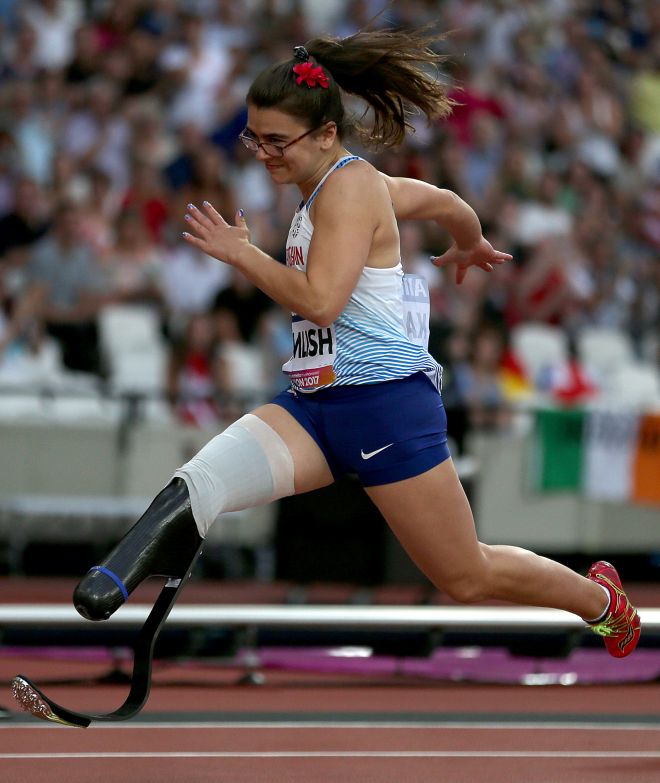 Great Britain's Sophie Kamlish wins gold in the T44 100m. Image: Paston/BPI/Rex/Shutterstock."Sophie's dedication to meeting the demanding requirements of the course, while organising her busy training schedule alongside it, has been really impressive," he said. "She's a great talent and what I've been encouraging her to do is bring those two sides of herself together – using her sketches to tell the story of the life of an elite athlete – and it really comes through in her work."

The talented student is also a member of the University's Sports Performance Programme, following in the footsteps of Olympic bronze medallist and Kingston University drama graduate Asha Philip.

The scheme provides support for students competing at the highest levels of sport, helping them balance their sporting and academic commitments.

"It's been so helpful to have the support of the team and the regular access to the University gym," Sophie said. "I train six days a week so that's made a huge difference. I know that if I have any worries or need to ask for an extension for a deadline due to training that they are there to help, which is brilliant."

"Sophie is just fantastic, a real role model and an inspiration to others," she said. "We put together a plan for her, including developing a partnership to provide dedicated physio sessions for her and financial support for her travel commitments.

"She is so determined and focused on what she wants out of life, so for us it was just about making sure we put everything in place to help her along the way and we couldn't be more proud of her." 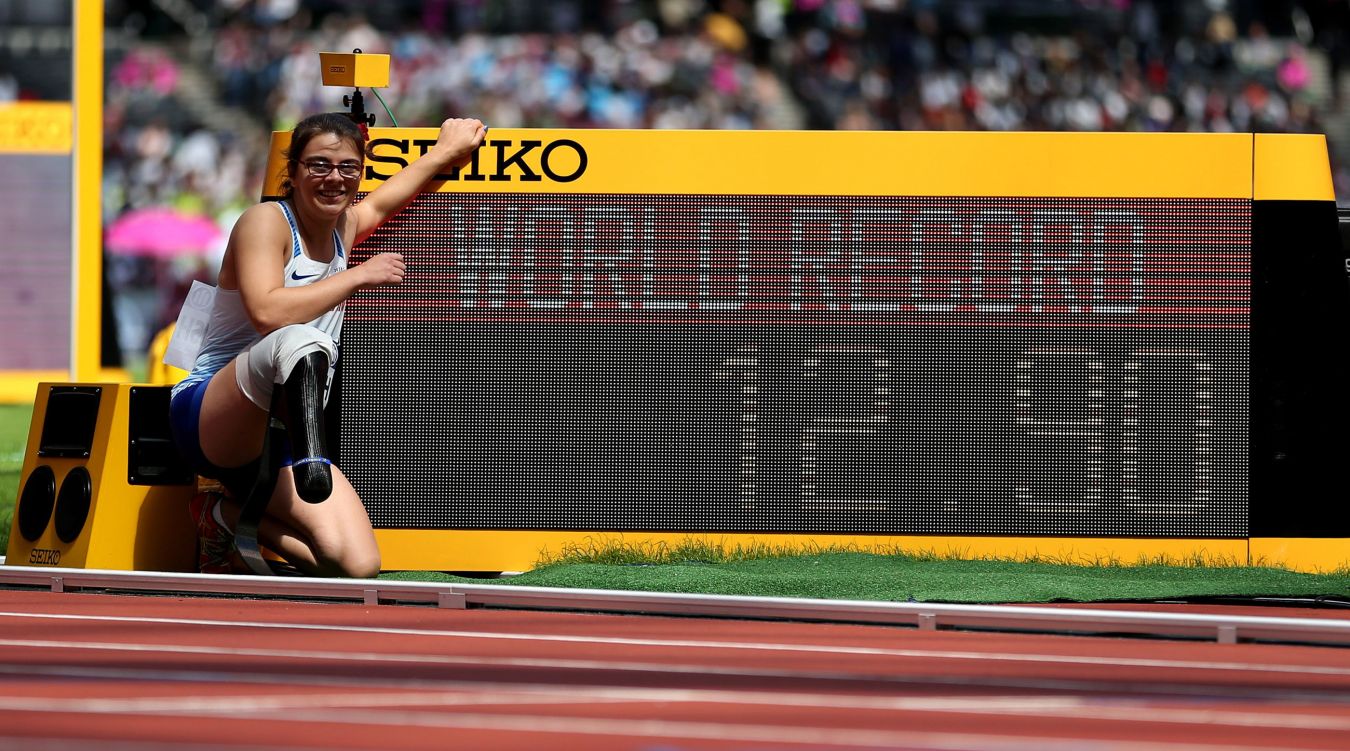