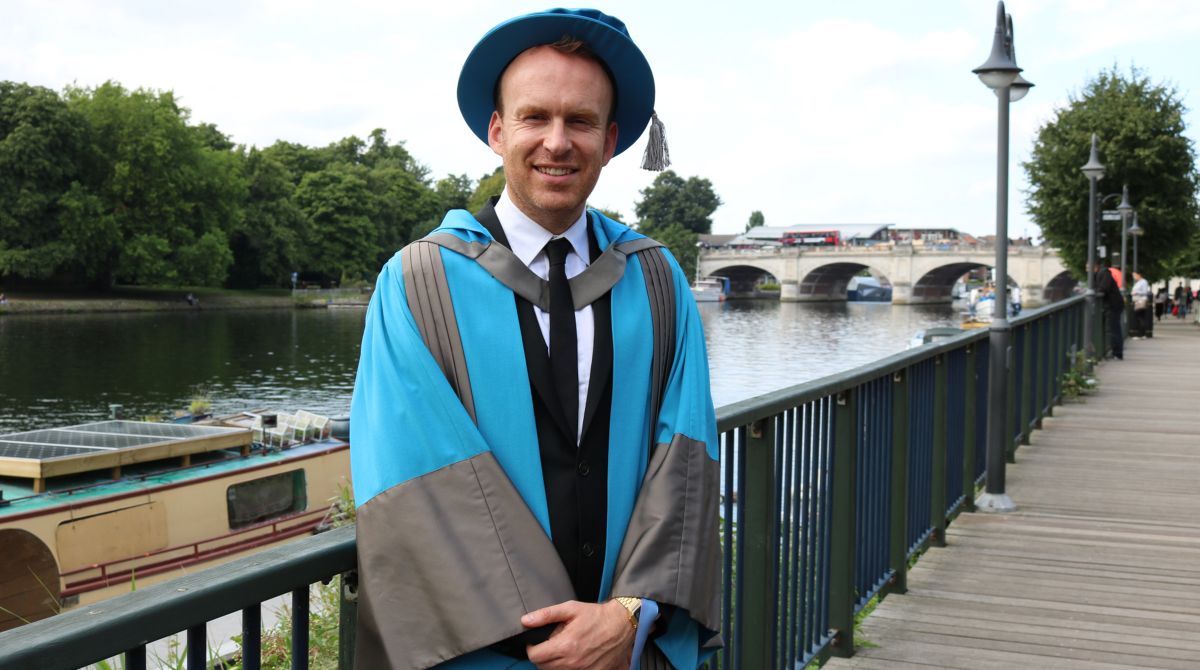 Twenty years on from graduating with his first degree, best-selling author and newly-named Honorary Doctor of Arts Matt Haig has given Kingston University graduates a list of 20 essential points of advice at their graduation ceremony.

The Sunday Times bestselling author of fiction and non-fiction, screenplays and children's books stepped on to the stage at the Rose Theatre in Kingston on Tuesday to receive his award in recognition of his outstanding contribution to literature and reading pleasure.

In a speech that urged graduates to trust their own judgement, explore the world and keep doors open for further education, Haig had the audience captivated with advice he said he wished he could have told himself all those years ago.

"This is actually my first graduation ever – although I've got two degrees, I chickened out of going to my graduation ceremonies so well done on turning up for yours," he told the graduating students from the Faculty of Arts and Social Sciences.

Knowing that his parents and family would finally be able to see him graduate made the celebrations even more memorable, the award-winning author said. "I was in the middle of a tough time in my 20s and my parents never got to see the culmination of my work," he explained. "This was an amazing experience and one that my Mum can finally be impressed with."

The internationally acclaimed author has close ties with Kingston University, after his novel The Humans was selected in 2016 for Kingston University's annual Big Read, a project that sees a book sent to every new undergraduate and postgraduate student during the summer to welcome them to the University. 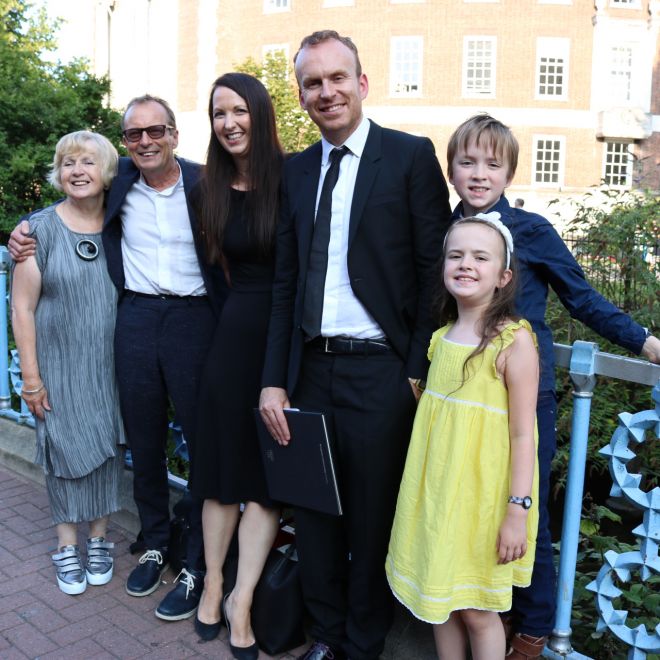 Haig's parents, wife and children came to Kingston to watch him take the stage of his first ever graduation ceremony.Haig made a quick stopover in Kingston to receive his award before getting back on the road  to continue a book tour across the United Kingdom for his latest novel, How to Stop Time – which reached number three in the Sunday Times bestseller list in its first week of publication. The author recently revealed the popular novel has been optioned by film company StudioCanal, with actor Benedict Cumberbatch lined up in the starring role.

Haig's further advice to Kingston University graduates and particularly the aspiring writers among them was to stay focused and to not be distracted by other people's opinions. "As with any creative process, there's a lot of external noise you have to shut out – people's opinions, criticisms, ideas – but you have to stay true to yourself," he said. "No one else can read your mind and know the direction you want to take things, so centre yourself on what you want to do and take pride in it."

KU Big Read director and Associate Professor of Publishing Dr Alison Baverstock was behind Haig's Honorary Doctorate nomination and said it was an honour to present him with the award at the ceremony.

"Since his involvement with the Big Read, we've watched his career flourish with enormous pride – firstly within British publishing, and then with an international audience. It has become clear just how many people take note of what he has to say," Dr Baverstock said. "It's a real privilege to celebrate him with an honorary degree as he is so admired at Kingston University."