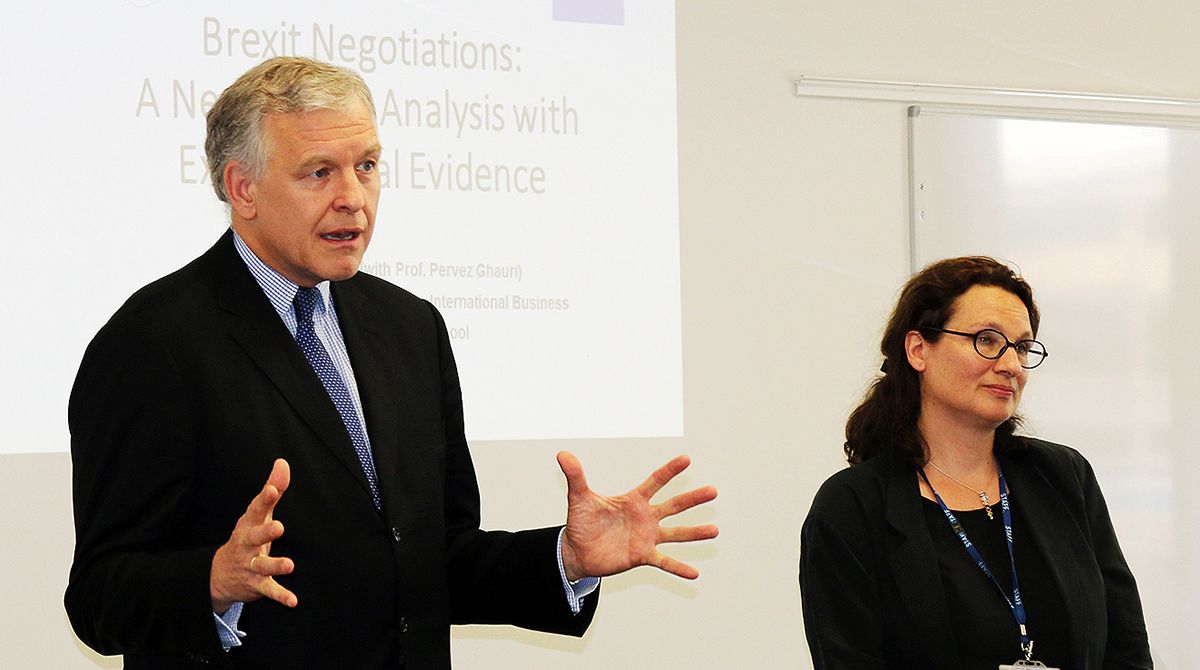 Research led on by a Kingston Business School professor looking at how Brexit negotiations are undertaken and what the likely outcomes will be, has been praised by the Austrian ambassador at a recent seminar held to launch the project's findings.

At the seminar, Austrian-born Professor of International Business and Director of the Centre of Experimental Research in International Business (CERIB) Ursula Ott presented her research, ‘Brexit negotiations – a negotiation analysis with experimental evidence of strategies and agreement outcomes'. The collaborative research project was carried out with fellow CERIB member Professor Pervez Ghauri from the University of Birmingham.

Professor Ott outlined models relating to various Brexit negotiation outcomes. She and Professor Ghauri – who are international negotiation experts – constructed the models after looking at proposed examples of British negotiation behaviour and identifying whether the outcomes were successful, worked partially or had failed. She explained that she and Professor Ghauri had based their methodology on decision science and game theory and had applied different models of agreements offered by such other countries as Norway, Switzerland, Turkey, Canada and the Ukraine.

"Our investigation concluded that, under time pressure – as is definitely the case for the Brexit negotiations – the only successful approaches are a co-operative strategy and a commitment to relationship building," Professor Ott said. "Professor Ghauri and I developed an analysis of strategies and processes looking at how the European Union (EU) and the UK would separate and identifying zones of possible agreement."

The research seminar was opened by the Ambassador for Austria, His Excellency Dr Martin Eichtinger – who said he wanted to recognise the pioneering work of his fellow Austrian, Professor Ott. Dr Eichtinger highlighted Austria's strong trade links with the United Kingdom and the challenges posed by Brexit for EU citizens and pointed to the fact that Austria will hold the EU presidency in the second half of 2018.

"On the Brexit question, we are particularly interested in reaching an agreement on the legal status of EU nationals in the UK and UK nationals living in the EU," he said. "As an Ambassador, I can say that this is one of the most urgent issues to be settled in these negotiations."

Dean of Kingston Business School Professor Ron Tuninga thanked Dr Eichtinger for his interest in the University and invited him to return to the campus for a full guided tour. "We are all very interested in knowing what position we will be in come March 2019 and CERIB's research activities interrogate many of the questions that accompany the path to Brexit in a ground breaking way," he said. "The centre takes an interdisciplinary approach to negotiation – which is a very current topic."

CERIB brings together experimental researchers in higher education and industry from around the globe. The group seeks to understand international co-operation and conflict in fields as diverse as economics, psychology, international business and the social sciences. Its members investigate the behaviour of managers, employees, political players and entrepreneurs at the centre of these situations.

Professor Ott's presentation was followed by a discussion with colleagues. The research is currently under international peer review and there has also been some initial interest in the findings from the Brexit Select Committee. 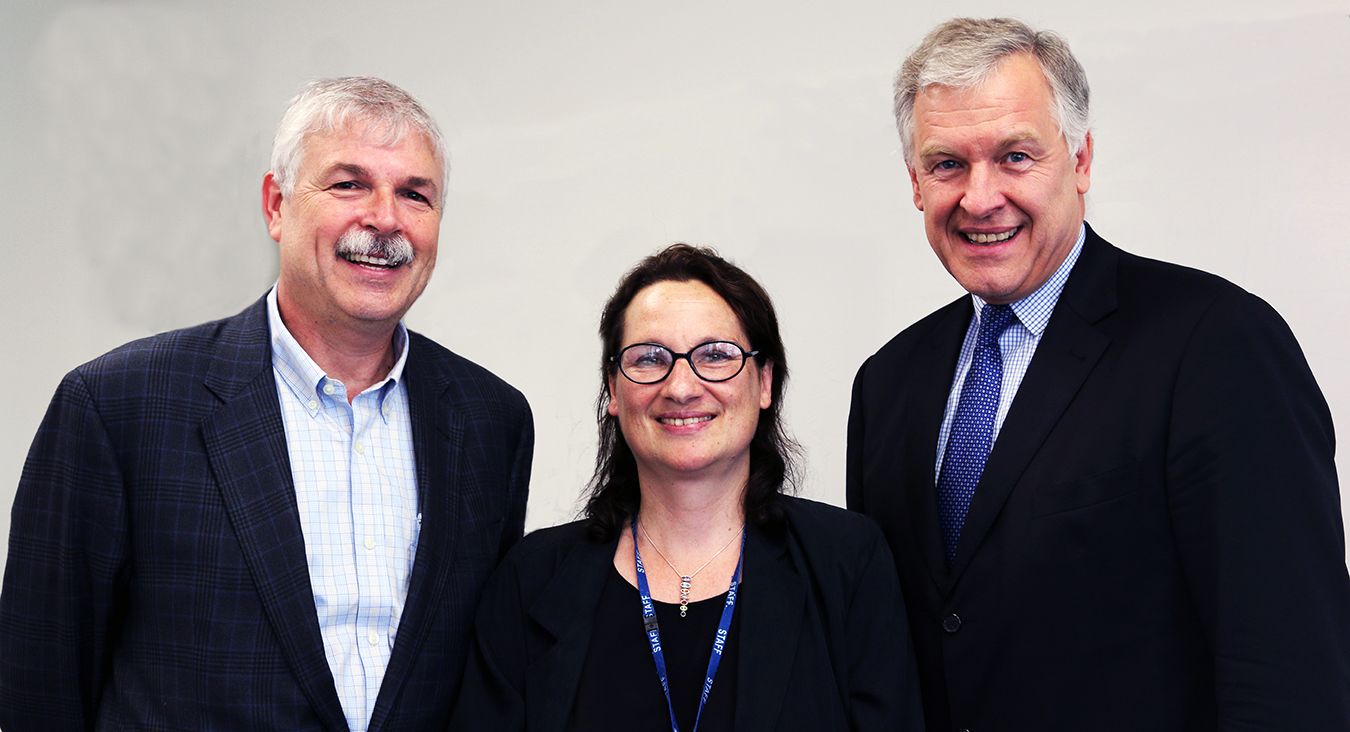