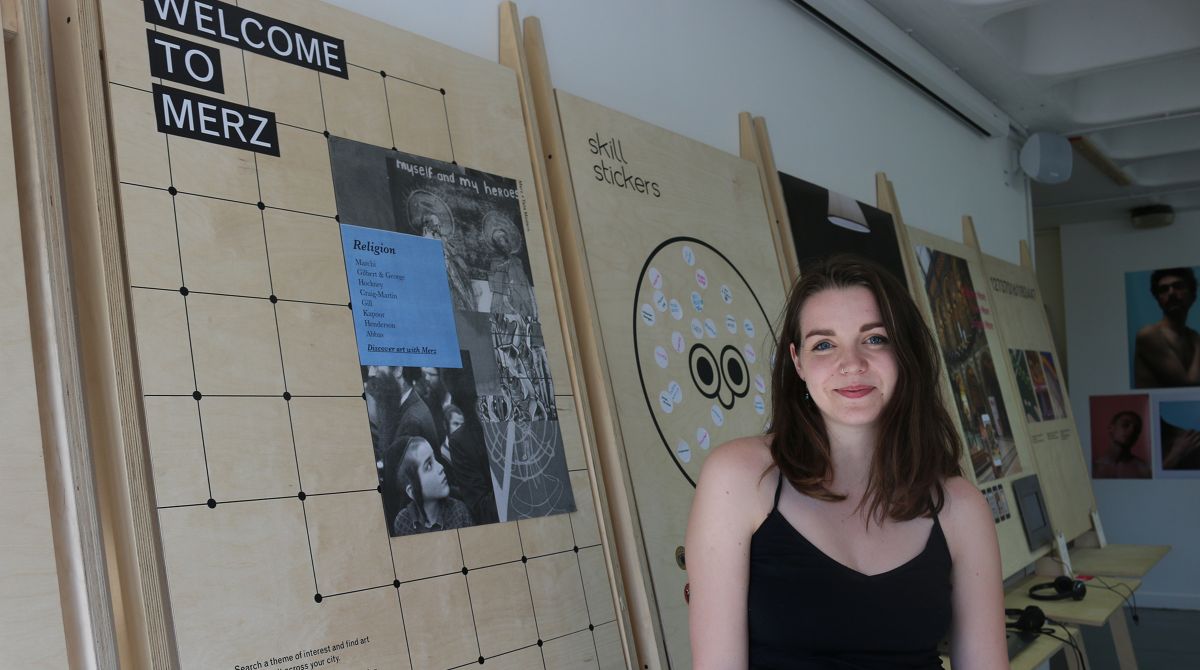 A mobile phone app that creates personalised maps of a city's art, and biodegradable pop-up hoardings made using potato peelings were among the winning entries of a new Kingston University award founded by a leading brand design expert.

Mr Bond, a former senior lecturer in graphic design at Kingston University who co-founded London-based branding firm Bond & Coyne in 2001, established the accolade as a means of helping reward and support the next generation of designers. The award includes a £1,000 prize to help one or more graduates launch in to the professional world – either as an individual or business start-up – through further product testing and portfolio development. 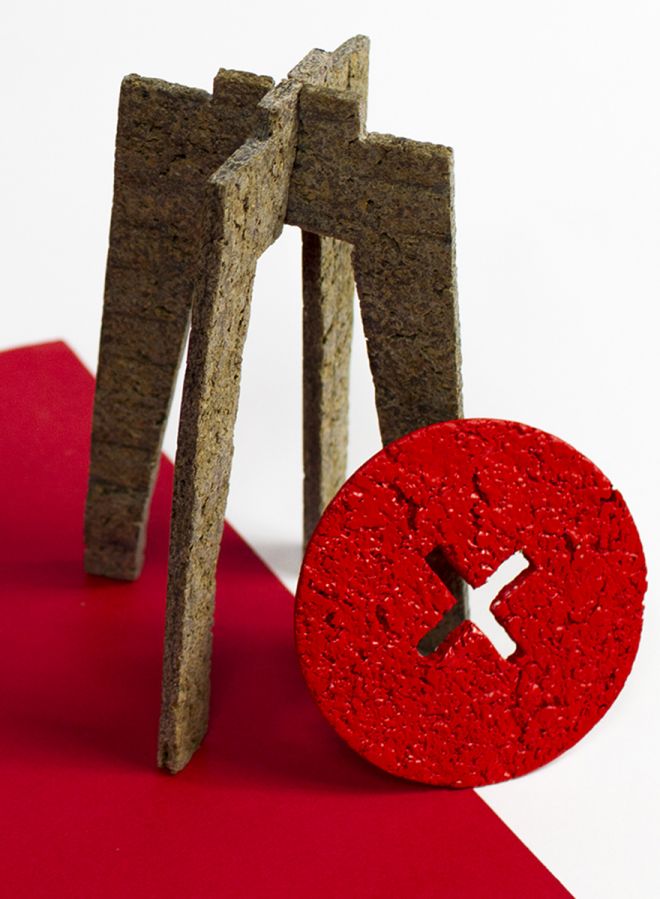 Chip[s] Board - a biodegradable material made using potatoes - was one of the innovations that helped graphic design student Rowan Minkley win the Mike Bond AwardsThe winning entries were selected from a shortlist of five students whose portfolios displayed a range of key attributes, from their potential to shape change in industry to the entrepreneurial flair and ambition of their designs, the brand consultant explained.

"I strongly believe in the power of strategic problem-solving," Mr Bond said. "The modern-day designer not only needs to be creative in terms of presenting a service, but must also have the confidence to find whole new solutions and change the way we do things."

Celia Delaney, 22 from Hertfordshire was recognised for the strategic approach that ran through her wide-ranging collection of ideas, demonstrating ambition and a purpose to enact change. While Rowan Minkley, 22 from Bath, scooped the prize as a result of his entrepreneurial vision, which showcased his business acumen and a balance of commercial and social understanding.

Among Celia's creations was Merz, a mobile app that allows users to curate their own personalised maps of artwork and exhibitions in a given city, and Greenhouse, a concept for an organisation that connects banks and universities to provide free financial advice to students.

Finding new ways to resonate with young people formed the inspiration behind her work, the talented young designer said. "My concepts are driven by the idea of making advice and culture more accessible and breaking down social barriers," she said. "The projects I work on are quite varied but are all connected through a desire to make learning and culture more accessible, often by re-thinking the way people interact with systems."

Rowan's creations included M-Visible, a chip for bicycle lights that connects to an app and helps identify traffic blind spots around London, and Chip[s] Board, a biodegradable material made using potatoes that can be assembled to form temporary structures and disposable cutlery. The latter design was created in collaboration with fellow graphic design student Rob Nicoll.

Ensuring environmental and sustainable solutions were incorporated into his designs was something the final-year student was keen to take forward in his future career, Rowan explained. "A lot of products fail because they don't consider the wider environment," he said. "Through these designs I hope I have demonstrated an awareness and desire to enhance sustainability through technology in my work."

The award comes as Kingston University's Faculty of Art, Design and Architecture prepares for a new era. In a return to its origins, it will be known as Kingston School of Art from September 2017. The new name reflects the faculty's legacy in an era when original thinkers are highly valued in the rapidly growing creative and cultural industries.