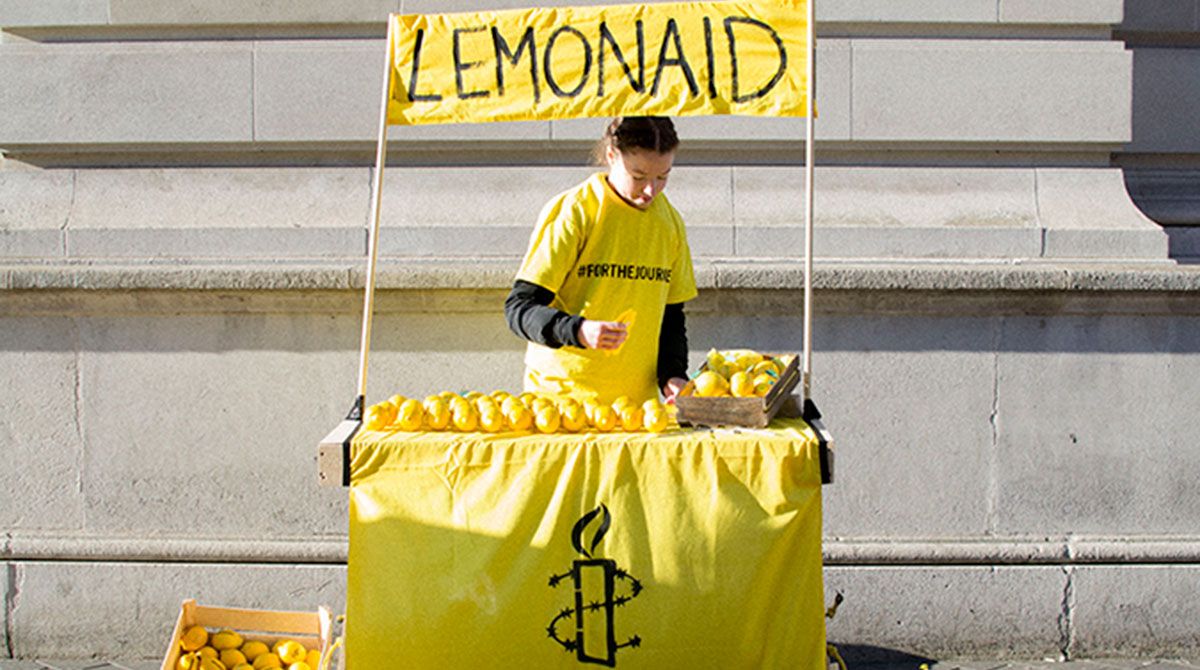 A group of Kingston University graphic design students have used the humble lemon to earn themselves a gold award from the Creative Conscience organisation. The powerful campaign highlights the everyday struggles faced by refugees - underpinning the importance of the creative industries in exploring socio-political issues. 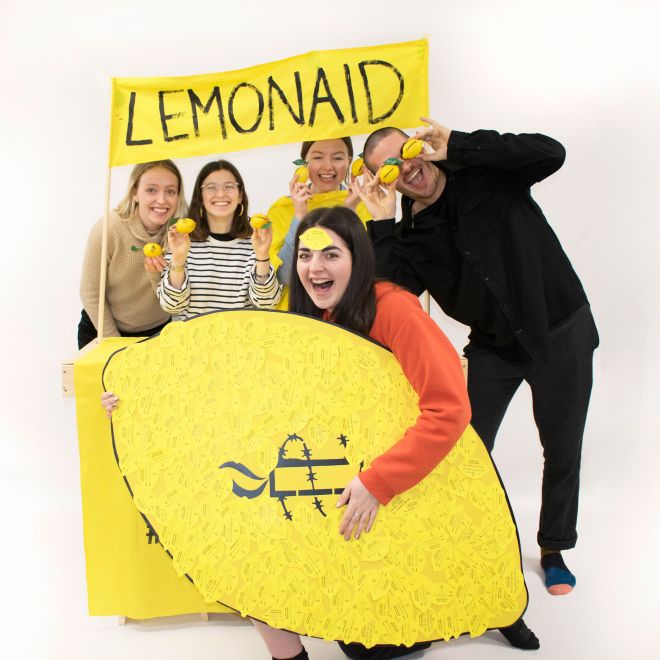 Award-winning graphic design students from left to right: Charlotte Allen, Scarlett Chetwin, Aoife O'Doherty, Ollie George and Lydia Barba.Second year students Charlotte Allen, Scarlett Chetwin, Aoife O' Doherty, Ollie George and Lydia Barba devised Lemonaid in response to a project set by Amnesty International to encourage the public to welcome refugees arriving into the UK. As an aid for seasickness and a key cooking ingredient in a variety of dishes from different cultures, the lemon is a universal object used by people from all around the world - the ideal symbol to convey the group's message of unity and togetherness.

The young designers distributed the lemons to pedestrians on a busy central London street, exchanging the fruit for signatures in support of Amnesty International, having originally designed a stand with accompanying artwork and graphics. "We talked to members of the public about the work Amnesty International are doing to help refugees," said award-winning group member Ollie George. "If the commuters took their lemon away, used it as part of their supper that evening and stopped to think about how they can help refugees, our campaign achieved its goal," the 21 year old from Hampshire said.

The success of the campaign prompted the group to submit their work to the Creative Conscience Awards, which encourages designers and artists to produce work with a positive social message. 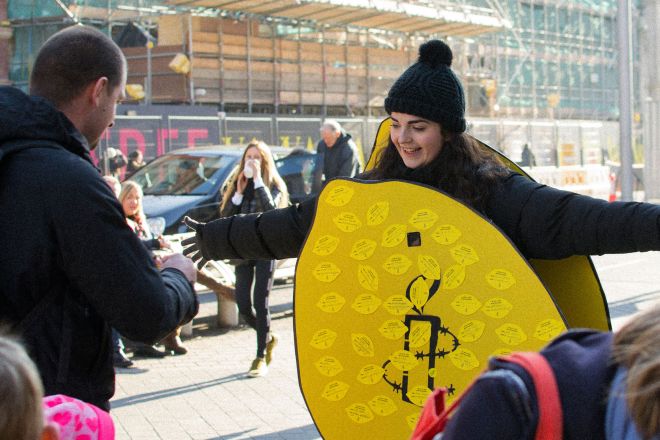 Graphic design student Lydia Barba invites members of the public to support refugees.The project had begun with a group discussion on recent world events and issues, prompting a passionate response from the students. "As a group of designers, we discussed what mattered to us. The plight of refugees is something that has affected all of us through its depiction in the media." Ollie explained. "We're delighted to have won a Gold Award - it's a special feeling knowing that distinguished industry professionals rated our work and ideas."

Senior lecturer of the BA(Hons) Graphic Design course Dr Cathy Gale praised the group's ability to convey their message to the public. "Our students produced a campaign based on a simple object which emphasised the importance of humanity and truth," she said. "At Kingston University, we encourage our students to explore the socio-political context in which their work is carried out. The project set in collaboration with Amnesty International epitomises this."

Ollie hopes the success of the award will provide a platform for creativity to motivate others. "We are becoming more and more aware of our role as designers to ignite change and make people think differently about the world around them. The Creative Conscience Awards are an excellent organisation that actively encourages us as artists and designers to showcase these elements of our work," he said.