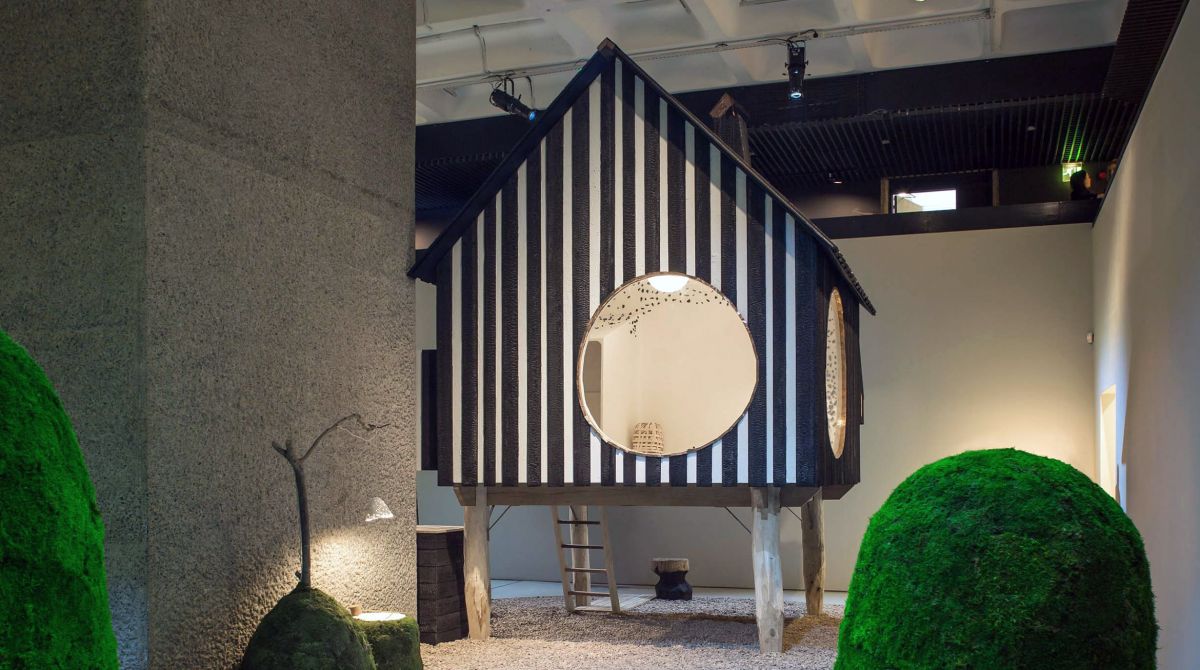 Architecture students have lent their expertise to assist in the creation of a tea house displayed at Barbican Art Gallery as part of a major exhibition showcasing Japanese architecture.

Under the instruction of esteemed Japanese architect and historian Terunobu Fujimori, the students embarked on an extensive research and preparation period which culminated in a trial build at a Kingston University library. They were able to use this experience to inform the construction which took shape over a week-long period at the London based gallery. The exhibition, entitled The Japanese House: Architecture and Life after 1945 examined the history of Japanese architecture from the end of the Second World War up to the present day.

The tea house is the latest in a series of group constructions overseen by Kingston University lecturer Takeshi Hayatsu and his team of postgraduate students, known as Unit 5. Previous projects have included a traditional 16th century Japanese bridge, a replica of Salisbury cathedral's spire and a Japanese Pavilion which was nominated for The Architects Journal Small Projects 2017.

Mr Hayatsu, who arrived in the UK from Japan to study in 1993, said working with the renowned architect was a wonderful opportunity for the students. "Professor Fujimori is a very influential figure in Japanese architecture. He is one of the country's top architects," he said. "He shares a philosophy of hands-on making with the school of architecture, his thinking and writing has influenced what I do and how I teach," he explained.

In 2015 Mr Hayatsu invited Professor Fujimori to speak to the Kingston University through a cultural exchange funding programme overseen by the Daiwa Foundation. "Professor Fujimori was able to stay with us in Kingston as a resident architect, holding a number of workshops and symposium lectures," Hayatsu explained. "He witnessed the construction of the pavilion and observed first-hand the students' potential - how they used the expertise developed at Kingston University to construct a sophisticated building," he said. 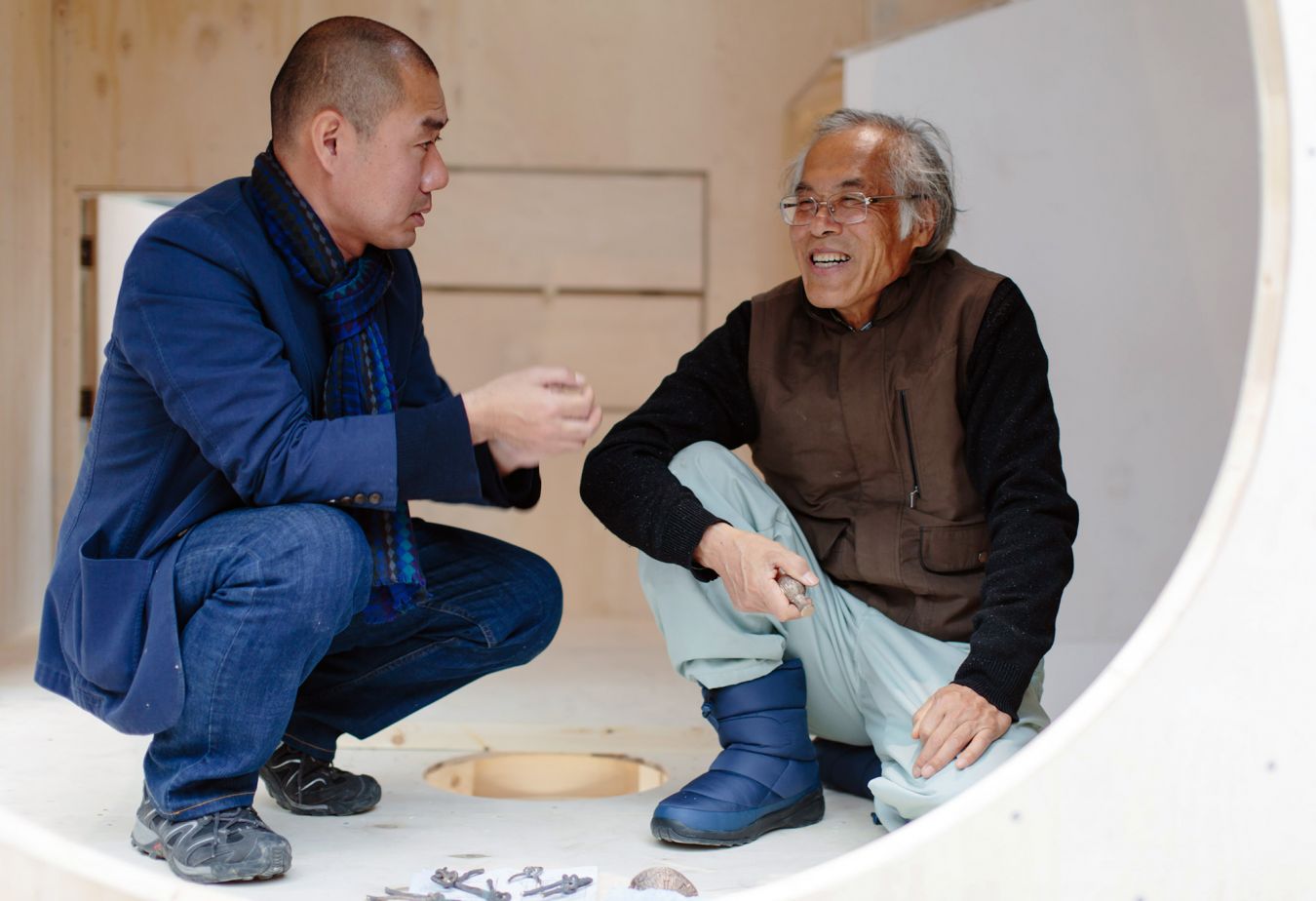 When the Barbican commissioned Professor Fujimori to contribute a bespoke installation to its recent exhibition, he remembered the work on the pavilion and asked Mr Hayatsu and the Unit 5 architecture students to get involved.

One of Professor Fujimori's trademarks is his use of a technique using charred wood on the outside of his buildings. The traditional Japanese technique, called Yakisugi, was established due to the humidity and climate in Japan – it prevents the wood from decaying and protects it from moisture. It is also makes an aesthetic statement, it was used on the tea house to provide a juxtaposition between the white plaster and the blackened wood.

The collaboration comes as the Faculty of Art, Design and Architecture prepares to return to its original name, Kingston School of Art. The new name reflects the faculty's legacy in an era when unique thinkers are highly valued in the rapidly growing creative and cultural industries.

Jonnie Rees was one of the Architecture MA students who worked with Professor Fujimori. "When Professor Fujimori was here in the run up to the exhibition, I was measuring precisely where the cladding boards were going. He told me work more instinctively, looking at where the materials should fit in with the building rather than following the plans to exact specifications," he said. "He's always laughing and very relaxed, affable and easy to get along with – despite not speaking English," the 25 year old from Surrey said.

The Kingston University involvement in the tea house wasn't restricted to the Unit 5 students. Product design undergraduates provided bespoke ceramic pieces, signed off by Fujimori to dress the tea house. Fourth year architecture students made use of the University's foundry to produce the doorknobs, hooks and pushbars. "It is quite a small structure but there are a lot of details contained within – all constructed by our students," Mr Hayatsu explained. "Each piece incorporates elements of Japanese tea and culture," he said.

Florence Ostende, the curator of the Barbican exhibition said the students had worked with dedication and commitment to build Professor Fujimori's tea house. "I was impressed with their creativity and professionalism during the installation in the Barbican gallery," she said. Ms Ostende also witnessed the production of the yakisugi. "I vividly remember the students learning from Professor Fujimori in a way that wasn't expressed in words but through gestures and movements that felt deeply performative. It was one of the most beautiful moments of the project," she said. 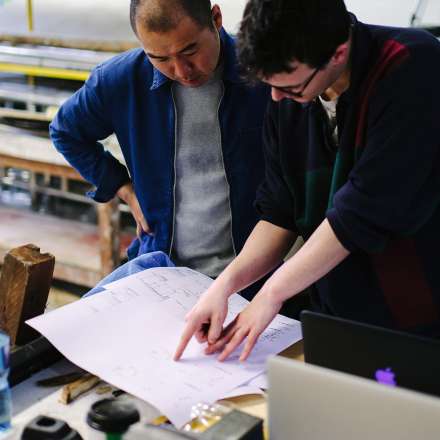 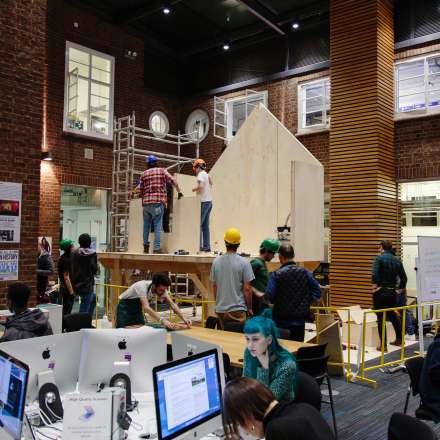 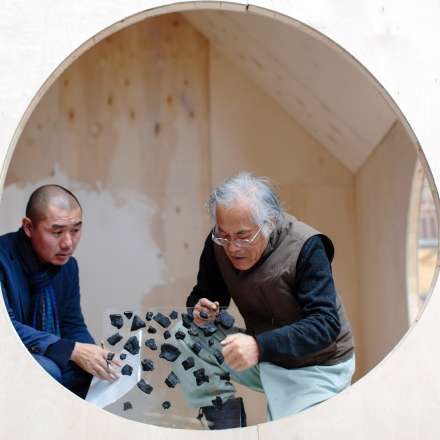 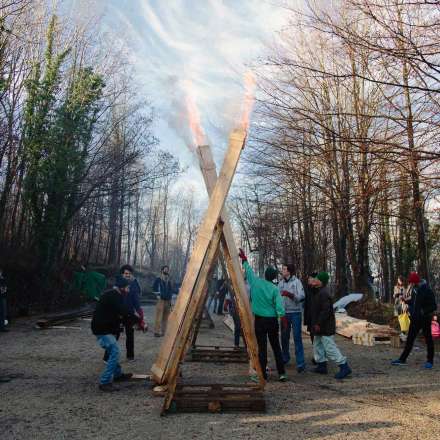 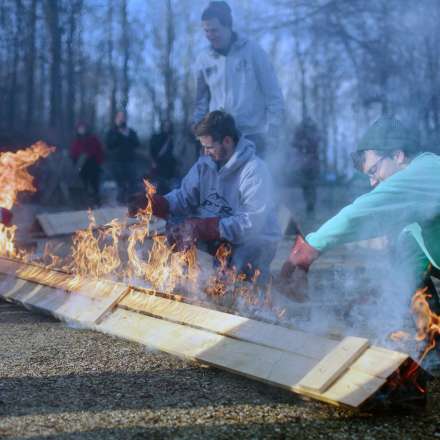 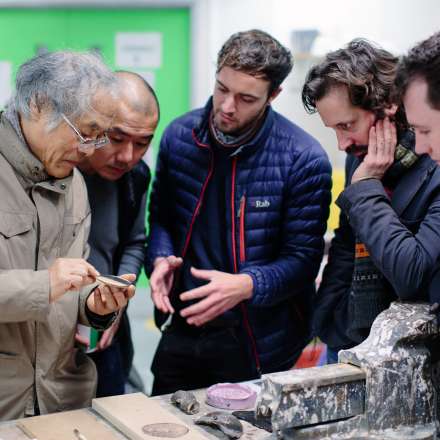 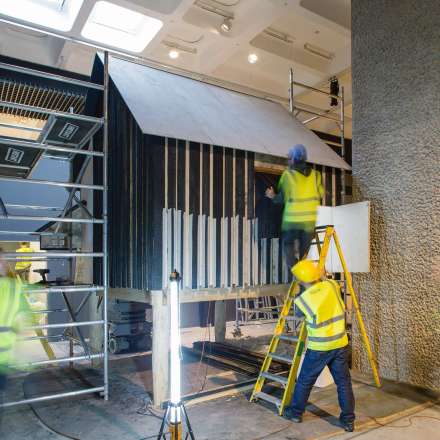 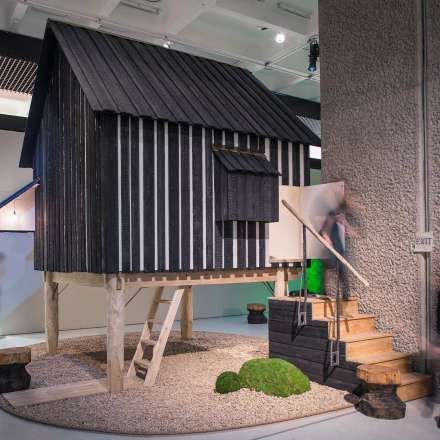 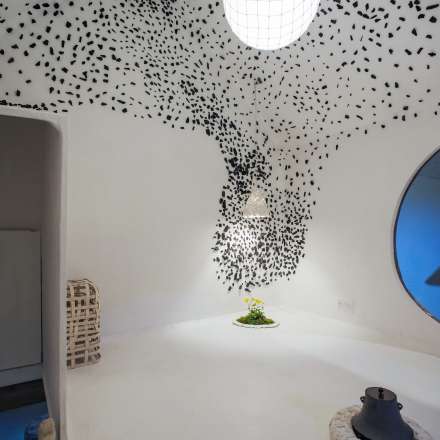 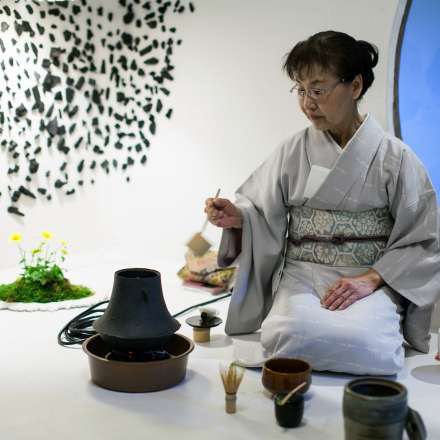 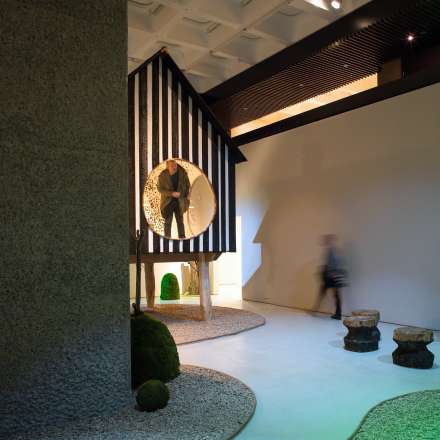 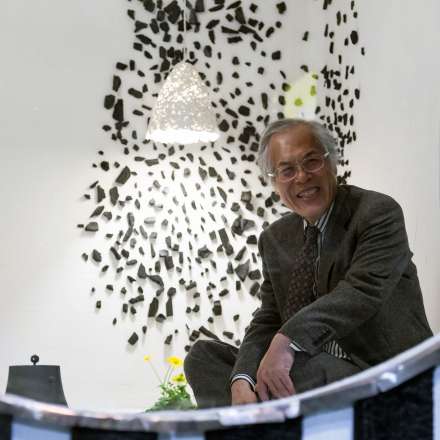