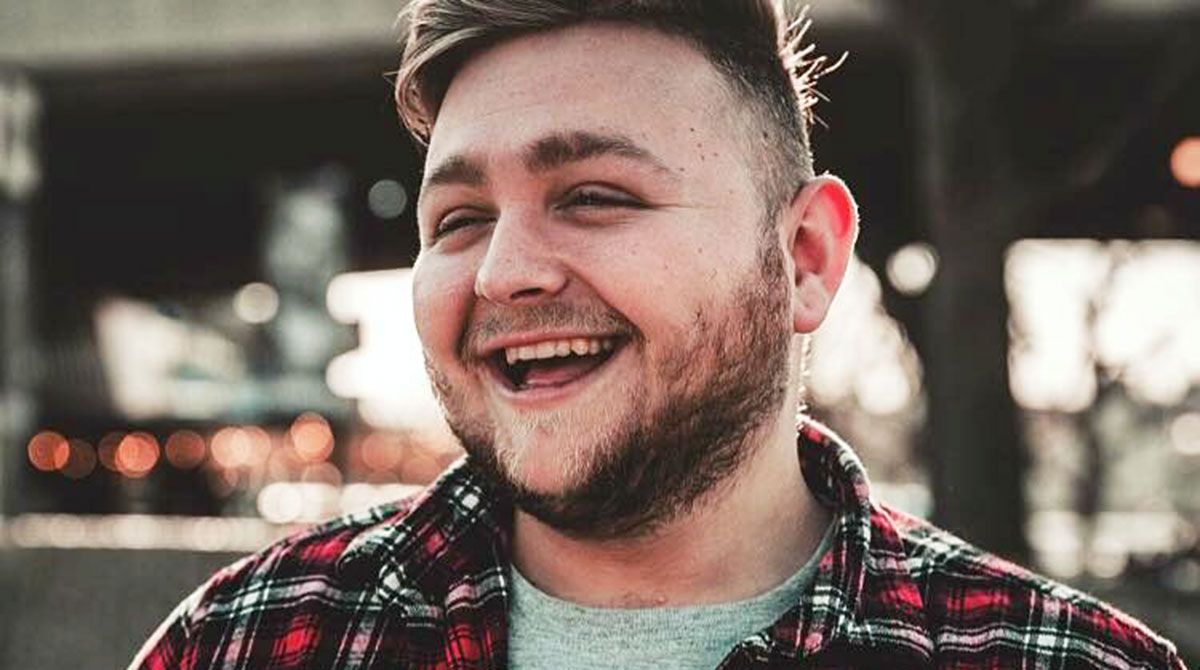 The star of BBC Three's hit series Bad Education Jack Binstead has praised a group of Kingston University drama students after they produced a touching portrayal of his real life experience as a teenager with brittle bones for a theatre show which debuted at the International Youth Arts Festival (IYAF).

Sticks and Stones was shown at the Arthur Cotterell Theatre studio at Kingston College. It formed part of the annual festival, which is seen as a spring board for new and emerging talent and included performances from Kingston University staff, students and graduates. The group's efforts have been commended, after they were nominated for the ‘Best of the Fest' award and Best Actor gong for Matthew Mahoney in the process.

The writer and producer of Sticks and Stones, Megan Blythin – a Kingston University Creative Writing and Drama BA (Hons) student – recently graduated with First Class Honours. The production first came to fruition after Megan met personal friend Jack and discussed the events of his teenage years with him. This meeting moved Megan to write a script for the stage as part of her final creative writing assignment which was then submitted to be part of IYAF.

Jack, 20, who hails from Chessington in Surrey, was delighted to get involved in the project. He did admit, though, that seeing his life played out before him had been slightly bizarre. "It feels unreal having my story turned into a show. It was strange seeing someone else play me on stage but I very much enjoyed it and laughed throughout," he said. 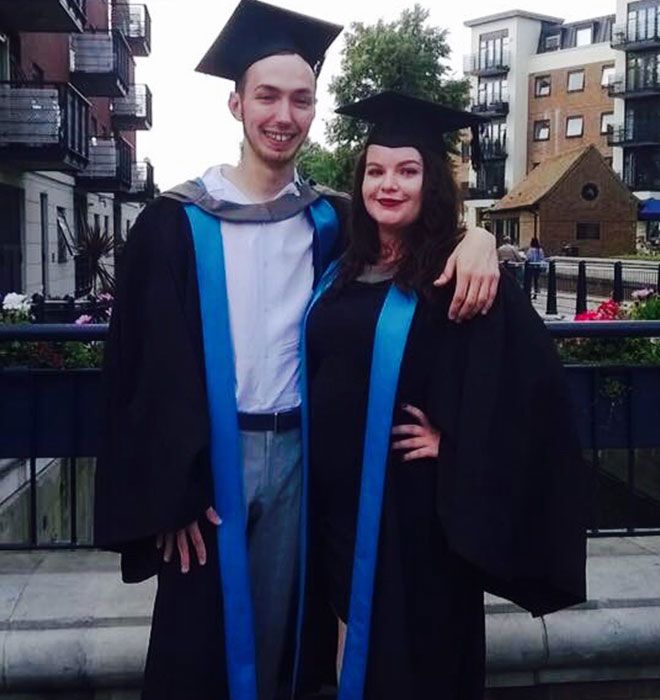 First Class Honours graduates and writer and director of Sticks and Stones, Scott Ferguson and Megan Blythin.Writer Megan joined forces with director Scott Ferguson – a fellow First Class Honours student who graduated in Drama with Psychology BA(Hons) – to form the Indictus Theatre company, which focuses on telling untold stories. The company grew after Megan and Scott completed their applied theatre placement at learning disability charity Mencap where they created workshops which helped disabled individuals with communication, confidence and motor skills.

The importance of showcasing the reality of life with a disability to a mainstream audience is something that has been welcomed by Jack. "It's imperative that disability is included in all aspects of the arts, not just acting," Jack, who has used a wheelchair since the age of three to help with his brittle bones condition, explained. "There are plenty of unheard of and unseen disabled actors itching to show their talents and all that's required is an open mind and an opportunity."

According to Megan, a key element of storytelling is to inject humour into scripts. "My aim as a writer is to highlight issues affecting diverse communities in a subtle and fun way and to not be shy in exploring aspects which are deemed off boundaries," she said. "With Sticks and Stones, we wanted to show that the main character is a well-rounded individual with emotions who just happens to be disabled."

The show's director Scott Ferguson has echoed Megan and hopes the audience are left feeling encouraged by the trials faced and eventually overcome by the lead character. "The challenge with this play is being both honest and respectful of disability. We have tried to create a piece that is uplifting and gives a voice to a group of people that is often pushed aside by society," he said.

As for Jack, while the chances for disabled actors remain limited, he has applauded the Sticks and Stones' creators. "The acting industry has opened up and included more disabled actors over the years and it's amazing to see but it's still not on par with where we want it to be. That is why it is so important to have writers like Megan and directors like Scott who are not afraid of shaking up the status quo," he said. "I have loved following their progress and hope to work with them professionally on a larger scale one day."

Kingston University's close association with the International Youth Arts Festival continues to flourish with a number of staff, students and graduates taking to the stage this year to showcase their talents in acting, writing and dancing. 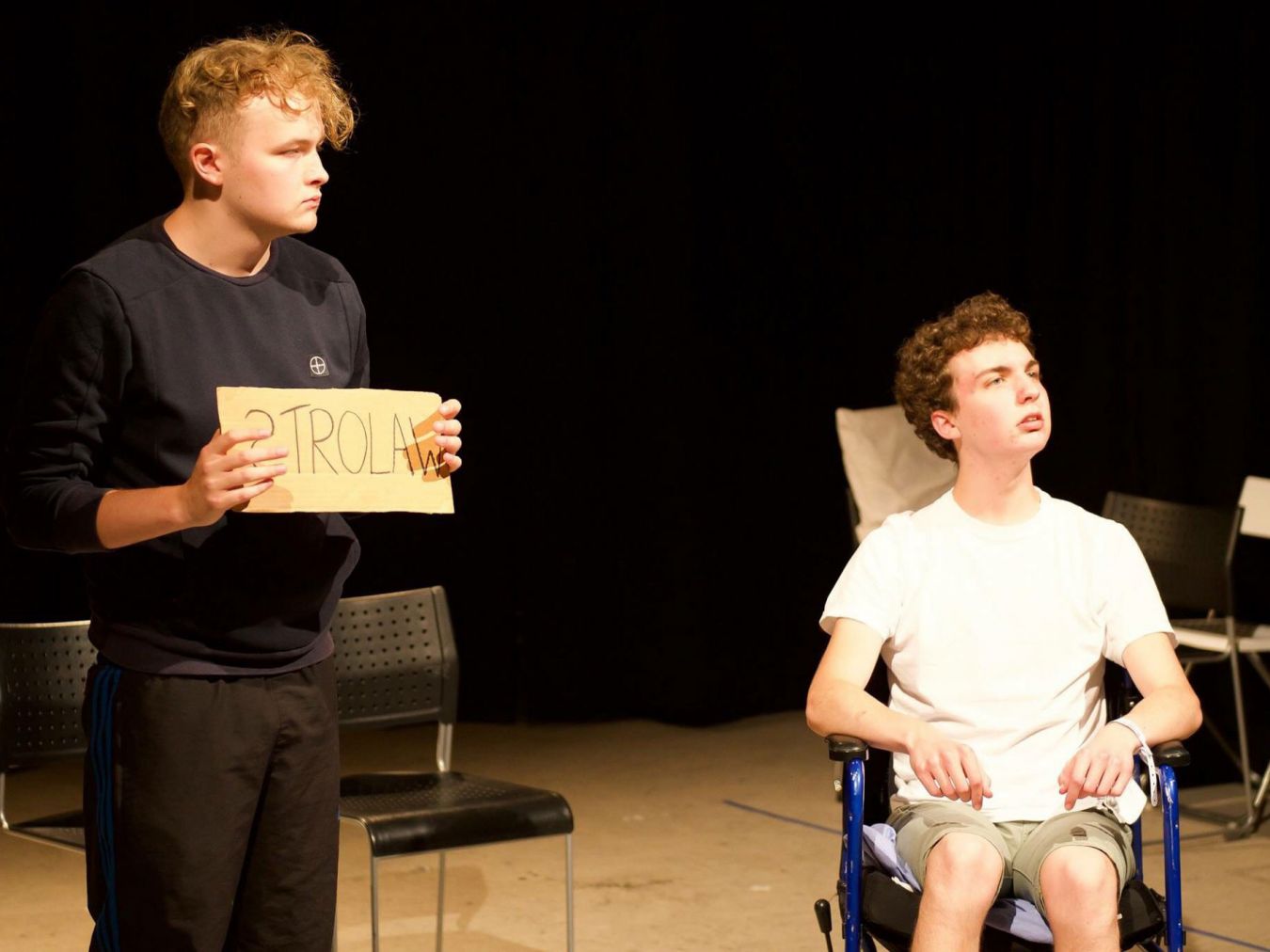 Matthew Mahoney (right) stars as a teenager struggling with disability in a play inspired by the life of Jack Binstead.