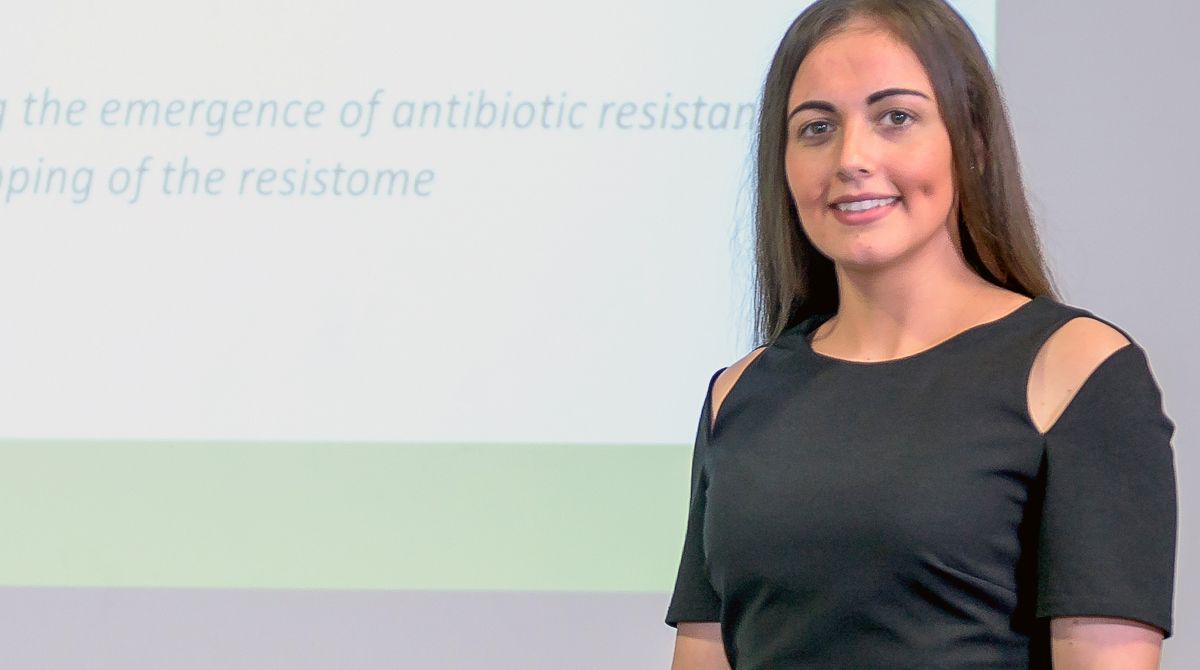 A postgraduate student whose research could help uncover why bacteria become resistant to antibiotics will represent Kingston University in the national stages of this year's Three Minute Thesis competition.

Lucky Cullen will have just 180 seconds to explain her doctoral study to a panel of judges in the semi finals of the annual contest, alongside selected students from universities across the country.

An academic competition developed by Australia's University of Queensland, Three Minute Thesis (3MT) challenges doctoral students to deliver a compelling spoken presentation on their research topic and its significance in three minutes.

Having graduated with a first class degree in medical biochemistry from Kingston University in 2014, the 24 year old from Rotherhithe, south east London, has created a model for examining how antibiotic resistance develops during her medical microbiology PhD.

The model – called the Resistance Evolution Growth Plate (REGP) – drives bacteria to become resistant by allowing them to move through agar-filled zones with increasing levels of antibiotics. The bacteria which survive in the zones containing antibiotics, can be examined further to see where the mutations take place leading to high levels of antibiotic resistance.

Uncovering where in the bacterial genomes resistance develops could help scientists determine whether the process can be predicted – and play an important role in efforts to tackle antibiotic resistance, Lucky explained.

"The growing threat of an antimicrobial crisis is creating a genuine global concern," she said. "This research could lead to the development of new, targeted drugs, increase the effectiveness of current antibiotics and help inform future treatments."

Lucky was one of six doctoral students who made it through to the University's internal 3MT final, winning her place in the national semi finals after impressing a panel of judges.

The PhD student worked closely with her supervisor, Professor Mark Fielder – a medical microbiology expert in the University's Faculty of Science, Engineering and Computing – to perfect her pitch. "As a specialist in the field of antibiotic resistance, Professor Fielder really drove home the importance of being able to translate complex language and theory into simple terms that can be understood by everybody," she said.

Lucky explained how she had had to overcome a number of challenges when shaping her script. "A lot of my initial Three Minute Thesis script was concerned with the methodology behind my research – which I found was actually not the most important thing to focus on when given three minutes," she said.

"Another learning curve was finding the appropriate language to share my work with people who aren't specialists in this area. When you use scientific jargon every day – such as the Latin phrase ‘de novo', which describes the development of antibiotic resistance from the beginning – it is very easy to lose sight of the fact most people wouldn't know this term."

This year, the six Kingston University students who made it through to the internal final also benefitted from a professional one-day training session with journalist and communications consultant Etienne Duval. During the workshop, students worked on the storyline, visual aid and delivery of their 3MT presentations in a group setting – presenting to their peers, who gave their feedback alongside the expert guidance of Mr Duval.

Taking part in the training and competition had helped Lucky harness her passion for the subject and learn new skills which could be hugely important in her future career, Professor Fielder said.

"The ability of scientists to communicate is paramount - without this there is little point in what we do," he explained. "Learning how to break down her research and practising delivering it to a range of audiences has really helped boost Lucky's confidence, and combined her fantastic knowledge of the subject area with critical skills in the explanation and presentation of ideas."

Professor Andrea Petroczi, who coordinated Kingston University's entry in to this year's Three Minute Thesis competition, said all those involved gained invaluable experience in how to share their work with the wider public.

"Asking students to explain their research in a three-minute presentation really gets them to think about what their PhD is actually about," Professor Petroczi said. "Tightly limiting the amount of time available to introduce their research is ideal preparation for interviews, conferences and other high pressure scenarios that they will face in life – where it will not be possible for them to go into huge detail or sophisticated language about the work they have carried out. It is a skill which can be acquired by practice and training." 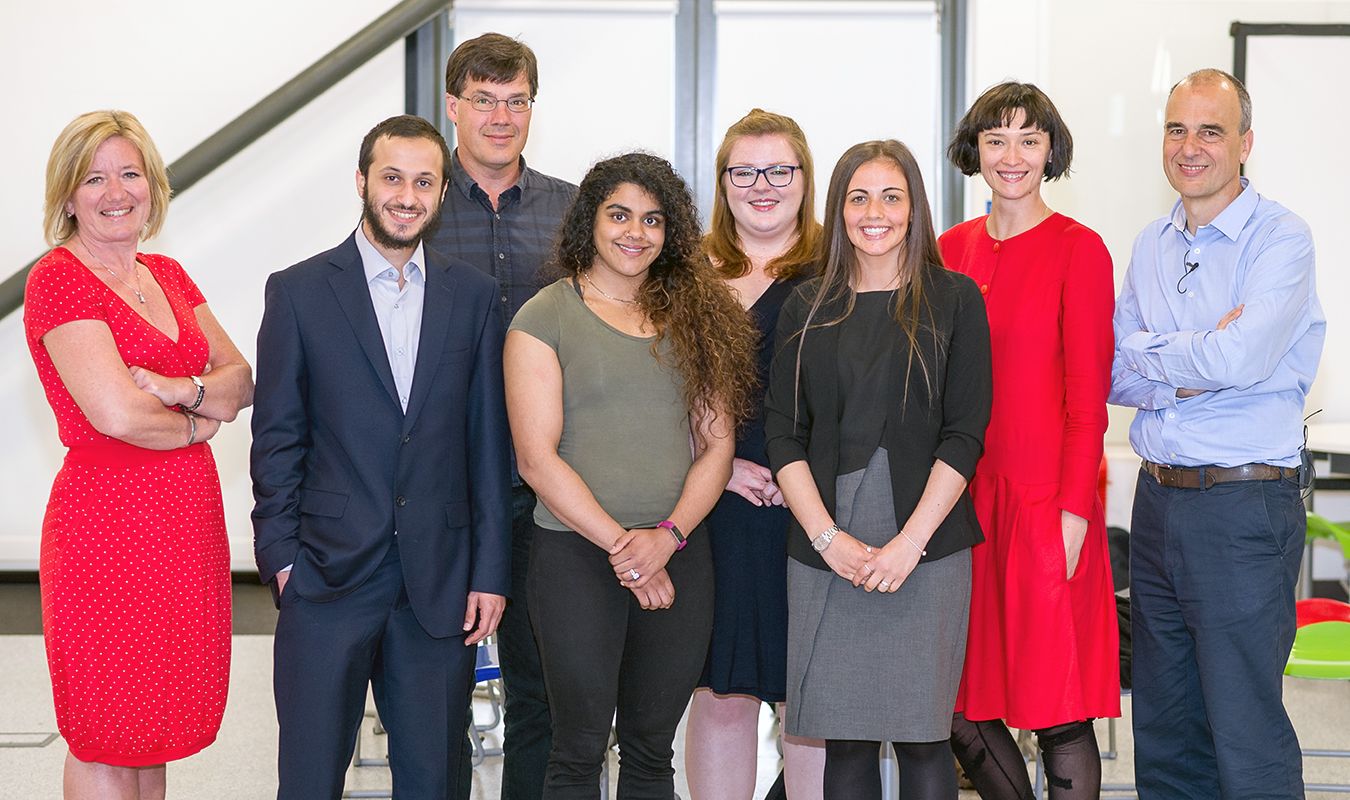 • Find out more about research degrees at Kingston University.