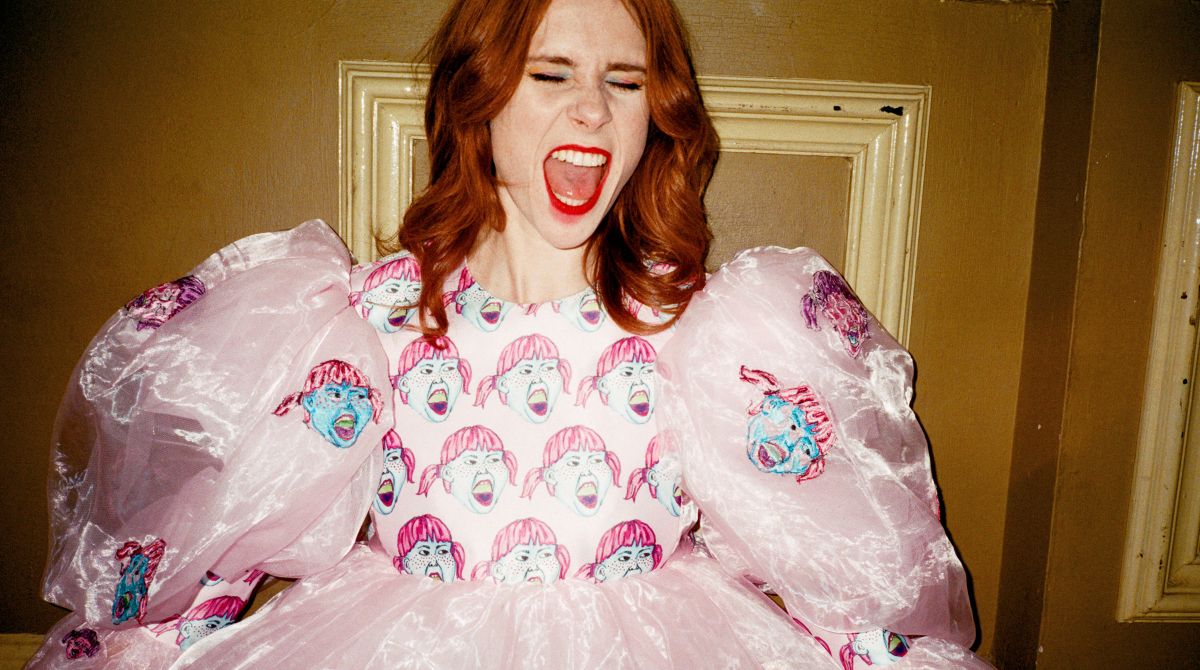 Four talented young fashion designers from Kingston University are preparing for graduate positions at some of the world's leading fashion companies in Paris, London and New York.

Just one month after graduating from the University's BA(Hons) fashion degree, Kate Clark, Giorgia Presti, Rebecca Holmes and Tara Khemiri are getting set to break into the industry with roles in Chanel's textiles department, Banana Republic's knitwear section and Stella McCartney's London headquarters.

Kate Clark is heading for Chanel after impressing Graduate Fashion Week crowds in June with her debut collection of playful, embroidered dresses. Kate's work has already attracted the attention of celebrities and fashion press alike. Popstar-turned-actress Kate Nash – who stars in acclaimed Netflix wrestling comedy series Glow – wore some of the Bolton designer's vivacious creations on stage in Manchester during the tenth anniversary tour of her debut album, Made of Bricks. In July the official GFW website published an interview with the Kingston University graduate about her career ambitions.

Kate's bold womenswear also struck a chord with Chanel's talent scouts, who got in touch to offer her a place at the company's Paris headquarters. "I took a holiday to Brighton after I finished my course and when I returned to start looking for a job, I received an email from Chanel," the 22 year old explained. "I literally threw my phone down and screamed – I've never worked anywhere as prestigious before and I can't wait to learn from such highly regarded designers." 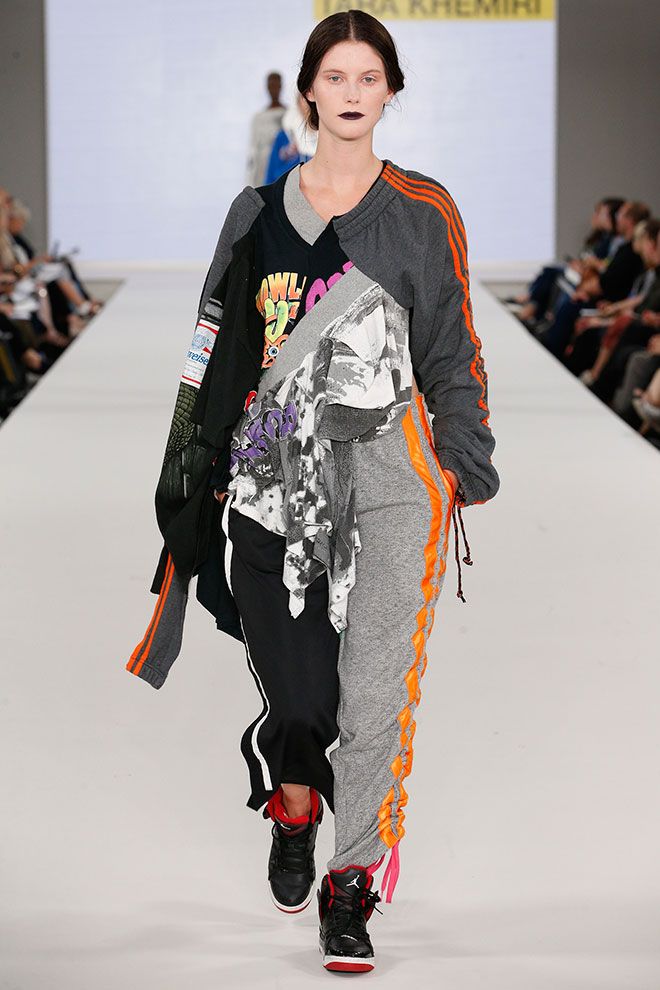 Tara Khemiri's womenswear collection debuted on the catwalk at Kingston University's Graduate Fashion Week show. Classmate Giorgia Presti, whose collection of opulent menswear shimmered on the University's award-winning stand at Graduate Fashion Week, was also offered a place at Chanel. The 22 year old from Newcastle will be sitting alongside Kate in the label's textile department.

Elsewhere, fellow graduate Rebecca Holmes impressed judges from Banana Republic at international knitwear competition Feel the Yarn at the Pitti Filati trade fair in Florence. The 24 year old designer from Shepton Mallet in Somerset stood out from 21 other students to win a special prize awarded by the American clothing brand, which includes a six-month position at their offices in New York.

Rebecca worked with the Tuscan yarn company Pecci Filati, who sponsor the Kingston University course, and 15kg of wool given to her by the competition organisers to design the garments that secured her award. "My yarn was soft and fuzzy, in deep browns and reds. I made two jumpers – a long womenswear piece covered in braids and fringing and a menswear garment with 3-D like text. The Banana Republic judges said they could use elements of the designs for commercial use," Rebecca said. "I've loved fashion since I was a little girl. My Mum taught me how to sew when I was young and now I'm off to New York for a graduate position in knitwear. It's just surreal," she added.

Meanwhile, a fourth BA fashion graduate Tara Khemiri has landed a role at leading British label Stella McCartney. The 24 year old, who grew up in Geneva in Switzerland, has been working closely with one of the brand's senior designers as the team put the finishing touches to their spring/summer collection. After two months applying for positions, Tara secured an interview at the company's London head office in Shepherd's Bush after its parent company, global luxury group Kering, visited the University's fashion studios. "I was interviewed by two senior designers – I was amazed at how relaxed they made me feel, it made me really want to work at the label. I got an email the next day offering me the position and I was so excited," Tara said. "My Mum bought me a pair of Stella McCartney shoes as a congratulations present for completing my degree – I can't believe I'm working for the label now."

Kingston University's Head of Fashion Associate Professor Elinor Renfrew said the young designers were reaping the rewards of their hard work. "Our fashion students gain extensive industry experience throughout their studies and are some of the most employable designers in the UK by the time they graduate" she said. "These four graduates are creative and professional, so we're thrilled they have the chance to work at such renowned brands." 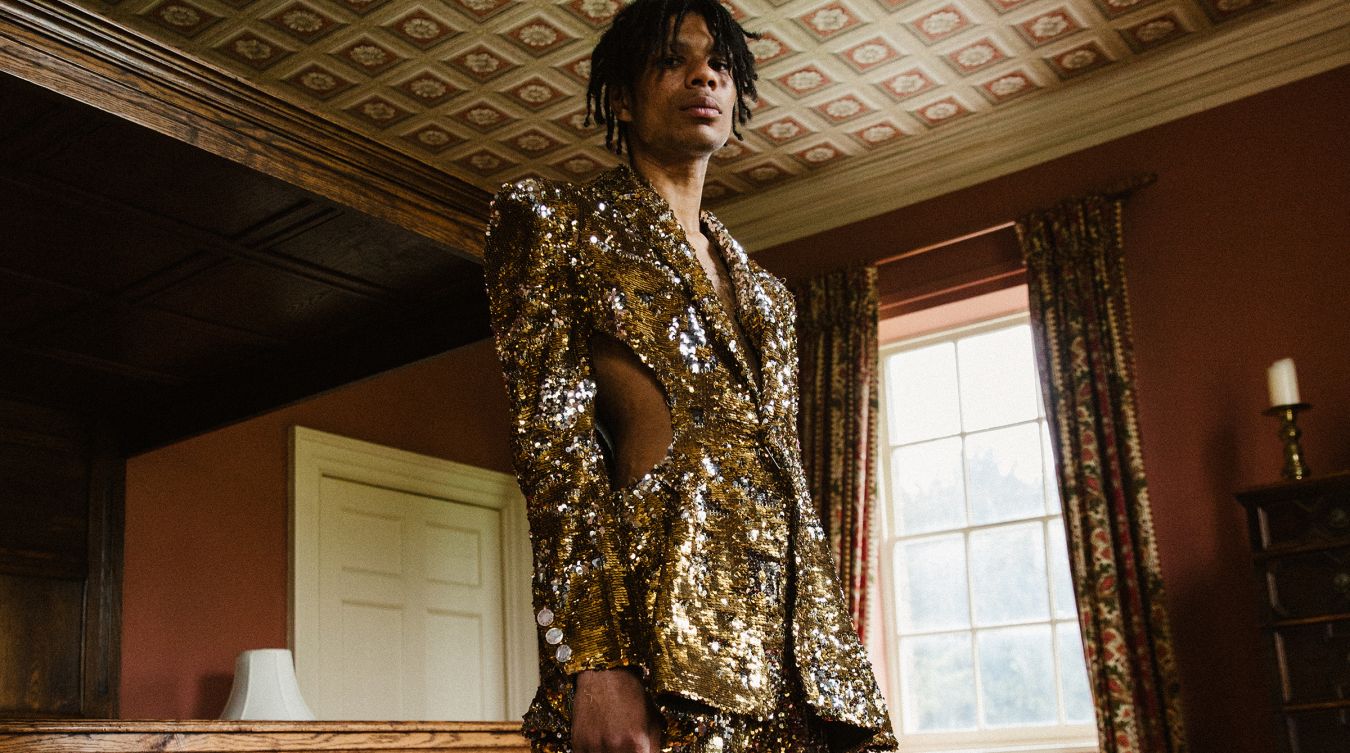