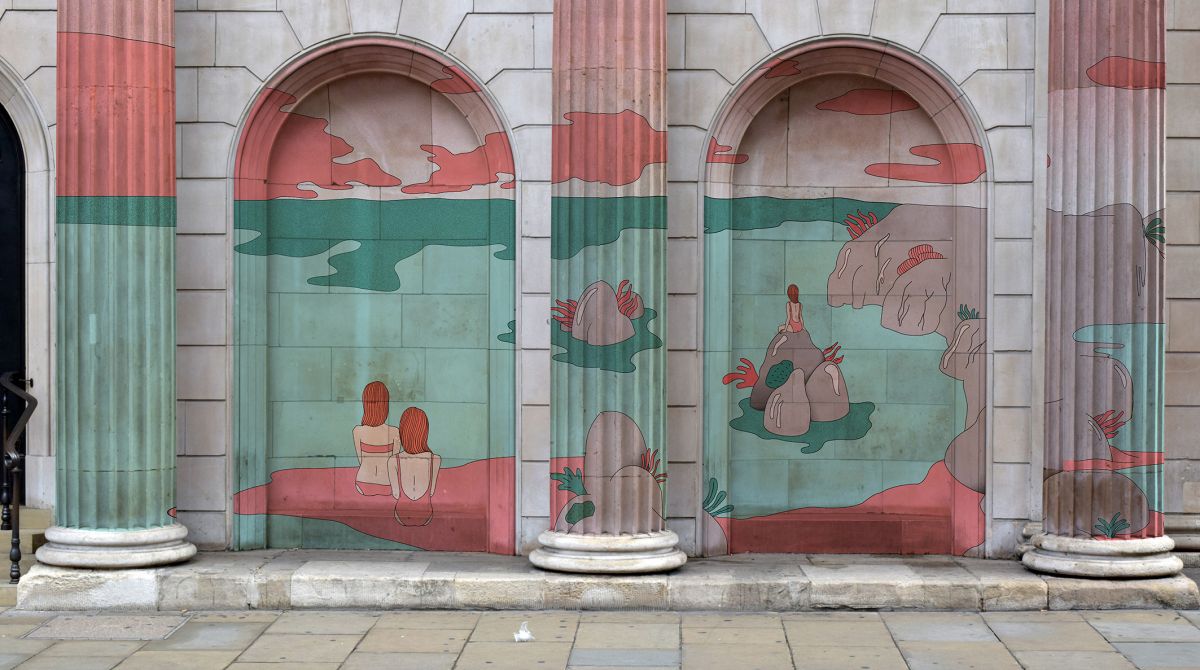 Projecting tranquil beach scenes on to the Bank of England to de-stress city workers and increasing awareness of invisible disabilities were just two of the ideas explored by Kingston University's graphic design MA students when they showcased their final projects at a three-day exhibition in central London.

French designer Elise Boutros investigated the causes of stress and explored ways that mindfulness could be used by business communities at the heart of London's financial district. She plans to project her peace-inducing animations, featuring images of holidaying revellers relaxing at the beach, onto the Bank of England to bring an oasis of calm to one of the most stressful work environments in the country.

"The idea was to provide business people with a positive distraction that could reduce their stress levels for 30 seconds each day," the 23 year old said. "The Bank of England is an iconic building with fascinating architecture and features. I want to project the animations onto the arches, indents, buttresses, lunettes and exedras, helping people to open a window to their imaginations and a more peaceful world," she said. 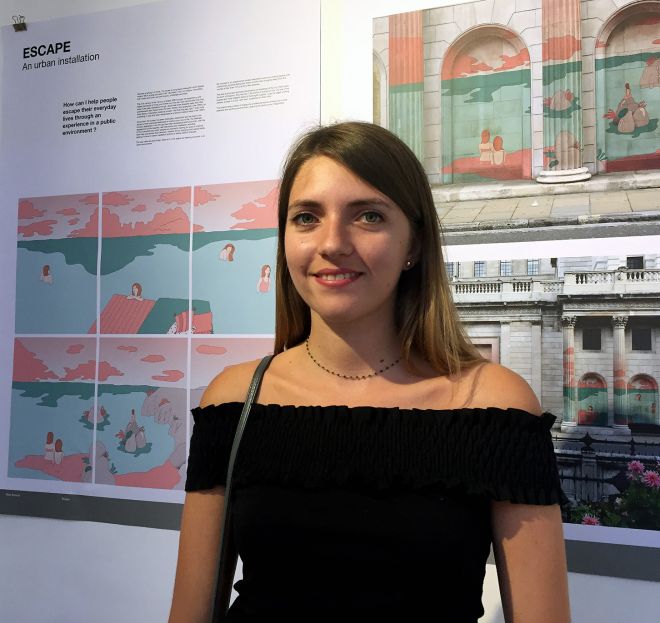 Elise Boutros wants to lower city worker's stress levels with her relaxing projectionsElise posted her illustrations onto her social media pages, seeking feedback from her friends and family to see which images resonated most with her tranquil ambitions. "There was one image in particular that got a big reaction. People liked the colours and found it serene and calming," Elise explained. "I went on a very peaceful holiday to the Maldives, I used the pictures I took on holiday in combination with my illustrations to recreate the peaceful atmosphere for London's stressed out business people," she said.

Elise hopes to combine her passion for design with the enjoyment she gets from seeing her work in public spaces. "I really like creating installations and experiences for people, and I hope to be able to make my project a reality at some point in the future," she said.

Another student making waves at the show was Angharad Bowman who wants to raise awareness of so-called invisible disabilities with her work on epilepsy and diplopia - a form of double vision. "My mum developed both conditions following an accident," she said "I feel there is a lot of discrimination and stigma when she talks to people about her disabilities. I wanted to create a campaign to raise awareness of the causes, symptoms and effects, both seen and unseen," she explained.

Angharad produced a fact-packed poster series alongside fold-out booklets and also developed the initial designs for an app that can be used by sufferers and acts as a support network. "My mum is currently completing a PhD in Health Psychology and we have influenced each other with our work," the 24 year old from London said. "It's important to be aware of the links to mental health and the fact that just because you can't see something doesn't mean it's not there."

As a working graphic designer Angharad appreciated the opportunity to re-examine her working practices. "The course has made me approach my craft very differently," she said. "We've taken a ‘back to basics' approach, it's really important to take time to think about the building blocks of design - shape, colour and concepts. 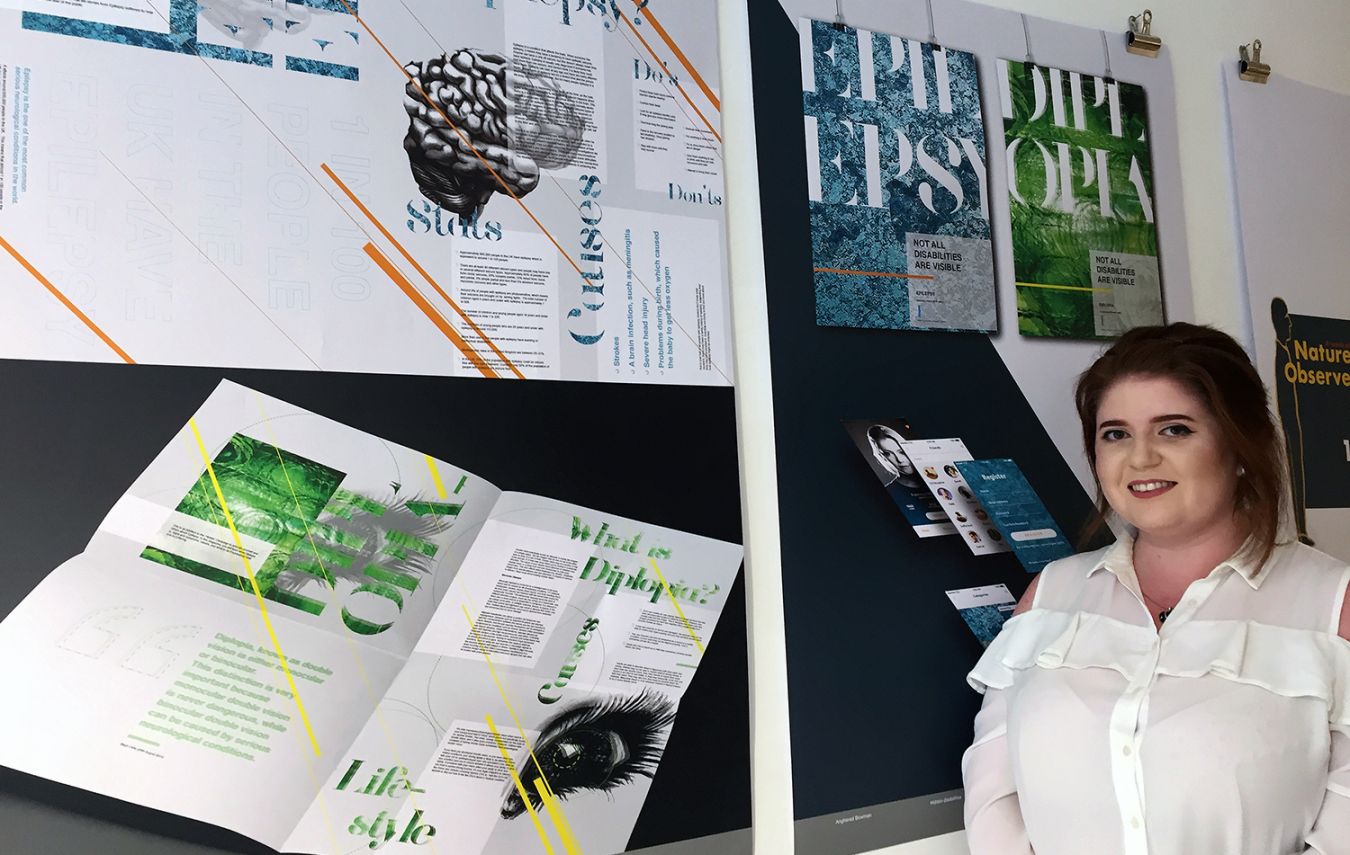 Elsewhere Chinese student Jiang Yuhui spent time investigating the Chinese Dong minority creating elaborate screen printed designs based on photographs of her time with the group. "People associate China with producing mass produced cheap goods," the 26 year old said. "I wanted to spotlight Chinese culture and folk art. There are so many folk artists it's really amazing, but they face a challenge as the young people want to go to the cities to make money rather than stay within the rural communities," she said. 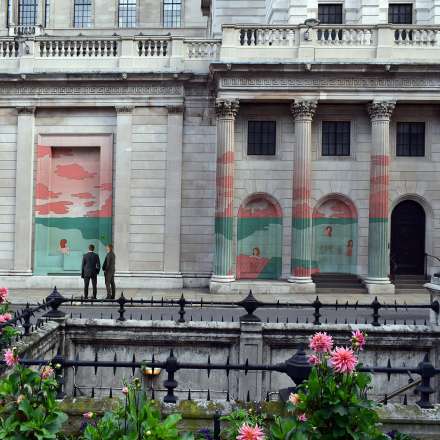 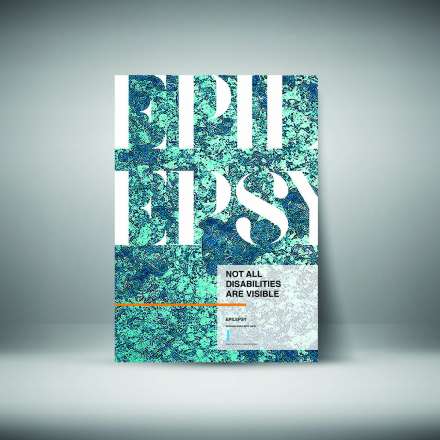 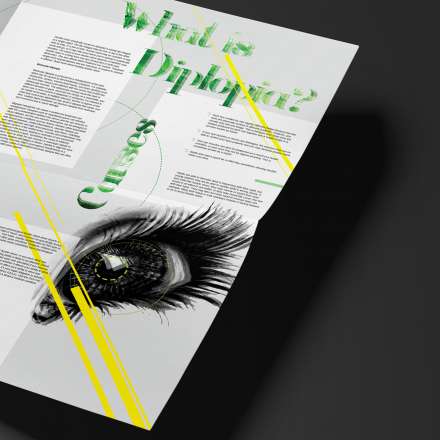 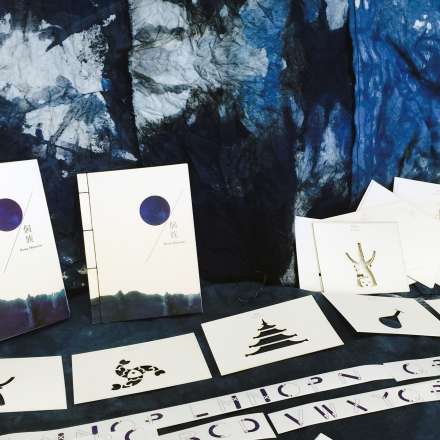 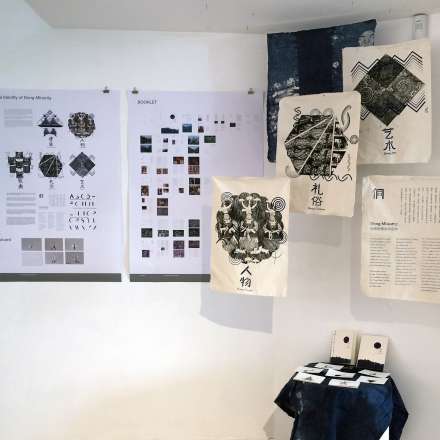 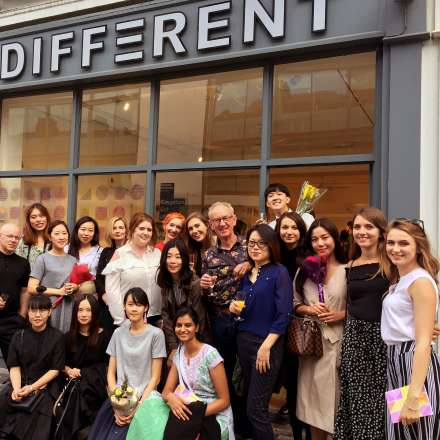 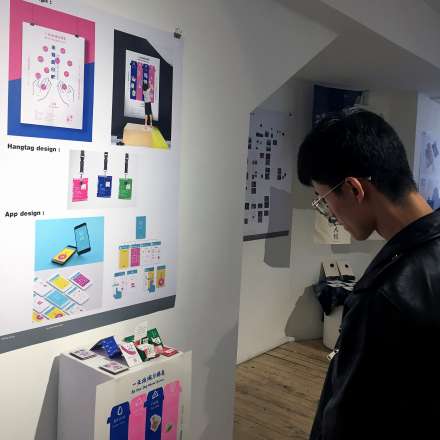 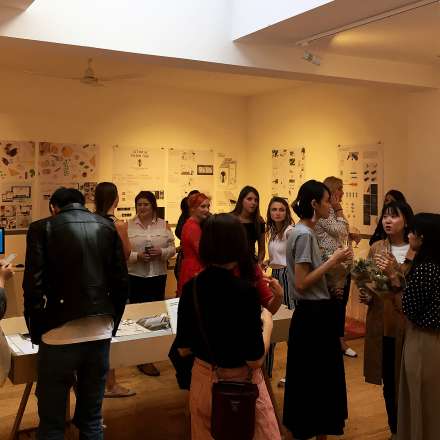