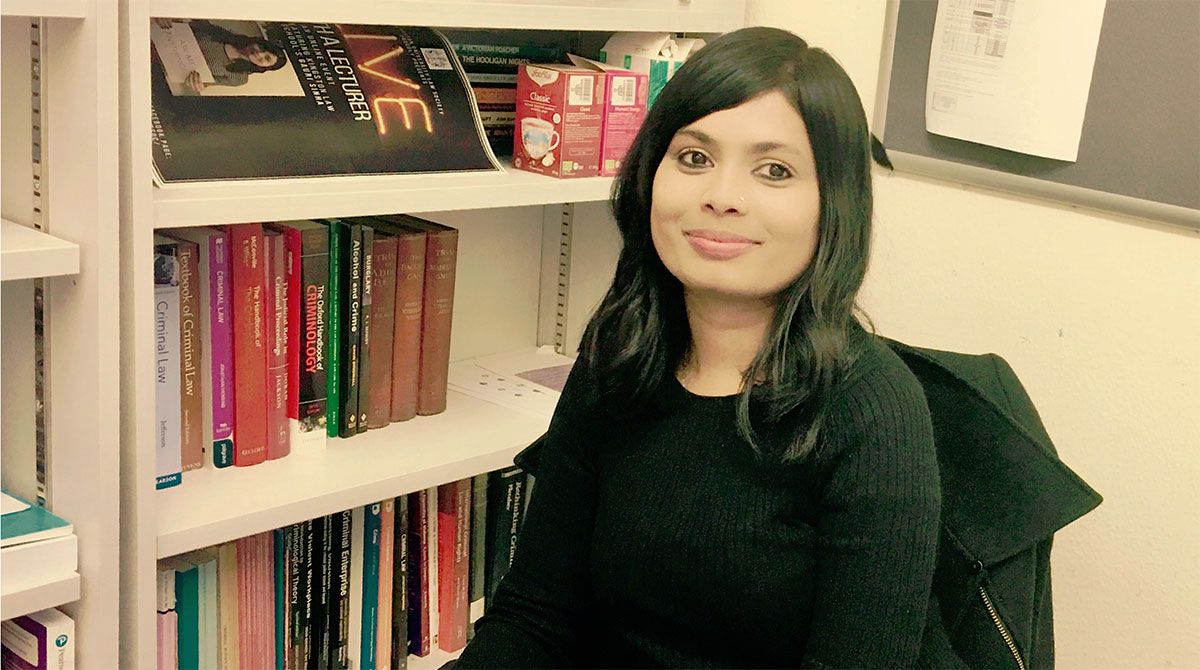 Dr Gauri Sinha has made her second trip to Jamaica in two years to help advise ministers on drafting anti-terror legislation.

The Jamaican Government has yet again sought the expertise of a Kingston University Law School academic to advise ministers on implementing measures to prevent the financing of terrorism. Dr Gauri Sinha's trip follows her initial visit to the Caribbean island in 2016, where she first helped shape the nation's legislation on anti-money laundering, in accordance with the laws set out in the United Nations Security Resolutions (UNSCR).

"This latest trip was an extension of the previous trip," said Dr Sinha, who is originally from Delhi, India. "Initially, I shared an advisory session with key ministers and stakeholders. However, this time I was given greater independence in order to produce the recommendations."

With a greater focus on freezing the assets of those involved in any wrongful activities, Dr Sinha explained how she applied her understanding of the UNSCR to correspond with those of Jamaica's domestic laws. "My job was to provide the Government with a framework from which it could raise flags in order to prevent terrorist financing and the spread of weapons of mass destruction," she said. "The UN has strict regulations relating to these matters - so it is imperative that Jamaica amends its laws to comply accordingly."

Having been headhunted by a non-profit organisation to assist the Jamaican Government, Dr Sinha has a wealth of experience in the field of international financial crime laws. A former practising barrister with a PhD in anti-money laundering, Dr Sinha worked as a consultant to global firms PwC and KPMG. "I used to advise big companies on how best to comply with laws so that they wouldn't receive fines or be placed on a blacklist," she said.

Dr Sinha drew laws from several countries including the United Kingdom, Australia and Canada as examples for government officials to consider when making amendments to Jamaica's laws. "It was great to be in direct contact with a government and be able to contribute to amending laws," she said. "Furthermore, I can use this experience whilst teaching students, by sharing with them a practical example from which they can understand the intricacies of law."

As the module leader for Commercial Law and Contract Law, at Kingston University, Dr Sinha is eager to emphasise the skill of researching to her students in the classroom. "My advisory role for the Jamaican Government required me to dig around for information - and this is an essential element of practicing law. We hope to instil this in all of our future lawyers and law-makers here at Kingston University."