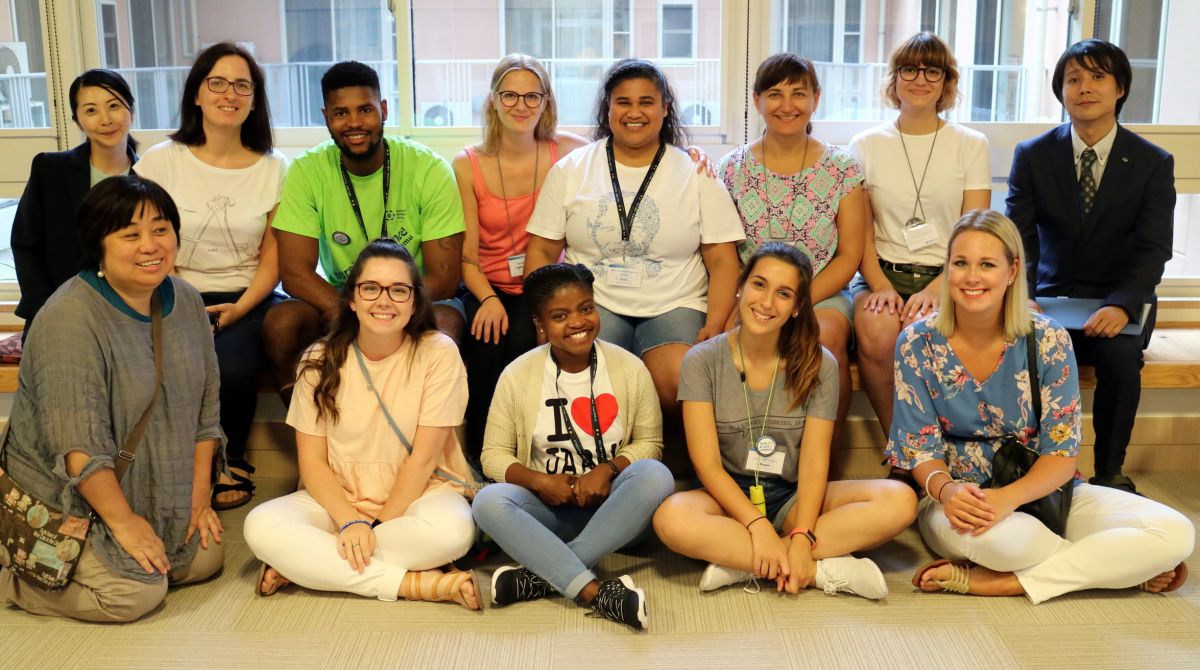 The event brought together students from across the globe including Magdalena (second from left, back row).

A Kingston University nursing student travelled to Japan to share her experiences of healthcare in the United Kingdom with colleagues from across the globe at a prestigious international workshop.

The event brought together students from across the globe to discuss current safety issues and learn about ways patient safety could be improved, alongside healthcare experts and guest lecturers from who shared their approaches to driving forward improvements in their own industries.

The 29-year-old third year student – who was the only United Kingdom representative – presented a talk about healthcare in her own country at the workshop and afterwards was asked to share her experience with the INU council. 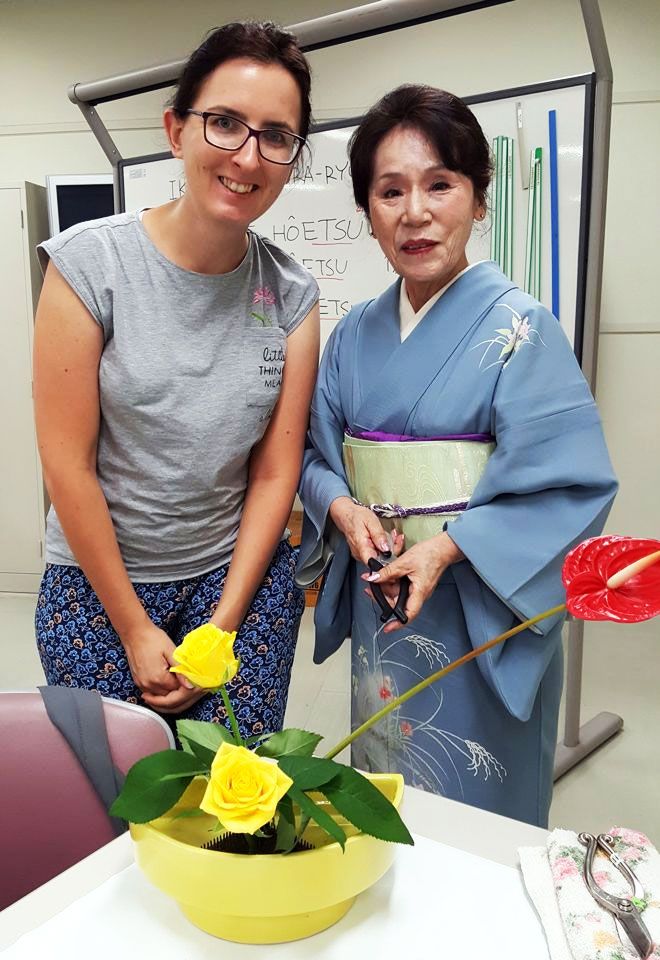 As part of the trip, Magdalena got involved in cultural activities such as flower arranging classes.The event brought together students from across the globe including Magdalena (second from left, back row).The meeting, which took place on 18 September, was for the first time hosted by Kingston University, and was also attended by senior lecturer in the Faculty of Health, Social Care and Education, Ms Lee Lui. The Faculty of Health, Social Care and Education is run jointly by Kingston University and St George's, University of London.

The visit to Japan presented a unique opportunity to gain a global perspective of issues around healthcare and see issues in a new light, Magdalena explained. "I can honestly say this workshop completely changed the way I think about patient safety," she said.

"In the past I simply followed hospital policy and procedures and just 'did my job.' We discussed what measures are currently in place and what could be done to improve the patient safety in our home countries."

There were a variety of exercises and lectures scheduled in the programme that helped give the students a better understanding of the issues, with the workshop led by Dr Gwen Sherwood, a global expert in patient safety and quality of care.

One of the guest lectures was given by a speaker from global car manufacturer Toyota, whose explanation of the Kaizen philosophy struck a chord with Magdalena.

"Kaizen is Japanese for constantly improving," she said. "The approach has already been successfully applied in many hospitals in the United States, it aims to improve the productivity and reduce the waste in time and resources."

There were many cultural activities incorporated in the programme, including flower arranging classes and a tea ceremony. Students visited Hiroshima city and attended a Peace Memorial Service in memory of those who died during the atomic bombing in 1945.

The opportunity to meet people from so many diverse cultures was one of the most interesting aspects of the event, Magdalena explained. "Even though we didn't all speak the same level of English, we were able to communicate effectively, share views and work together as a team," she said. "In a short space of time we became friends and our Japanese hosts made us feel very welcome."