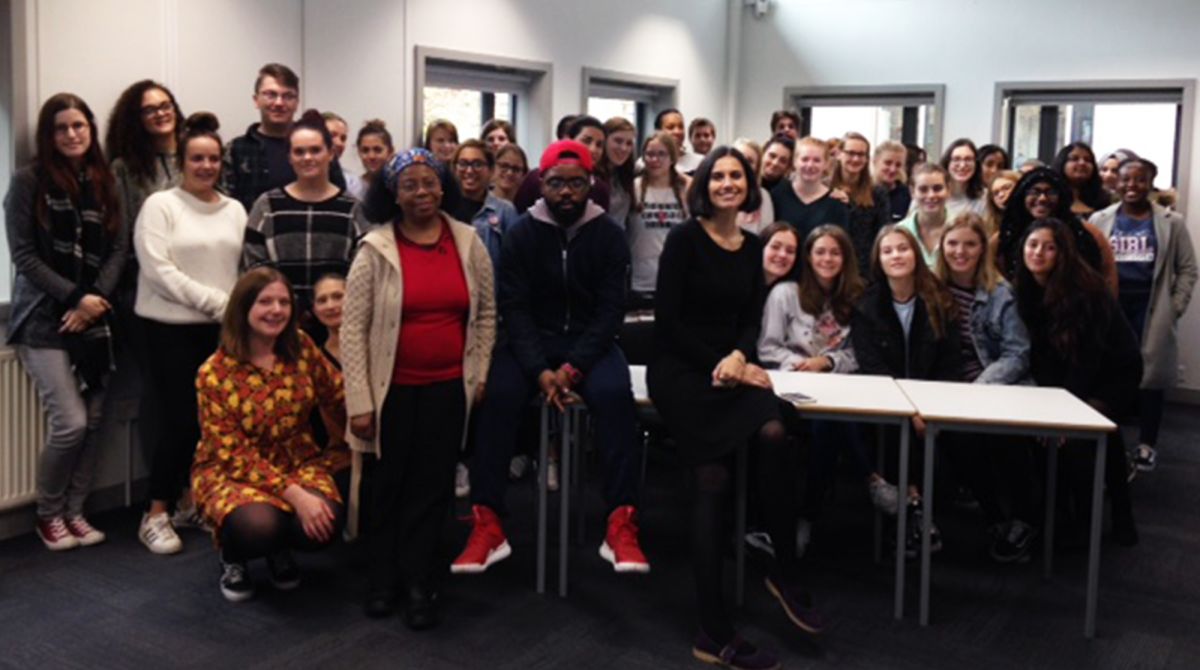 Student nurses and teachers have joined forces to take part in the Fighting for our Rights project.

Kingston University students are playing a vital role in a pioneering initiative sharing the stories of borough residents who have helped make history as part of the disability rights movement. Student nurses and teachers from the Faculty of Health, Social Care and Education, run jointly by Kingston University and St George's, University of London, have joined forces to take part in the Fighting for our Rights project.

Led by the Kingston Centre for Independent Living, the project aims to create a permanent historic record and education resource relating to the period of political and cultural change that began in the 1960s to inspire future generations of care and education professionals and people with disabilities.

As part of their community practice work, nursing students have trained as oral historians to interview residents who fought to break down barriers for people with disabilities during the second half of the 20th Century. The information and memories they gather will then be used by student teachers to develop a new  resource package for Key Stage 2 pupils that will be distributed to all primary schools in the borough. 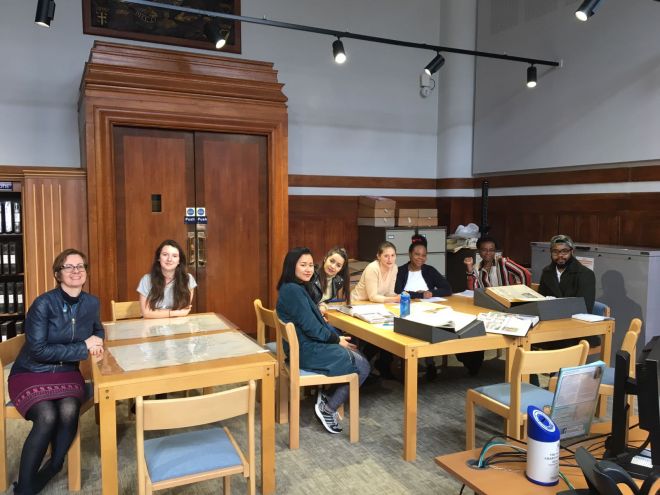 Students undertook training to prepare them to go out in to the community.Associate Professor Theresa Nash in the School of Nursing and founder and director of Heritage2health – a collaboration between colleagues and students from Kingston and St George's, the voluntary sector and the National Trust – said the project had provided a fantastic opportunity for students to work closely with the local community on an incredible story.

"Everyone involved has shown immense courage," she said. "By going through that journey with the residents, the students have developed a real understanding of what they achieved and why it was so important – feeding the fire for them becoming the next generation of passionate advocates for inclusion."

Students undertook training in interview techniques to prepare them to go out into the community and listen to the activists' stories. Interviewees included Baroness Jane Campbell – a member of the House of Lords and a senior figure in the disability rights movement – and Brian Gaff, a prominent member of Kingston's blind and partially sighted community.

Speaking to such inspirational figures about the role they played was a real honour, Callistus Dywili, a second year mental health student nurse who took part in the project, explained. "The people we spoke to have changed the face of Kingston – they didn't just sit around, they saw a need and then they tackled it," he said. "The project taught me to be a good listener too. It's so easy for us to want to show our knowledge or expertise as nurses, but the patient knows themselves better than you and it's vital to listen to them."

The training helped prepare them for the potentially intimidating task of going into people's homes to ask them personal questions, 3rd year adult nursing student Uloma Paris added. "If you really want to be a good nurse who understands patients, you need to hear the stories of people who are living with disabilities," she said. "I personally think it's something that every national healthcare professional should get involved in."

The Faculty's School of Nursing, Heritage2health and School of Education worked with the Kingston Centre for Independent Living and other partners including with the Royal Borough of Kingston, Story AID, local historian Dr Chris Hutchison and St Philips School in Chessington on a successful Heritage Lottery Fund bid for the project last year.

Jen Kavanagh, Kingston Centre for Independent Living's oral history project manager, praised the quality of the content students had produced. "The students have done a really excellent job on the interviews," she said. "They were really good listeners, and were responsive and sensitive to what people were saying."

Alongside the involvement of the nursing students, the incorporation of their interviews into a module as part of the University's Initial Teacher Education programme had been hugely valuable for student teachers, Dr Paty Paliokosta, senior lecturer in special and inclusive education at Kingston University, explained. "Through this innovative approach, student teachers are developing an awareness and sensitivity to the disability movement and have the opportunity to use their creativity to develop resources which can be really beneficial for local schools and, potentially, beyond," she added.

Through the project, pupils from St Philips School will perform a drama piece they have developed with support from the student nurses and Eli Anderson, Director of StoryAID, a group that provides coaching on storytelling and wellbeing. Their performance will be filmed and made available online in the New Year. In addition, a series of displays will be launched in late November at Kingston Museum, Kingston History Centre and touring at local libraries.