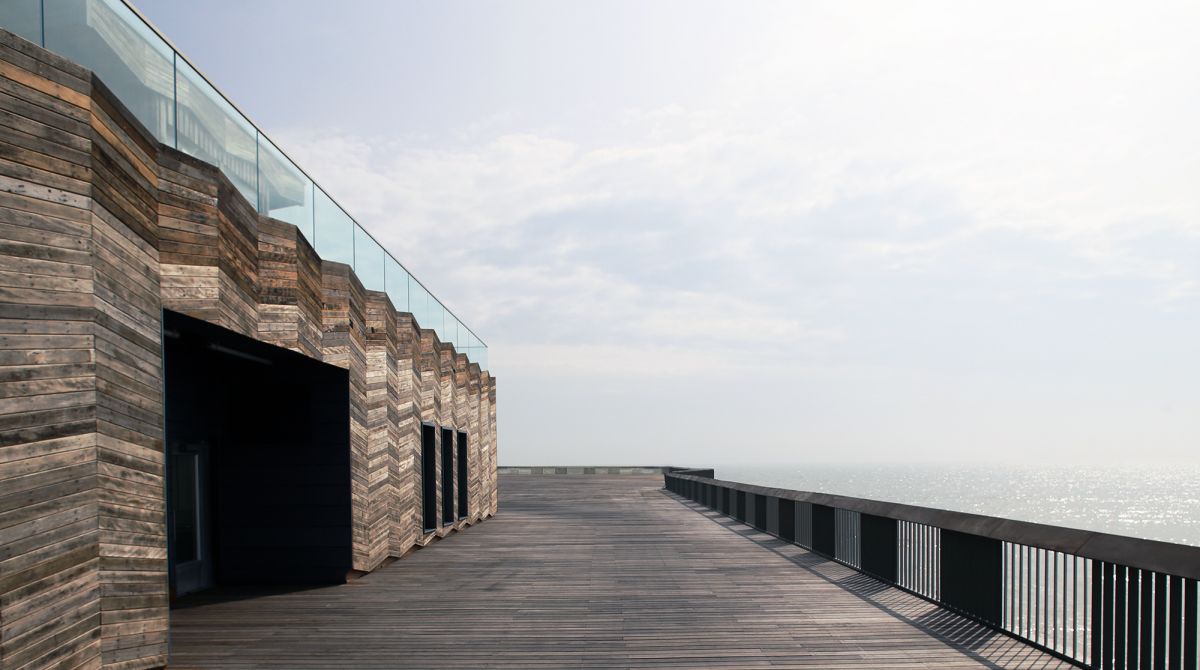 An architecture firm part-founded by Kingston University graduates has received the country's top award for architecture. Sadie Morgan and Philip Marsh are directors of leading studio dRMM which collected this year's Royal Institute of British Architects' (RIBA) Stirling Prize for an innovative renovation project which has set out to redefine the role of the seaside pier for the 21st Century.

The award, given annually to the building making the greatest contribution to the evolution of architecture in that particular year, recognised dRMM for its work redeveloping Hastings Pier which was devastated by fire in 2010.

The project placed the local community at the heart of the renovation of the much-loved structure. "Hastings Pier is unusual in terms of its organisation, funding and construction but, as with all our projects, constraints represent opportunities to achieve something extraordinary," Mr Marsh said. 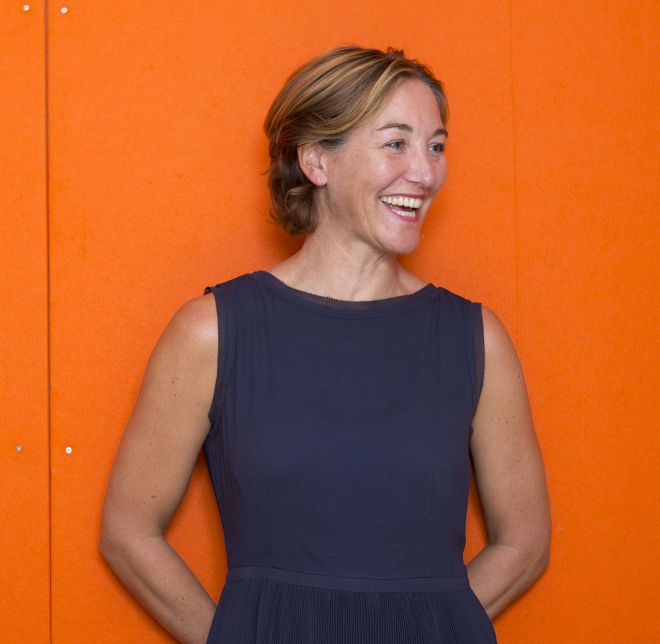 Sadie Morgan - Picture: Agnese SanvitoThe pair studied at what was then known as Kingston Polytechnic, Mr Marsh completed a degree in Interior Design BA(Hons) and later a postgraduate architecture qualification, while Ms Morgan studied Interior Architecture BA(Hons). They formed architecture firm dRMM alongside fellow founding director Alex de Rijke in 1995. The firm was previously nominated for the Stirling Prize in 2010 for its work on Clapham Manor Primary School and in 2016 for Trafalgar Place housing.

Hastings Pier dates back to 1872 and was a popular destination famous for its musical acts. Having been neglected over a period of years it was closed to the public in 2008. After destruction by fire in 2010 it was left in a precarious position with full demolition of the remaining structure a distinct possibility. However, following a compulsory purchase order and a passionate campaign from the local community which crowd-funded £600,000, the project was boosted by Heritage Lottery funding and a search for the architects to design the resurrected structure was launched by RIBA competition.

Having won the competition, dRMM believed that a close dialogue with the local community was essential to the success of the £15m project, which is expected to contribute £1.2 million into the local economy and bring an extra 300,000 visitors to Hastings. 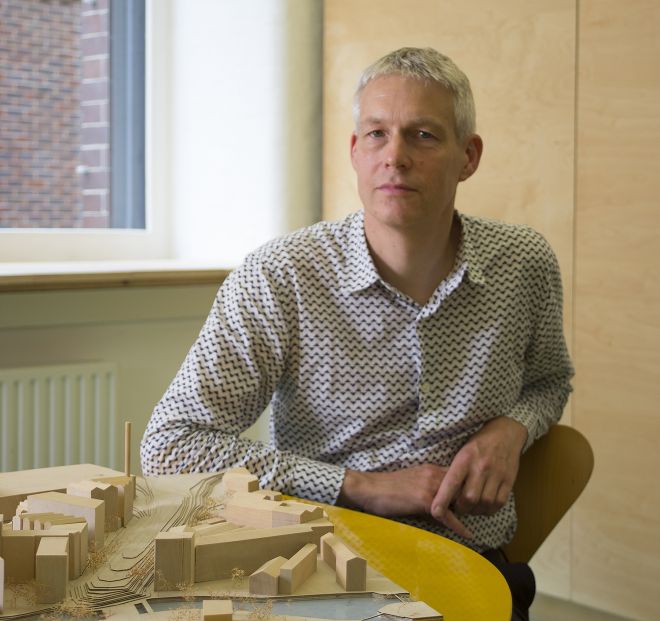 Philip Marsh - Picture: Vivienne LongLooking back to their time at Kingston Polytechnic Ms Morgan and Mr Marsh said their degrees were instrumental in establishing a strong design ethos and that the principles learnt on their Courses were integral to their day to day design philosophy. "We were inspired by our tutors who were all practising designers. We were able to make direct connections between discussions with them in the studio and the projects they were building," Ms Morgan said. "The architecture we create is a function of the brief, the site and its interior. It may seem obvious to value the interior as much as the exterior but this approach is surprising unusual in a purely architectural education."

Professor of architecture Andrew Clancy said the project's public-hearted generosity and careful use of material salvaged from the old pier showed the potential for generosity in architectural practice. "In their tireless work advocating for the project, supporting both fundraising and community engagement, the project shows how architects can be a force for change. This project demonstrates that the ethical dimension of our profession remains instrumental in the making of meaningful work," he said.

The Stirling Prize winners offered some advice for Kingston School of Art's cohort of design and architecture students declaring self-belief, hard work and the pursuit of a dream are important contributors to success. "London is on your door step and is a fabulous playground for architecture and design," Mr Marsh said. "There are so many opportunities in a city that is always in a state of flux, rebuilding and reinventing itself. UK-trained designers and architects are highly valued around the world so there is a myriad of opportunities to take you to any destination you can imagine." 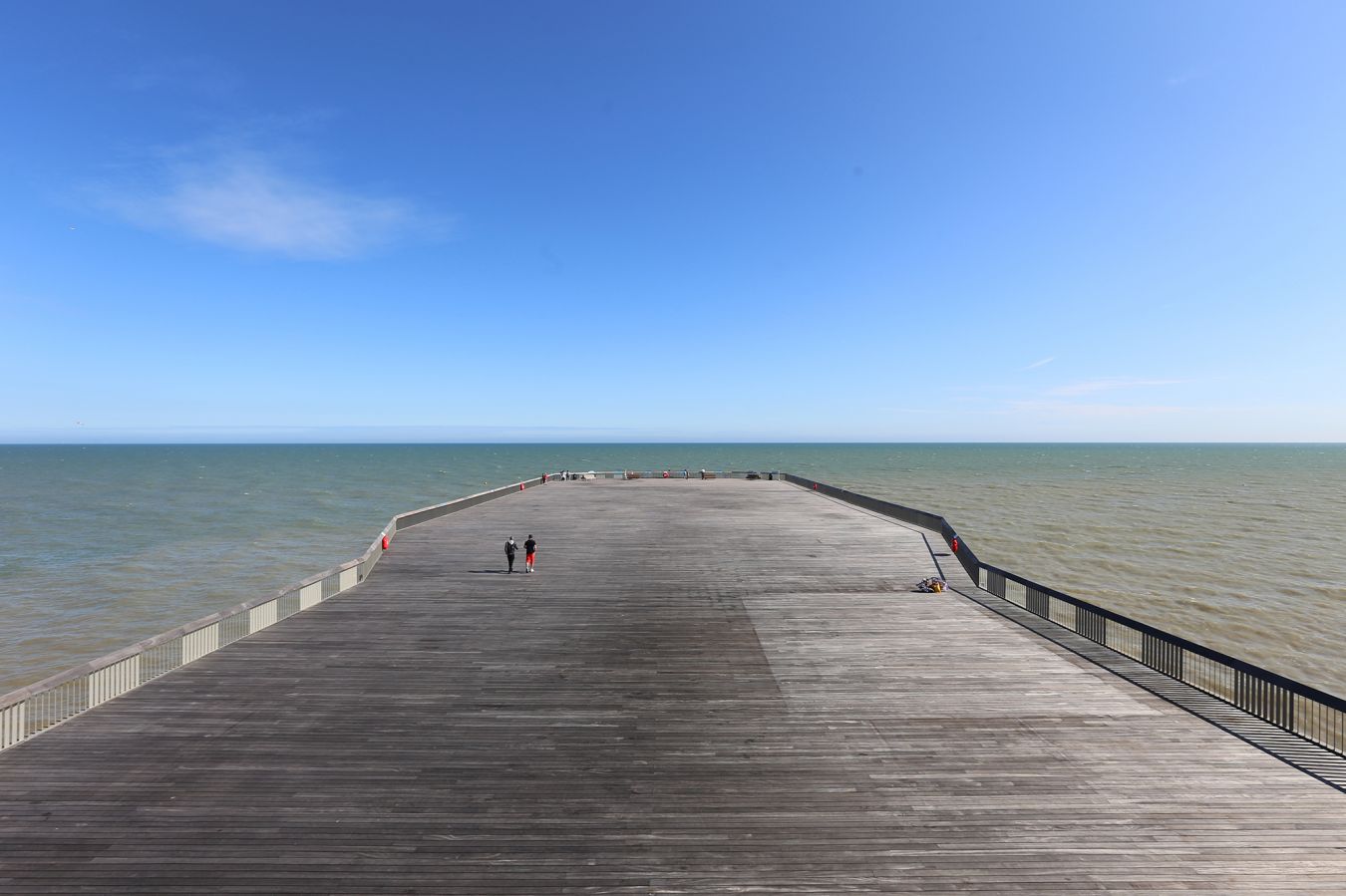