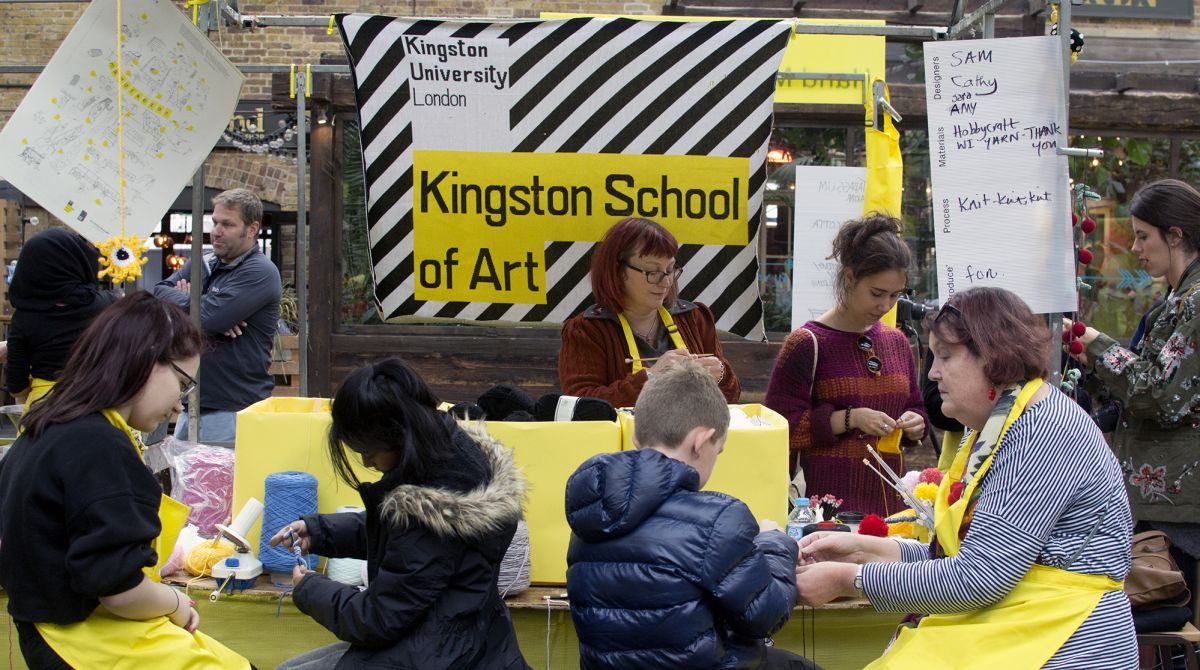 Enterprising Kingston School of Art students, graduates and academics have taken their creative talents in to the heart of the capital, showcasing their design expertise in a pop-up event at London's Old Spitalfields Market. More than 30 stalls offered visitors the opportunity to discuss ideas, take part in a series of workshops and sample a vast array of new products.

Inspired by the surrounding East London community, the activities focused on interactions with the residents and market holders working in and around the market. Called Manufactory, the three day event saw students, graduates and academics transform into market traders to coincide with the London Design Festival. They shared projects, demonstrating their entrepreneurial spirit as well as hosting open workshops, giving visitors the opportunity to get involved.

Design School Director of Enterprise Kieran O'Connor said the event was staged to highlight the School's creative spirit. "We worked in a live, performative way, allowing marketgoers to be at the centre of the making process," he said. "So often people only meet creative work when it's polished and complete - we wanted to spotlight the whole process. From identifying site-specific materials, shaping these with a variety of tools and then offering produce - objects, experiences and insights for a 21st Century market - we replicated the way our school works every day."

One of the challenges the curation team faced was drawing together a diverse range of activities, to tell the story of design at Kingston University in a coherent way. "We gave each participant the same brief - respond to the market, work live at the market and create something of value for the market," Mr O'Connor explained. "That brief bound everyone's creativity together. Some designers found materials, others gathered stories and histories. We even had a community centre where everyone could congregate over a cup of tea."

Illustration Animation graduate Joey Yu was one of the designers documenting the community feel of the event. She spent three days drawing portraits of the people passing through Manufactory.  Her 100 metre-long piece gradually unfurled up and over the market's rafters, becoming a living and growing historical representation of the sights, sounds and people working and visiting Spitalfields during the festival.

"I talked to them, asked a few questions - what they were doing, why they were at the market or where they were from," the 22 year old from Isleworth said. "People loved the fact that their image was captured as part of the banner, creating a modern version of a tapestry."

Third year graphic design student Aoife O'Doherty focused on the stall holders of Spitalfields, collecting their stories and capturing pictures of their wares. "I included snatches of the conversation alongside an image from the market to remind them of the exchange," she said. "It's been such an interesting experience talking to so many people and then recording the moments in art pieces." 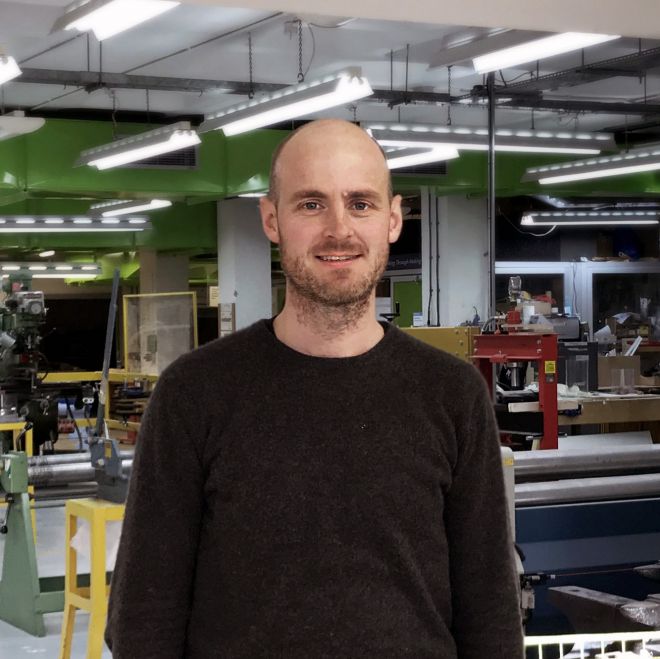 Kieran O'Connor, the design school's director of enterprise, was part of the curation team for ManufactoryKingston School of Art graduates Rob Nicol and Rowan Minkley used the opportunity to promoted their Chip[s]board product, similar to MDF and chipboard, but constructed from biodegradable material. "We take potato skin and turn it into a useable construction material," 23 year old Rob said "At Manufactory we worked with local fish and chip shop Poppies, turning its waste in to a material that can be used to make anything from furniture to event stands or plant pots."

Another project showcased at the market was the Plastic Factory, set up to aid sustainability in fellow Kingston School of Art students' creative works. "Over the summer we built a plastic shredder and an injection moulder," explained Oksana Bondar one of the co-founders alongside Kington University students Ed Houghton and Milo Tonry Brown. "We collect waste plastic, shred it and feed the results into the injection moulder, converting it into beautiful new, recycled objects," the 28 year old originally from Russia explained.

Reflecting on the scale of the event Mr O'Connor said it had established a foundation for further collective showcases for Kingston School of Art. "Our designers have come together to produce an event tailored for the London Design Festival that fully addresses and incorporates its surroundings," he said.

"We have had people knitting, illustrating portraits, constructing new furniture from reclaimed metal and teaching printmaking. Our community of artists demonstrated the strength and relevance of our creativity at Kingston School of Art," he said. 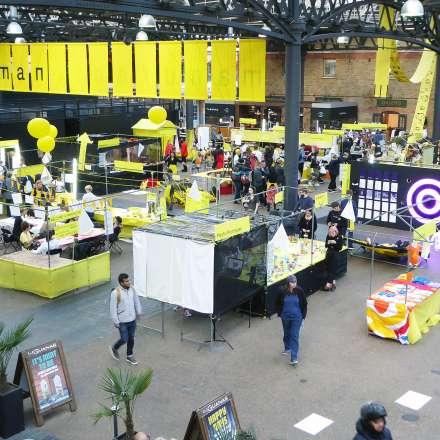 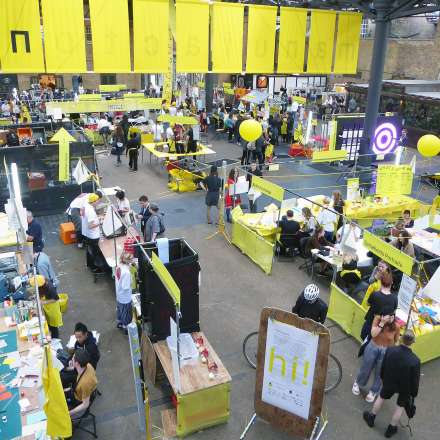 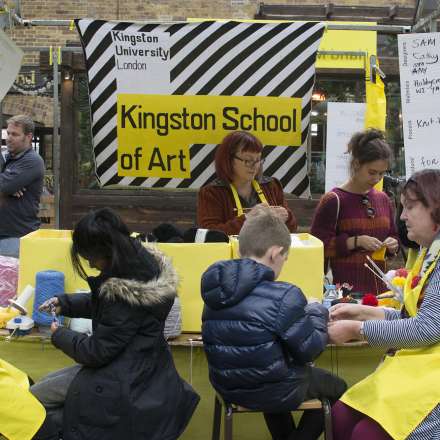 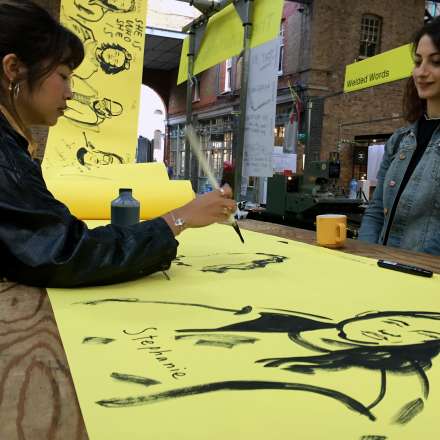 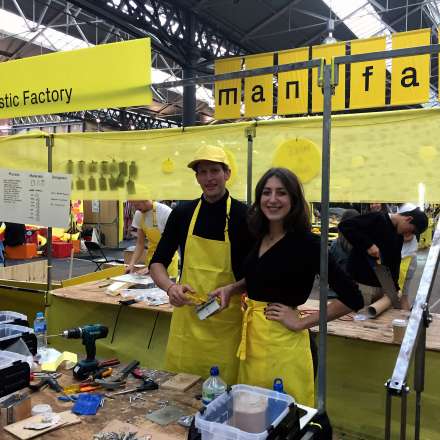 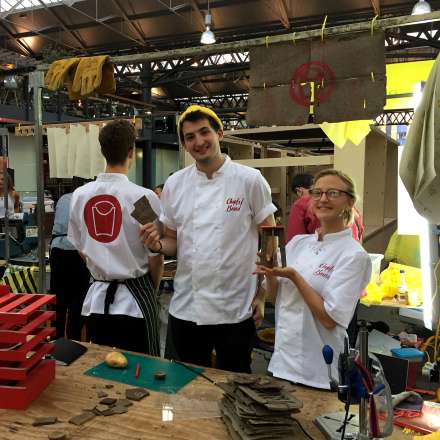 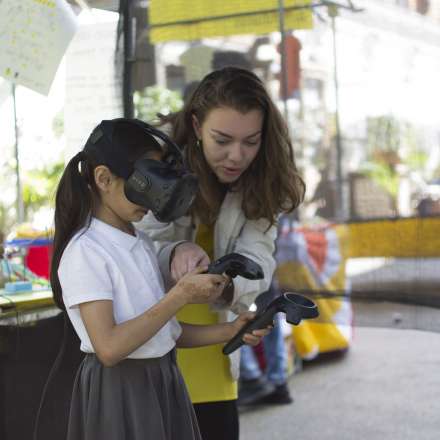 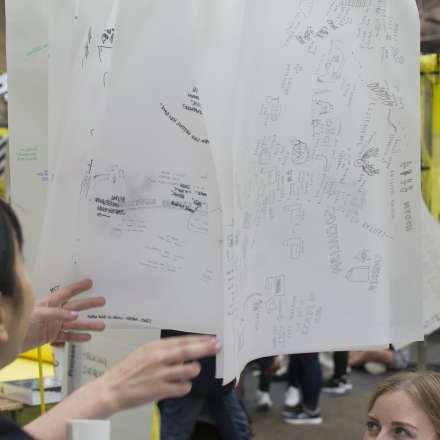 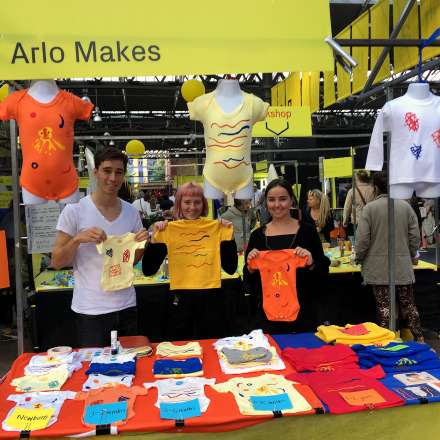 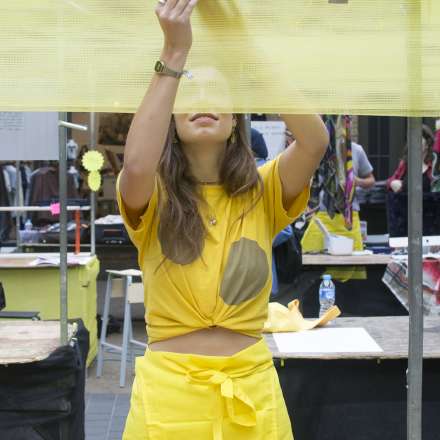 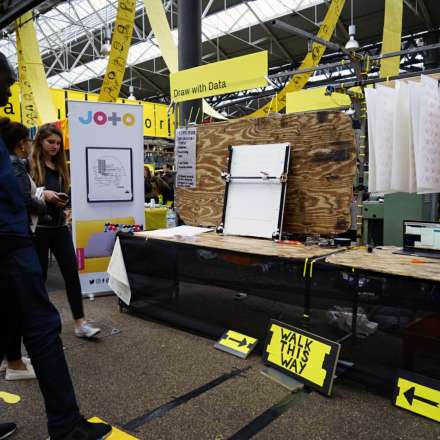 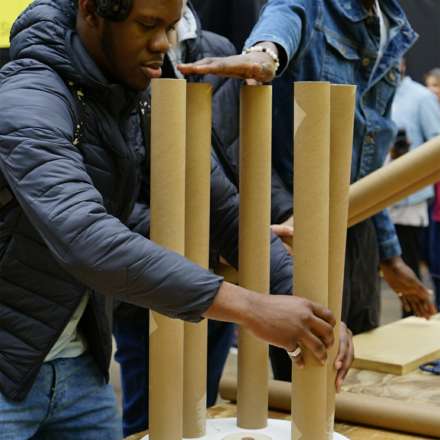 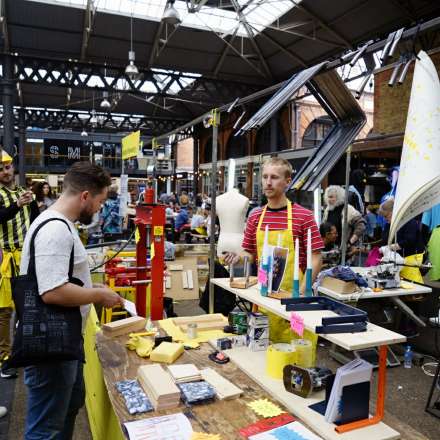 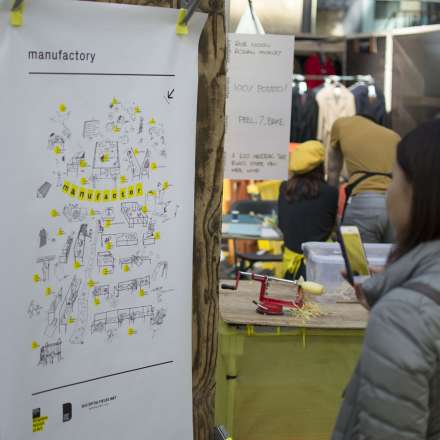 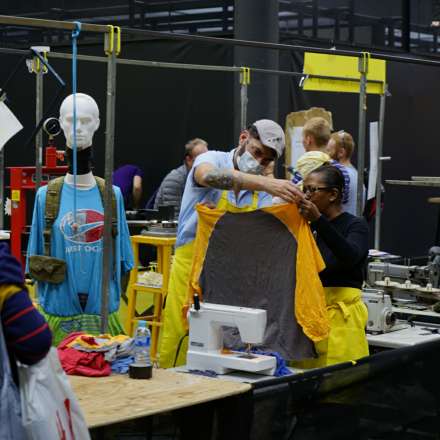 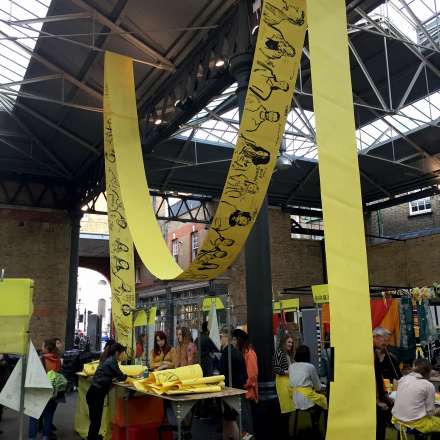