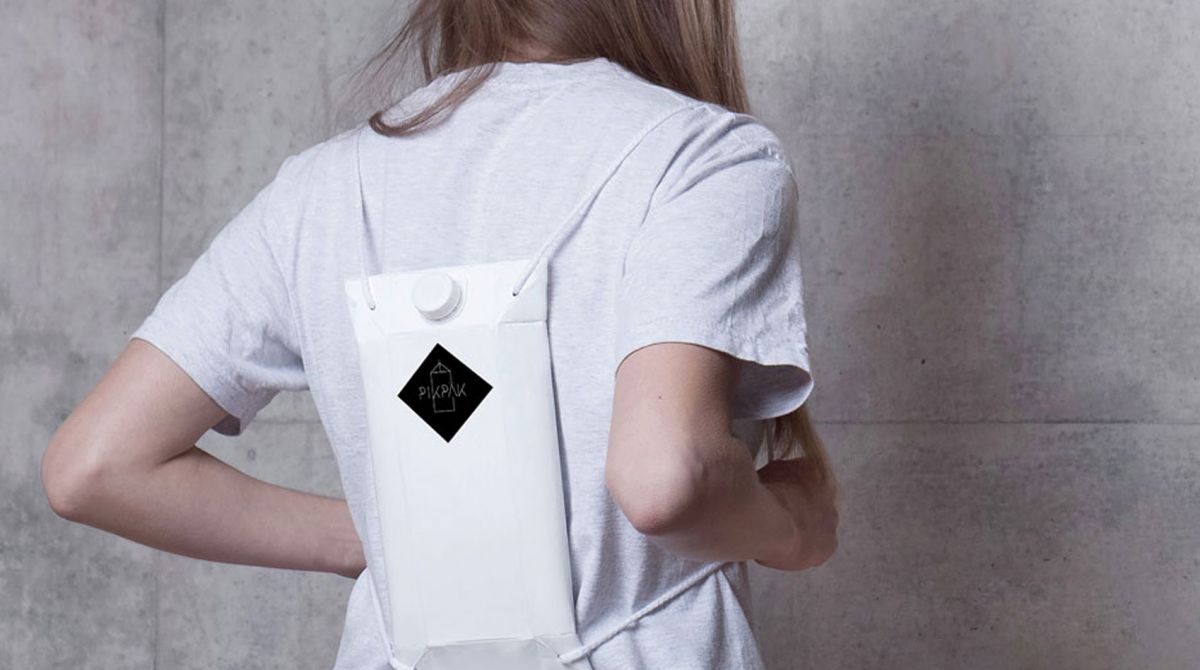 A Kingston University graphic design graduate has been awarded a prestigious Red Dot packaging award for her prototype drinks backpack for festival-goers.

Magdalena Huber's Pikpäk is a handcrafted design made from a recyclable material often used to make Tetra Pak cartons. Specially developed for use at festivals, it makes it easy for revellers to carry their drinks on their backs without having to put them down, while it can also be refilled and locked, ensuring the contents are kept safe.

Created as part of the 26 year old's graphic design masters course at the University's Kingston School of Art, the innovative backpack caught the eye of judges at this year's Red Dot awards, winning the Packaging category of the Red Dot Communication Design Award: Junior Award at the annual gala in Berlin.

Storing almost a litre of liquid, the minimalist Scandinavian-inspired creation came about after the young designer sought to address concerns about drinks being tampered with at festivals.  "It was important to me to design something that could help to secure our drinks – and keep us safe," Magdalena, from Schalchen, Austria, said. "I'm very aware of my personal safety when I'm at gigs with my sister and friends. With the Pikpäk there's no need to put your drink aside at any time." 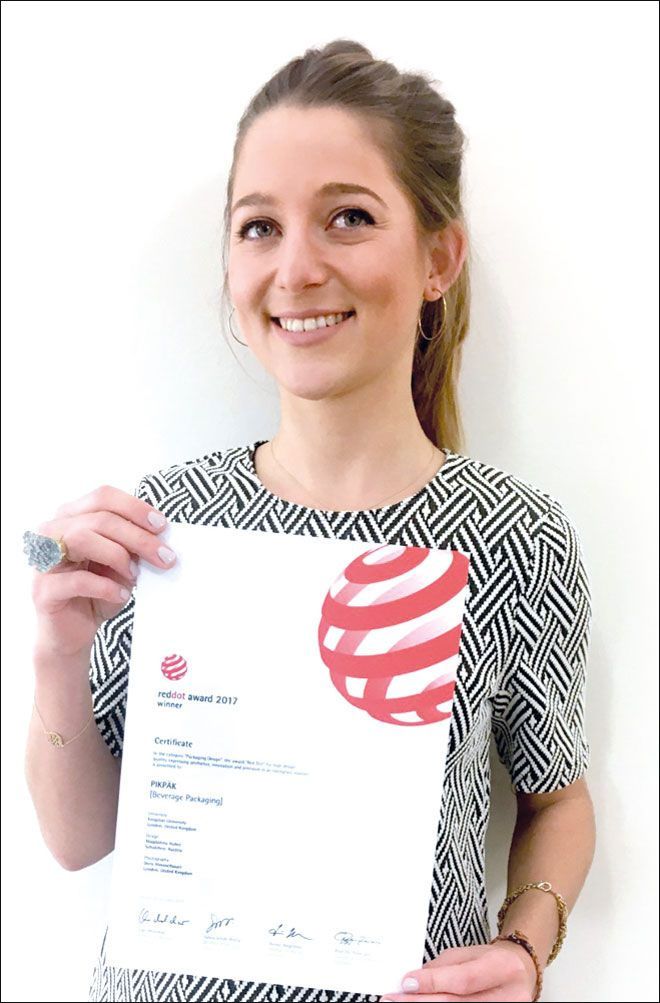 Magdalena Huber won the packaging category of the Red Dot Communication Design Award: Junior Award.The Red Dot award is just the latest in a long line of recognition for Magdalena's Pikpäk. Magdalena won first place in the student category of the 2017 Dieline Awards, which recognises the best talent in consumer product packaging design worldwide, as well as seeing her creation nominated for the JDORAW Award and the German Design Award.

After graduating last summer, Magdalena returned to her native Austria and has now launched her own graphic design studio, Magdalena Huber Design. While she has no current plans to put the Pikpäk into production, the designer was delighted with the recognition her work received. "I‘ve never really done packaging before, and I‘m sure I wouldn‘t have tried something like this if the brief of my course had not asked for it," she said.

"It just shows the importance of being pushed out of your comfort zone, as it turned out to be the best kick-starter to my career that I could possibly ask for. There are so many projects coming in now and some new collaborations in the pipeline that I'm really excited about."

The structure of the MA Communication Design course was what first attracted Magdalena to Kingston University. "I could easily have stayed in Austria, but I felt like the course at Kingston offered the sweet spot between artistic and technical that I was looking for," she added.

"It does have an artistic approach, but there were so many practical tips as well as absolutely incomparable typography knowledge from our tutors."

Magdalena also hailed the University's close proximity to central London as a real benefit to up-and-coming designers. "It was great to live that close to London – it‘s such an inspiring place," she said. "You get the chance to work or intern at one of the amazing design agencies that are all over the capital, and also improve your English skills."

Alongside the experiences gained working and studying near central London, the international flavour of one field trip was another stand out memory from Magdalena's time at the University. "We travelled to Belgium, France, Germany, Denmark, and Switzerland and went to a lot of exhibitions and graphic design studios. It was great to talk to them and hear their success stories," she said. "This was such a key time in developing my perception of what it means to be a designer. Going to exhibitions, traveling and surrounding myself with creative people was a real inspiration."