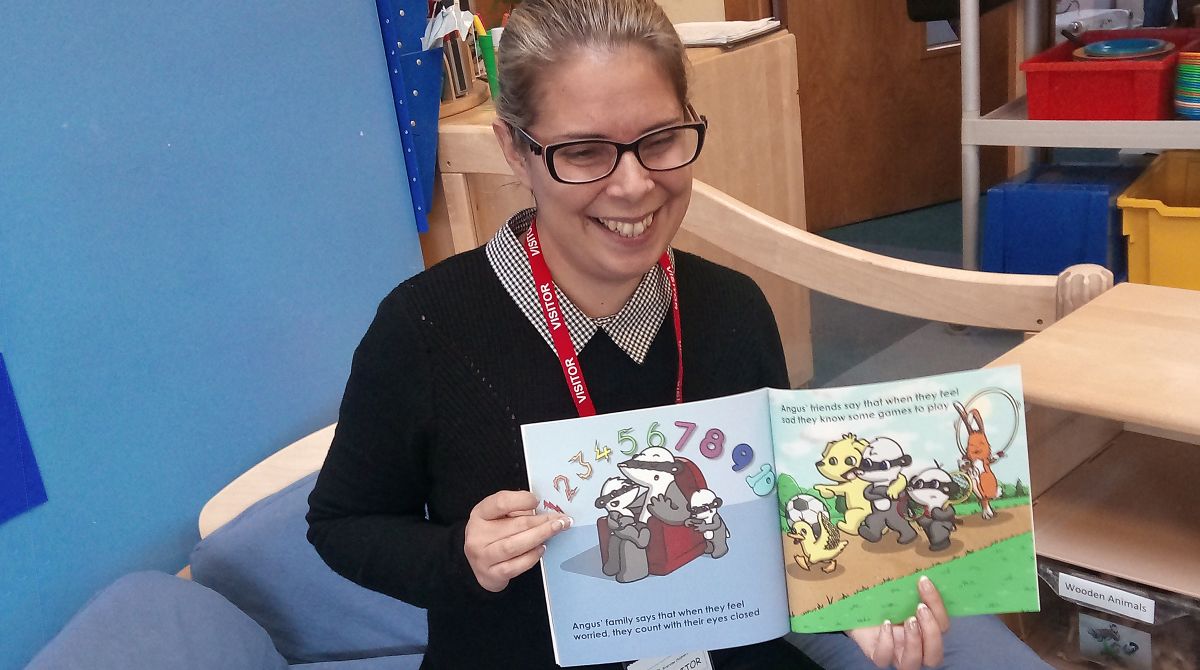 An award-winning Kingston University nursing graduate has drawn on her experience working in schools to create an innovative children's book that helps young people find the right words to express their emotions – assisted by a little badger with a temper.

Katrina Sealey wrote Angry, ANGRY Angus while working in her first graduate role as a school nurse and was recently recognised for the impact she has already made on the profession with the Rising Star accolade at this year's Nursing Times awards.

The illustrated book aims to introduce children to the language they need to express their emotions appropriately from a younger age, the 36 year old from Epsom, Surrey explained.

I've found that teenagers often struggle to tell you how they are feeling and are quick to associate it with something that is wrong – using words like stress, depression or anxiety," she said. "It's almost like they don't have that sophisticated language that you need to be able to say 'when you do this, it makes me feel like this'."

Some of the responses from young children to readings of the book at local libraries had been really eye-opening, according to Katrina, who graduated with a degree in adult nursing in 2015 from the Faculty of Health, Social Care and Education – run jointly by Kingston University and St George's, University of London.

"I asked them to draw a couple of pictures afterwards of a person who is happy and a person who is angry, and when one girl drew the angry person it had spikey, stick fingers," she said. 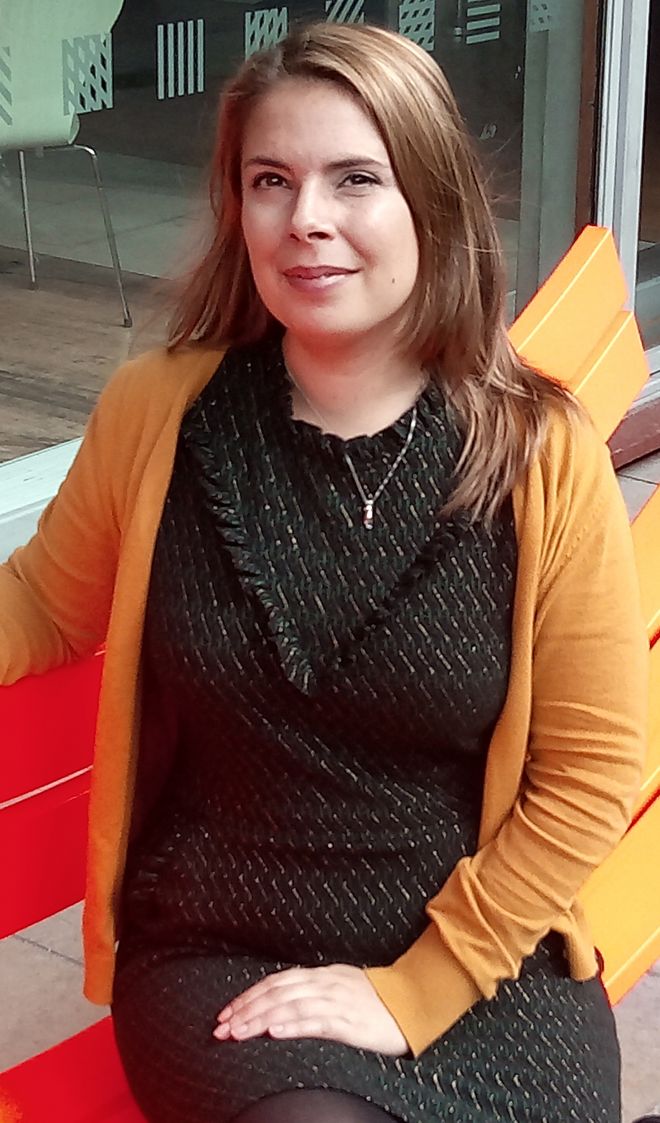 Kingston University graduate Katrina Sealey has been awarded the Nursing Times Rising Star Award."I asked her about it and she said her fingers go spikey when she feels angry. It was so insightful, because even at a young age children really know how being angry feels but they're not given the opportunity to explore how it affects them personally."

Having achieved her band six nurse qualification in just two years – compared to the expected five – Katrina has also managed to fit in studying for a master's degree in Specialist Community Public Health Nursing while working for a social enterprise that provides children and family services across Surrey. Her research has seen her carry out a pilot study on the uptake of vaccines in schools as well as a literature review around asthma, both published in peer-reviewed journals.

The Nursing Times Rising Star award is given to a nurse who has been qualified for less than five years and has already made a notable impact within the health service. Seeing off competition from 12 other finalists, Katrina impressed the judges with her creativity in innovating and reshaping the field she works in, as well as engaging and motivating those around her.

Being passionate about and committed to caring for others was a key part of what made the profession – and those who work in it – special, Katrina said. "I think one thing that really stands out about nursing is that to do the job, you have to be dedicated and passionate about it. I think finding something that you really care about is key to identifying the area of nursing that is right for you."

Katrina is now looking to continue her work focusing on emotional literacy in young children, with the aim of embedding it into the Personal, Social and Health Education (PSHE) area within the national curriculum in schools.

The positive influence the nursing graduate has had on the profession in such a short space of time came as no surprise to Dr Susan Strong, senior lecturer in nursing in the Faculty of Health, Social Care and Education, who nominated her former student for the accolade.

"Even as a student, Katrina has always displayed great leadership skills. She is an exceptionally hard worker and a real inspiration to her peers," Dr Strong said. "The Rising Star award is well-deserved and great recognition for her dedication to nursing, which is shown through her commitment to practice and academic publications, as well as writing a children's book – all so very early on in her career. We are incredibly proud of her."