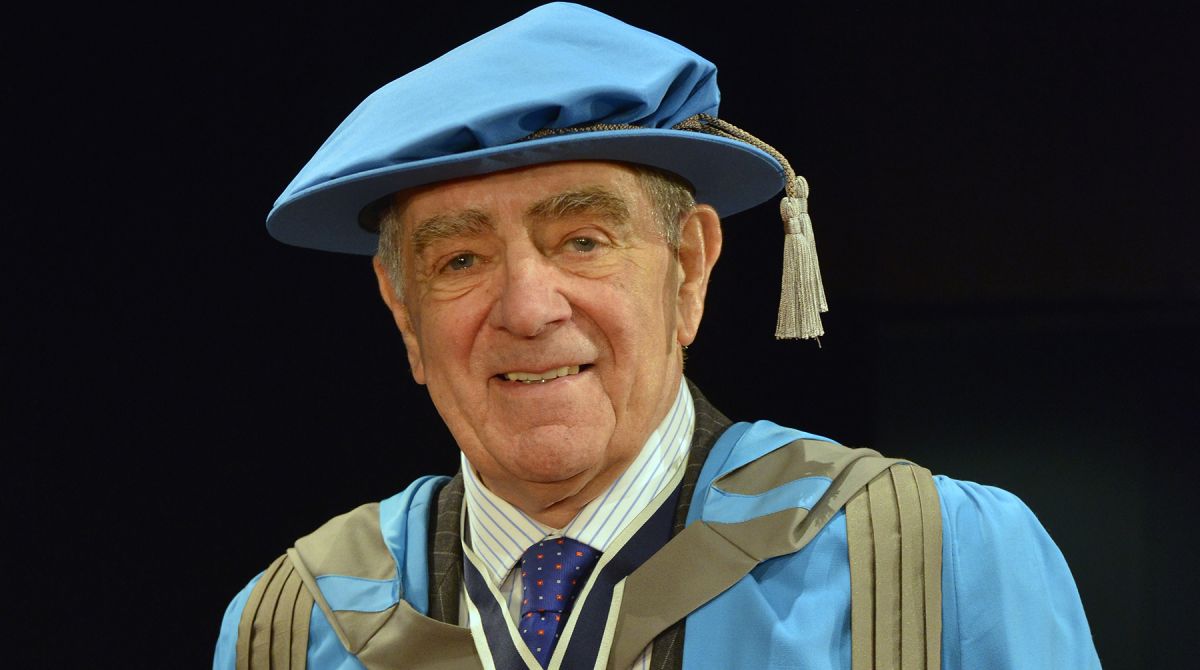 Embracing change and not being afraid of the unknown was the advice given by former army commander, businessman and charity director Colonel Geoffrey Godbold OBE as he was awarded an honorary doctorate from Kingston University.

The long-serving marketing consultancy boss, who took over family business Godbolds Ltd from his father, notably introduced the Kiwi fruit to Europe through an innovative advertising campaign before moving into the voluntary sector later in his career.

He received his award from Professor Anne Boddington, Pro Vice-Chancellor for Research, Business and Innovation, in recognition of his outstanding contribution to the Royal Borough of Kingston and the community.

Addressing graduating business and law students at the borough's Rose Theatre, Colonel Godbold urged them to fight for what makes them happy as they take their first steps into the new careers.

"As future pioneers of the world, always remember that you have the power to be happy if you are prepared to allow change – if you get it wrong you get it wrong, but just keep on going," he said. "If you don't embrace change, then you are not going to realise your potential."

Having run his own advertising agency for more than 30 years – working with clients such as Yves Saint Laurent and the International Motor Show – Colonel Godbold then focused his attention on the not-for-profit and charity sector. He helped develop successful business models at a wide range of organisations including Harefield Hospital, the Treloar Trust and gambling addiction counselling charity GamCare.

A passionate horse rider, he is also currently director of the Horse Rangers, a charity dedicated to helping young people develop life skills through looking after horses. 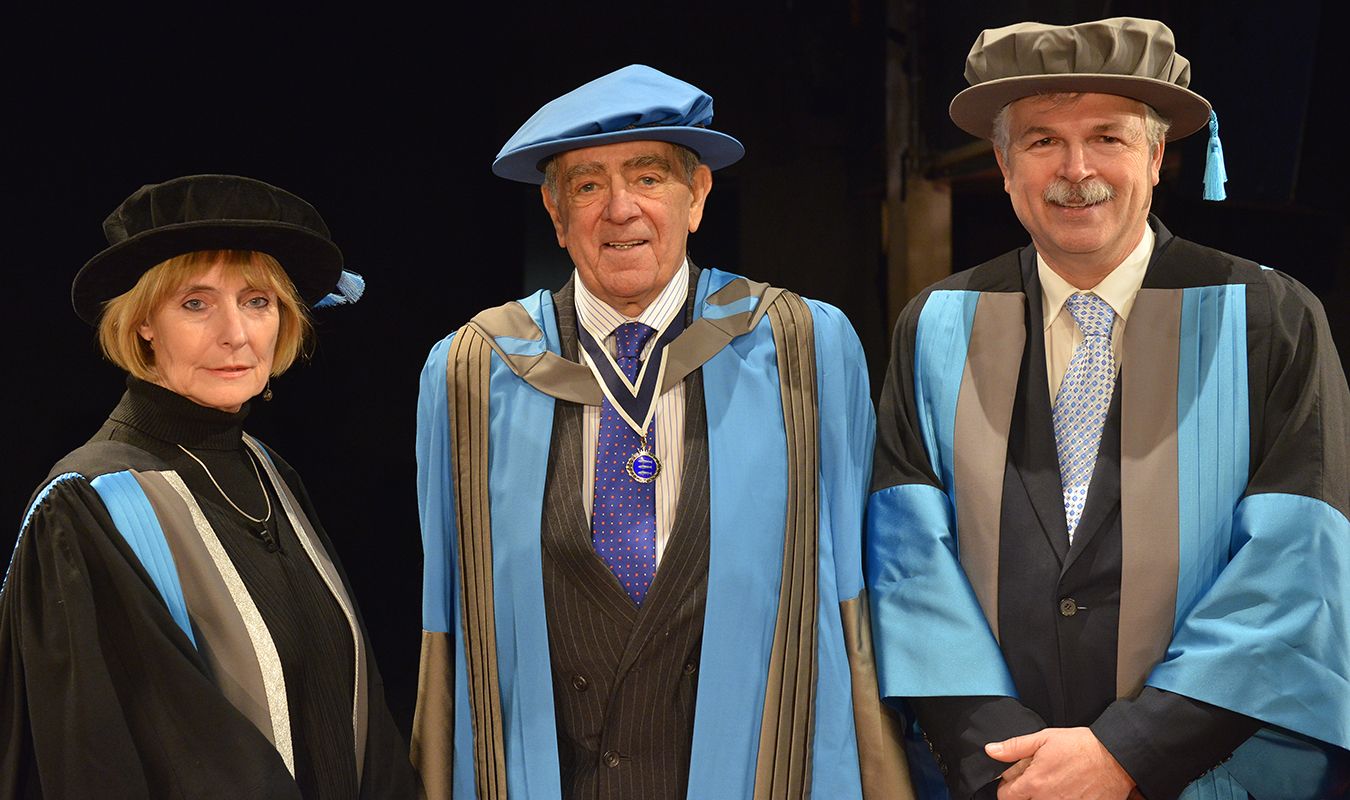 Alongside his business career, the advertising guru spent 40 years serving in the military with the Territorial Army and Reserves, working his way up to senior ranks and became TA Colonel in London, before retiring in 2008 – having been awarded an OBE for his leadership in command.

Explaining how the two passions in his life came together through a desire to join the army while he was taking over the family firm, Colonel Godbold told students that life was about ignoring setbacks to achieve what makes you happy.

Among his more notable achievements, he is widely credited for introducing the Kiwi fruit to the United Kingdom, Europe and Scandinavia, by pitching for the business of an entrepreneurial farmer in New Zealand in the 1970s – an experience he looks back on fondly. "With the opening of the Common Market, I flew to New Zealand to pitch for advertising rights and won a contract based on the idea of providing free samples in supermarkets – something which was almost unheard of in those days," he said.

His long-standing involvement in the community saw him appointed Representative Deputy Lieutenant for the Royal Borough of Kingston-upon-Thames in 2001 and as High Steward of the Royal Borough upon his retirement in November. In these roles he acted as an ambassador for the borough - greeting important visitors, presenting awards and commanding Remembrance services.

Pro Vice-Chancellor for International and Dean of Kingston Business School, Professor Ron Tuninga, said the University was delighted to honour Colonel Godbold for his work in the advertising industry and local community, and that students should take away the lessons of his address into the wider world.

"Colonel Godbold's career in the military and charity sector demonstrates how we can all use our talents to give something back to the world we live in," he said. "It was great to hear the insights of someone who has had such an illustrious and varied career. Our graduates have worked hard to gain their degrees and now have the opportunity to go out into the world and make a positive difference themselves."