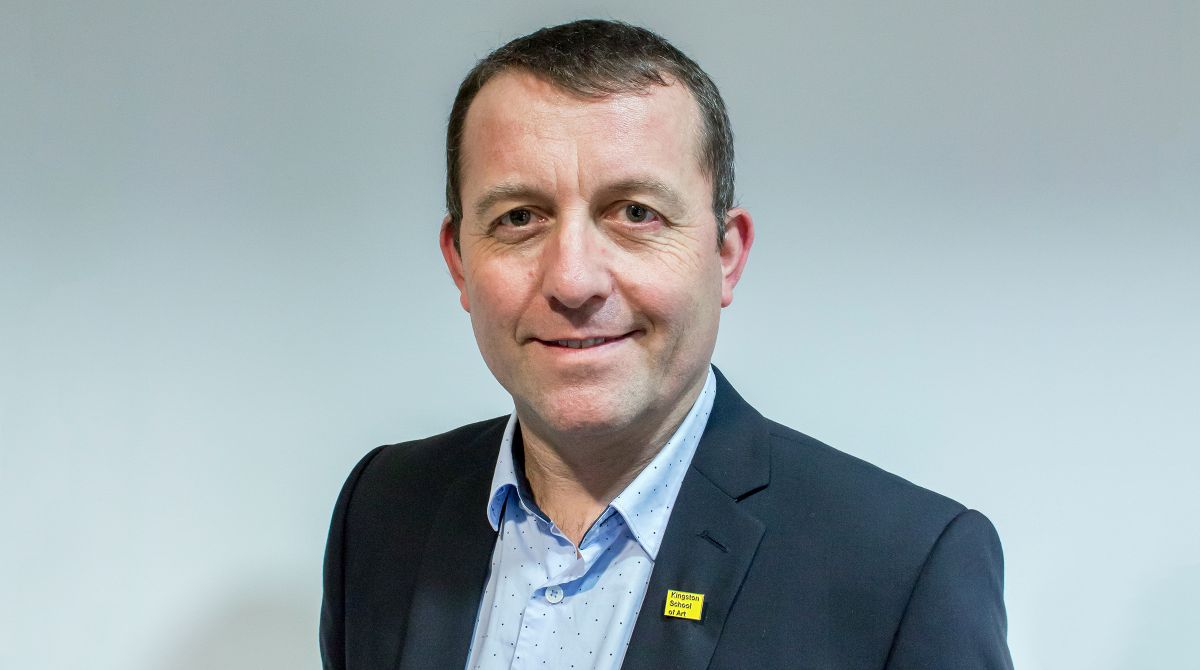 Britain is in danger of becoming a relic of the past after it leaves the European Union unless the creative industries are given the opportunity to play a central role in shaping the country's future, according to the new Dean of Kingston University's Kingston School of Art.

Professor Colin Rhodes highlighted the imagination, energy and entrepreneurialism art and design graduates in the sector bring to the United Kingdom and said that, with Brexit on the horizon, it was more critical than ever that these characteristics were showcased across the world.

"In the debate about Britain in a post-Brexit world, the creative industries must be recognised as a crucial part of our national character - how we're seen in the world and how we operate on the international stage," Professor Rhodes said. "They fuel our ability to be nimble, agile and innovative. These qualities have to be the future of a place, otherwise Britain becomes a sleeping museum that people come to visit to see how things used to be in the old days - and that would be tragic."

Previously Dean of Sydney College of the Arts, Professor Rhodes, originally from Sheffield in Yorkshire, returned from Australia at the start of the year to take up the reins at Kingston School of Art. Having been away from home for 12 years, the writer, artist and educator said he was coming back to the country at an interesting time - highlighting the challenges posed by the strong lobby around Science, Technology, Engineering and Maths (STEM) education.

"When I left for Australia in 2006, the creative industries debate was just reaching maturity. I've come back at a point where that narrative has been somewhat crushed by the focus on STEM. It's still alive, there is still a convincing story, but it has been dented. I think one of the opportunities we in art schools, and in the university sector across the country, have is to try and reinject the debate in a smart way. In doing so we can highlight how the sector fits in to our overall future as a country - and in particular how it contributes to our future economic success."

Professor Rhodes, a leading expert in outsider art, said it remained vital to continue to make the case for creative industries being as important as STEM to the overall health, productivity and success of the nation. And underpinning this was a need to highlight the value of art and design education in nurturing innovation, he argued.

"One of the myths about arts education is that we're a fluffy bunch who give students a nice time for three years and then set them up for a career stacking shelves. Even though I'm caricaturing it, that kind of thinking still exists - and it is rubbish. We train people not just to be artists, designers and architects, we train people to get out there in the world and achieve what they want to," he said.

"We don't make enough of the fact that what we're actually doing is training people through - as well as in - art. We're setting graduates up to have the skills that businesses most value - flexibility, resilience, being able to think outside the box. We're also nurturing innovators and entrepreneurs."

It was unfortunate that in both Australia and the UK, employability tended to be tested over the very short term, in the first six months after leaving university, Professor Rhodes said. Looking at where art and design graduates ended up over the longer term gave a very different picture and highlighted the real value of an art and design degree, he added.

"We produce entrepreneurial people. Art and design students tend to come in to their degrees with a lot of idealism. That idealism takes longer to transform. Often people will leave university after an art and design degree with that desire to do something, to be visible, still intact. While you're trying to achieve that, you may be working in a part-time job unrelated to your degree, but that's giving you space to develop your portfolio, build your experience, and get closer to realising your goals." 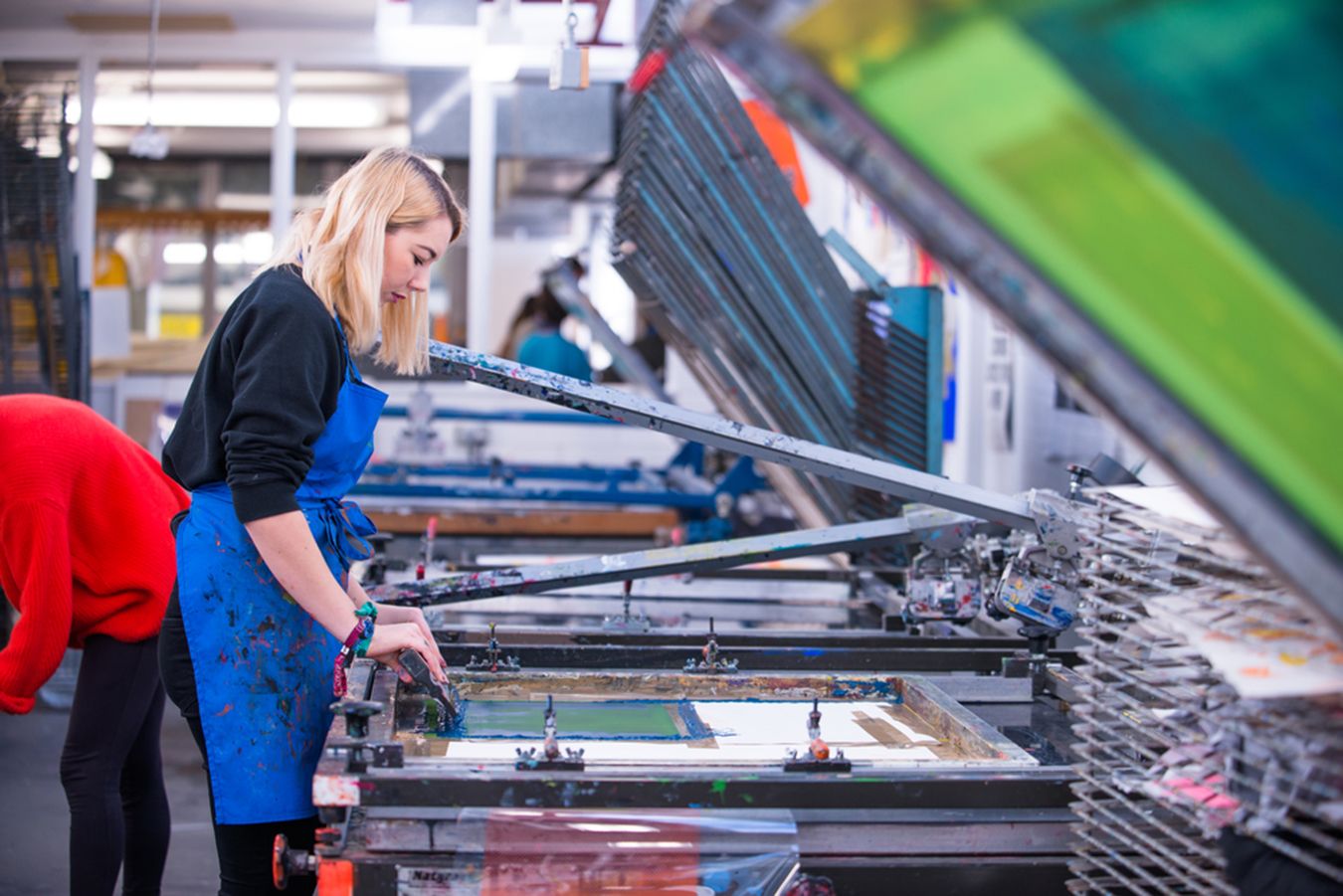 Art and design graduates develop the skills and resilience to drive forward the creative and economic success of the country, according to Dean of Kingston School of Art Professor Colin Rhodes.

For Britain to be a success in the future innovation would be key. A truly innovative society - where there is partnership and sharing of ideas and expertise between the creative industries and science and technology - needs the type of graduates art and design education produces, Professor Rhodes said.

"If we're talking about innovation, we should be talking about hybridity, about how creativity and science and technology should come together to produce an innovative society. If we as creative practitioners and educators lose our input into that narrative we are at risk of ending up with a society that becomes more mechanistic. Art becomes just the cuddly bit on the side that some people are interested in - and I don't believe that is in the best interests of anyone."

Speaking of his move to Kingston School of Art, Professor Rhodes said there were two major things that lured him away from Australia to join the faculty, which has recently readopted its original name.

"Kingston School of Art has a great reputation as one of the country's leading arts education establishments - and I want to continue to help build that and make it a place that everybody, even outside the art and design community, is familiar with," Professor Rhodes said. "It also has a wonderful breadth in its portfolio. It's a dream as it really is a comprehensive art school. It has this great swathe and feel to its activities - and having architecture and interiors as part of the art school portfolio really polishes it off into something that has great possibilities."