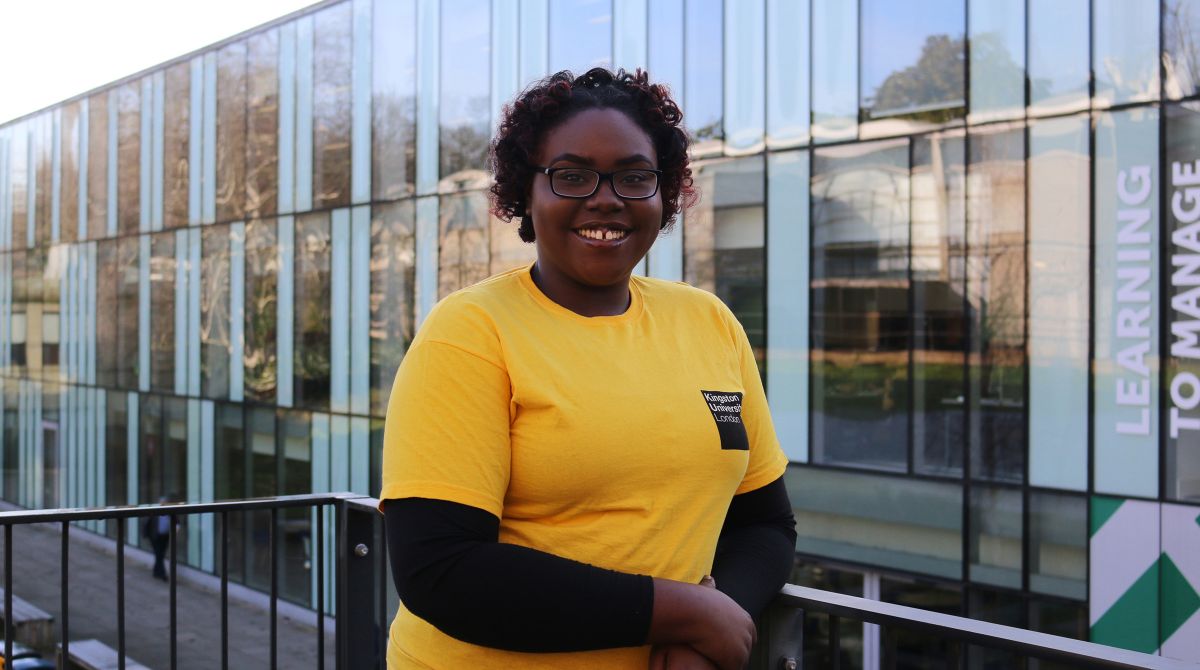 A Kingston University law student who is helping children in her home country of Saint Lucia overcome barriers to education has been recognised as one of the Commonwealth's new crop of young leaders.

Faustina Edward, who moved to the United Kingdom to start her LLB(Hons) degree last summer, set about revitalising an after-school assistance programme for secondary pupils in Anse-la-Raye, a fishing village on the Caribbean island, while studying at college.

Delivered entirely by volunteers, it provides young people from disadvantaged backgrounds with one-to-one help with their homework, extra tutoring and access to technology they may not have at home.

The 21 year old's efforts have now seen her named a highly commended runner up in this year's Queen's Young Leader Awards. Launched to mark the Diamond Jubilee in 2012, the awards celebrate men and women under 30 making a difference across the 53 countries of the Commonwealth.

Having benefitted from a previous incarnation of the after school programme herself as a child, Faustina spoke of the impact such schemes can have – ensuring all young people get the same opportunities to succeed, no matter their background.

"Education is vital and it's so important to recognise that good grades are not dependant only on the child – a huge part of it is to do with their circumstances," she said. "For example, if a brilliant student doesn't have access to the internet, how can they do their work to the same standard as someone who does and get as good a grade?

"When you're teaching someone something new or helping them with something they have difficulty with and you see the light go on in their head because they finally get it, it just makes my heart feel so full."

Faustina's community-focused effort began at the age of 15 when she joined not-for-profit youth organisation the Youth on Fire Movement, moving up to public relations officer and secretary before becoming president in 2016. As well as revamping the organisation's after school programme – which included expanding it to primary school children – she also organised a free annual medical clinic to support older people in the village. 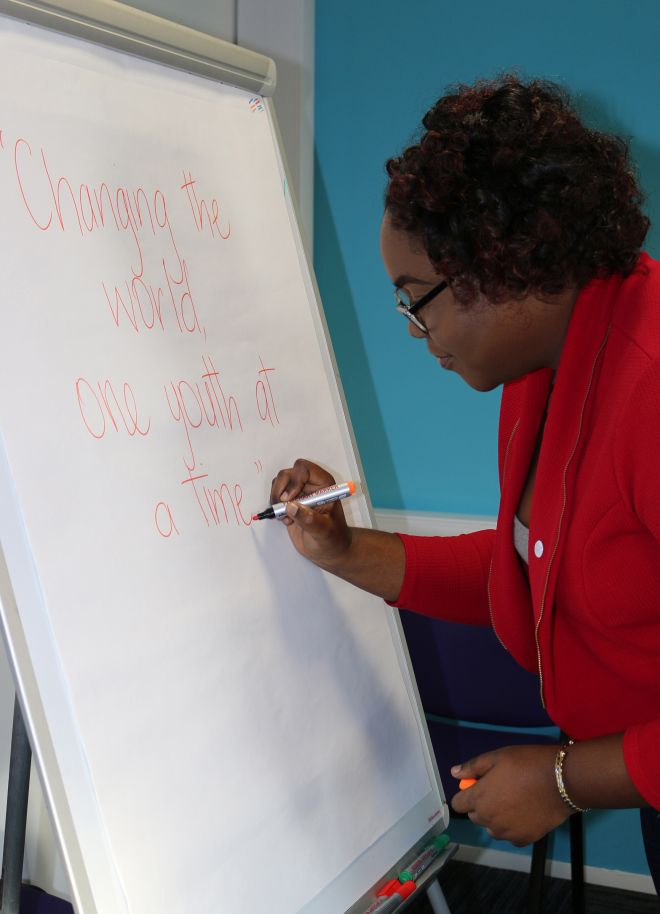 "Volunteering with the Youth on Fire Movement really helped me grow – I learned how to interact with people as well as what makes a young person develop and prosper," she said.

"Everywhere I go I feel like I want to leave my mark and being a student ambassador at Kingston helps me reach out to a lot of students, especially being an international student myself. I feel my purpose in life is to help people, through volunteering and hopefully becoming a lawyer in the future."

Having already gained some experience in the profession before moving to the United Kingdom, Faustina said she was now enjoying learning about the theory that underpins the practice.

"Between college and university I was working as a legal secretary, where I was taught what to do and how to do it – but now being in class I am discovering the reasoning behind it, which is fascinating," she said.

Those recognised through the Queen's Young Leaders programme are enrolled onto a year-long intensive online course called Leading Change – designed by the Institute of Continuing Education at the University of Cambridge – which focuses on developing the confidence and skills to help inspire the next generation.

After completing the course, Faustina will become an Associate Fellow of the Royal Commonwealth Society. The network of young people offers opportunities and resources in reward for a commitment to improving the lives of citizens of the Commonwealth – something the law student is looking forward to taking advantage of.

"I can't wait to start building global networks that can help grow my projects and in turn help develop existing schemes in other countries," she said. "I'm really interested in learning about what works and doesn't work for other leaders and I look forward to helping other communities set up similar schemes to help young people succeed."

The recognition for Faustina's efforts through the awards was a testament to the commitment and dedication she has shown in both her academic studies and in helping others, according to Kingston University law lecturer Dr Gauri Sinha.

"Faustina is very driven and extremely focused – she knows exactly what she wants to do which is a great quality to have as a first-year student, especially in the field of law," she said. "You can tell that she genuinely cares about the work she undertakes both inside and outside of the classroom – I am confident she will go on to achieve great things."