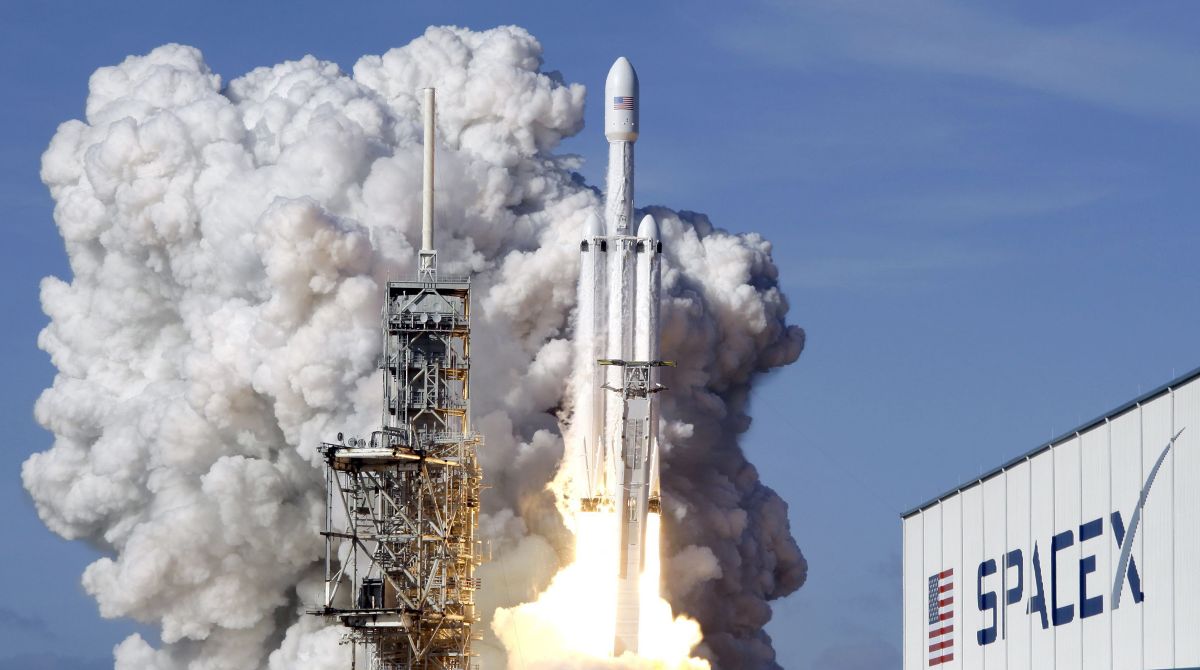 The successful first launch of SpaceX's Falcon Heavy will not only usher in a new era of space exploration – it will open the door to a world of possibilities for improving life back on Earth, according to a leading rocket expert from Kingston University.

Senior lecturer in astronautics Dr Adam Baker said the surreal image of a Tesla car and its 'Starman' passenger being blasted towards the Red Planet from the launch pad at the Kennedy Space Centre in Cape Canaveral, Florida, was a great way of bringing space to the masses.

But what billionaire entrepreneur and SpaceX founder Elon Musk had really achieved with the February 6 launch was something much more important – successfully testing an almost fully reusable rocket system that significantly reduces the cost of lifting vast payloads into orbit.

"The sight of the most powerful rocket in the world lifting off successfully and then landing two of its booster stages at the same time was really amazing," Dr Baker said. "But much more exciting than sending something to Mars – fun though that is – is what this means for enabling a whole host of benefits to the human race just by being able to put things into space more cheaply."

The introduction of a rocket that can carry heavy payloads into space at a fraction of the previous cost – through being able to recover and reuse the three lower stages – had wide-ranging implications for improving people's lives across the globe, the rocket expert said. 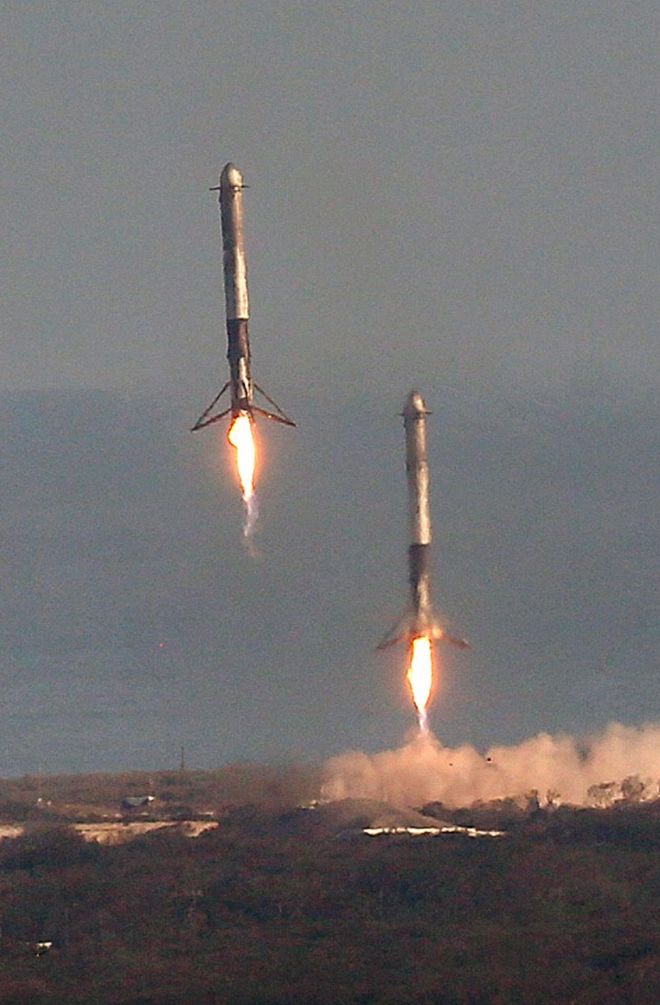 Two Falcon boosters come back to land at Cape Canaveral. The fact SpaceX's new rocket can be reused could be game-changing, according to Dr Adam Baker. Image: Orlando Sentinel/TNS/Sipa USA/REX/Shutterstock."What makes the biggest difference to the world we live in today is putting satellites into orbit above our heads that can take pictures, allow us to communicate better, help us navigate and track shipping and monitor things like climate change. Getting things in to space is very expensive, and this rocket might reduce the costs by 80 per cent, which is an enormous decrease."

Cheaper rocket launches could enable more satellites to be sent into orbit together, cutting the costs and making space services more widely applicable – and in the longer term, it could even help solve the world's energy problems, according to Dr Baker.

"There's almost limitless energy coming out of the sun in space but it's far too expensive to put large solar panels up there and beam energy down," he said. "But if we can reduce the costs, we could see a future that includes giant solar power stations in space. We could also build bigger cheaper space stations to let more people spend time understanding what it's really like to live there."

The SpaceX launch could also have implications for the work being carried out at Kingston University's rocket propulsion laboratory, based at the Roehampton Vale campus.

"What we're working towards in the University's rocket lab is building low cost rocket engines – perhaps ultimately ones that can be retrieved and reused. We're trying to bring a bit of the magic taking place over in the United States to the United Kingdom," Dr Baker said.

"We're a world leader at building small satellites in this country, but what we don't have is the means of launching them. Over the next few years the UK is looking to build and launch its own rockets and hopefully what's happening in the Kingston University lab is contributing to that long-term plan.

"The space industry here is growing very successfully but it's got a huge shortage of skilled staff, so we're trying to train not just rocket engineers but the space engineers of the future who can build the satellites and launch systems, control the satellites from the ground and use that data to bring benefits to everyone."