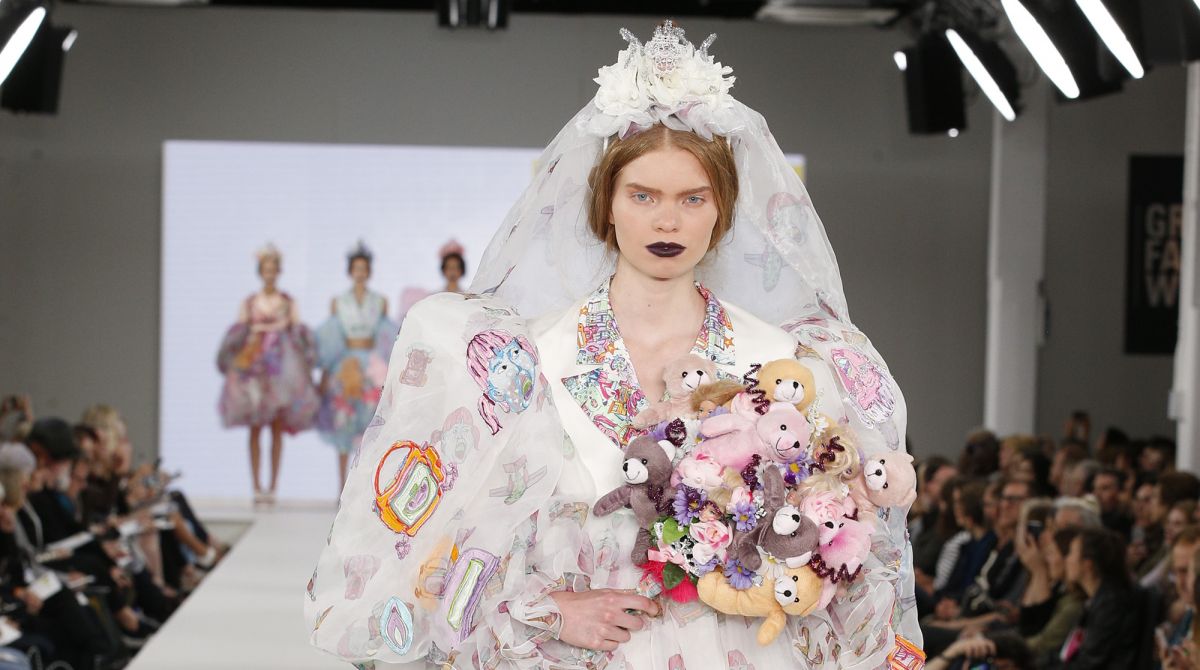 Graduate Fashion Week took a trip to the United States last month to highlight 27 years' work with fashion's next generation – with Kingston School of Art BA(Hons) Fashion graduate Kate Clark's collection whisked off to New York for the occasion. 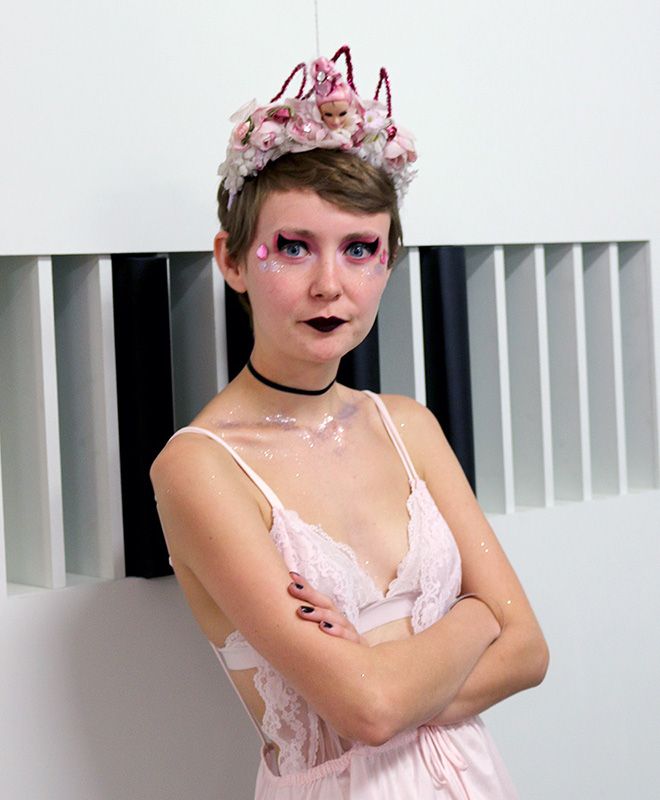 Fashion BA(Hons) graduate Kate Clark is currently working at major fashion label Chanel's Paris headquarters.Kate, whose striking final year womenswear range featured embroidered dresses with oversized sleeves that conjure up ideas of fantasy princesses, said she had been overwhelmed by the opportunity to have her garments represent the United Kingdom on the international stage. "It's particularly special having worked for the Graduate Fashion Week and Fashion Scout teams in the past as an intern," she said. "I've gone full circle from being the person putting someone's work on a mannequin to my clothes being the ones they want."

Each year Kingston University's show is one of the most hotly anticipated at Graduate Fashion Week. Award-winners include Caoimhe Savage, who carried off the prestigious menswear prize in 2016 for her colourful military-inspired collection.

Looking back on her own graduate collection, which included dresses adorned with pastel pink, green and purple toy motifs, Kate said it had reflected her feelings at the time. "It touched on the fear of finishing university, becoming an adult, leaving home and of holding on to this magical world from my dreams," she explained. "I think the collection helped me to grow up while also allowing me to explore the final tug of my imaginary world before I had to step in to reality."

Following her graduation in the summer, the 22 year old's new reality is a position at Chanel's Paris headquarters. She received the email from the international fashion house while in the Kingston School of Art library preparing her portfolio ahead of applying for jobs.

The young designer is currently busy getting used to leaving university and entering the world of work. "In the final year of your degree you're embracing this very self-indulgent thing where it's all about you and what you want," she admitted. "To go from that to working for someone else does take adjustment. Luckily because Chanel is one of the top houses globally there is still a lot of creative freedom." 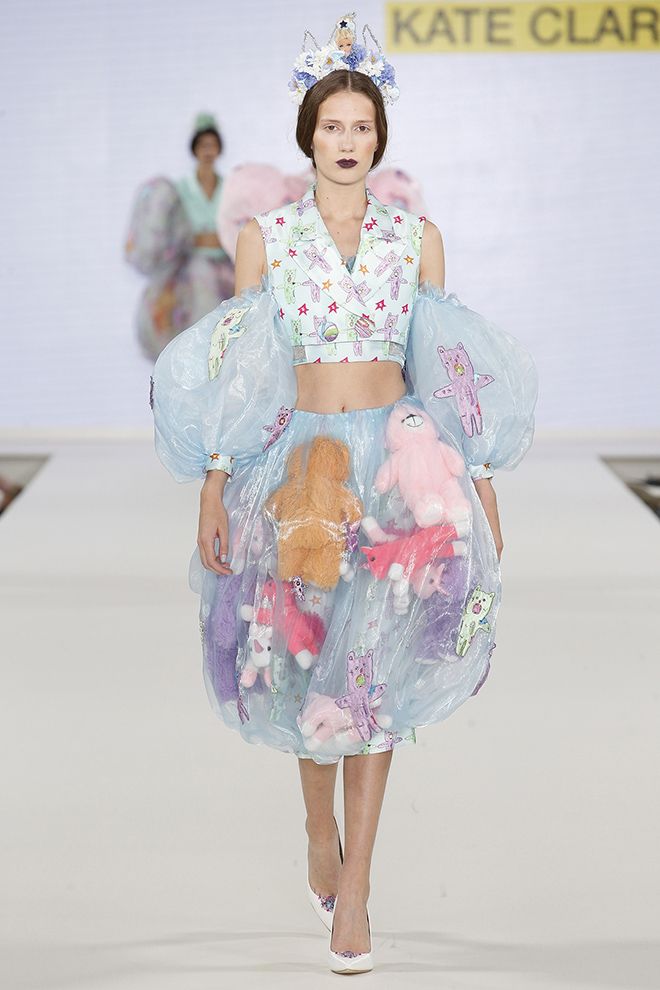 Kate's collection looked back to her childhood – using colourful toys as a motif throughout her work.Kate's current role, which she said was very experimental, involves colouring, painting, dyeing and sewing. "It's quite messy and playful," she explained. "No two days are ever the same and things move quickly as seasons work roughly two a two-month cycle on average. We create textiles to a theme given by Karl Lagerfeld – the head creative director at Chanel – so this is the busy period. We then turn the samples in to real fabrics with our suppliers in time for them to arrive at Chanel so the collections can start to be made."

She had seen three seasons since starting at the company last September, Kate said, as the process from research to the final garments and show took a little less than two months and then began again for the next season.

Kate is living in the city of love and her work has travelled to the Big Apple for Graduate Fashion Week, but she sees herself back in the capital in the future. "In the next five years I want to have returned to London and hopefully be working in print design for a high-end label," she said. "I don't think anything can compete with the life and vibrancy of London."

Associate Professor Elinor Renfrew said Kate was an excellent example of the calibre of the University's fashion students. "They acquire extensive industry experience while they study here and are some of the most talented and employable designers in the UK by the time they graduate," she said. "The quality of Kate's work, coupled with her personal drive and enthusiasm, meant she was always destined for great things. I remember interviewing her from her foundation course and I knew then that with her unique style and effervescent personality she would go far."