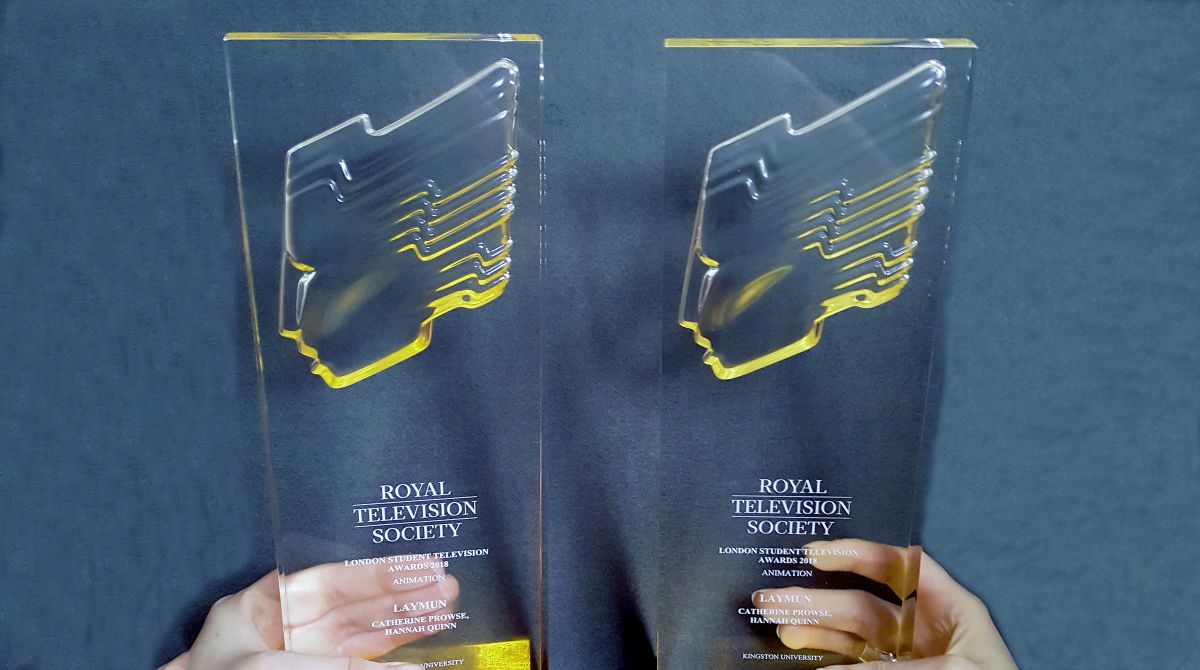 Held at ITV's studios in central London, the annual event celebrates top young creative talents from across the capital who display outstanding visual and aural creativity, innovation, initiative and story-telling.

At this year's ceremony, Catherine Prowse and Hannah Quinn picked up the Best Animation award for Laymun, which depicts the lives of residents of Aleppo in war-torn Syria, while Martha Halliday and Hannah McNally took home the Short Feature award for their film Mm-hmm - which gives an intimate portrayal of the relationship between a mother and her autistic son.

Billy Huntington's film Handbook for a Happy Scout was also shortlisted in the Best Animation category at the RTS regional awards. All five graduated from the University last summer.

Explaining the inspiration behind the experimental animation Laymun, Catherine Prowse, from East London, told how their work was inspired by a documentary about one of the final garden centres left standing in Syria.

"Local people visiting the garden centre bought flowers to plant on a roundabout that had been bombed," the 27 year old said. "It was an act of resistance but also one of pride. They were making it obvious that their homes were worth keeping beautiful despite everything that was going on. We were inspired by the idea of something growing in a war zone."

The pair used rotascoping, a technique which saw the animators painstakingly trace over each frame of the film to produce a hand-made aesthetic - with a shot of a lemon being sliced taking four days to produce. To create an atmosphere matching the volatility of the current crisis in Aleppo, Catherine and Hannah distressed the paper by hand, crumpling it to form what the judges described as a "fragile and spontaneous" animation.

One of the aims of the animation was to portray the vulnerability of the situation, but also to demonstrate truth in the storytelling and not romanticise the narrative, Catherine added. "We feel that beautifully made things are really good at telling stories. A lot of paper cut animation is very slick, almost digital looking.

"It was a conscious decision to make everything fragile, breakable and a bit unstable - as if it could all fall apart at any moment."

Martha Halliday and Hannah McNally's film Mm-hmm was animated from within the imagined world of a son with autism, creating a layered narrative in which the mother imagines what might happen as they grow older and caring for her child becomes increasingly difficult.

Having already been recognised with the coveted D&AD Black Pencil for their work last year, the young designers have also received plaudits from across the autistic support community.

Speaking about the win, Martha said they were excited their message was being heard by new audiences as they embark on their budding careers in the industry. "We didn't expect the success and hope to continue making films that can make a difference to people's understanding and perspective," the 23 year old from York said. "In the future we hope to make more films in the animated documentary genre - it's a great means of telling stories and communicating important messages in a creative way."

Julie Ardrey, chair of this year's RTS London Student Awards, said autism would be a challenging subject to convey in an hour long documentary, but their film managed to do so much with emotion, style, sensitivity and clarity in just over two minutes "It's a personal film, which perfectly captures the desperation of the mother, and moved some jury members to tears," she said.

Alongside the student BAFTAs, the RTS awards were among the most prestigious accolades for up-and-coming designers, Illustration Animation BA(Hons) course leader Rachel Gannon, who accompanied the graduates to the ceremony, explained. "These awards are as good as it gets for students in media, so to have five of our recent graduates recognised at this year's awards is fantastic.

"We focus on visual storytelling within the course, we are seeing online content providers increasingly using moving image as a short, sharp way of grabbing people's attention to explain things to them.

"Whether in the form of a news story or selling a product or idea, it is becoming more and more prevalent and animation is the perfect medium to communicate those messages," she said.

The winning animations will now go through to a nationwide final where they will compete with other regional winners at a ceremony in June. 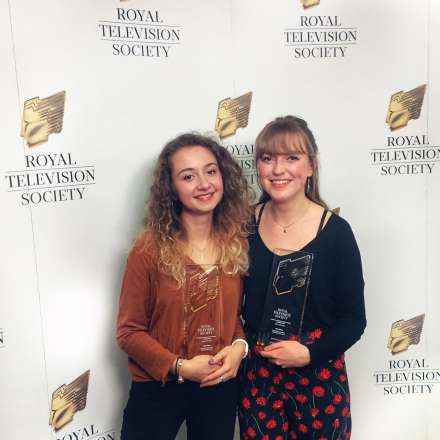 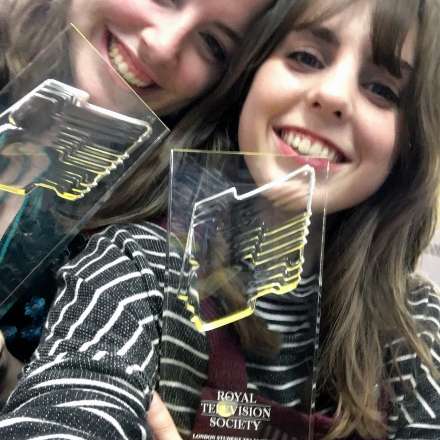 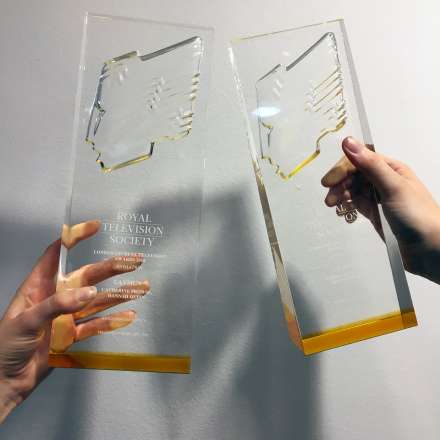