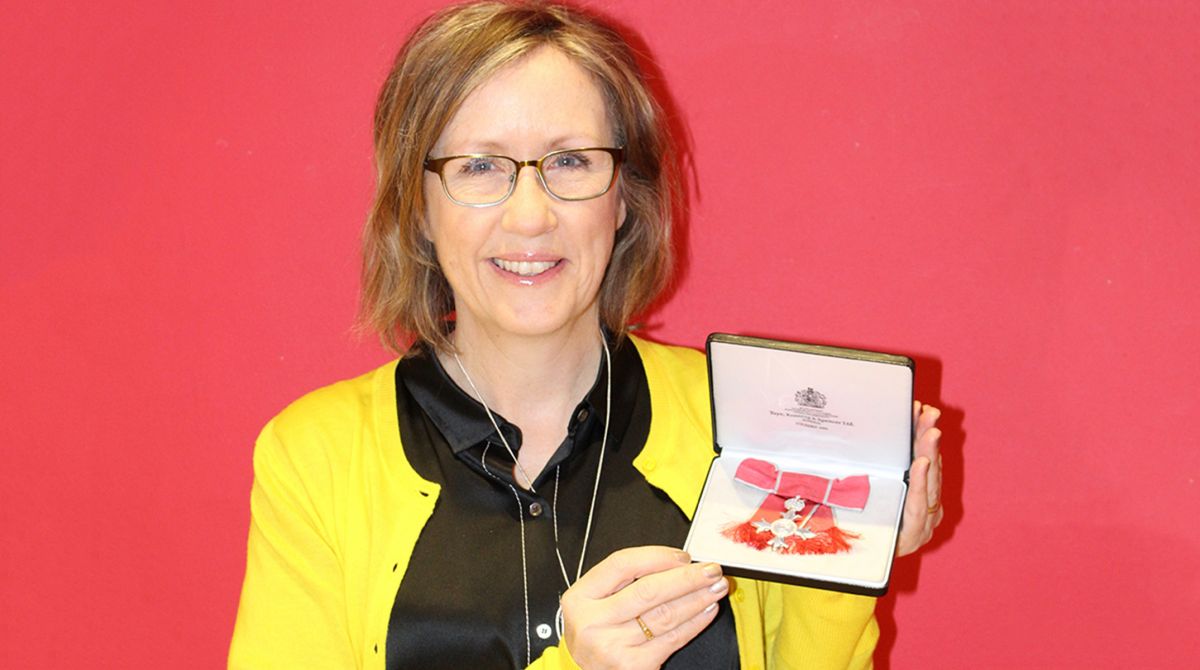 Fiona Jones, Professor of Rehabilitation Research at Kingston University and St George's, University of London, was presented with an MBE for services to stroke rehabilitation.

A Kingston University academic who has dedicated her career to supporting stroke survivors has been honoured for her achievements at an investiture award ceremony at Buckingham Palace.

Fiona Jones, Professor of Rehabilitation Research at Kingston University and St George's, University of London, was presented with an MBE for services to stroke rehabilitation by His Royal Highness The Prince of Wales last month.

After collecting her MBE from Prince Charles, Professor Jones, whose work has focused on helping people recover following stroke, brain injury and long-term neurological conditions – with a strong focus on person-centred care – told how meeting other award recipients and hearing their stories had been a truly moving experience.

"It was fantastic to be in a room with these people and learn about some of their incredible achievements," she said. "Being here surrounded by your family, you feel a real sense of pride in having your hard work recognised on a national level, but it's also very humbling. There are so many people I've worked with who also deserve to be celebrated, from clinicians to patients, families and other academics, so there's a part of you that thinks ‘why me?'. 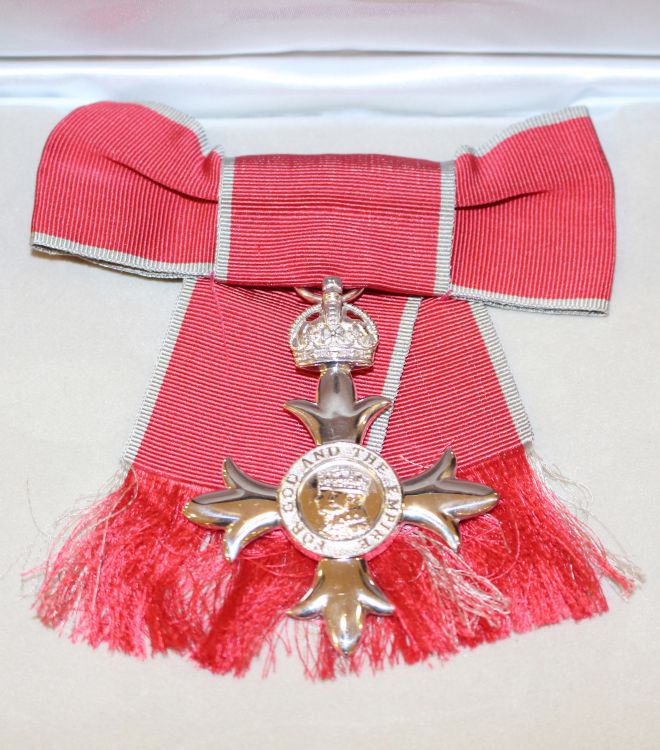 Fiona Jones was presented with an MBE for services to stroke rehabilitation by His Royal Highness The Prince of Wales."What's so important about this award though is the profile it gives to the field of stroke rehabilitation and the recognition of the ongoing efforts of so many people to improve the quality of life of those who have experienced stroke."

Professor Jones – who is based in the Faculty of Health, Social Care and Education run jointly by Kingston University and St George's, University of London – is the founder and CEO of Bridges Self-Management – a leading programme which aims to support stroke survivors.  Originally launched as a social enterprise in 2013, it has enabled health and social care practitioners and teams across the country to develop new approaches to rehabilitation and self-management.

Their research is informed by stroke survivors to help shape how support teams operate and determine what interventions should look like. "We're just trying to really understand the experiences of stroke patients and use their knowledge and skills to help inform treatments so that, in turn, we can help improve the services that cater for them," she said.

In addition to her work with Bridges, Professor Jones is also leading a project funded by the National Institute for Health Research (NIHR) which exploring new ways to improve therapeutic activity and the rehabilitation environment for acute stroke patients.

Across her career Professor Jones – who is a Fellow of the Chartered Society of Physiotherapists – has amassed a string of accolades including the UK Stroke Association's Life After Stroke award for excellence and the South London Higher Education Innovation Award for her role with Bridges Self-Management.

Meanwhile, the latest Kingston University staff and alumni to be recognised for their achievements have been announced in the Queen's New Year's Honours List. Nursing alumna Neomi Bennett has been awarded a British Empire Medal for inventing an aid that makes it easier for patients to put on medical stockings which prevent deep vein thrombosis – and Helen Sharman OBE – the first Briton in space and former technical manager at the University's Faculty of Science, Engineering and Computing – has been made a Companion of the Order of St Michael and St George for her outreach work in education.