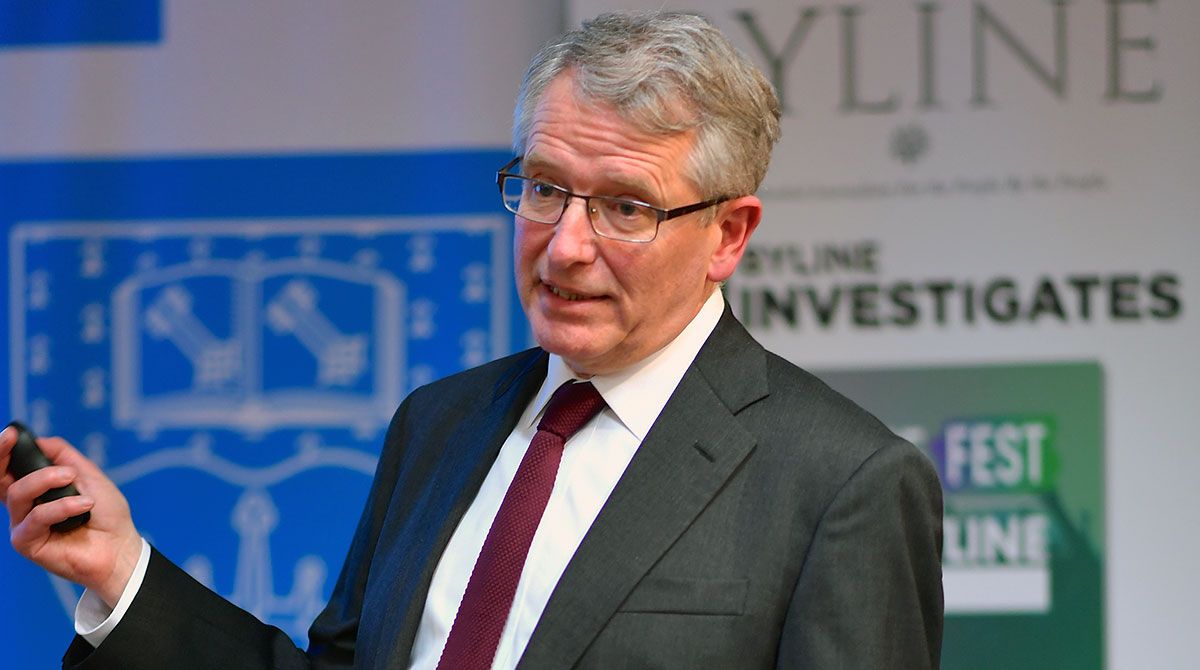 Professor Brian Cathcart has written extensively about the killing of Stephen Lawrence since the 18 year old's death in 1993.

A Kingston University journalism expert has analysed the impact of the Daily Mail's coverage of the Stephen Lawrence case during a public lecture ahead of the 25th anniversary of the 18 year old's murder next month.

Addressing an audience at Holborn Bars in central London, Professor Brian Cathcart outlined how the national newspaper's campaign – including its 1997 front page splash which accused five white men of the black British teenager's killing – is often held up as an example of tabloid journalism at its best. In his lecture, Professor Cathcart, an experienced journalist and academic who has written extensively about the murder during the past two decades, set out his views on what the Mail had achieved through its coverage, examining claims made by the paper.

"As a piece of theatre, the 1997 front page was a brilliant editorial coup," he said ahead of the event. "There's no doubt there was a sense of hopelessness and helplessness around this case and the Mail somehow electrified that, capitalising on the public's outrage and provoking fierce debate. Until now, however, the history of the Mail and the Lawrence case has received little academic scrutiny, with the widely cited claims around its importance rarely examined in any great detail."

During his lecture, Professor Cathcart said that, while all newspapers sometimes bragged, there were strong reasons why it was worth challenging some of the claims made in this case. "This is an important story. It's about the death of a young man. It's about this country and what kind of country it is. The Mail's intervention has to be held up to scrutiny and these claims need to be tested." 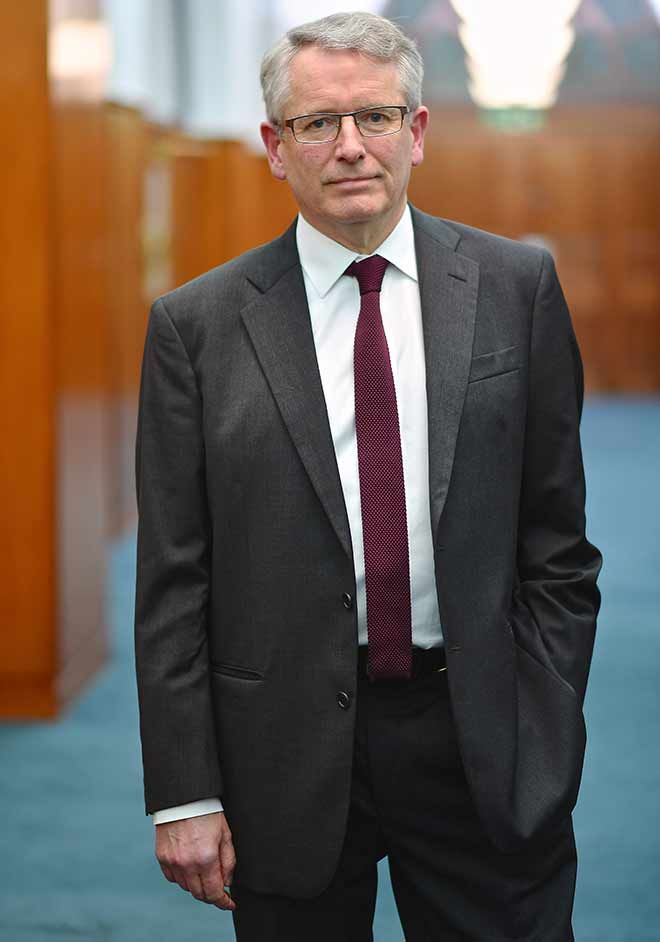 The Daily Mail's 1997 front page on the Stephen Lawrence case was a brilliant editorial coup, but some of the claims around its significance needed to be scrutinised, Professor Brian Cathcart contended..Stephen Lawrence was killed while waiting for a bus in Eltham, south east London, on 22 April 1993, with the case going on to become one of the highest profile racially motivated killings in the history of the United Kingdom. It led to a cultural shift across the country, with a 2008 public inquiry into the Metropolitan Police investigation concluding the force was institutionally racist. The fallout from the case also resulted in the repeal of the double jeopardy rule for murder and, in 2011, two of the original five suspects were found guilty of his murder.

Last October, Professor Cathcart authored a research paper assessing the Mail's coverage of the case, published in Political Quarterly. How far the Daily Mail could claim to have prompted the 1998 Macpherson Inquiry, ordered by then Home Secretary Jack Straw in July 1997, was one of the topics from the study discussed during the lecture.

"As Jack Straw himself has stated, that front page changed public sentiment and created the political space for him to act," Professor Cathcart, who in recent years has become a leading media standards campaigner after co-founding lobby group Hacked Off, said. "However, the most that could be claimed is that the Mail helped ensure the inquiry was ordered in July rather than December that year.

"Five months later, a Police Complaints Authority report was published and its findings would have left Straw with no choice but to order a public inquiry at that point. In actual fact, the Mail didn't call for one and didn't want the kind of inquiry that was set up. What the newspaper did do may have made a difference, but not a substantial one," he contended.

Following the lecture, Professor Cathcart reflected on the influence the newspaper could claim to have had on securing the eventual murder convictions, as well as whether editors should consider running similar front pages in future. "While the argument the Daily Mail kept pressure on the police over the years could be made to a point, the Metropolitan Police had powerful reasons of its own for wanting to bring those guilty to justice," he said. "The successful police investigation that began in 2006 came after a powerful BBC documentary in to the case two years after the Mail had more or less wound down its campaign.

"As for whether such a front page should be repeated, I would urge editors to keep a clear head on this," he added. "Whatever else it was, the front page was a gamble, as the Daily Mail had no evidence in February 1997 other than what was already out there in the public domain." The newspaper had in effect told its readers the original suspects were murderers on the basis of a hunch, daring them to sue if it was wrong, Professor Cathcart said. "We don't know why they didn't sue, but even if they had wanted to, they wouldn't have been able to afford to bring a case to court.That seems to me something as a society we should be uncomfortable about."

Whether the Mail had helped improve race relations in the country as a result of its coverage of the Lawrence case was a question likely to continue to split opinion, Professor Cathcart said. "The Lawrence case changed Britain – it was the first occasion white Britain engaged with, and felt sympathy for, a black family in its midst. I'm prepared to give the Daily Mail some credit for that. The sad thing is it's something the Mail itself would never claim," he said. "The irony is that the Mail at the time refused to accept race had any part to play in the story – it has always placed the focus squarely on crime and punishment."