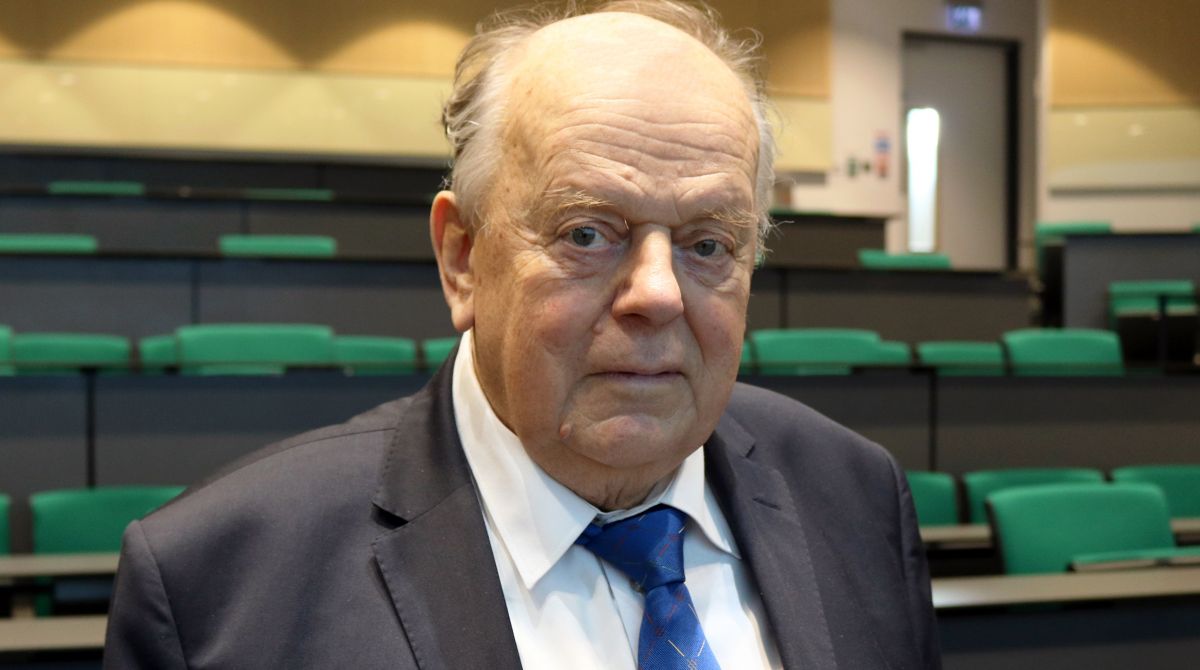 Stanislav Shushkevich gave a lecture at Kingston University about his involvement in the break up of the USSR and his hopes for a more democratic future for Belarus.

A former Belarusian leader and nuclear physicist outlined the role he played in the break-up of the Soviet Union, the legacy of the Chernobyl disaster and why he gave up his country's nuclear arsenal during a visit to Kingston University.

Stanislav Shushkevich was the man who convened the historic 1991 meeting – with Russia's Boris Yeltsin and Ukraine's Leonid Kravchuk – that led to the signing of a declaration that dissolved the USSR.

As the first head of state of independent Belarus, he went on to carry out reforms that saw his country's 81 nuclear warheads returned to Russia, and has continued to campaign for democracy in his homeland since leaving office in 1994.

Addressing an audience including politics, environmental science, geography and geology students at Kingston University's Penrhyn Road campus, Professor Shushkevich reflected on his decision to push for independence in the face of widespread international opposition.

"It was a crucial step but many people warned of the dangers of doing so," he said. "French president Francois Mitterrand said it would result in a number of small independent nuclear countries and be damaging for world peace. Margaret Thatcher felt the biggest threat [to peace] was the break-up of the Soviet Union, while Henry Kissenger, the American politician, said no one would support these countries.

"But we decided to go against everybody and it was the first time such a big country had broken up with no bloodshed at all."

Explaining his decision to push through the removal of all his country's nuclear weapons, Professor Shushkevich told of how he had feared Belarus would have become a prime target if war had broken out. "If a nuclear war had started, the first target would have been the above-ground Belarusian nuclear sites," he said. "Belarus would have been destroyed. From 1992 to 1993 the documents were signed and two years later Belarus didn't have a single nuclear rocket. 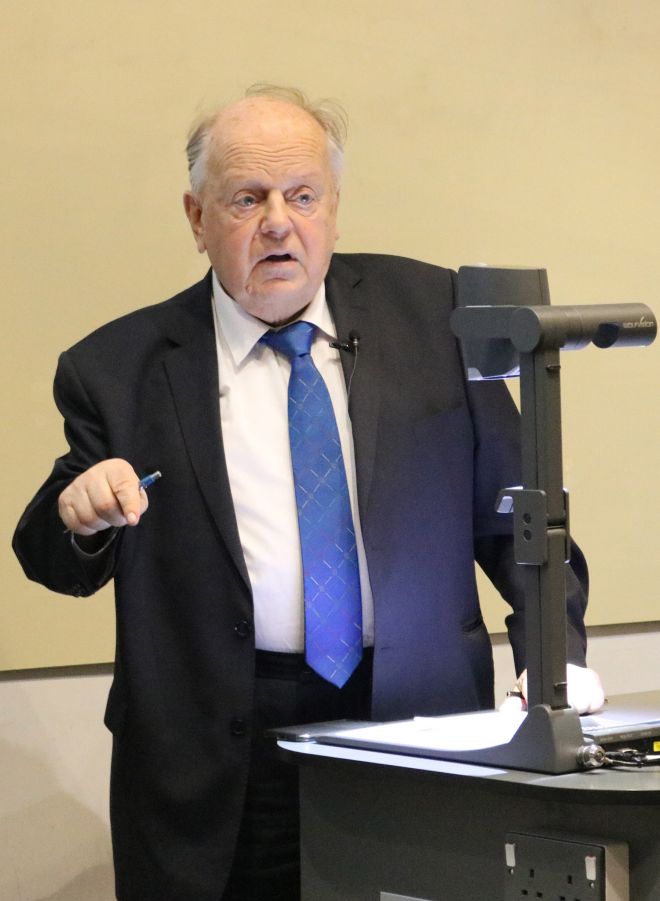 Professor Stanislav Shushkevich spoke of his hopes of a truly democratic future for Belarus during a visit to Kingston University."When the Chernobyl nuclear reactor exploded in Ukraine – then part of the Soviet Union – close to the Belarusian border on April 26 1986, Professor Shushkevich had been working as a nuclear physics professor in Minsk.

Detailing what happened in the hours, days and weeks after the initial explosion, he recalled the secrecy imposed on Belarusian scientists by the Soviet regime. "My colleagues were travelling around Belarus measuring radioactive isotopes but were not allowed to share the information publicly, instead having to report in to their Soviet departments," he said. "The first publication of maps detailing how the radioactivity had affected the country wasn't for several years.

"Once the Soviet Union had been dissolved in 1991, we wanted to try and provide more medical support and ensure we could help those most in need following the catastrophe, but this was almost impossible due to the economy. There were many heroes from other countries who came to our aid, raising money for hospitals and inviting Belarusians to travel abroad to help them recover."

Speaking after his lecture, Professor Shushkevich outlined the importance of education in helping counter the ideology of those currently backing the formation of a new Soviet Union in his homeland, and told of his belief that Belarus would eventually become a truly democratic country.

"I am sure that a new generation of Belarusians will bring Belarus to democracy, though I'm not sure it will be any time soon as there are many powerful anti-democratic influences strongly supported ideologically and financially by Russia. That is why education for our young people – both at home and through studying abroad – is so important."

Professor Shushkevich was invited to Kingston University by Dr Alan Flowers, who has dedicated much of his academic career to working on educational initiatives and research projects examining the widespread impact of the Chernobyl explosion. "It was fantastic to hear from Professor Shushkevich about his role in some of the defining moments in our recent history, as well as the impact and legacy of the Chernobyl disaster in Belarus," Dr Flowers said.

"It's so important for students to hear directly from people who have been in responsible positions when major emergencies arise or key decisions have to be made to really understand how it's often one person in the right position that can make the difference, given the opportunity."