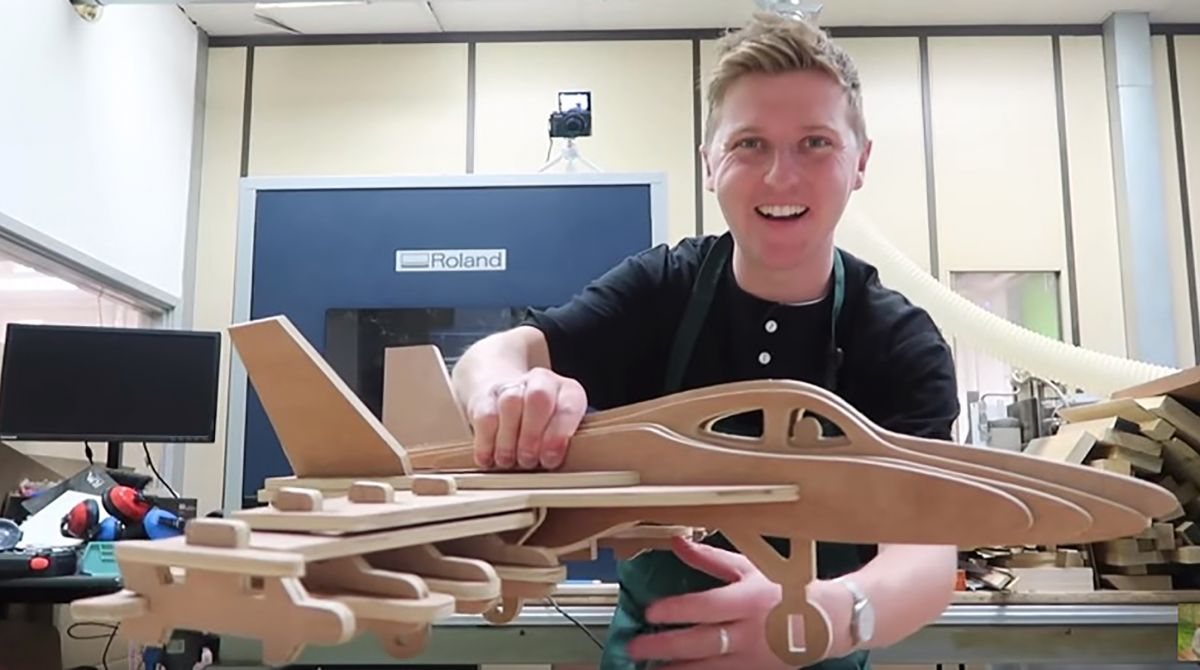 YouTube sensation Sean Elliott O'Connor returned to Kingston School of Art to remake his favourite piece of coursework – and offer his online audience a glimpse of life at Kingston University.

Since completing his BA(Hons) Fine Art degree in 2014, Sean has gone on to become a full-time social media content creator, with almost half a million subscribers on his popular YouTube channel.

Alongside fellow Kingston University graduate and blogger girlfriend Poppy Deyes, the 27 year old has built up a huge following through creating regular video blogs (vlogs) covering topics from art to travel and food to fashion.

With his fan base keen to know whether he was planning to start painting and making sculptures again, returning to Kingston School of Art provided the perfect opportunity for Sean to show off his skills by bringing together his two creative passions – making artwork and making vlogs. "It's weird to think that that only five years ago I wasn't vlogging and didn't have a YouTube channel," he said. "I had a great time studying at Kingston University and now I'm able to come back and share my experience with my followers – it's mad."

The piece of art work Sean enjoyed the most while at university was building a 3D model of an aeroplane. As he explains in his vlog, Sean – with the help of technician Tim Clarke – programmed the computer numerical control (CNC) machine at the University's Knights Park campus to cut out small shapes from wood based on a digitally rendered drawing which he then assembled into a scale model.

"While I was studying at Kingston I made huge sculptures – I made a six foot helicopter as well as a couple of aeroplanes which were quite larger than the one I've come back to make, but I obviously I had to make a smaller one so it can fit in the car."

Kingston School of Art's ethos is ‘thinking through making', with students having access to cutting-edge technology within the workshop facilities – and Sean was delighted to get a chance to work in that environment again.

"What was so fun working in the 3D workshop was rubbing shoulders with people on other courses and brainstorming with each other – for example, some of my friends used to make children's toys out of wood, and you'd start chatting about how you could make them.

"The best part about being at this University, for me, was definitely working in the 3D materials workshop because it's just such an exciting environment to work around – everyone's just making incredible stuff."

Welcoming back alumni to campus and learning about their career achievements was something academic staff at the University always took pride in, according to senior lecturer Stephen Hughes, who was Sean's tutor at Kingston School of Art.

"It's always great to see our graduates return to the University and find out what they have been getting up to," he said. "Sean is so passionate about what he does and his vlog is a fantastic way of providing an insight into what it's like to be a student at Kingston School of Art – and a unique means of showcasing some of our facilities in a different way to how students may see on an open day".