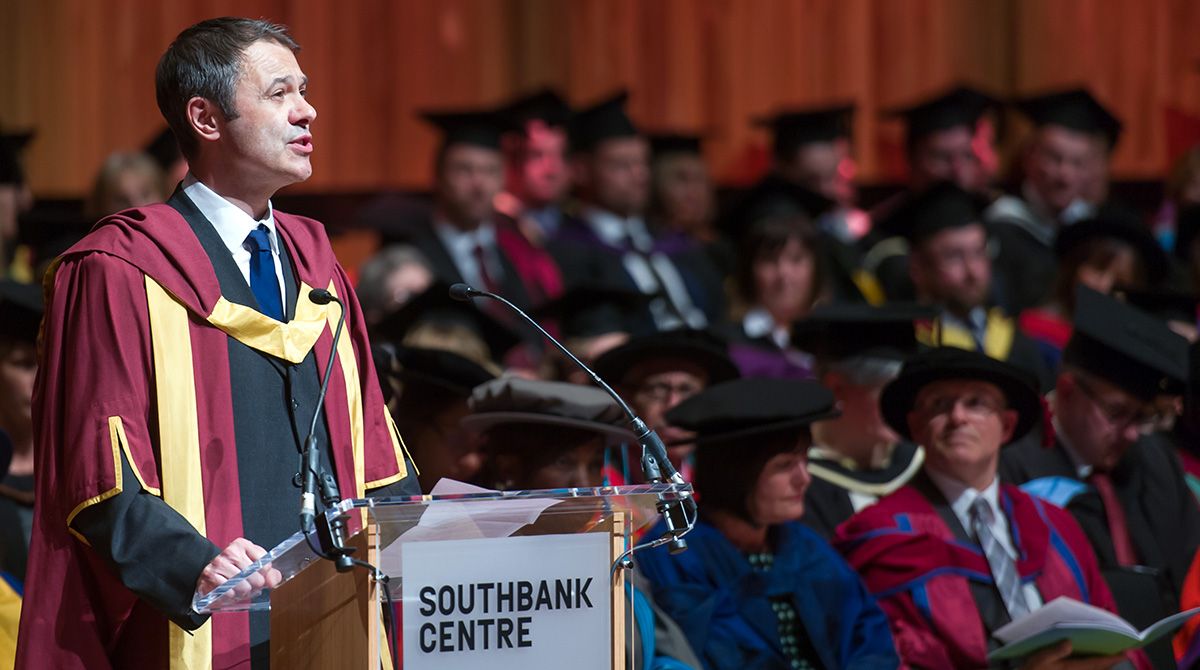 Professor Scott Reeves at the 2017 graduation ceremony for the Faculty of Health, Social Care and Education.

Tributes have been pouring in from around the globe following the sudden death of Professor Scott Reeves, a globally respected academic in the Faculty of Health, Social Care and Education, run jointly by Kingston University and St Georges, University of London.

An internationally renowned health care specialist and social scientist whose career saw him take up the role of professor at leading institutions across three countries, Professor Reeves worked in health professions education and health services research for more than 20 years.The much cited academic, who joined the Faculty's Centre for Health and Social Care Research as Professor in Interprofessional Research in 2013, had also been Editor-in-Chief of the Journal of Inter-professional Care since 2009. 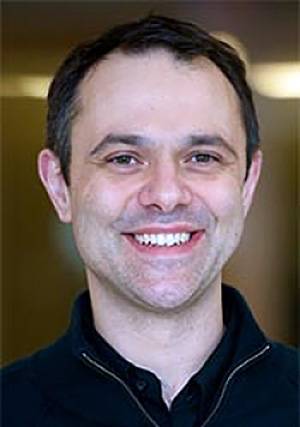 Professor Scott Reeves. Paying tribute to a friend and colleague with a warm smile and a fierce intellect, Professor Andy Kent, Dean of the Faculty of Health, Social Care and Education, spoke of the pride staff across the Faculty felt to have known and worked with him. "Scott's untimely death is a huge loss," he said. "Anyone meeting him for the first time was immediately impressed by the good natured, modest, gentle man who could light up the room with his smile and who had that rare gift of making whoever he talked to feel the centre of his world."

Beginning his academic career as a research assistant at City, University of London, Professor Reeves went on to work as a research fellow at City and London South Bank University among others. His PhD thesis on the development and delivery of practice-based interprofessional education set the scene for a prestigious transatlantic career researching collaborative practice and interprofessional education.

Professor Reeves went on to spend a decade in North America, initially in Canada at St Michael's Hospital and the University of Toronto, followed by a move south to the United States at the University of California in San Francisco. During this period he developed research collaborations across countries as far afield as Australia, Brazil, South Africa and Taiwan. He returned to the United Kingdom in 2013, when he was handpicked for the role of Professor in Interprofessional Research at Kingston and St George's.

Having Professor Reeves join the team had been a huge boost to everyone in the Faculty, Professor Tom Quinn, Associate Dean of Research, said. "Scott not only brought his sharp intelligence, research expertise, charm and charisma, but his extensive international network in an area that we were keen, and ideally placed, to develop interprofessional education," he said. "He was a natural fit in a Faculty that held the majority of the caring professions within its portfolio - allied health, initial teacher education, midwifery, nursing and social work.

"Scott made the most of the many opportunities that were presented to him, continuing as Editor-in-Chief of the Journal of Inter-professional Care, and in his role as a founding member of the Centre for the Advancement of Inter-professional Education (CAIPE). He served on several national and international committees, and closer to home, chaired the Faculty's ethics committee, supporting the research ambitions of our students and staff and lending them his wisdom."

While always demonstrating a commitment to achieving his work and research ambitions, Professor Reeves was equally determined to make time for students and colleagues, Faculty Dean Professor Andy Kent said - always celebrating the successes of those he taught and worked alongside. He attended the Faculty's graduation ceremony last week and, just hours before he passed away, led the launch of his new Interprofessional Working and Learning Research Group.

"Scott was in typically high spirits that day, brimming with optimism and purpose," Professor Kent recalled. "His mood was infectious and, given his relatively young age, it was clear to everyone that this was a man who would go on to build on the huge foundations he had already laid. With the development of integrated care in the United Kingdom, it very much felt that the rest of the world was catching up with his ideas and he had come into his time."

Professor Reeves's last piece of co-authored research, entitled Interprofessional Collaboration for a Health System in Crisis, has been published in his memory.